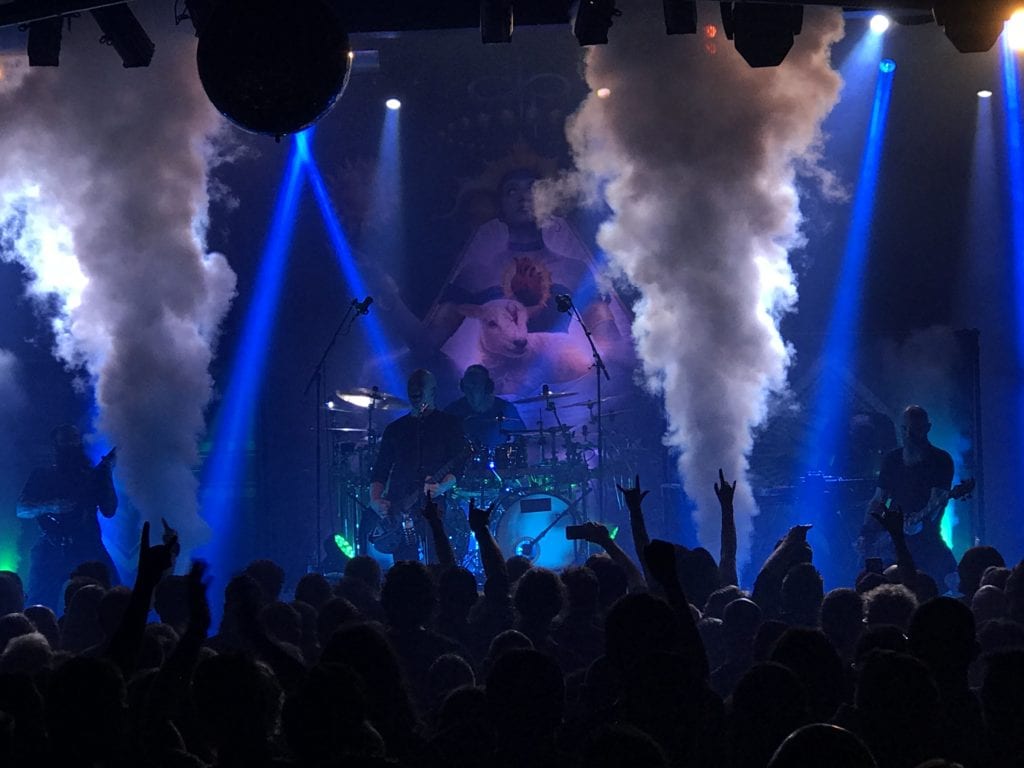 Another sold out mid week gig in Melbourne. 170 Russell once again our venue of choice (one of our cherished few left) and tonight we we witness to round tw of the Dev. But more on this incredible human in a moment. First lets check in on how Sydney’s instrumental prog maestro’s Sleep Makes Waves held up. I’ve seen these lads a few times and I always get sucked in for the first three or four tunes and battle through the lack of vocals. Appreciating that what is at their inner musical core is as good as it gets, but the fact that there a no vocals leaves me hungering for something more. Having said that, Sleep Makes Waves are fucking good, they write amazing songs which equates to a cracking live performance full of energy and driven by incredible focus and desire.

We were here for the Dev on this the initial sold out Wednesday night show. (There was a show on Tuesday night). There was most definitely a feeling of unity and togetherness in the room on the night. Last week we saw the tragic passing of the one and only Chris Cornell and fast forward to the day before the show on Tuesday morning our time had seen a horrendous injustice unleashed upon a large crowd of innocent concert goers in Manchester consisting of young children and their caretakers and many others. It is a reoccuring story that is most definitely numbing our senses. We, here in Melbourne as hardened gig attending regulars, I know were very much shaken by what occured as was Dev. He stated as much later in his performance. Normally he is the one individual in musica who takes himself as far from seriously as he will allow. Fart jokes and references to ballsacks aplenty would be the norm on any other given week. But not this one in Australia. The body and spirit were most definitely ready to be taken on one of Devin Townsends magnificent journeys, but the aura was blurred and tonight in Melbourne was purely an experience where all jokes and nonsense were replaced by a oneness only Devin Townsend can command.

DTP’s gig’s on any other tour included magnificent visuals and the aforementioned Fart jokes and references to balls and their outer sacks. Tonight we were having none of it. For ninety minutes all 800 of us were contained within the heart of Devin’s palm, a rareity I have only experienced on a handful of occasions. His voice had been fading for days clearly, we could hear his speech getting worse as each song ended and he, as always thanked the crowd the crowd and gave us his love. It sounded as if he would break any second, but no! Every song Dev battled through, gaving every lyric and word his most passionate breath as if it would be his last. Tonight the dtp were as stripped back as they could be, as I mentioned, there were no visuals or nonsense. Just a five piece band at the top of their game and delviering Devin Townsend‘s heart and soul as if it would be their last performance. And he’s been touring here for every major tour for twenty years. All of which I have been to. This Metal V has never missed a Melbourne tour of Devin‘s whether it be with SYL or The Devin Townsend Band. I’m an uber fan and on this Wednesday night in Melbourne I witnessed my hero deliver a performance quite new and I feel there would be many facets behind this.

A back catalogue of now 22 dtb/dtp there are so many songs to choose from so we know each new tour is going to be TOTALLY different. Plus there are never any obligatory token encore songs he plays. The setlist is ever fluid and organic. Starting with one of my faves from the Z2/SKY BLUE release ‘Rejoice‘ it was a cracking way to get us in the mood for a solid evening with the Dev.

Then, oh our fucking gods – ‘NIGHT‘. Twenty years in and Ocean Machine – Biomech still sounds as perfect as the day it was released which lead us symbiotically into ‘Stormbending’ from last years epic and stripped back yet massively depth filled ‘Transcendence‘. Remembering readers, tonight we have no visuals and the like to distract us from any other than the perfection on stage before us. Launching next into ‘Failure‘ also from ‘Transcendence‘, our night then rolled on as fluidly as we expect from an evening shared with the Devin Townsend Project

It was eleven songs in that Dev decided to stray from his preivous nights shows, which at this point included ‘Bastard‘ from Ocean Machine replaced with the pure beautiful magnificence that is ‘The Death of Music’ and all thirteen minutes of it. Dev is now sans guitar, his voice is clearly beyond perfect at this point and yet it was the moment all 800 of us were mesmerised and hypnotised by one magnificent human, Mr. Devin Townsend. Before the song started, Dev’s monologue on how shit this week has been and why we as music lovers, whether it be of the pop or heavy variety we are unified without fear of judgement or fearing anything can get in the way of what we love at it’s core and that is music that speaks to us. The delivery was exceptional and almost faultless from all perspectives. So of course without thinking it could get any better, our ninety minutes almost up, one of the beauifully uplifting tracks for the evening ‘Kingdom’ originally on ‘Accelerated Evolution‘ and rerecorded for ‘Epicloud‘ our nights end was a roller coaster delivery from the dtp and for that there was no apology or judgment. We then got a solo accousitc rendition of ‘Ih-Ah’  (fuck I wish Dev could get the opportunity to bring Anneke to Australia with just one tour so we could here this duet!) And it is here that we sadly come to another of our cherished evening with the magnificent human that is Devin Townsend and the dtp. Our farewell tune was ‘Higher‘ from ‘Transcendence‘. I guess we could see this song as a fitting end to the evening, typically proggy and heavy, with tons of wankery as only Devin can deliver.

We as a musical loving human collective needed this night, whether you’re a fan and weren’t there, or not a fan and have been touched by the tragic shit we experienced over the past week, the devin townsend project and more importantly the namesake gave a perfomance the drew us in for a ninety minute hug that is hard to replicate. 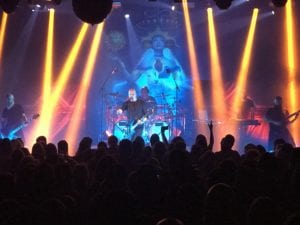 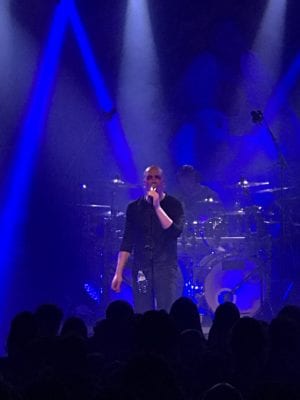