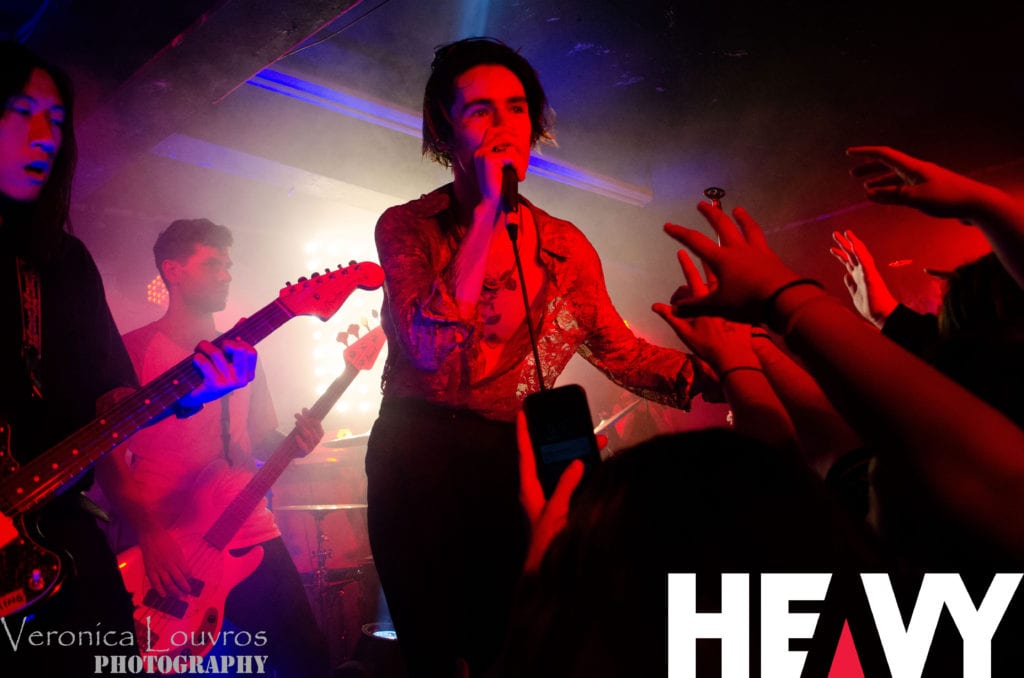 Not including festivals, it’s been a long time—like, a really long time—since I went to an all ages day gig. Possibly ten plus years ago in high school was the last time (damn that makes me feel old), so it felt a little strange getting to The Evelyn Hotel in Melbourne around 3 pm for Storm The Sky‘s headline show. They’ve kept fans waiting a long time for a headline tour in celebration of their latest album, Sin Will Find You (around seven months in fact) and the fact this show is sold out says a lot about how popular the band have become in recent times.

Brisbane’s The Comfort are on stage when I enter the already packed out venue. The alternative rock two piece add a couple of extra band members for their live shows and get the night—day, sorry— off to a nice start. Their latest EP, Love, was released recently.

Storm The Sky handpicked both support bands for this tour and both happen to hail from Brisbane. They’re also both quite a different brand of music. We go from the mellow, alt-rock sounds of The Comfort to Stepson, a heavy hardcore punk band who have the crowd moving within moments. Frontman Brock Conry has a great voice and the band have a fantastic stage presence as a surprising number of fans sing along with every word.

The venue is packed to capacity by the time Storm The Sky hit the smoky, blue-lit stage. Kicking things off with Second Best and then the heavier, Jaded Ghost, the first two tracks to Sin Will Find You, most of the crowd are singing along with frontman William Jarratt. This is a good thing as, unfortunately, his vocals seem a little quiet at times and the music a little too loud to the point of being distorted. This is thankfully sorted quickly and the five-piece play through many (if not all) of the tracks on their latest album including the acoustic track, In Vein.

After nearly an hour, the band leave the stage before quickly reappearing for three encore songs. The first of which features (I believe) former unclean vocalist (screamer) Daniel Breen to the surprise of many. It’s great to see and it also shows just how much the band’s sound has changed since he left last year. Their new alternative/experimental rock sound still, somehow, works just as well for them as their old metalcore sound. And, after seeing Storm The Sky live for their third time in almost as many months (I recently caught them twice supporting The Used in November), they’re quickly becoming one of my favourite Australian bands.