The first thing you notice when entering 170 Russell for this, night two of The Used‘s 15th-anniversary tour, is the set. A cardboard tree with a giant love heart hanging from a noose from one of the branches – just like the album cover – and In Love and Death written on a metal archway across the stage. It’s a great sight and a great sign of things to come. But before we reach The Used performing their 2004 classic in full, it’s time for Sydney duo Corpus.

Last night, I dunno what it was, but I just couldn’t get into Corpus – the band made up of guitarist/singer Keiron Steel and drummer/singer Jack Bruun-Hammond – but tonight I quite enjoy their half hour set of ‘garage metal’. Keep your eyes peeled as the band are going to be releasing their debut album soon. They end the set with their new single, Swerve. 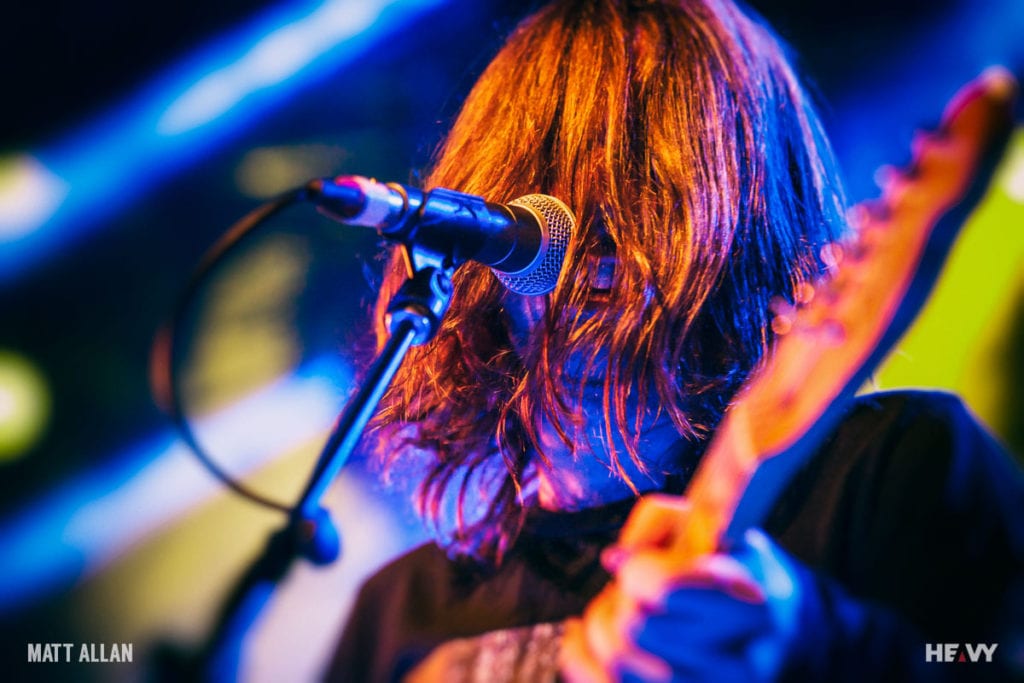 Melbourne’s Storm The Sky recently released their new album Sin Will Find You. Called the “death pop” album of the year by Blunt Magazine it’s not hard to see why. The boys play a different set to last night but it’s just as powerful. Frontman William Jarratt is an extremely underrated singer and how this band aren’t bigger than what they are is beyond me. They’re definitely on the verge of exploding out of the local scene and their live set is something that has to be witnessed first hand. 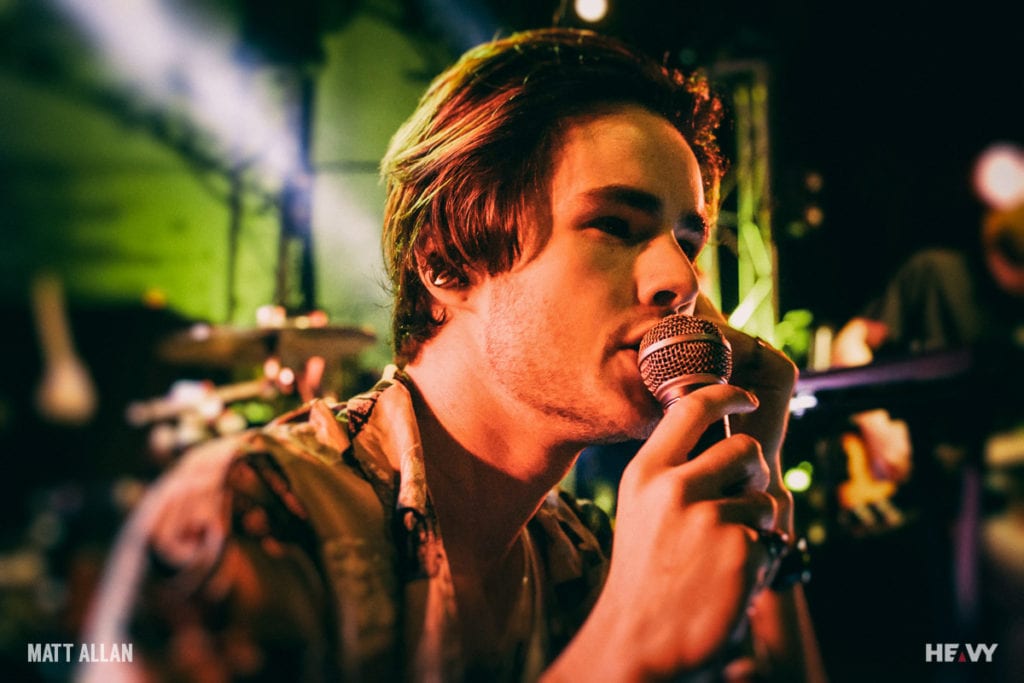 Technical issues delay The Used coming out but that doesn’t bother the crowd too much as they have a 90’s pop and R & B sing along to tracks by Spice Girls and Backstreet Boys. It’s a far cry from what’s to come. But finally, almost fifty minutes after Storm The Sky departed the stage, it’s time. That large red heart starts “beating” before The Used enter and quickly launch into long time fan-favourite Take It Away and everyone is singing along with every word.

Just like last night, frontman Bert McCracken states that at a The Used show it’s about being your childlike self again and it really is a true party atmosphere. You can tell the band is loving this as much as everyone else. They even include a sneaky cover of Ben E. King’s Stand By Me.

McCracken explains before some of the songs what they are about, which is certainly interesting for those who don’t know. For example: All That I’ve Got is about McCracken’s first real exposure to death when his teacup chihuahua David Bowie was hit by a truck and killed while they were recording the album. This is an album that has not only helped many a fan through a tough time but even the band. Especially McCracken. The whole album is really about death (hence the name). He even states that Hard To Say is a song that saved his life after he wrote it about his pregnant ex-girlfriend who died from a drug overdose. You can tell when he’s performing that track just how much it means to him.

After the final track, I’m A Fake, the band leave the stage but the lights don’t come back on meaning there’s more to come. Could it be their cover of Under Pressure? The bonus track on the album. After more technical issues, in which Bert sings the Play School theme, the band launch into Pretty Handsome Awkward from their third album Lies For The Liars which is a great surprise. Too soon, however, they leave the stage leaving us all wanting more.

As good as their self-titled show last night was, tonight’s In Love and Death performance was just incredible in so many ways. And with the promise of another fifteen years together and a new album to come next year it seems fans won’t have long to wait very long to catch their favourite band live again. 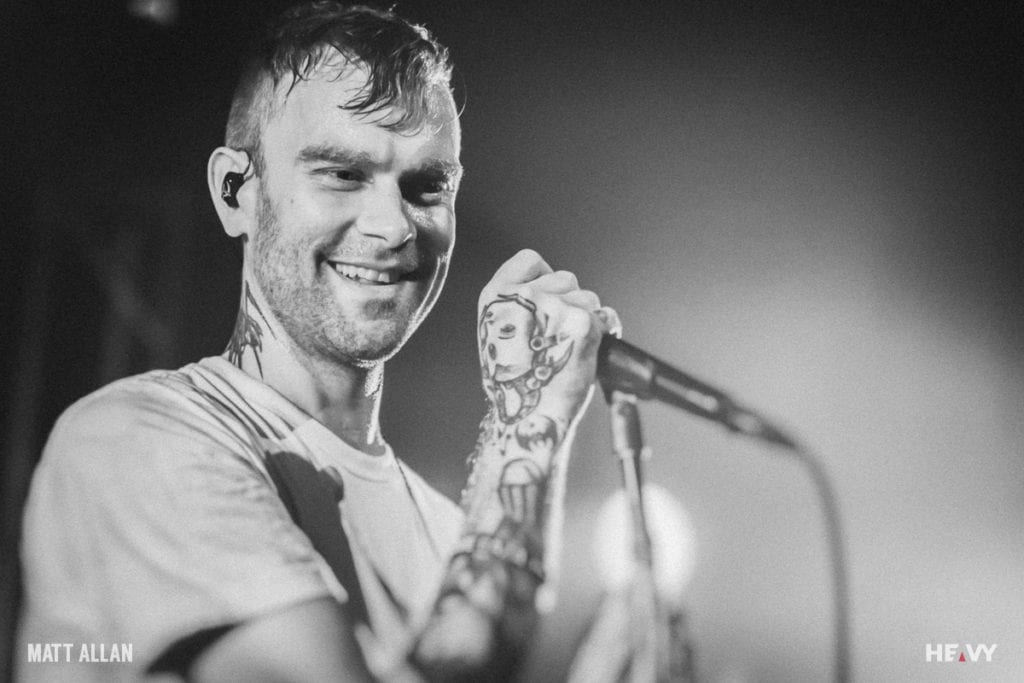 The Used 15th-anniversary tour
with Storm The Sky & Corpus