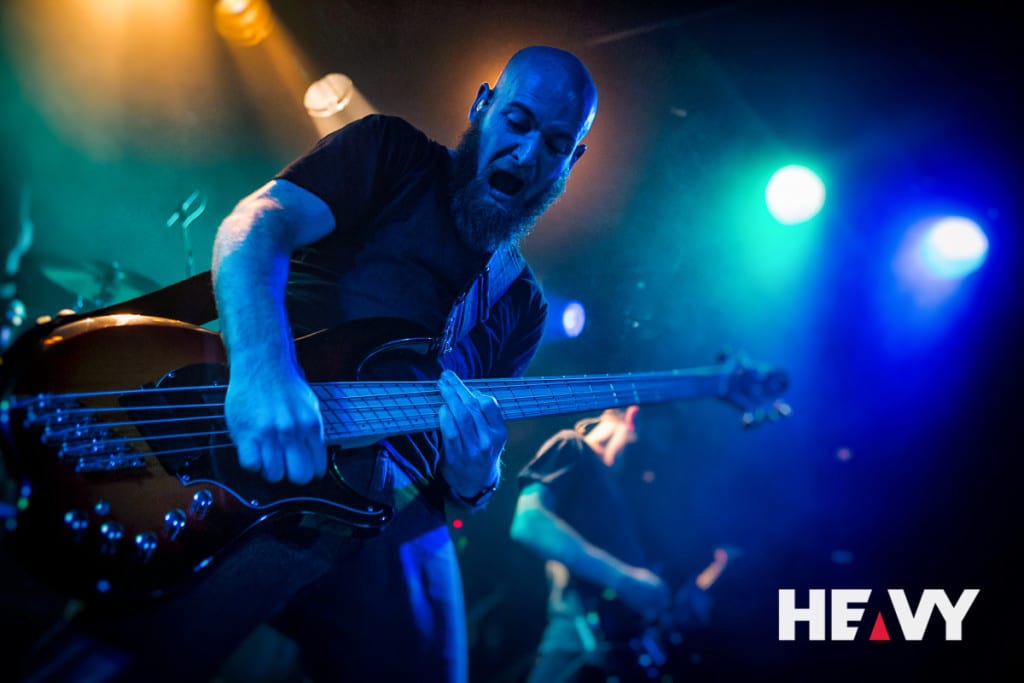 Whilst music, in general, can be considered a wonderful mood-lifter, and ‘music therapy’ is definitely a thing, I remarked to a friend at The Corner Hotel this night that Tangled Thoughts of Leaving are not a band you would take a depressive person to see to help them feel better. And I mean this in a complimentary fashion to the band, their music is doomy and droney and unerringly grim, in a post-rock manner, and this is precisely the vibe they are intentionally creating with the walls of sludge that are tumbling off the stage.

So much so that the music is almost formless at times, the guitar and bass, and yes even the keys tend to become one, with only the abstract drum patterns holding it all together. Then, just to prove that the band are actually locked in completely tightly together and know exactly what they are doing, they will pull back to a haunting piano section that veritably sends shivers down your spine. Their music is all about lengthy build-up, leading into massive crescendos and then brief moments of reflection, before bringing the dredge again. This is very much niche music, but if you happen to dig this niche, then TTOL are definitely one of the better exponents of it going around.

I love live bills that feature bands that sit comfortably together, but don’t all sound the same, and that is exactly what this night provided. In massive contrast to TTOL, American tech outfit The Contortionist hit the stage, and after some early shakiness, they truly made the Corner stage their own with their extreme technical virtuosity. This band deal with subtleties and nuances just as much as they do with full frontal assaults on the senses. In fact, unlike many other bands of their ilk, their music is based on ambience and the building of tension, with moments of in your face brutality, instead of the other way round.

This band live up to their name, their music is twisted and flexy, with very little in 4/4 time, and singer Michael Lessard is more of a thinking man’s frontman, although he can still certainly howl his lungs up when the need arises. The Contortionist were a revelation this night, their set just seemed to slide by too quickly. I could have done with at least 15 more minutes of that.

I consider sleepmakeswaves to be among my favourite all-instrumental acts on the planet, if not my absolute favourite. And in a live setting, they just seem to get better and better every time I see them. I was fortunate enough to attain a position close to the front this night, and this meant that their sound and live performance truly washed over me and enveloped me. The energy pouring off the stage and the intensity created when these guys play live really is something to behold. And it’s not as if their music is a relentless brutal assault. The power comes from dynamics, and the ebb and flow, the layering of the sounds, the noise and the ambience, from the intertwining lines. From the way in which the instruments and their players work off each other.

Of course, and maybe I’m biassed towards percussionists, but much of the strength comes from the ‘ever in fluid motion’ propulsive playing of drummer Tim Adderley, who is all hair and syncopation.