Melbourne is used to big events. Things like the AFL Grand Final, the Melbourne Cup and the Grand Prix bring a feeling to the city that can’t be replicated. Yes, the festive nature that engulfs the city during a major sporting event is something you have to feel to believe. Now the city has felt that same euphoria from a band.

Not since The Beatles visited the city in 1964 has a city become obsessed with a band the way the city did for the Foo Fighters on their Concrete & Gold world tour. Not only did the crowds milling into Etihad Stadium look like an AFL finals gathering but the city itself changed. A local laneway became Foo Fighters Lane, a bar changed its name and the Foo Fighters had their own brew on tap. There were was the army of people that flooded Melbourne’s CBD from 4 pm onwards wearing Foo Fighters’ T-Shirts and beanies of all eras and colours.

Early-comers to the gig got to see a worthy opener with Southern California’s very own Weezer putting on their own mini-concert. While some questioned why Weezer were opening for the mighty Fooies, there is history there. The band previously toured together in 2005 and Dave Grohl is close personal friends with Weezer frontman Rivers Cuomo. 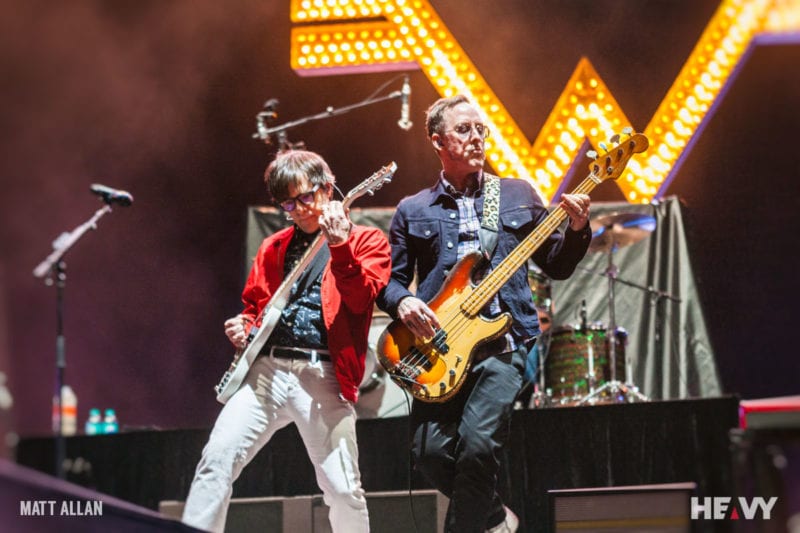 Weezer were in fine form as well. While their indie rock sound did sound a little strange trying to fill every inch of a huge stadium it did work and by the time they belted out El Scorcho the stadium was rocking… the band even added to the atmosphere by changing Green Day to Foo Fighters during the track. From there on Weezer had the audience in the palms of their hands. The crowd eagerly joined in as Weezer delivered classics like Undone-The Sweater Song, Buddy Holly and Beverley Hills. The big moment of crowd participation hit though when the crowd lapped up Weezer covering The Pixies’ Where Is My Mind? The indie rockers then closed with their biggest hit – Island In The Sun, another song that was certainly ramped for the live show and had the stadium going.

Then the moment came that everybody was waiting for. The Concrete & Gold tour logo dropped from the roof revealing the most important rock band in the world at the moment – the FOO FIGHTERS. And boy were Grohl and co. in fine form.

Thanks to the band’s pre-show routine of jamming beforehand the band hit the stage running. First up tracks Run and All My Life were delivered with an energy normally reserved for the latter stages of a show. And then without taking a breath the band launched into Learn To Fly and The Pretender. It was then that I realised that the Foo Fighters are now at that stage of their career when every track is recognisable as they deliver hit after hit in their stage shows. 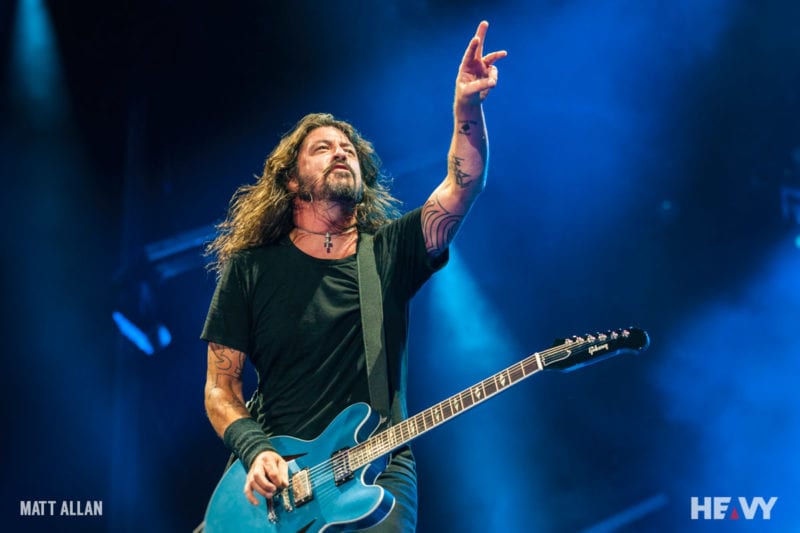 Newer tracks like The Sky Is The Neighbourhood shows how the band embraces the old school rock sound with a great mix of their alternative edge. While tracks like Best Of You, My Hero and These Days had the audience singing along, it was easy to see that what left everybody in awe was the tracks that seemed to feel like history was being made. Like a live iPod, it seemed every band member played a track that they loved – Chris Shiflett delivered a fantastic rendition of Alice Cooper’s Under My Wheels while the whole band paid tribute to The Ramones with the truly memorable Blitzkrieg Bop. And the covers kept coming – Rivers Cuomo came back to the stage to help out on Detroit Rock City while the Aussie crowd came to life as the Fooies paid tribute to the late, great Malcolm Young with a version of Let There Be Rock. The highlight of the night though was when Tyler Hawins stepped out from behind the skins and delivered a sensational cover of the David Bowie/Queen classic Under Pressure. As he reached notes made famous by Bowie and Freddie Mercury we all came to realise that Hawkins vocal skills are truly remarkable.

To make this night even more memorable the band’s theatrics showing Grohl having to be persuaded to come back onto the stage to do an encore was creative and hilarious and the band’s decision to play older classics like This Is A Call and For All The Cows shows that they certainly care for their hardened long-time fans.

There is no way you could fault this Foo Fighter’s show. Everything was perfect – vocally and musically the band were awesome while the setlist kept every fan happy and the energy that stayed for the entire show made sure this was a gig that we would never forget. If you’ve never seen a Foo Fighters live show then I’m sorry but you’ve never really seen a rock concert. 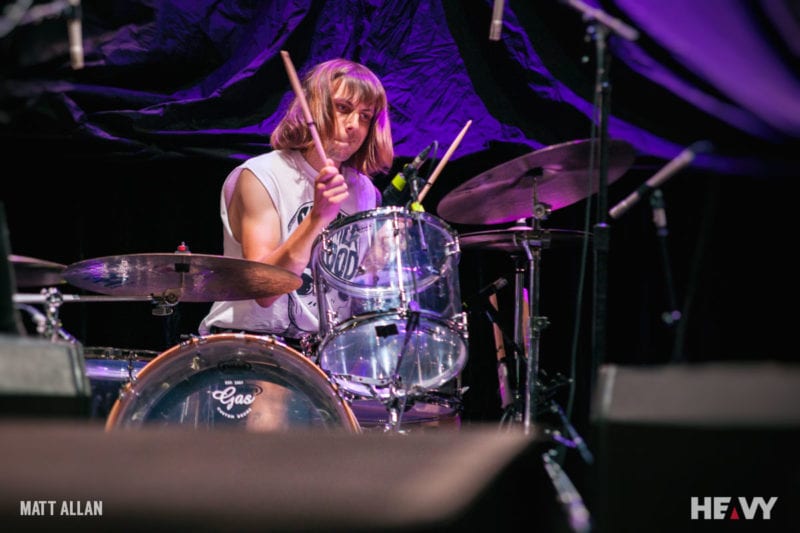 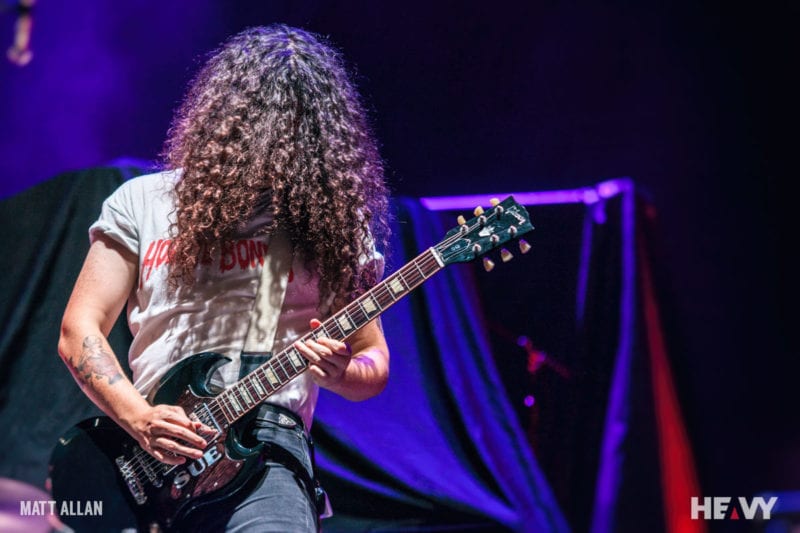 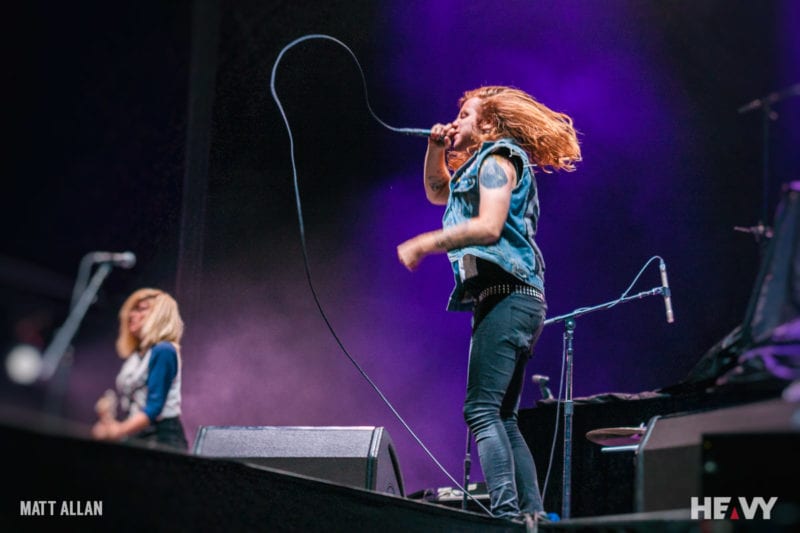 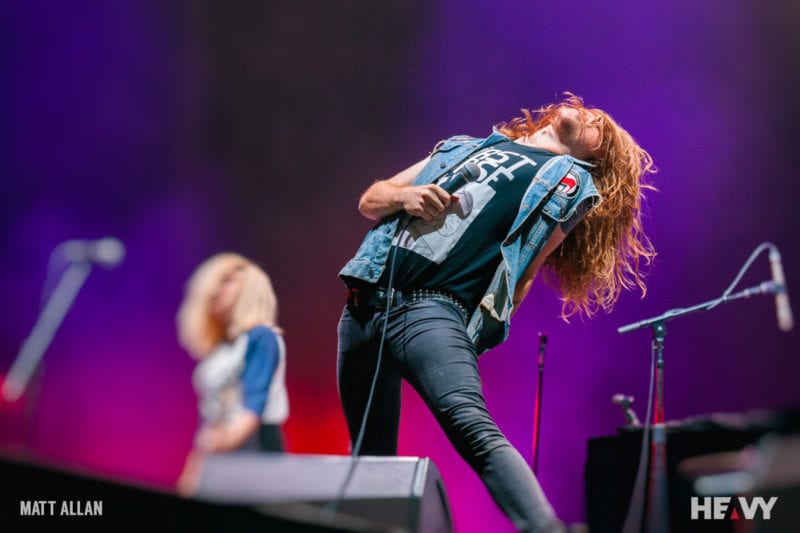 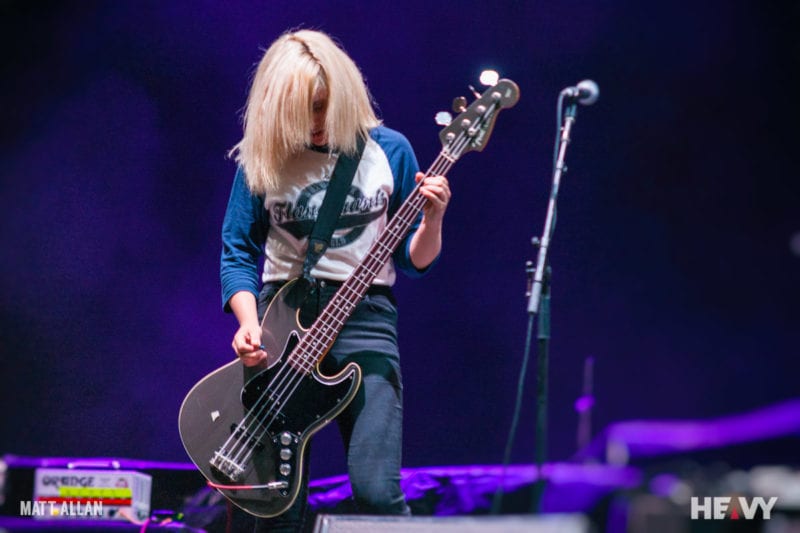 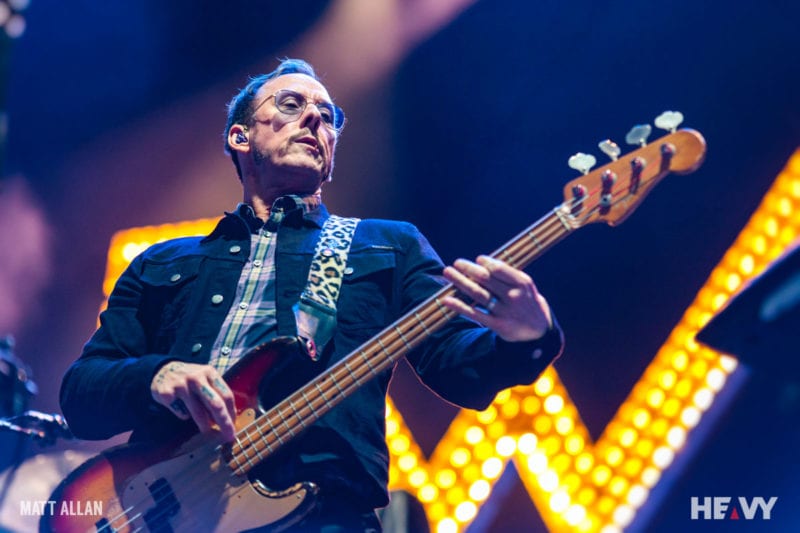 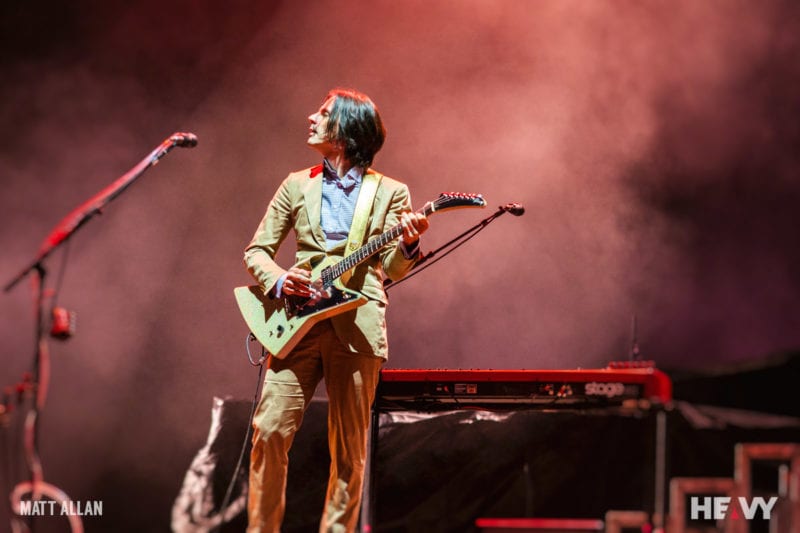 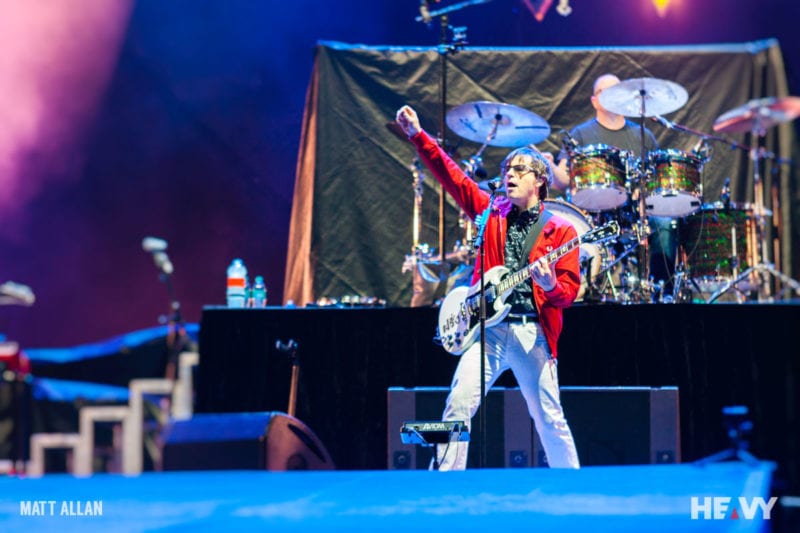 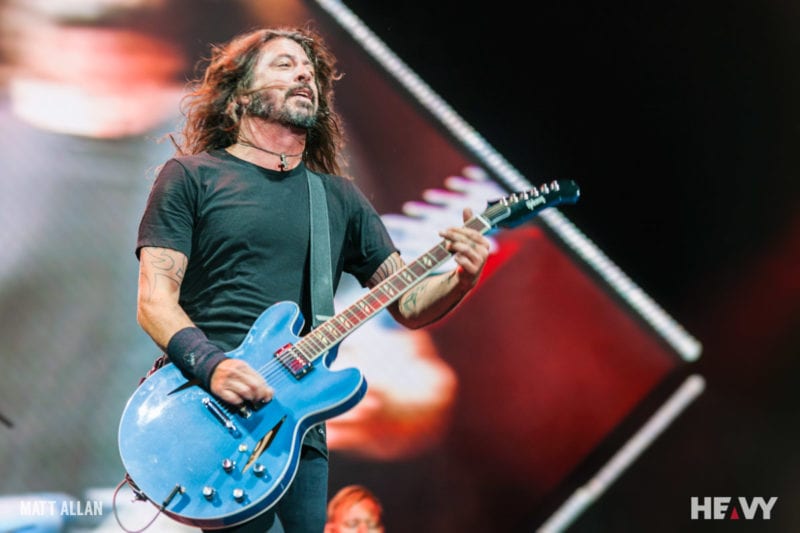 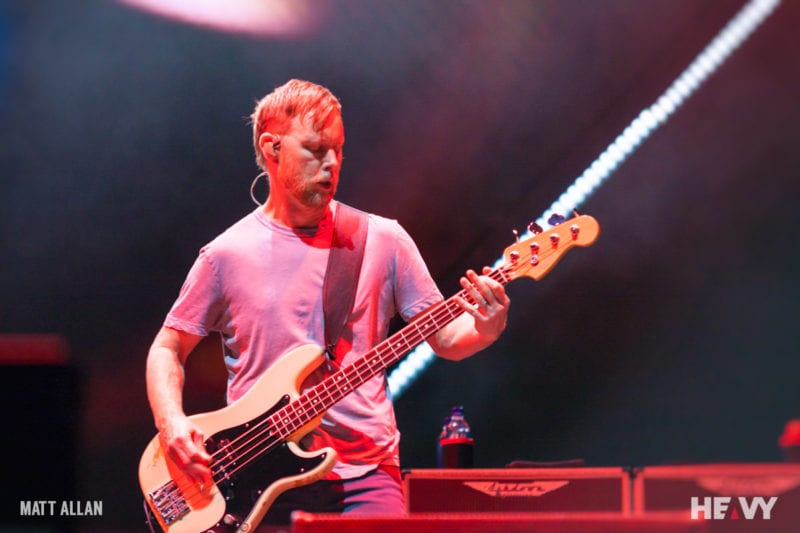 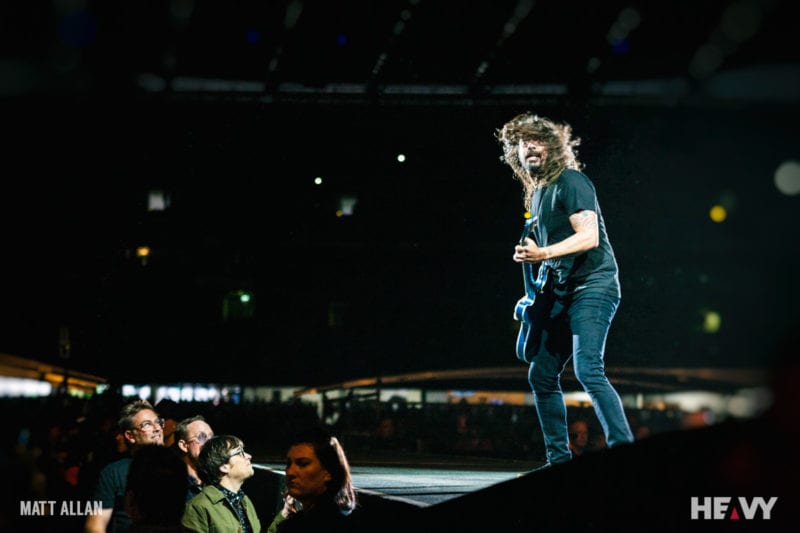 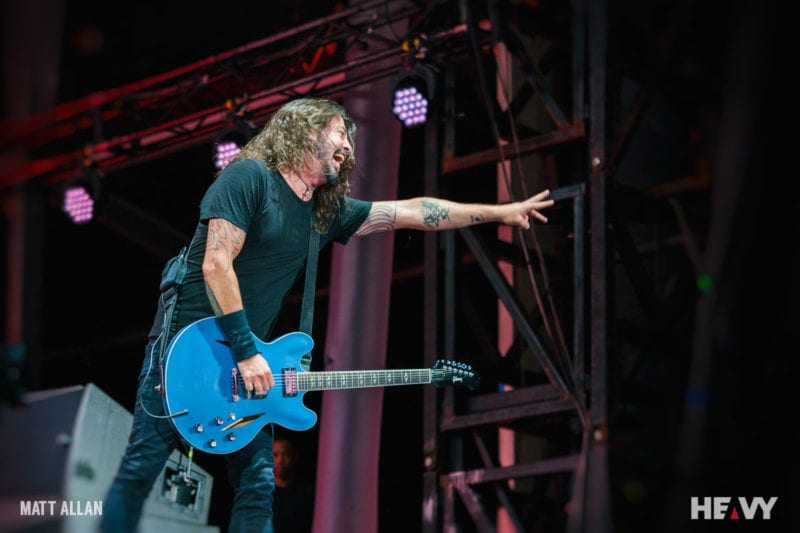 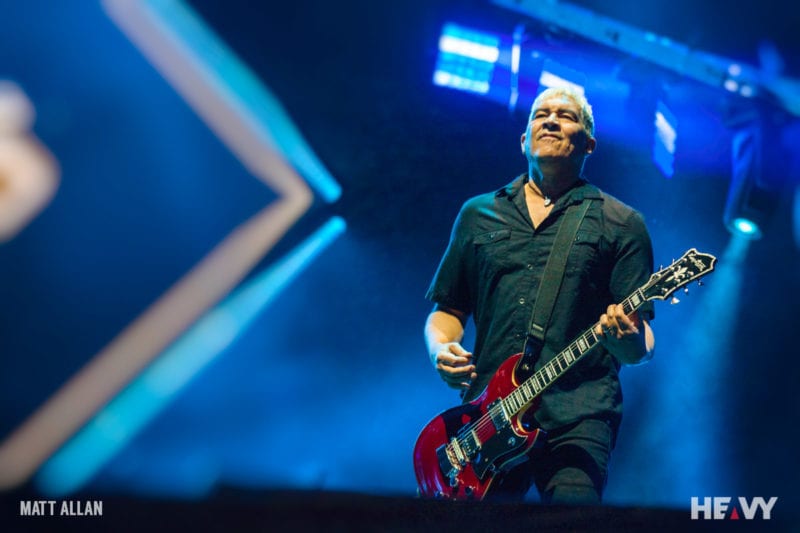 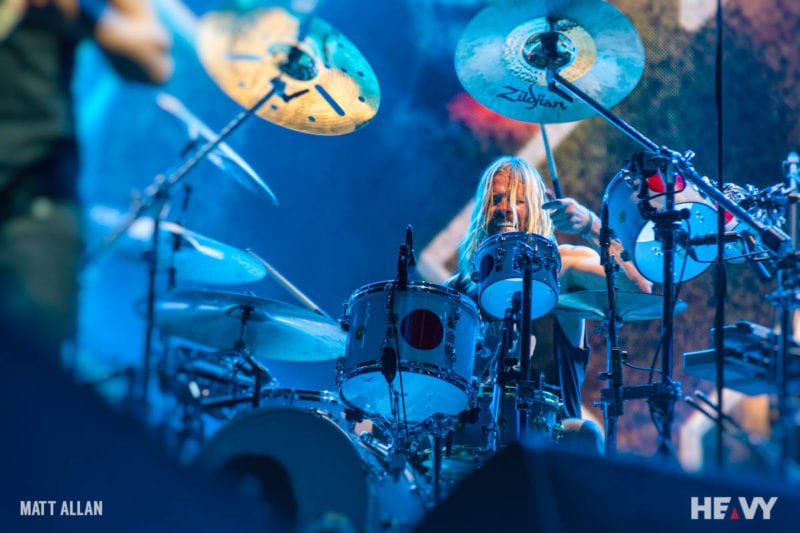 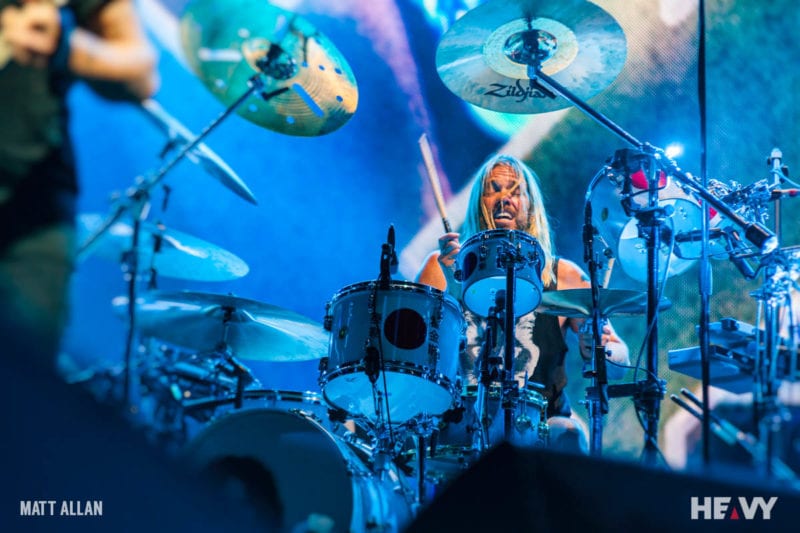 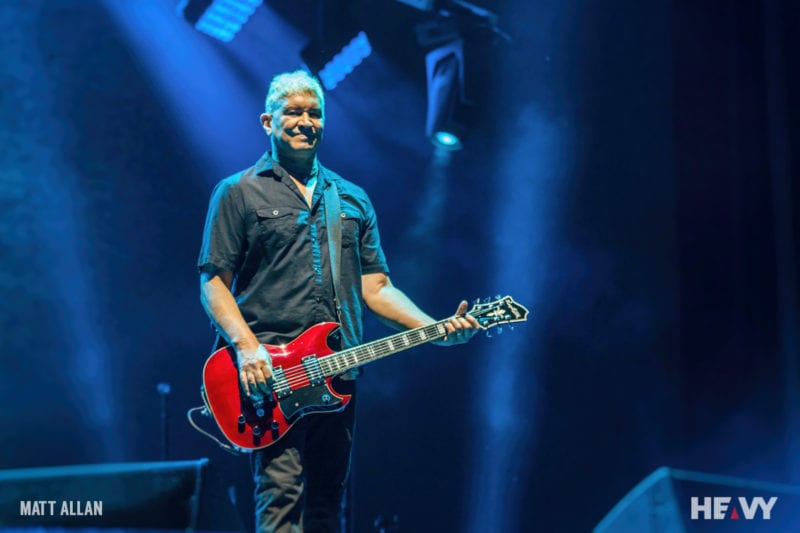