Let’s face it, there are a rare few people that will get the opportunity to experience their favourite band over multiple nights in two separate states and share it with an extremely diverse crowd/fans let alone it being said band for the final time in the final weeks of their ‘FAREWELL’ tour.

I am grateful to be one of the few that saw The Dillinger Escape plan on Wednesday night at The Bald Faced Stag in Sydney and then flew home to Melbourne to see them perform two very different shows at The Corner Hotel.

Let me try and break it down for you.

Wednesday 18/10 – Openers Totally Unicorn were the perfect choice to open for Dillinger. This was my first experience with the Sydney natives and I wasn’t disappointed. They were as chaotic and unpredictable as a King Parrot show with equal measure, chaos, humour and all out balls to the ceiling punk/grind/noise/metal. Like KP, Totally Unicorn are definitely in a class and arena of their own design, and bearing witness to their heavy shirtless antics I will inform all other metalheads outside of the Sydney/NSW state realm, check out a Totally Unicorn show. You have been warned…err…informed

Now, Dillinger…and the genius and magnificence that is them. This was actually supposed to be a night off for them. But in true Dillinger fashion, they probably thought ‘FUCK IT!’ We of all bands don’t need a night off. They were probably deserving of a little rest, but this is Dillinger right…you could probably imagine them pacing their rooms or wherever they were, wanting to just get up on stage and for an hour and a half just smash both themselves and their hungry crowd senseless with their sonic brand of controlled organised chaos.

From the opener ‘Limerent Death’  it seemed as though we were going to be treated to a show that only TDEP are capable of delivering. Full of chaos, reckless abandon and uncontrolled crowd vs. band mayhem. Within the first three minutes, both guitarists, Ben Weinman & vocalist Greg Puciato, had stage dived & crowd walked and it seemed as though this would continue throughout the duration of their show, but alas no! That was about the extent of the usual mayhem that is hallmarked by the appearance of Dillinger and their hungry fans at any chosen venue. Perhaps being a Wednesday night the crowd were merely tired or not ready to let loose and it appeared definitely that the band may of actually been wanting a night of rest. But still, I was front of stage for the whole night and I was far from disappointed.

Five hours sleep, up at half past birds fart and in an UBER, on my way back to Sydney Domestic to fly home to Melbourne, catch a quick nap to try and recuperate to do it all again at The Corner and enjoy another date night with the incomparable Dillinger.

Sell out night number one in Melbourne and the official review night for yours truly! Due to this being my official review night, I got nice and cosy behind the mixing desk to try and get everything from the perspective of those responsible for putting the show together. And let’s face it, we as local Melbournites know how up and down the sound can be at The Corner.

Openers were local faves Closure in Moscow with their unique and infectious brand of groove inspired, fusion adult contemporary alt. Rock. We could see that the local fans loved what they heard by a band that loves performing for them. Not being at all familiar with Closure in Moscow, I am not really in a position to adequately or faithfully state whether or not tonight was a fine example of what they do and how they represent themselves, but one thing IS for sure and that is that Closure in Moscow tonight loved what they were doing as much as the crowd were loving singing along to their songs.

NOW…The DIllinger Escape Plan, night two for me, night one for Melbourne fans. And what a polar opposite tonight both the crowd and band were to last night. Tonight I was able to, without question, properly state that when a band says to any particular crowd in a state that one was by far hungrier and more possessed than the other then tonight was one of those nights. Melbourne, let me give this to you that on this particular Thursday you were easily the better of the two audiences by far! Although, for whatever reason Greg Puciato thought he would wear a hoodie all night, thereby making it an almost impossible task for any photographers at the venue capturing the evening a nightmare I am sure. Why he did this I am unsure, but the stakes tonight were most definitely raised from that of the previous and Melbourne certainly gave Sydney a run for their money in terms of getting the most from TDEP. The setlist tonight was the exact same as it was in Sydneys, but what did surprise me about the two nights and comparing their differences was that was it the crowd that were able to dictate the energy that is able to be delivered by the band, or, was it the band that were dictating how the crowd should react? Like the Bald Faced Stag before it, tonight at The Corner there was very minimal crowd surfing by both the band or their normally rabid fans that is the trademark of any Dillinger show as we are all too well aware. The delivery of their music was nothing short of exceptional and incredible as their style of organised chaos is. And, while I loved every single shining and angry minute of the set, even though I was there to do a task, it felt as though there was something a little off or just that there wasn’t a full 100% coming from everywhere as we would of liked. I couldn’t put my finger on what it was at the time but that being said, when TDEP returned to the stage from their noise-laden pre-encore head fuck, the notes that escaped to reveal the end of set crowd favorites, ‘Good Neighbour’ from Option Paralysis and evening closer ‘43% Burnt’ from Calculating Infinity the fans were let loose and gave the band and themselves what they so badly wanted. A release and escape from whatever it is that leads those of us to the likes of the magical insanity that is The Dillinger Escape Plan.

But we ain’t done here…Oh no. Firstly, the Thursday night crowd were beaten to a bloody pulp by the rabid malevolence of the Friday night crowd let me tell you with absolute clarity. If Melbournes Thursday crowd beat Sydneys Wednesday crowd, then Melbournes Friday night DIllinger crowd firmly curb stomped your tender limp flesh without any effort at all. Simple as that!

One for the record books is my/our experience of Friday night. The very last night we Melbourne fans will ever get share with our beloved Dillinger. This was the night to be at of the three and fuck me it was as perfect as it should of been. From their crushing opening notes struck emitting the unmistakable ‘Prancer’, the crowd erupted in the purest form of angry beast imaginable that had finalled gnawed its way out of a corner to be let loose on its friends and enemies in a rage that only be described as soothing and cathartic and it was pure heaven to be a part of this manic clarity.

TDEP threw themselves into tonight’s performance as if it actually was their last ever. And again, as I have stated, being at each show over the past two evenings, I would’ve easily walked from either of those two shows happy, without the need to question my love for the band and never having the opportunity of seeing them again. But HOLY SHIT BALLS, this particular Friday night at The Corner was pure armageddon heaven. It was every man and woman for themselves. Bodies of punters and of course Ben Weinman and Greg Puciato flailing around the room as is they were struggling for air. At the end of I think it was song number two, we as a whole being knew a night of the best show we’ll see in a long time was going to be witnessed and it was vocalist Greg who let us know it, by the simple phrase – ‘Oh. it’s going to be one of those nights!’ And it was EXACTLY what I was expecting and wanting. The kind of perfect chaos that many bands that came before and will follow after them can only wish they could deliver the way The Dillinger Escape Plan have been successfully able to since their inception in 1997.

Tonights setlist was a little different to last nights and is clear they are travelling with two different order of songs (another good reason to have seen them more than once. Sorry not sorry to keep bringing that up by the way! 😉

Like the bodies of the crowd being launched into and on top of one another, the songs and performances were delivered with such magnificence, brute force and perfect clarity it was a honor to have had the opportunity to spend and intimate three nights with both The DIllinger Escape Plan and a few thousand of their fans and friends. Knowing now that this was our last night together and in no way like a bad break up, there were many of us walking out of The Corner with tears in our eyes at the realisation this will be our last night spent together. Had they of played the title track ‘Dissociation’ at any point I honestly don’t think there would of been a dry eye in the place. That song is the most perfect ending to an almost perfect heavy band and clearly gives clarity to who they are, what Dillinger have gifted both themselves and us their loving and loyal fans.

There will never be another band like them ever. The fact that they have decided to called it a day when it would seem as though they are reaching the potential of greatness is nothing but sad but will only serve to open a whole new world of (hopefully) new incredible bands formations and continuations the likes of Killer Be Killed, The Black Queen, Giraffe Tongue Orchestra and more.

Photos from the Corner Hotel by Matt Holiday 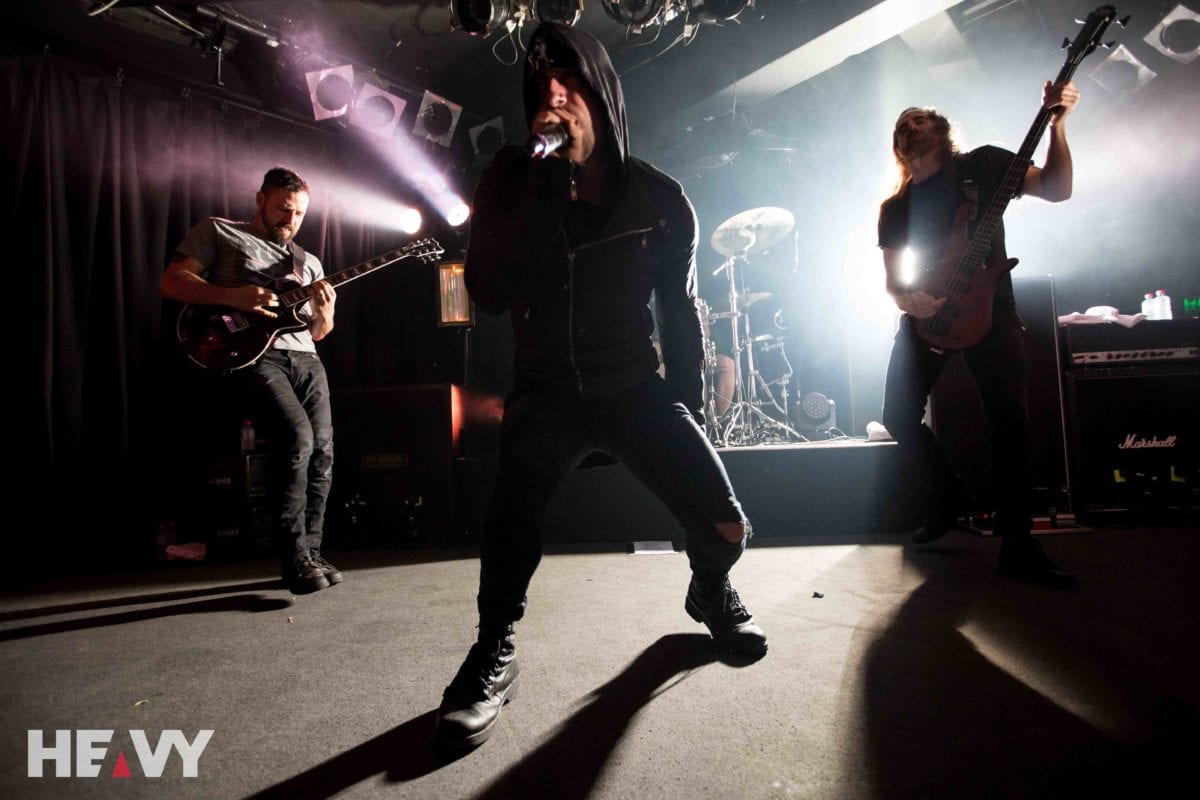 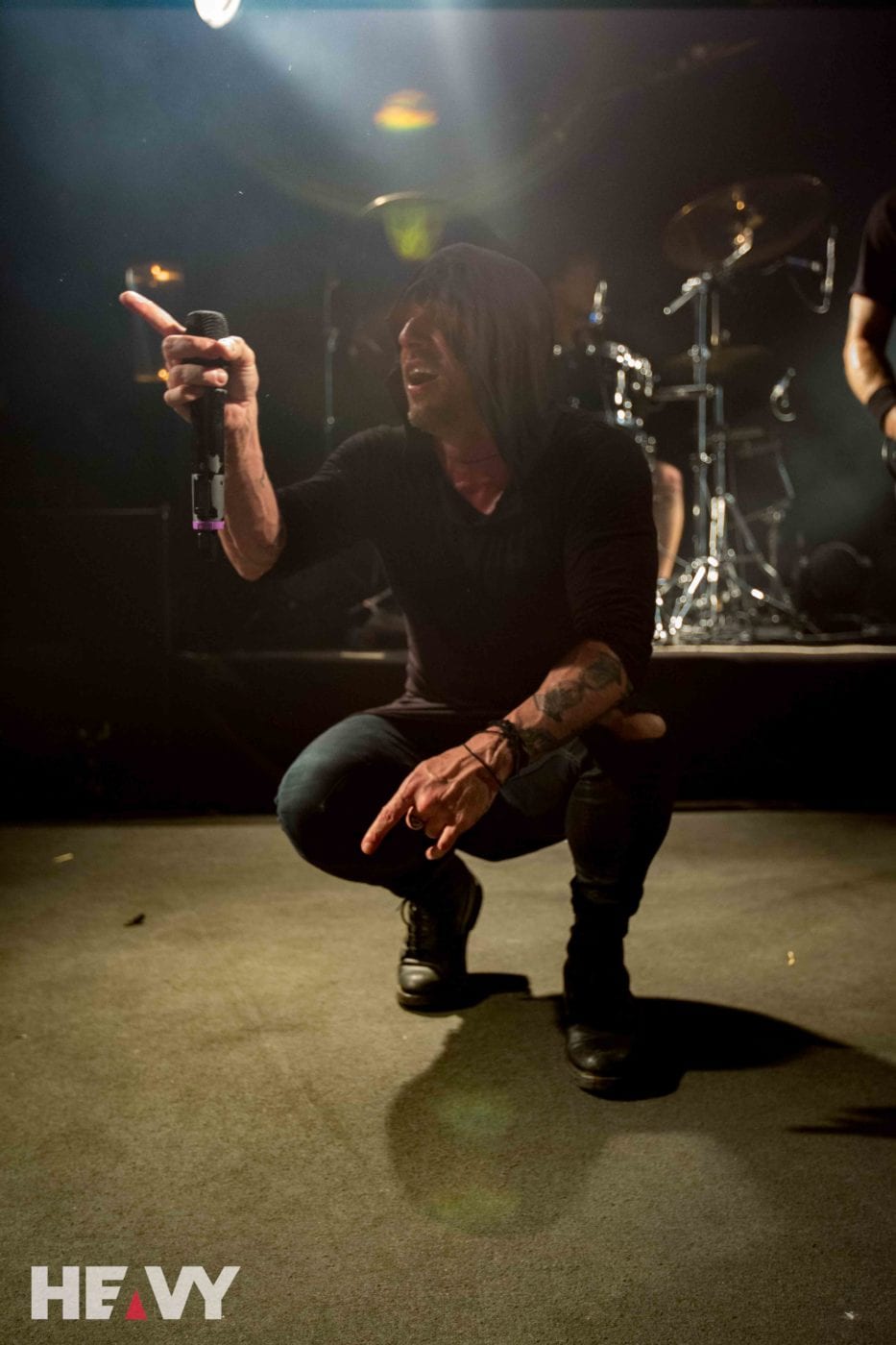 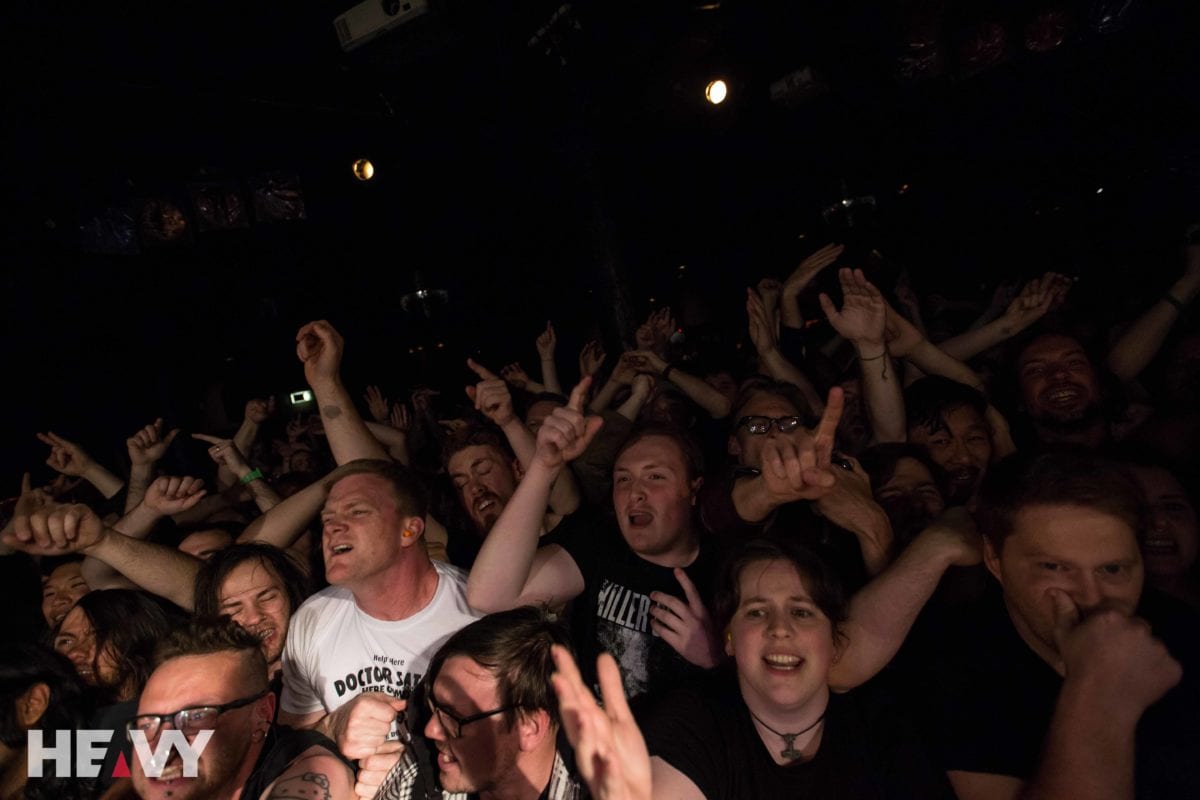 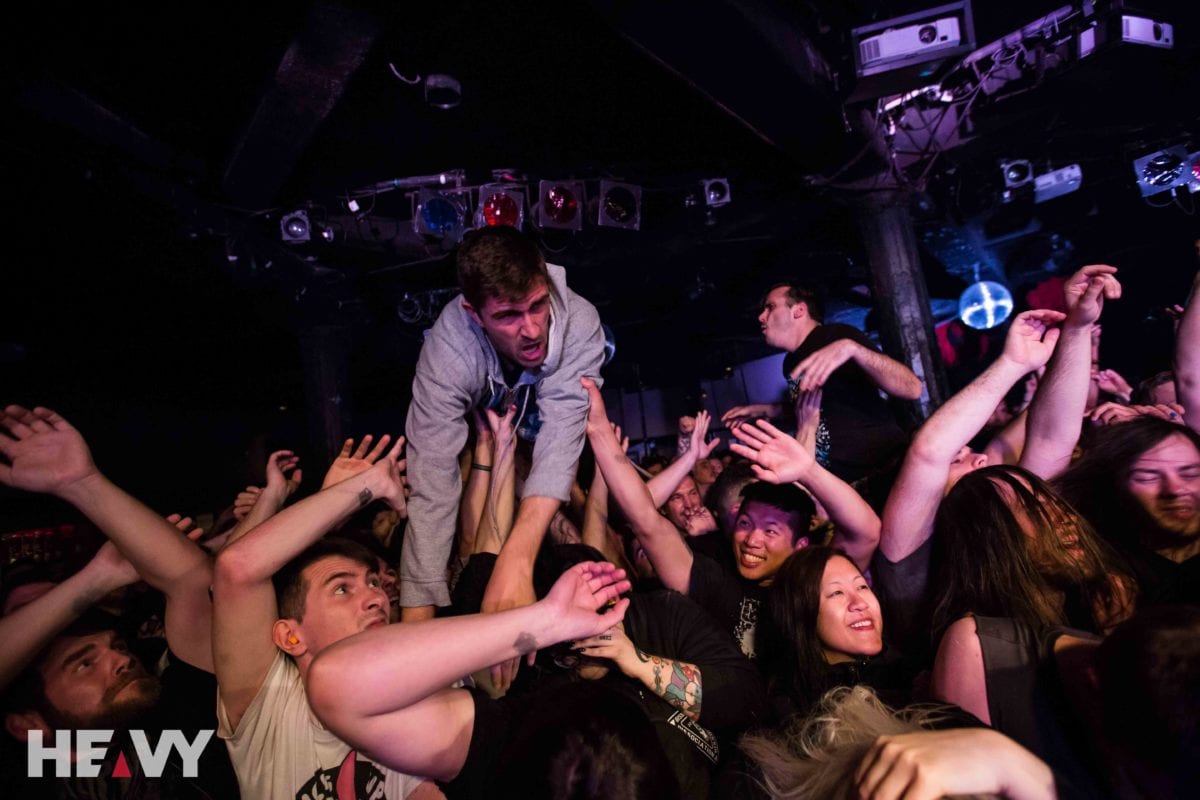 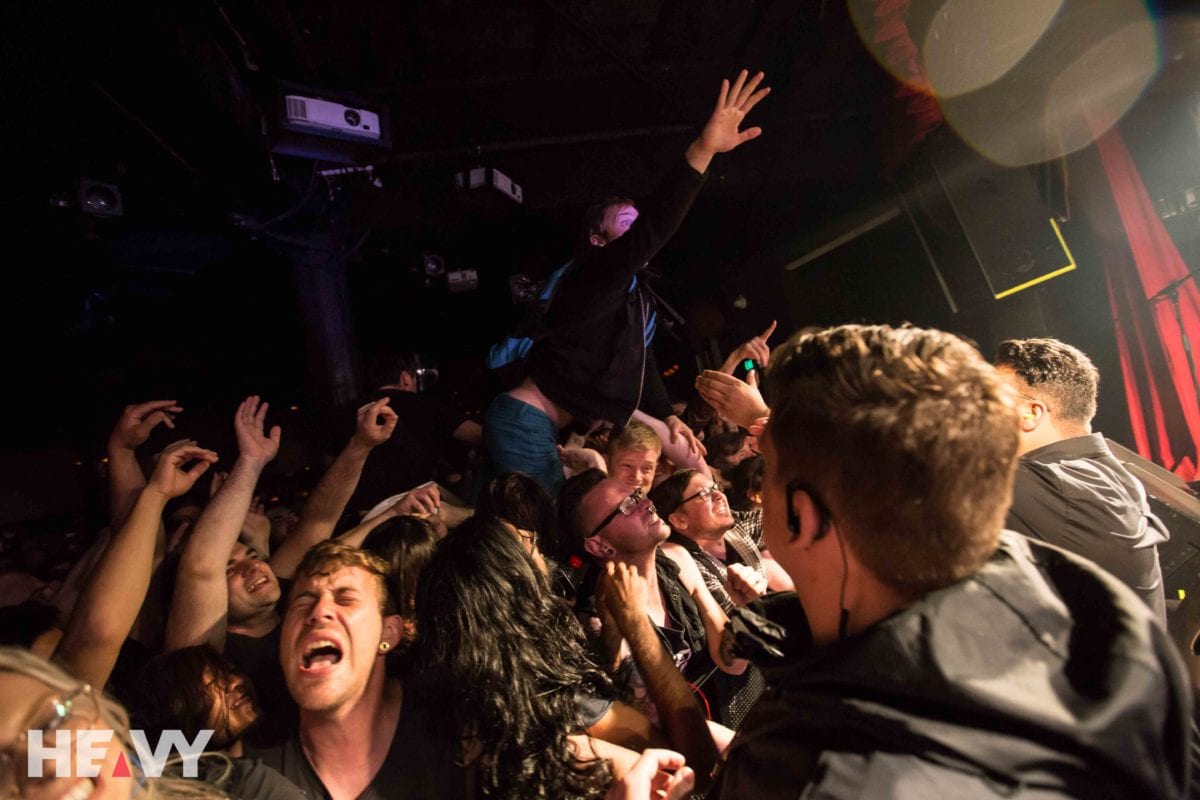 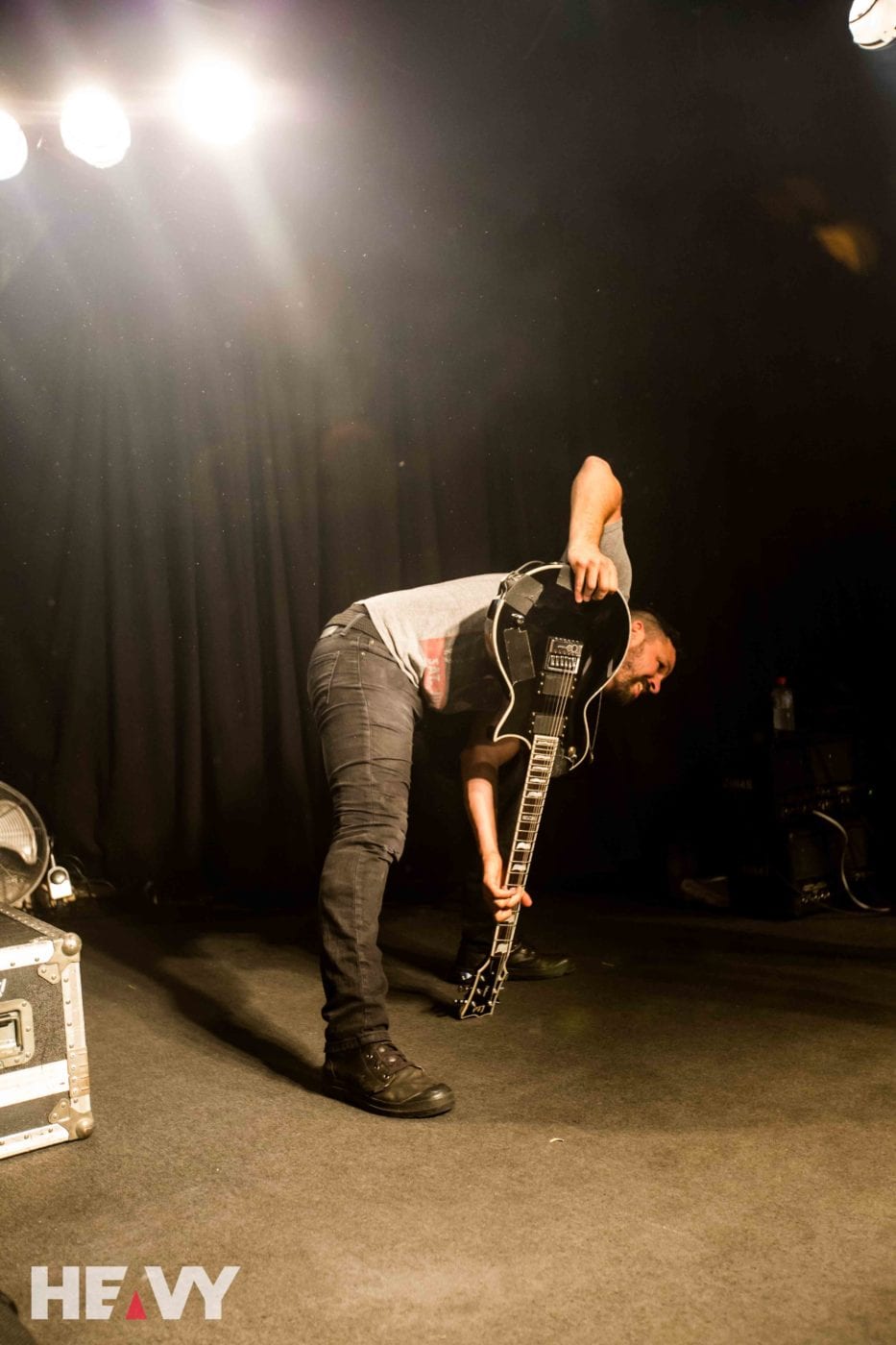 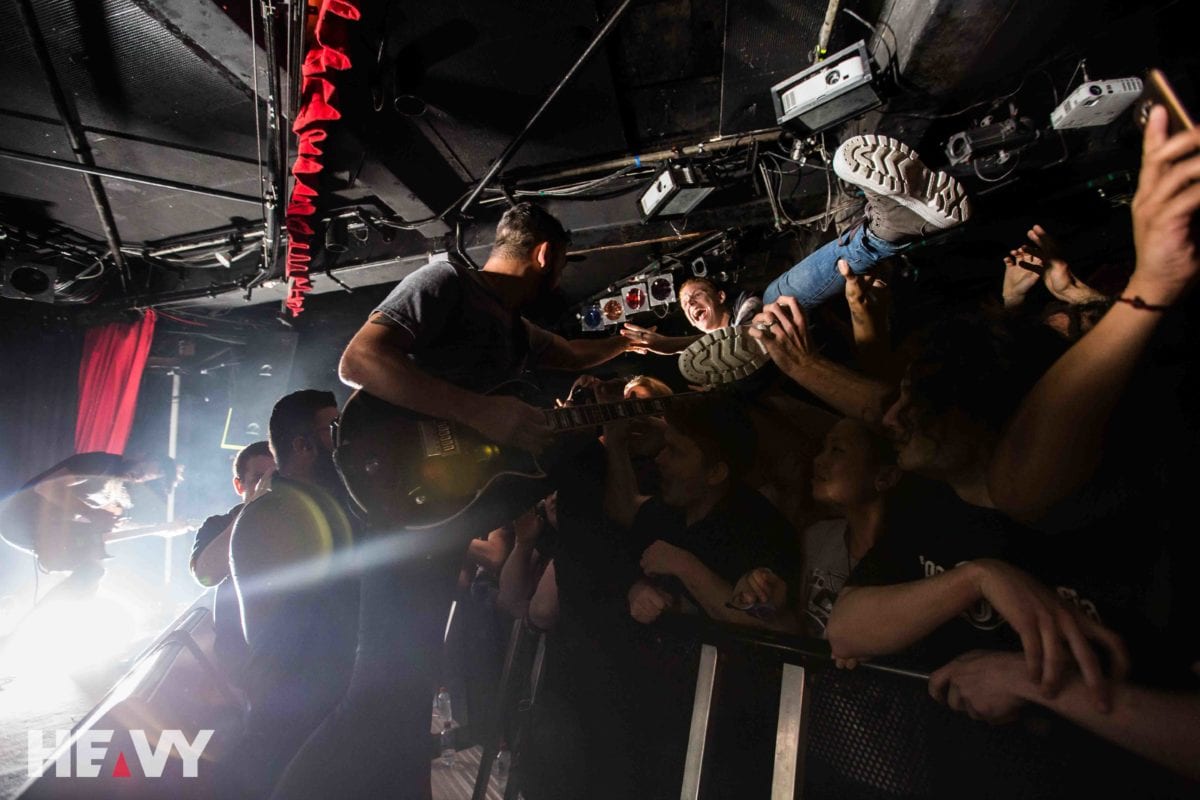 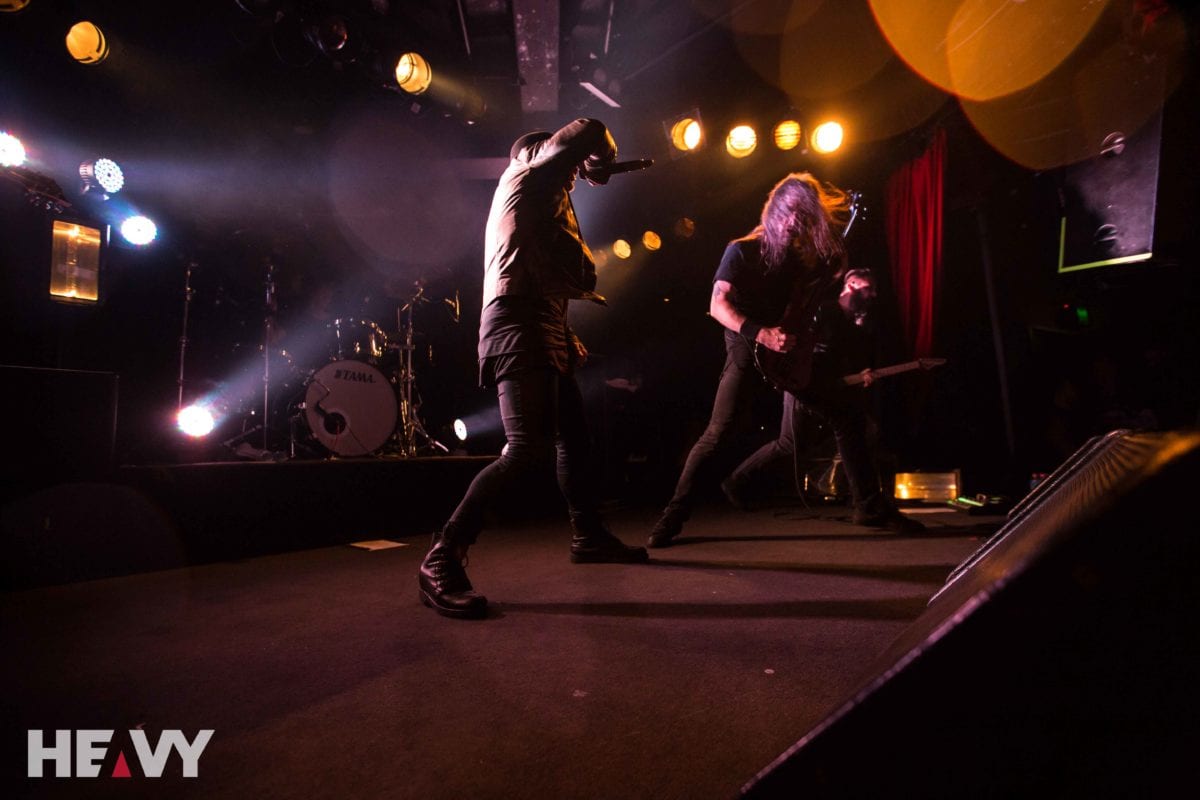 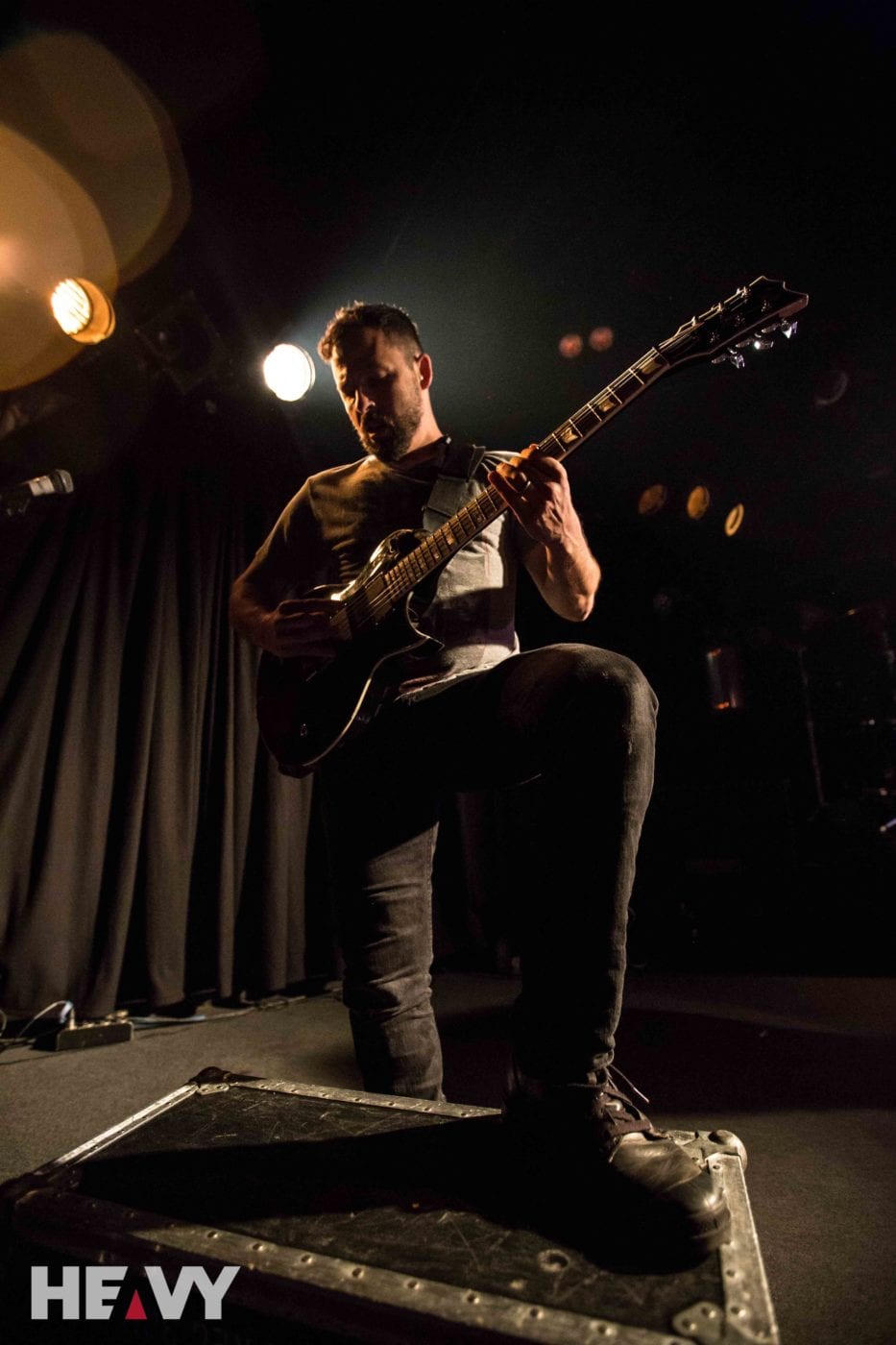 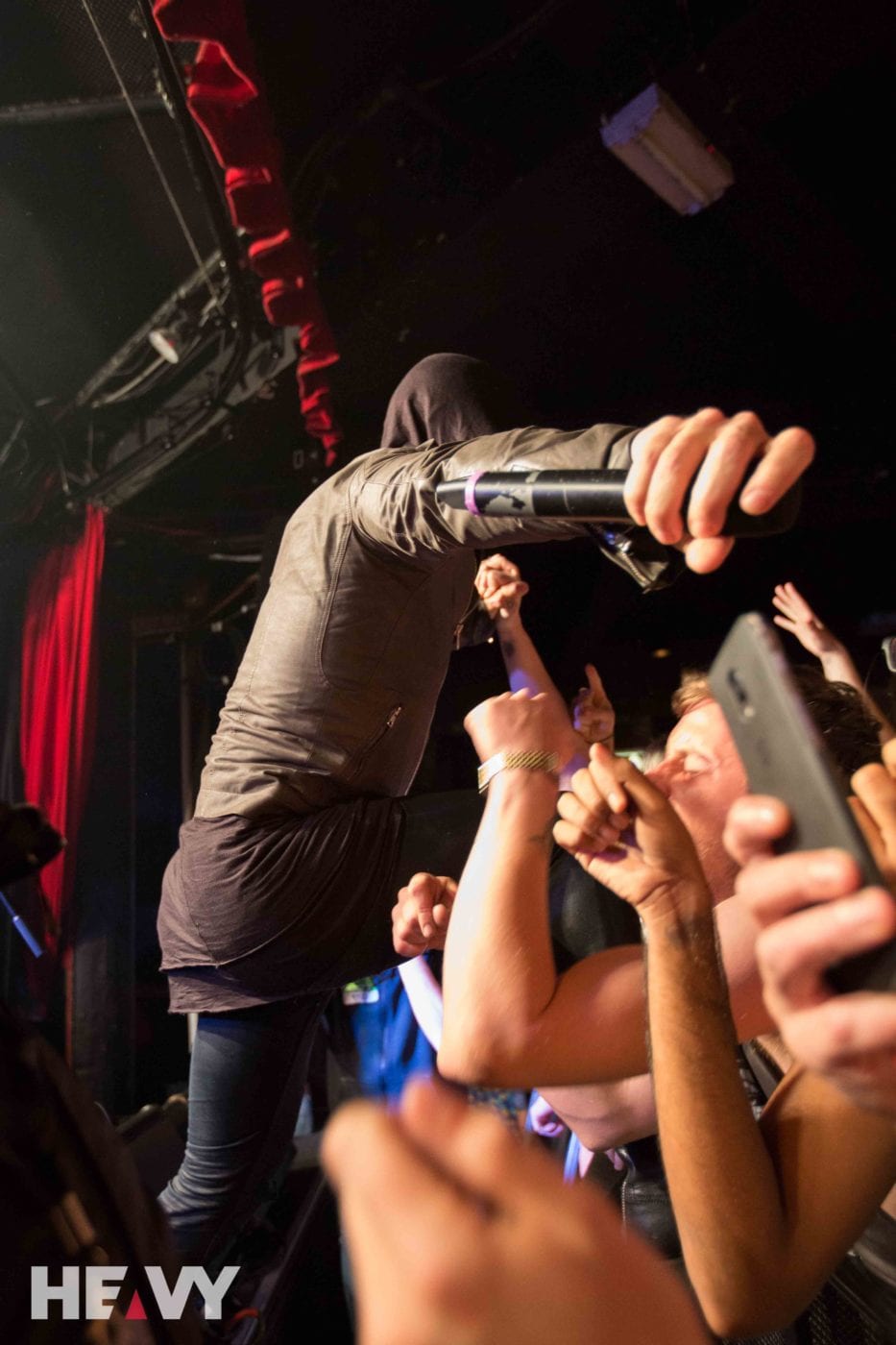 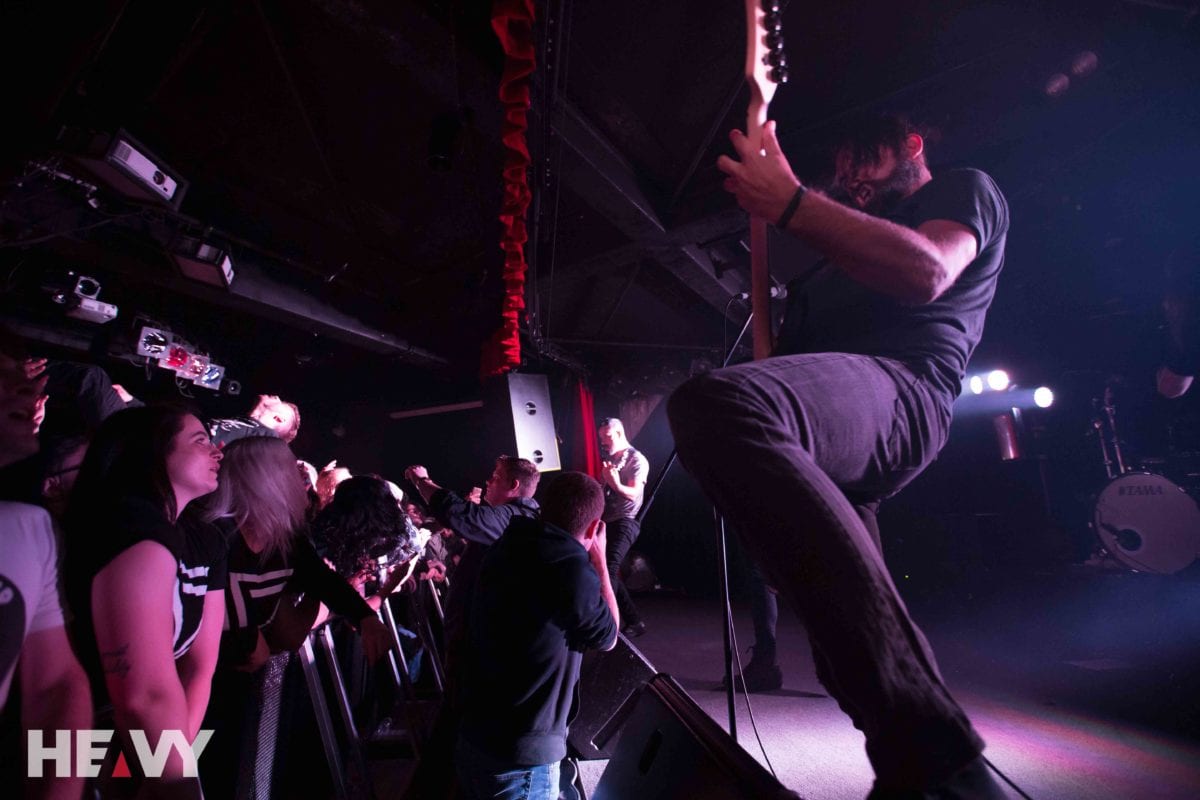 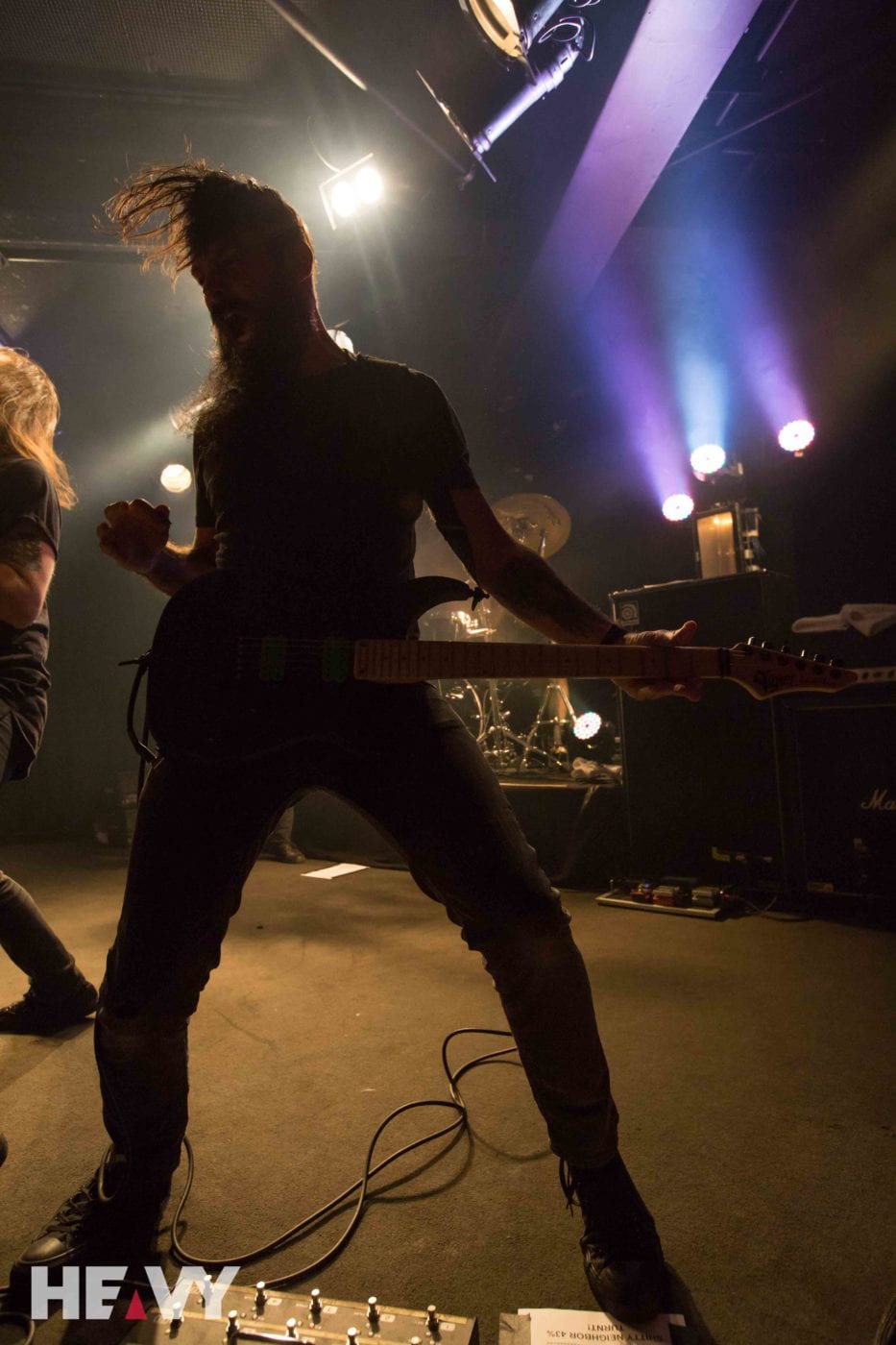 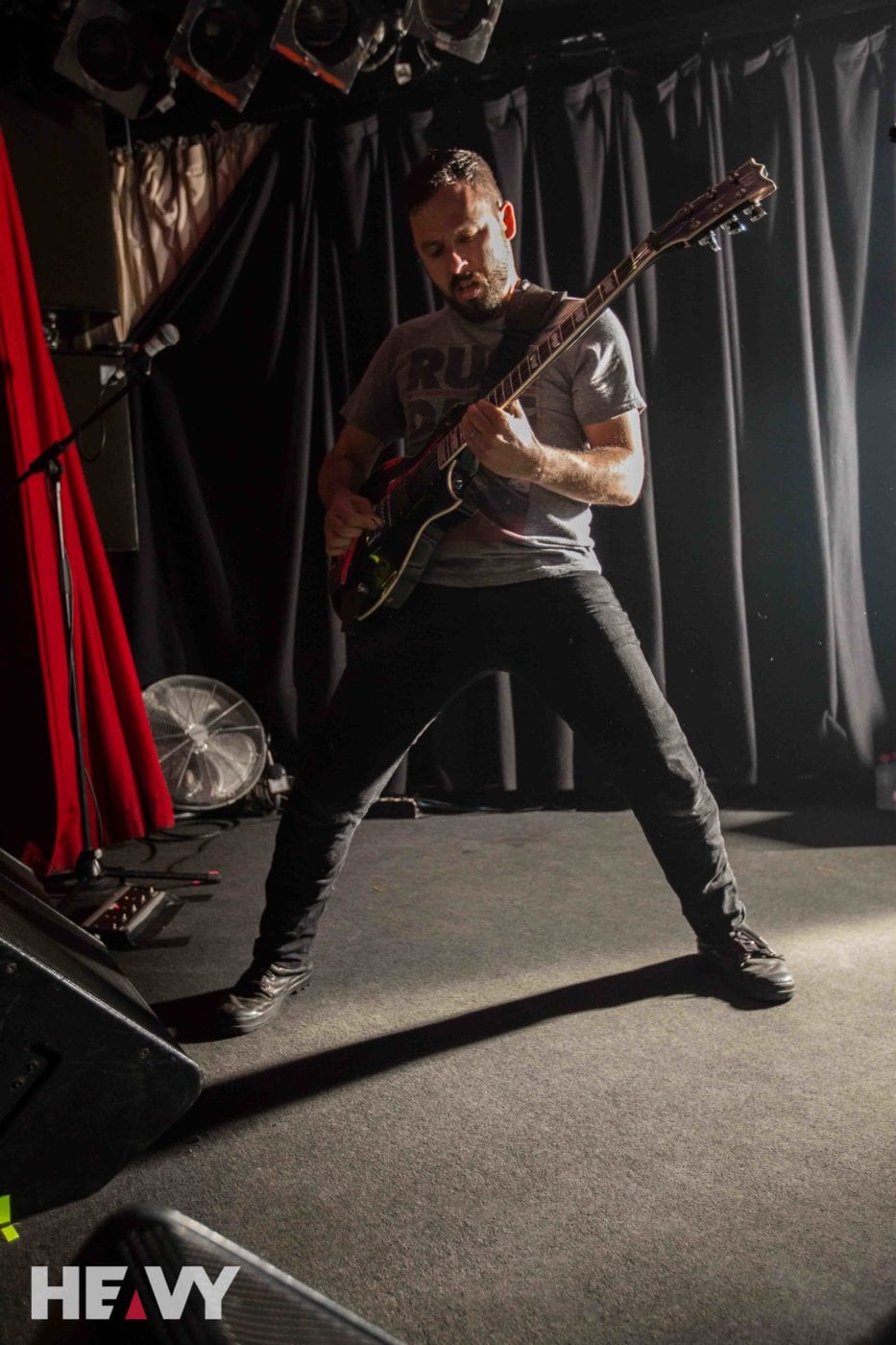 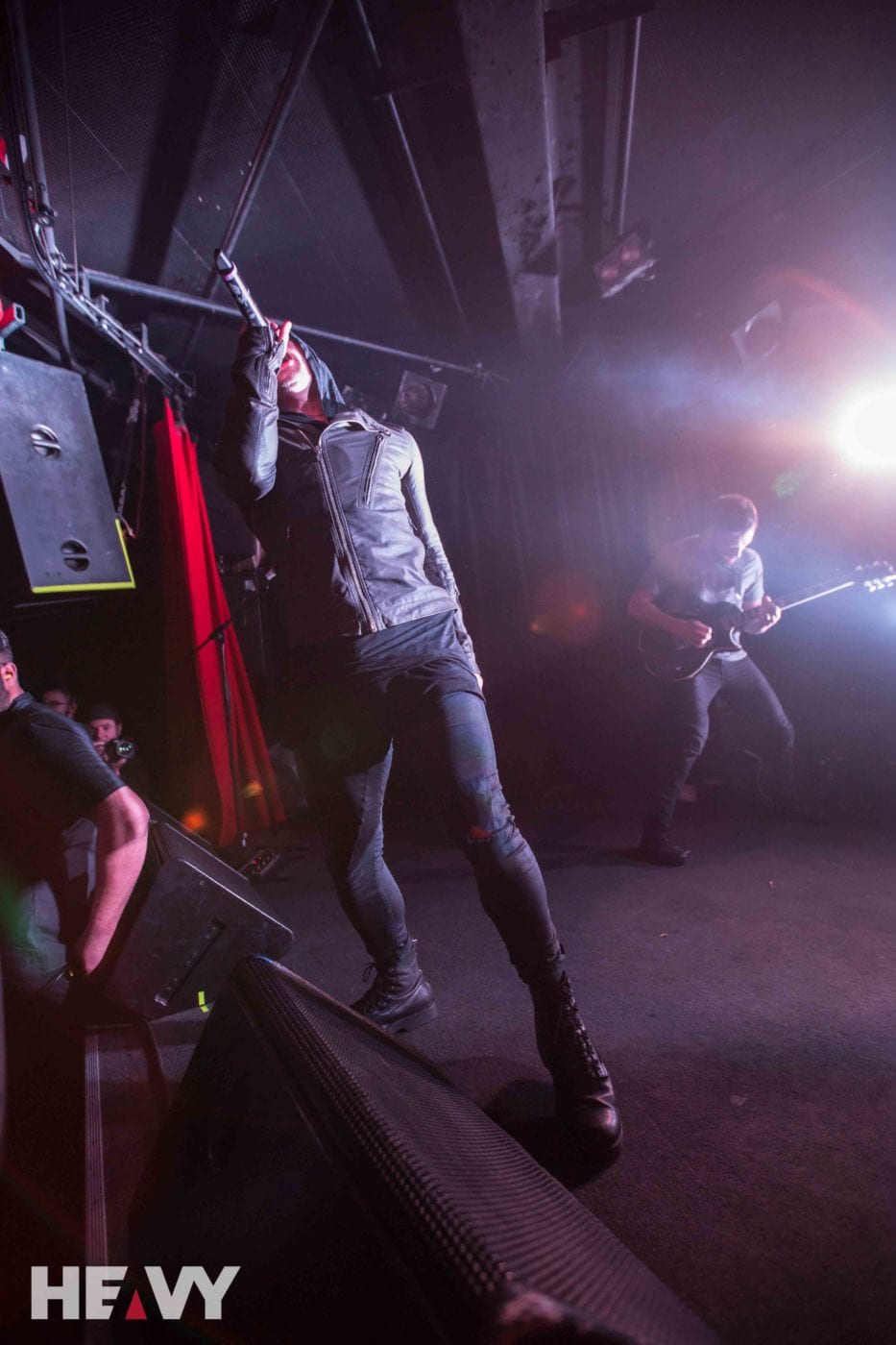 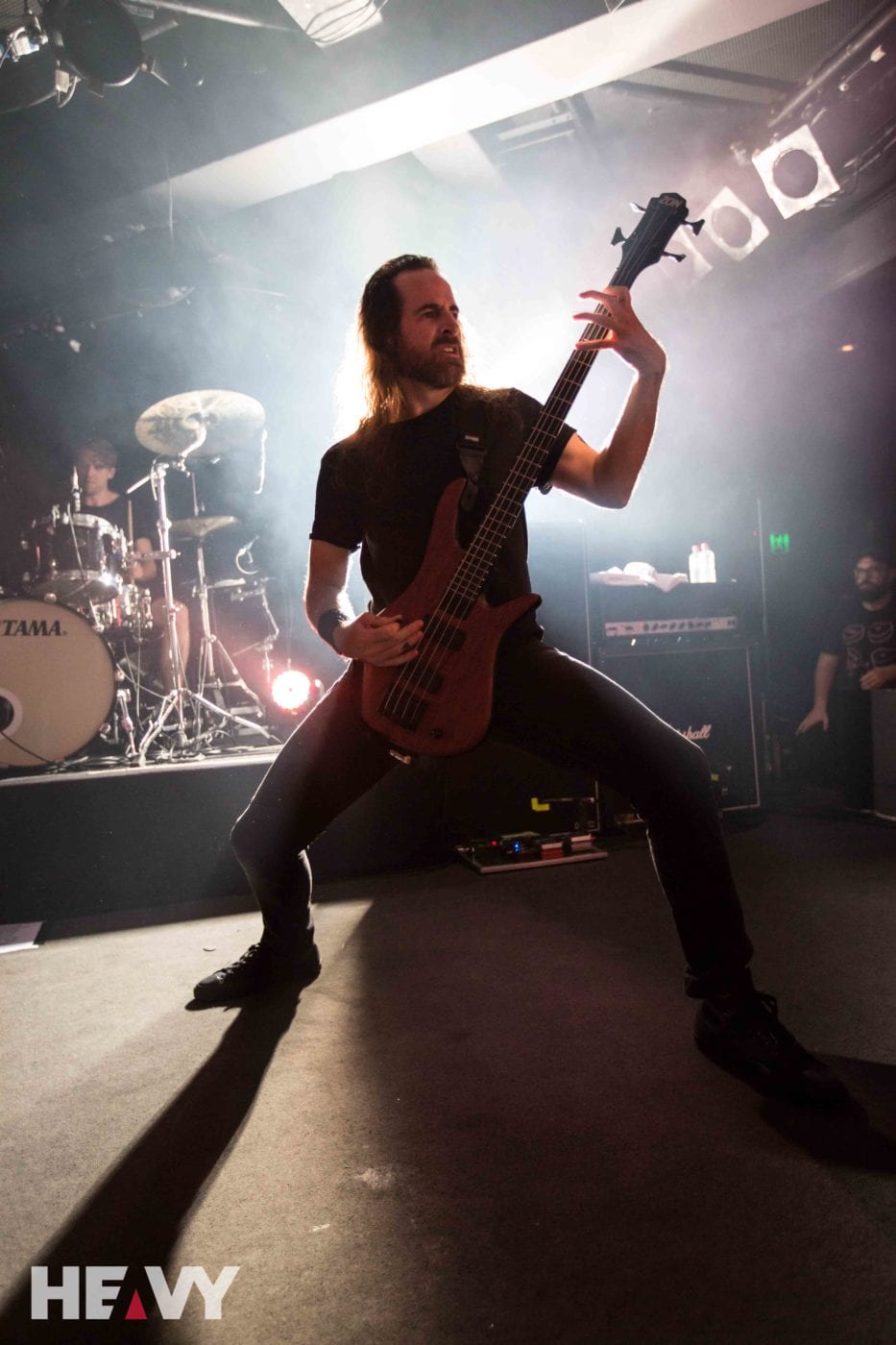 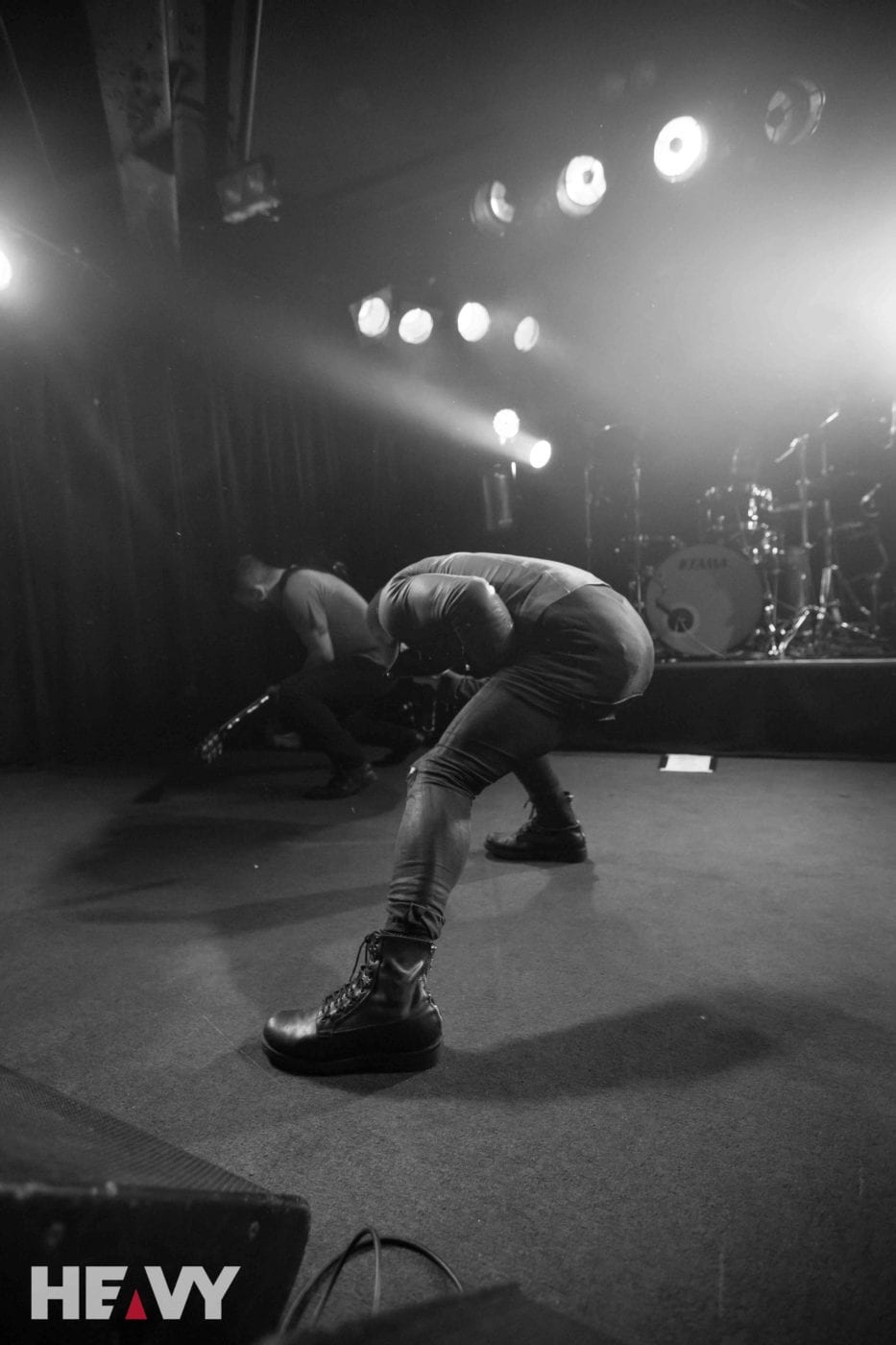