Live Review + Photos: THE CADILLAC THREE and Brothers Osborne at The LCR, Norwich on 15/11/17 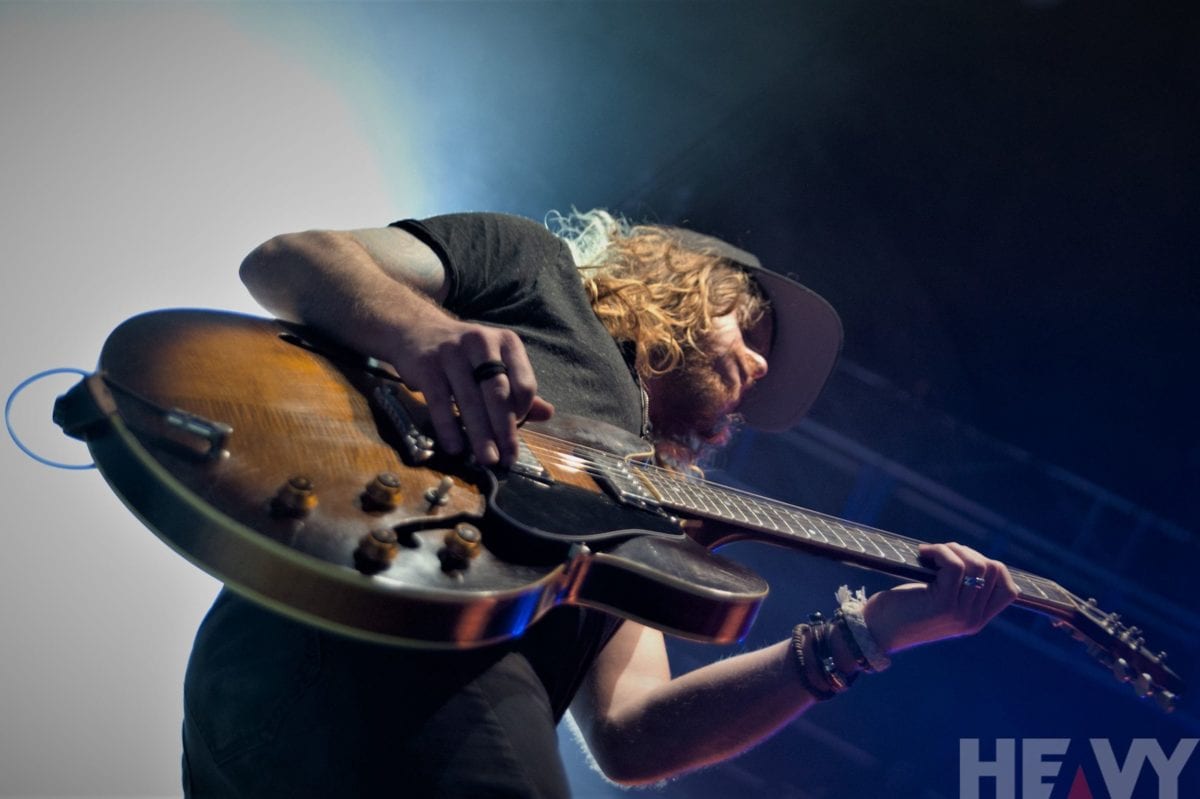 Emblazoned upon a rogue-tainted tour flag that rippled in the breeze conjured by the breath of gig-goers, three skulls brandishing tousled hair and uncertain grins stared out from their inky voids at the hustle of fans gathering around the stage of Norwich’s LCR in an intimate campfire huddle. In this instance, the fire in question came in the form of The Cadillac Three, with support from Brothers Osborne

A clan of musicians blazing with unadulterated allegiance to southern music and boasting dozens of millions of YouTube views between them, it almost seems indecorous housing the wildfire of these organically bright souls in this comparatively dank venue. Thankfully, this didn’t seem to be the conclusive sentiments of the artists: “I thought Norwich was gonna be a shit hole, but it’s real nice”, pondered T.J Osborne of Brothers Osborne.

Firm believers in the notion that “you don’t have to be from the South to be country”, the Maryland-bred Brothers Osborne proved with solemn ambition that they very much attest this ethos. Opening with the earthy strutting of “Down Home”, Brothers Osborne created vigorous titillation in the hips of spectators, whilst also stupefying the audience in mouth-opening awe. Sleek and rich in texture, Brothers Osborne navigated through an array of tracks born and bred on wholesome countrification, but which also sheltered a bluesy mean streak. The crowd drank up the band’s wealth of relentless rhythm and ZZ Top growls with the same vivacity of mosquitoes to red nectar, the tongue-in-cheek “It Ain’t My Fault” eliciting a mighty crescendo of applause in particular.

Following the exit of Brothers Osborne, who were solid testament to the classic aphorism “time flies when you’re having fun”, the tell-tale signs that The Cadillac Three were due to rumble on stage began to mount. The stacks of Orange and Marshall amps (the latter customised with the smudge of TC3 insignia), the deluge of lights stained with the colours of the Confederate flag, the cup holders on the mic stands – all representing the prominent fixtures of voltage, southern culture and alcohol inhabited across TC3’s back-catalogue.

Opener “Hank & Jesus”, a stark statement of TC3’s cultural origin, was met with a rather cold response when compared to the countrified whoops Brothers Osborne conjured. Even the subsequent “Girl On Fire”, a track that many TC3 fans are hungering for as a recorded product, offered little tinder to the frosty reception. Perhaps it was the devil-may-care conviction of TC3’s performance, perhaps it was an audience over-run with Brothers Osborne fans; either way, the echo of seeming indifference hung in the air like uncomfortably sticky residue.

Finally, the heavy scurry of hoedown presented by TC3’s fourth offering “Slide”, with the help of the endearingly eternal smiles of the cadillacin’ comrades, appeared to thaw the rigid stature of fans. Quake-brewing tracks like “Tennessee Mojo” and “Tennessee” [as a by the by, can you guess where TC3 originate from?] dripped with a swamp-soaked snarl, manifesting the very reason TC3 turned heads half a decade ago when they erupted onto the scene with their burdensomely heavy take on southern music. Their live interpretation of adored track “I’m Southern” held a similar menace to that harboured by the Jaws theme music, producing a deliciously dangerous sound that was further excelled by Neil Mason’s percussion ricocheting off chests with Herculean might.

Having feasted on a beer buffet throughout the show with the catering assistance of guitar tech Stoney, Johnston and Stoney shared what looked like a drunken scene out of Laurel and Hardy when Johnston’s guitar sound set-up mischievously absconded. Met with many cheers from the entertained crowd, Johnston slammed his traitorous guitar to the floor with a similar nonchalance to The Who, and TC3 zealously improvised a stripped back version of “White Lightning”.

Generously exceeding curfew and evading the usual formalities of an encore, TC3 aptly finished on an exuberant chant of “this is where I was born and this is where I’ll die” following anthem “The South”. Audience and band alike have found a home in music, and it will take more than God’s will to evict either from their nesting grounds. 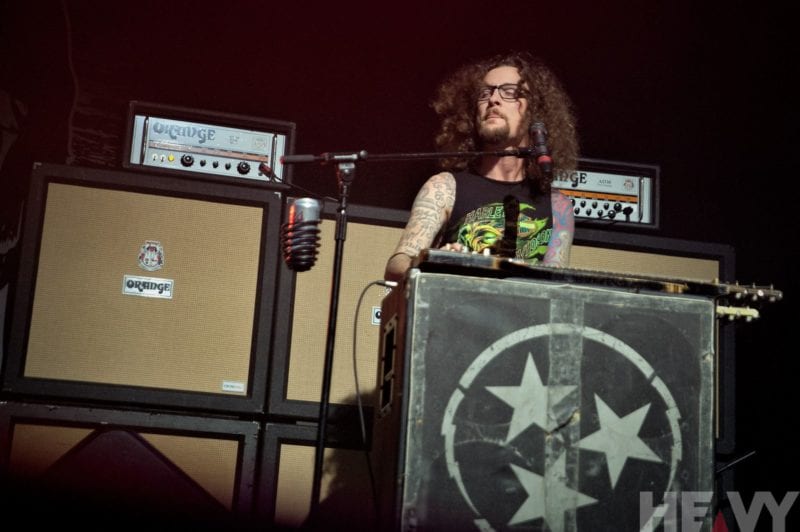 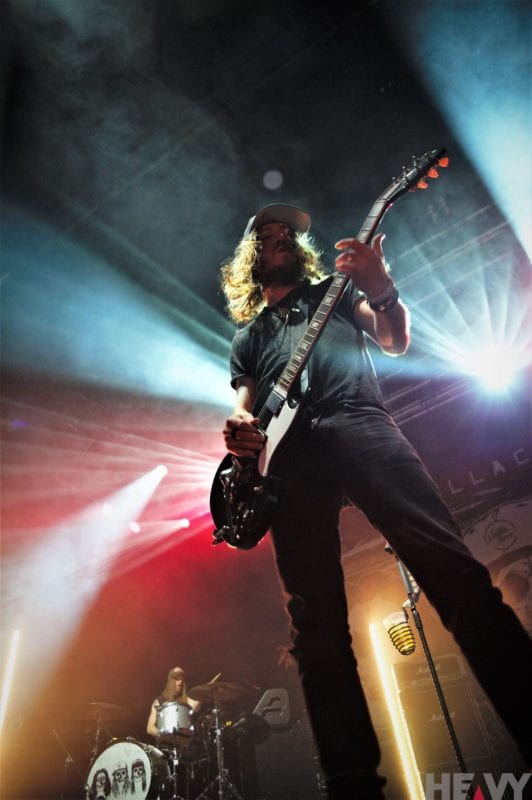 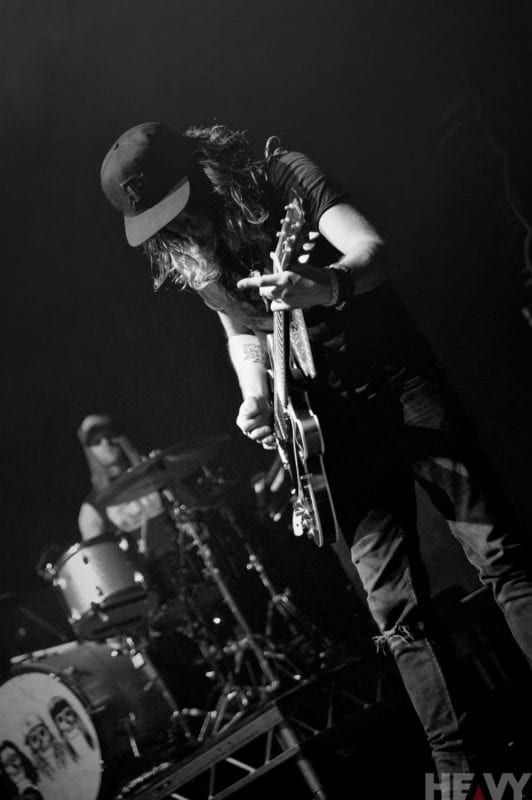 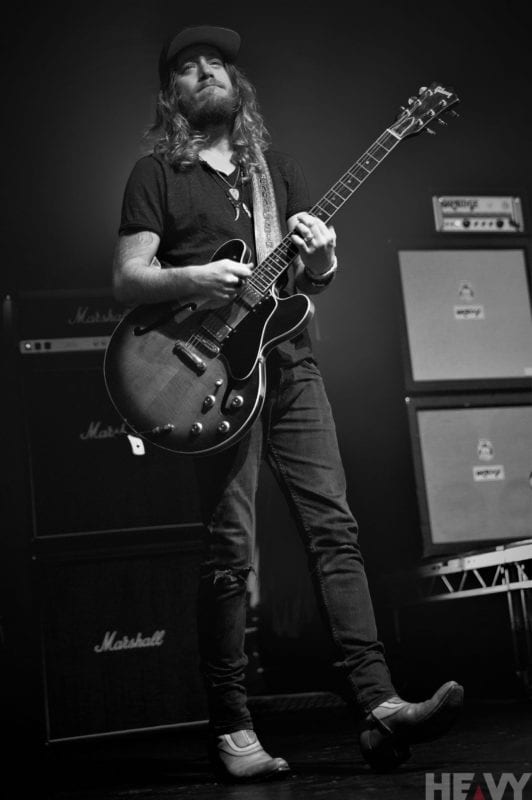 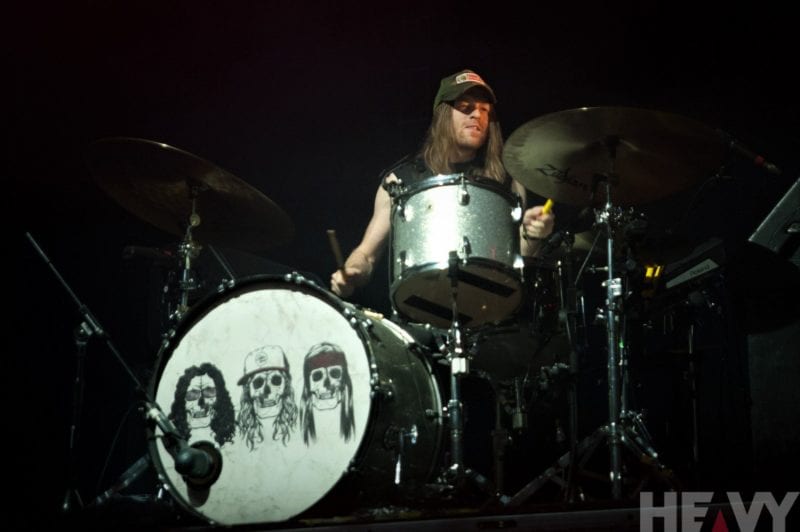 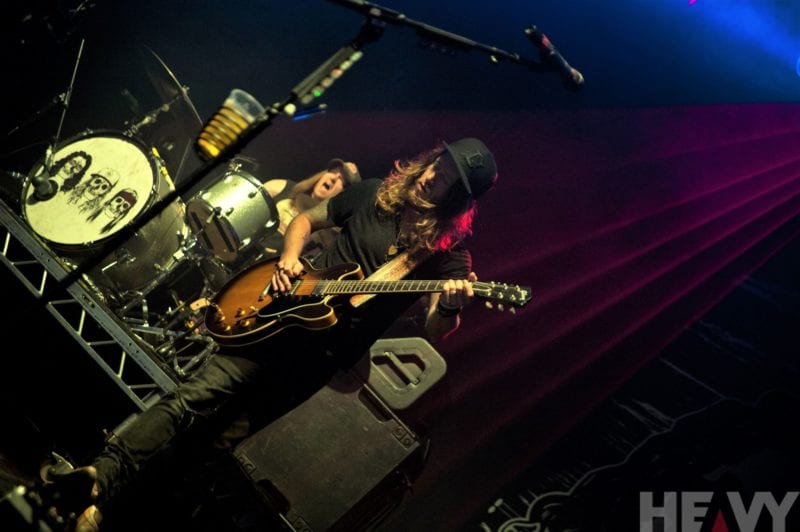 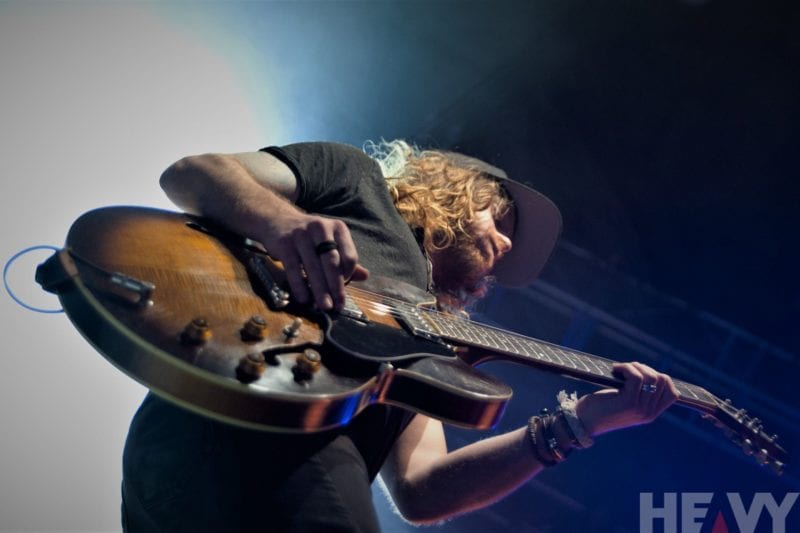 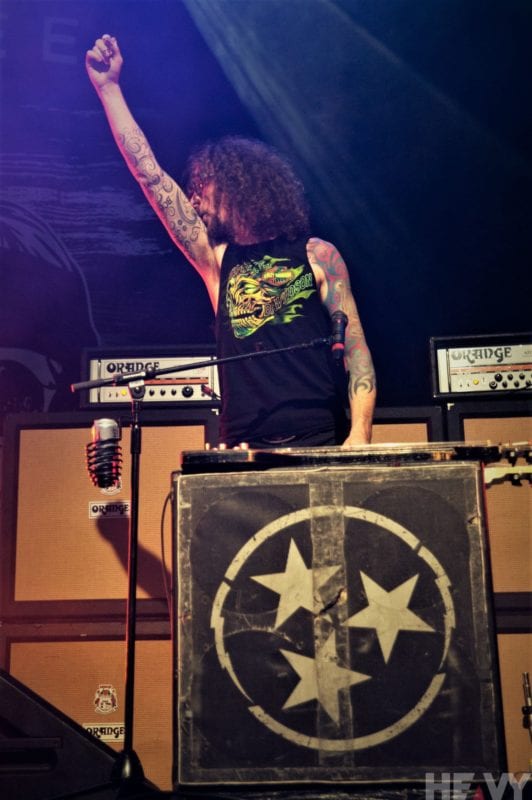 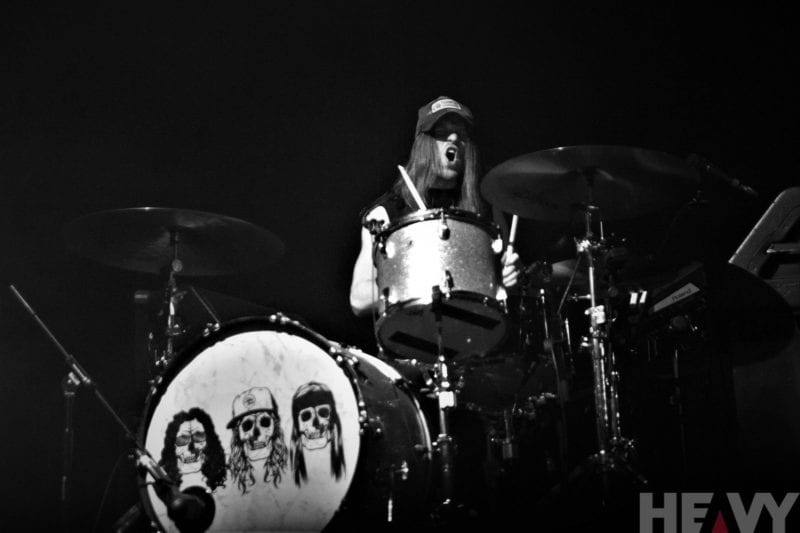