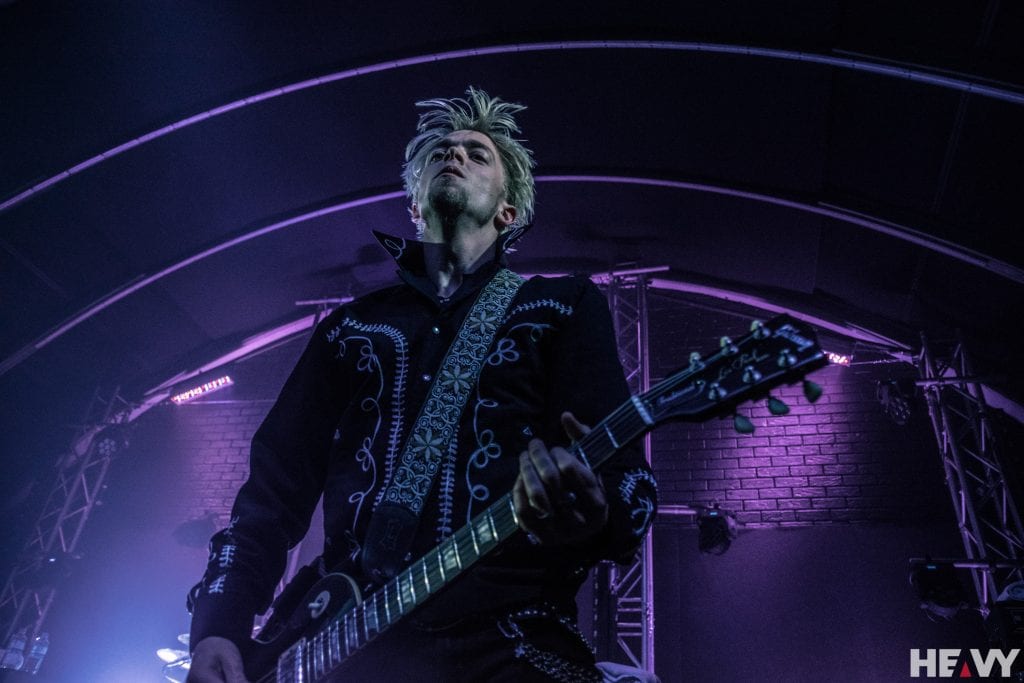 Not only is Australia the land of opportunity, it is also the land of undiscovered musical gems. The fact the Sydney’s Chase the Sun are still a supporting act, not a headliner is almost criminal.

Coming onto the stage with a minimum of fuss the blues and roots based trio launched straight into new single ‘Live It Up’ and by the first chorus the crowd had been roused sufficiently to raise their awareness from blasé to cautious interest. By the time the first notes of the second song ‘Red Hot Mamma’ were struck the crowd started swelling with the band kicking into gear and turning heads.

Chase the Sun have been playing for ten years, with two albums, the self-titled debut and Rednecks and Gentlemen introducing their blend of rock, blues and funk. Vocalist/guitarist Jan Rynsaardt, with his laid back attitude but mesmerising licks, was as captivating as he was talented, with the eight-song set punctuated by three guitar changes and a range of styles culminating in a slide fuelled rockabilly number, ‘Six Feet Under’ that closed the set.

Chase the Sun are supporting the whole tour, and with their as yet untitled third album due out in August will go a long way towards claiming their rightful spot on stage with sustained performances like this.

Black Stone Cherry were here only late last year as support for Steel Panther and on that tour showed enough to suggest that they too deserved headlining status.

Showing potential and delivering on that are two separate things, but from opener ‘Devil Queen’ Black Stone Cherry owned the stage and only got better as the night went on.

Guitarist Ben Wells was relishing his time on stage, bouncing and swapping sides regularly with bass player Jon Lawhon and his energetic playing style rubbed off on the crowd who hung off every note.

Black Stone Cherry are a much heavier sounding band live than on record, with even slower songs like ‘Things my Father Said’ and ‘In My Blood’ having that rockier edge that kept the constantly driving rhythm loud and confronting.

John Fred Young is possibly the hardest hitting skinsman I have seen live, with a side of drum set spotter on hand throughout the show being kept busy doing running repairs on his kit after and during every song. His drumming ability was surpassed only by his enthusiasm, with his drum solo one of the nights many highlights. Drum solos are becoming rarer for some reason in the live arena, but Young smashed that trend out of the water with a precision working over of the kit, completed by a dual harmonica and drum solo at the same time which was nothing short of spectacular.

As good as the rest of the band were, vocalist and guitarist Chris Robertson held centre stage throughout with his Southern blues and soulful voice bettered only by his guitar work with a continual alternation of lead duties with Wells bringing out the best in both musicians.

There was always something happening on stage, with guitar solos or drum fills filling any gaps created by guitar changes or drum repairs showcasing the consummate professionalism to which the band approaches their art.
‘Dark Secret’, ‘Blind Man’ and ‘Blame it on the Boom Boom’ were standouts, while ‘Lonely Train’ showcased just how heavy Black Stone Cherry can be while still paying homage to their rock roots.

The biggest cheer was saved for ‘Mary Jane’ with the obligatory items the song was named after punctuating the darkness as they were lit in homage.

By the time they finished with a sizzling rendition of ‘Voodoo Child’ by Jimi Hendrix, complete with all three of the guitarists finishing the song by playing behind their heads, Black Stone Cherry had delivered a concert that way surpassed the already high standard they had set for themselves on our shores.