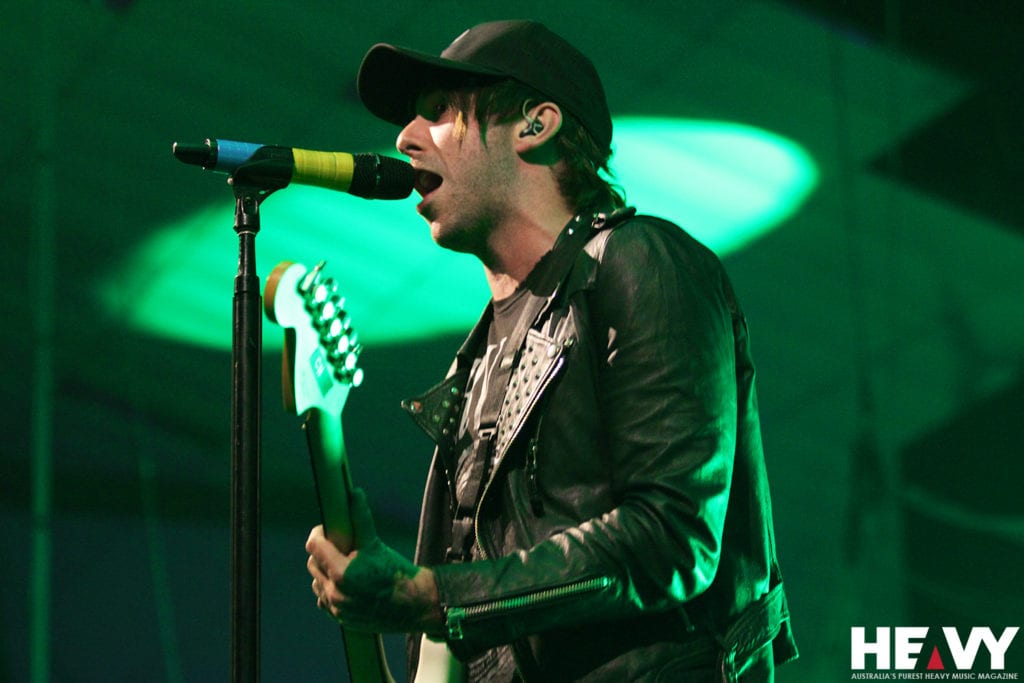 Pop punk is not a dirty word!!! It is surprising how many people still treat pop-punk with such disdain even though over the years we wouldn’t have bands like Blink 182 or Green Day without it. Obviously, though there are a few people in Melbourne that still love the genre because Festival Hall was filled to the brim as The Main, Neck Deep and All Time Low came into town… and to give credit where credit is due these guys all put on one hell of a show.

First up were The Maine who were brilliant despite being held back by the fact that the audio mix. It was so bad that at times even during their favourite song of mine, English Girls, it was almost impossible to sing along. The band preserved though and after John O’Callaghan had to urge the crowd to get on their feet during Black Butterflies & Deja Vu and Am I Pretty? it was like the crowd just erupted during Like We Did and it was obvious that The Maine had one over the Melbourne crowd. That relationship was further enhanced when the band got a crowd member named Jackson up out of the pit to join them for Girls Do What They Want.

Next up were Brits Neck Deep who were heavier live than what I expected and they quickly had the audience in their palms with their urban swagger style during Can’t Kick Up The Roots. From there the band just got better and better, so good in fact that tonight’s rendition of  Citizens Of Earth so heavy that they slammed shut the pop part of pop-punk. While I went into the night not knowing much about Neck Deep I left Festival Hall determined to go out and hunt down some of their music.

Then, of course, was the band that everybody had been waiting for – All Time Low and they certainly didn’t disappoint. After a brave start with lead singer Alex Gaskarth taking to the stage by himself to open with Weightless the band then turned Festival Hall into a giant frat house…. at least it felt that way as the band played the gig like we were at a party rather than at a show. When they weren’t wowing the audience with their teenage anthems like Somewhere In Neverland and Cinderblock Garden they made a personal connection with the audience by doing simple things like having Jack Barakat call his mother for Mother’s Day… of course that was only moments after he told the audience that he had ‘made love to sixteen mothers that day because mums put out.’

As a band All Time Low really do step up live and while the pounding drumming of Rian Dawson was memorable on Backseat Serenade, it was the brilliant guitar playing of Barakat on Kids In The Dark that really shone through. Any doubt that All Time Low really do have music smarts was thrown out the window though when Gaskarth delivered a slowed down solo version of Therapy and then backed it up with an acoustic version of Missing You.

While The Maine and Neck Deep were brilliant openers for All Time Low by lingering thoughts of the night are going to be that All Time Low is a much better band live than I ever gave them credit for. A great night that saw three bands deliver their best.