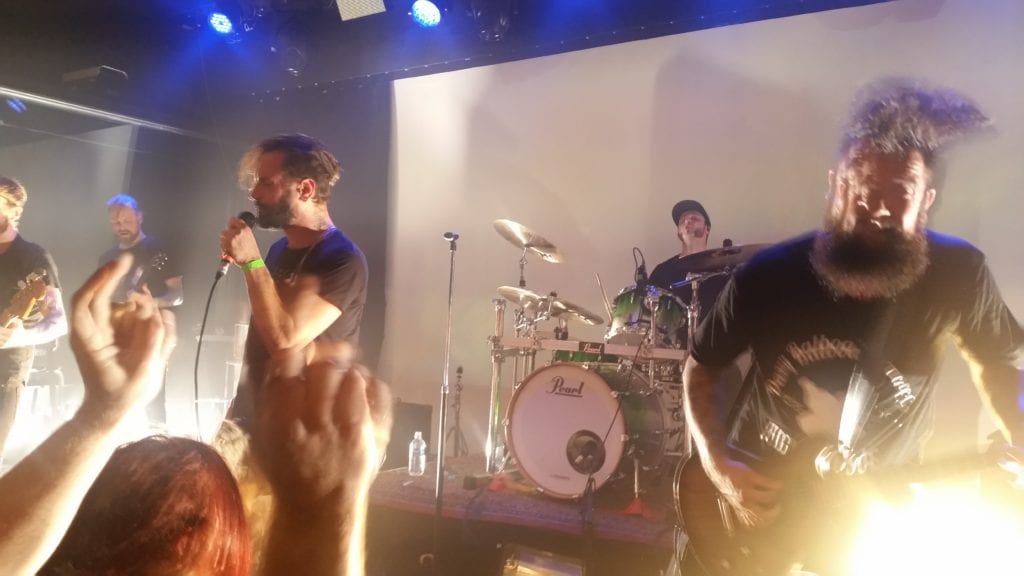 I can recall a handful of gig memories where I was just mesmerised by sheer brutal beauty that I knew I was surrounded by and a part of metal history and all that makes it awesome.

SYL’s ‘No Sleep til Bedtime’ show at the Corner

Opeth’s first ever gig in Melbourne at the Corner also

Arcturus at the Espy

Faith No More at the Geelong West town hall in 1990

Every Metal for the Brain

Experiencing Brutal Assault in the Czech Republic in ’14 also.  It was at that magnificent event that that trip also saw me experience The Ocean live in the flesh for the first time and it was a beautiful forty odd minutes it was. Transfixed and in awe of the The Ocean Collective’s atmosphere that I was digesting.

The Ocean were for me one of those hidden gems that had escaped me for so long and when I discovered them, was immediately addicted to all that sonically lay intertwined within the inner working of their musical canvas.

Refusing to go and see NeO I was OVER THE MOON when The Ocean announced a one and only headline show in Guitarist Damian Murdoch’s hometown of Melbourne, it would be rude of me to understate just how many of us were more than a little fucking excited. (And to get the chance to hear ‘PELAGIAL‘ in its entirety for the WIN!) In no way detrimental and in every way complimentary we were witness to and mesemerised by a stunning visual back drop of underwater images accompanying the entirety of the show. As if we needed anything else to perfect The Ocean evening, we knew this was another medium to visually as well as sonically deliver properly to us as an audience all they were trying to unleash when they penned and recorded ‘Pelagial’

Correct me if I’m wrong (I am A LOT!) but I feel this may be one of those special few one off shows where The Ocean has had the opportunity to perform ‘Pelagial’ in it’s entirety to an appreciative and thankful crowd. We knew it was special because not for one moment was there any need for the usual band/crowd banter, I was against the stage all evening and could feel the energy emanating from both the band and crowd. We knew the words, we knew when we could jump, headbang, mosh and suspend vocalist Loïc Rossetti above our heads and also when to chill the fuck out and be caught in a memory that will not easily be forgotten! PERIOD!

There was no highlight, every second of that hour and a half was a moment I am ecstatic to have been able to a part of. But when the encore happened and we were gifted with ‘Firmament’ & ‘The Quiet Observer’ the Howlers Melbourne crowd went that little bit extra batshit crazy.

I am not gonna lie, if I had of missed The Ocean play this gig I don’t honestly know how I would of dealt with it. I am CERTAIN that those of us that experienced ‘Pelagial’ this night will 100% agree with me, but having been a part of it, truly words aren’t enough. Passionate, intimate and exceeding any expectations Monday 28th November spent with The Ocean Collective performing ‘Pelagial’ for a privileged few is a memory I will not forget in a hurry.

Mesopelagic: Into the Uncanny

Bathyalpelagic II: The Wish in Dreams

Hadopelagic I: Omen of the Deep

Benthic: The Origin of Our Wishes

PrevPrevious.[PHOTOS] The Used, Sydney
Next.[PHOTOS] TORTOISE at the Manning Bar, Sydney December 6Next