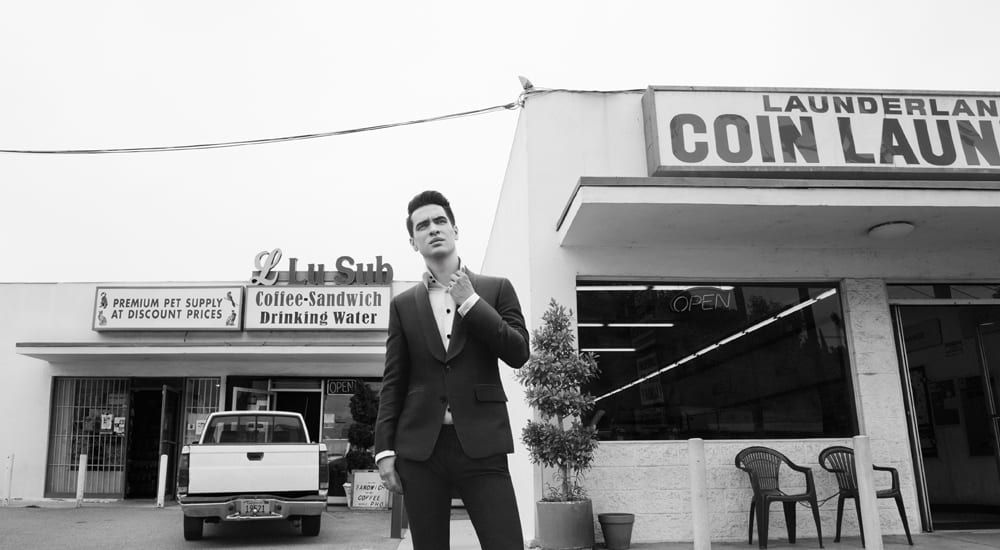 Just as I was about to go into Festival Hall last night I read a post on social media that read “Panic! At The Disco is that band even relevant anymore?” Well, that question was answered in a massive way last way as Panic! At The Disco put on a such a breath-taking show that they not only showed that they are still relevant, but that they are a band that should certainly be re-discovered by those music fans out there that probably haven’t had a listen to their material since A Fever You Can’t Sweat Out.

In all fairness, Melbourne had been warned by those that had attended the Panic! At The Disco show the night before in Sydney. All reports were saying ‘the show was awesome and the medical tent got to treat a lot of screaming fans.’ Even with that warning ringing in my ears I still wasn’t prepared for the amazing show I was in for.

The band came onto the stage with classic surf music blaring, surprising considering the band hail from Las Vegas and normally venture more on the burlesque and ‘big show’ side of things. That quickly subsided though with a blast from the Jesse Malloy, Erm Navarro and Chris Bautista who showed the audience early on just how important this brass section is to Panic’s sound. That blast was then matched by the roar of the crowd as frontman Brendon Urie launched into Don’t Threaten Me With A Good Time.

It turned out the threat of having a good time was very real for those at Festival Hall though with Urie soon reaching high notes that place him in the same league of Freddie Mercury and Justin Hawkins. With the vocals in fine tune, the whole stage show came to life as the lighting crew soon had the band looking like they were playing in a waterfall during The Ballad Of Mona Lisa. Urie’s vocal range was again on show as the band jumped into crowd favourite Hallelujah, a song that again led by the brass section saw Panic deliver a strange mix of gospel, blues and rock all into one very tasty mixture.

There never seemed to be a time all night when the crowd was ever ‘down’, and as the band rushed through tracks like Emperor’s Clothing more and more hyperventilating audience members were ushered into the medical area, but that didn’t stop the audience erupting, even more, when Urie declared that “Donald Trump has a crush on me” before singing Girls/Girls/Boys while unfurling a rainbow flag on his mic stand.

This was the start of something that is rare in live bands these days – brutal honesty. It was obvious that Urie was there to give a crowd a good time without hiding behind some of the things that often get annoying at live shows. He declared that the band weren’t into ‘that f**king bullshit’ of walking off stage and pretending that they aren’t coming back before doing an encore. Instead, they finished their regular set before straight away launching into more songs, including of course their big hit I Write Sins Not Tragedies. He also didn’t hide the fact that he is the only original member of the band still around and instead dedicated This Is Gospel to former member Spencer Smith.

The highlight of the night though was when Urie sat down at the piano and first of all performed an energised version of their single Nine In The Afternoon before then performing a track they recently recorded for the soundtrack of Suicide Squad a cover of Queen’s Bohemian Rhapsody. Anyone doubting what Panic! At The Disco were capable of needed to hear this cover. This isn’t a track to be taken lightly, in fact, like I Am Walrus is a track that is considered very difficult to perform live, yet here Urie and co did it like a breeze which in turn turned the audience into a wall of smart-phone lights which just added to the atmosphere.

The best way to sum up Panic! At The Disco’s Melbourne show was high energy and entertaining. While many others may still be doubters this tour has shown the true talents of Brendon Urie and why we can’t wait to hear more new material from him in the future.