This was my first time at Brightside in Fortitude Valley, Brisbane.

Having “Boys” by Sabrina on the stereo as I walked into the club did throw me off a little, however, the ever-growing crowd of Brisbane’s heavy metal fraternity put me at ease, and I’m guessing the C.D knew that, as “Hanging Tough” by NKOTB rounded out the preshow music with some sweet juxtaposition.

Up first on the main stage was Nonberk.

Fresh from a group discussion on why “Israel’s Son” was  Silverchair’s finest moment, and whether or not that vibe should be perpetuated in 2021  (the answer was obviously a resounding fuck yeah), this power trio both enjoy and are good at what they do.

Once the mid-90s dust had settled,  Amicable Treason saw fit to bless us with their spitfire fretonics and cement hardened riffery.

Singer Hamish can do it all.  Scream, growl, burp and aggressively summon demons.  The only thing he can’t do is spit anymore, apparently.

But good news, the long-awaited album is coming soon and we were treated to “Gospel Black”, a right-hand wrist workout for all concerned, but mainly the ride cymbal, and “State of Decay”,  the perfect backdrop to a moshpit dance comp, rudely interrupted by security for there not being enough social distancing.

Lots of notes were sadly missed due to the poor mix, but Eric’s lead tone, fortunately, cut through enough to lay claim to some rather tasty solo work.

Lots of directed from the stage crowd antics later (the non-contact, full contact wall of death being a highlight), and the room was truly warmed up for the main event.

I’ve heard a lot of hype about this band, both from word of mouth and in the press.

Two highly proficient lead/rhythm guitarists in Sam Faggioni and also lead vocalist and Cairns kunzi Lucas Blackburn; these lads know how to craft a decent metal track that, judging by the crowd, is to be fully taken in and absorbed rather than aimlessly moshed to.

The rhythm section is locked in tighter than a mob of sheep in a global pandemic.

Latest single “R.T.S.M.K”, finally proves too groovy in all its chugged out glory, and the crowd get right amongst the energy pouring from the stage.

Self-confessed mosher, “Ignorance Paid In Violence” provides anything but dull rifffery, and proof that bassists can tap to brutal effect.

“Mindless Evil” forces us all to notice just how on point Odius’ drummer Chalky is, as he more than makes up for the cardboard box tone provided by the venues average acoustics.

Effortlessly transitioning into set highlight “John Doe”, we are reminded yet again what a well-oiled machine Odius is.

Rounding out a perfect set is “Paid In Blood”.

Could be a tribute to the lowest tuned strings on the guitars that had to endure the onslaught of alternate picking this song commands, nay, demands…

The hype is very well deserved.

Overall, a fantastic night of aggressive music enjoyed by all who had the pleasure of witnessing it.

The Ignorance Paid In Violence E.P is out now and streaming on all platforms. 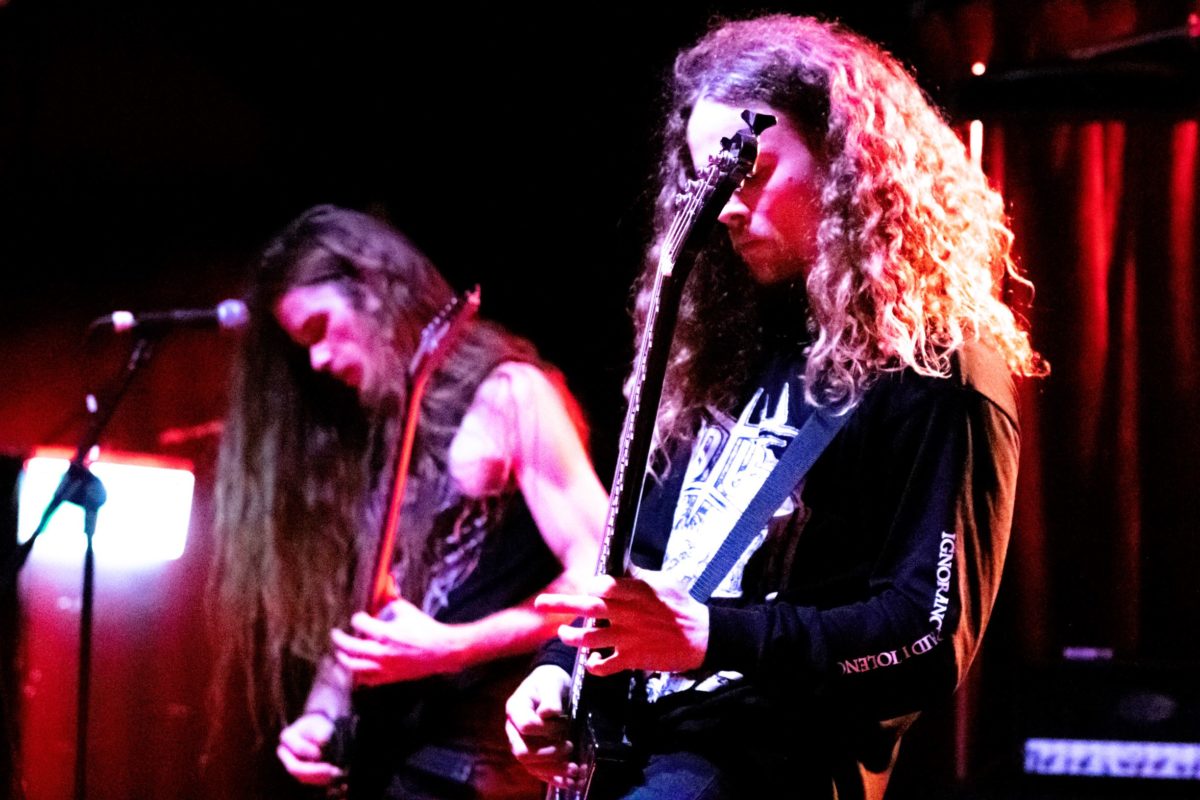 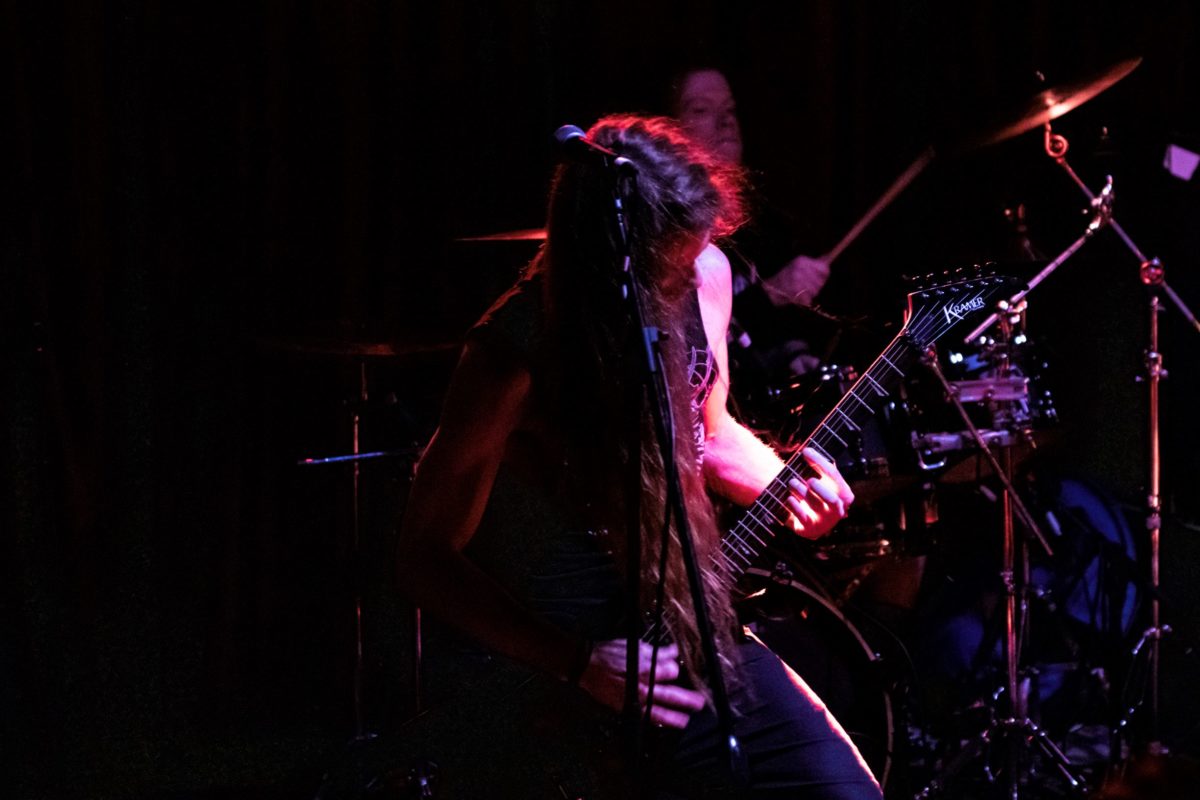 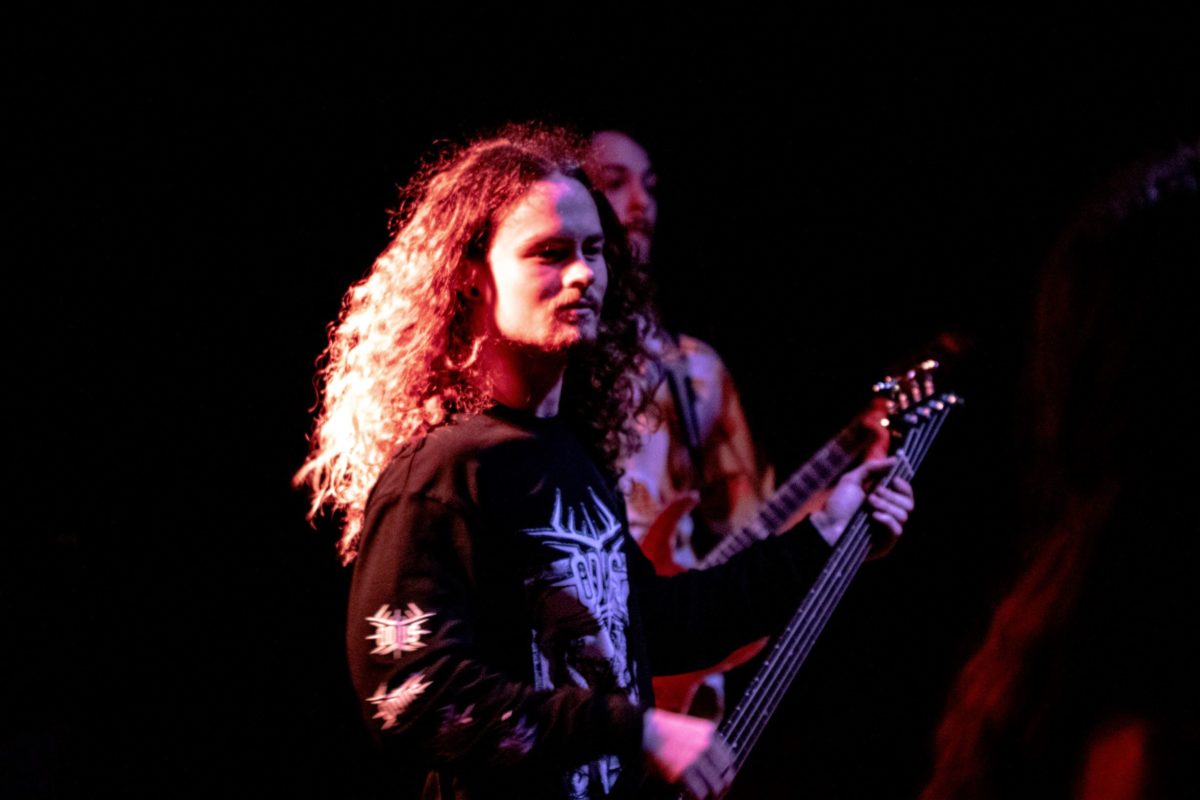 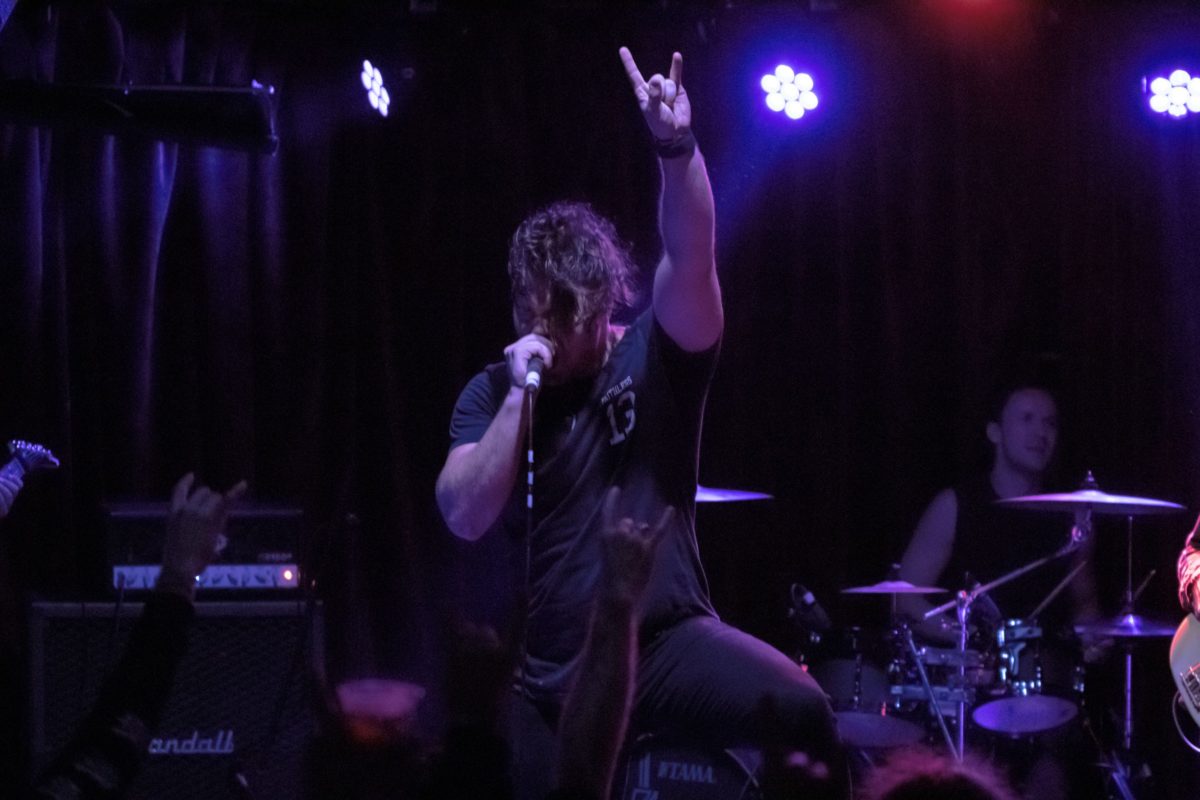 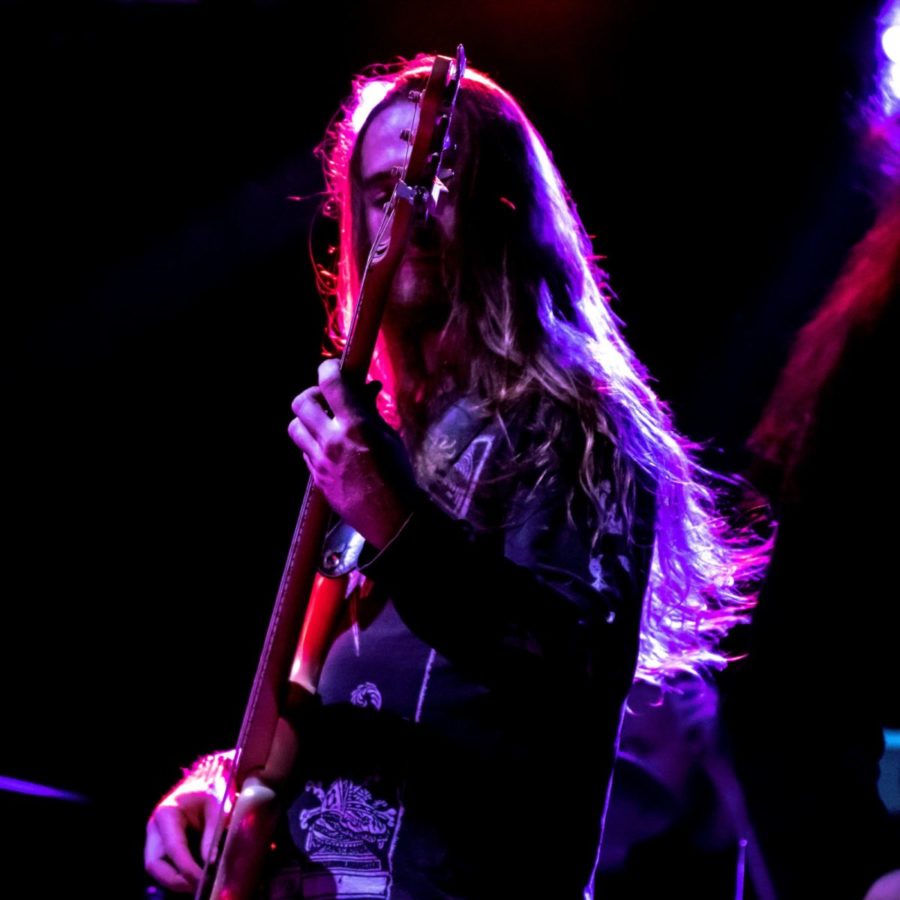 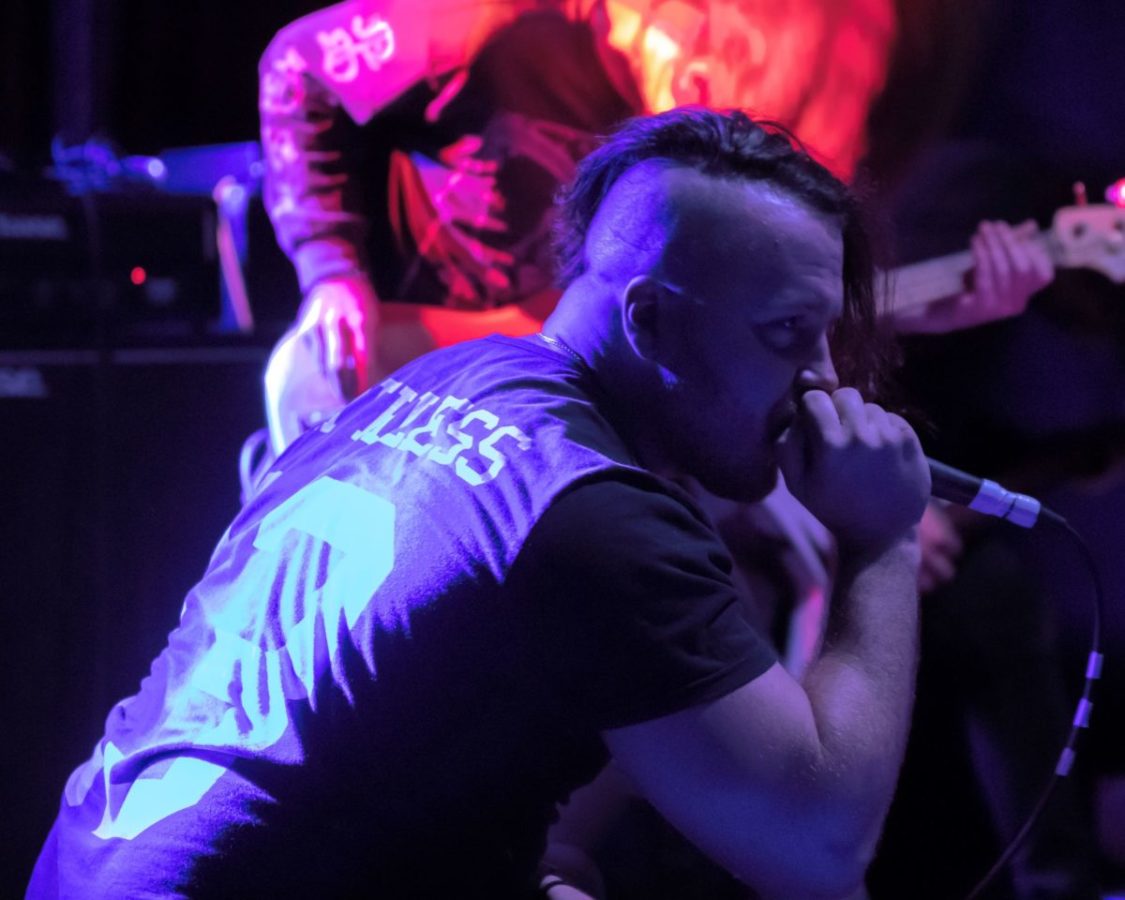 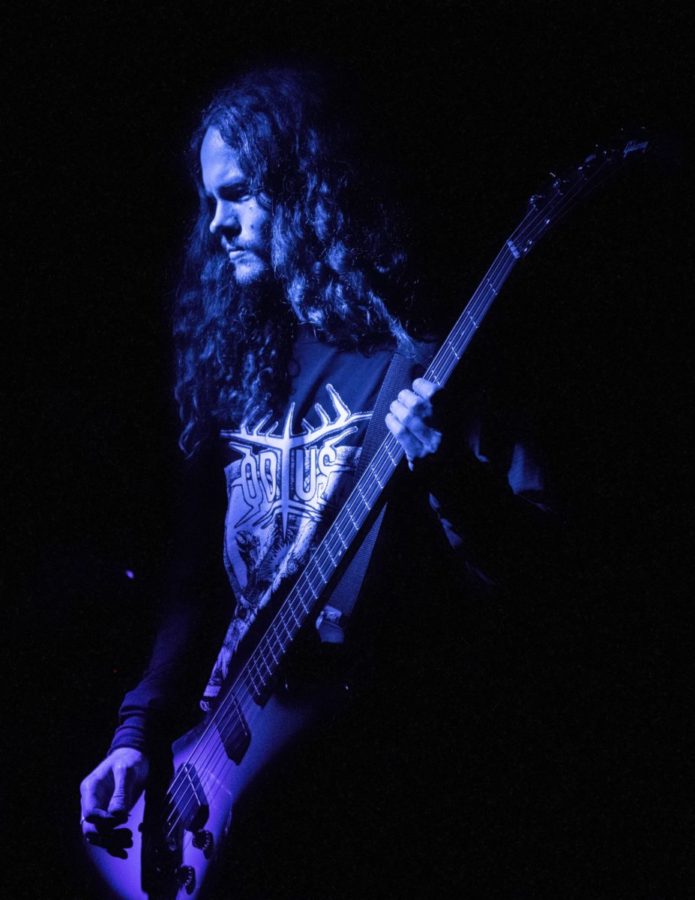