Coffs Harbour, down by the water in all its glory, is not really the kind of place to expect a full-blown metal festival, but here we are.

Krispy (Heavy) and I arrive at the RED-C Events venue just before 5 pm ready for the bands to kick off a half hour or so later.

On arrival, there is a small crowd of maybe 30-40 people so we head straight to the bar to get our fix of JD and then out to the back deck so I can engage in my filthy tobacco habit. There, we are greeted by a handful of skaters each taking a turn on a half-pipe overlooking the headland and ocean.

So here we stay for a while, talking some shit and paying absolutely no attention to the ocean, or the skill, or lack thereof, taking place on the pipe.

Nek-minnut, we hear the first band kick-off and kinda hurry/stumble inside to check out the action. To our surprise, the crowd has grown to around 200 people and the evening appears to be in full swing. 100 of those were lined up at the bar waiting to get a drink, so we decide on a momentary dry spell and head over to watch local lads The Black Tusk.

I wouldn’t really describe these guys as a metal band, more of a hard/heavy rock act who were throwing down some good blues-driven tunes. While quite enjoyable, and a fairly tight act, these guys just needed a little work on their stage presence, movement and crowd interaction to further engage the crowd into their rocking good tunes. Maybe if the bar queue wasn’t still 100 strong, this may have been a little easier for them. Poor bastards were probably all a little dry, along with their fans.

Before the next local band Flying Giant kicks off, we take our V.I.P. (Very Important Pissheads) door list arses backstage for a behind-the-scenes tour. To our surprise, we are greeted by one of the biggest green rooms I have ever seen, complete with a plentiful rider and its own private smoking deck overlooking the half-pipe and ocean. Coffs sure is putting on the Ritz for this one! FG kicks into their set with their own brand of melodic & progressive metal reminiscent of early Tool, Chevelle and even a hint of Karnivool. With shifting time signatures drifting in and out and some very impressive clean vocals pulling it all together I head to the bar for an attempt at our next round of drinks. Much to my dismay, I am greeted with that 100+ bar queue that I spoke of earlier, so I watch the remainder of their set, while in line, surrounded by a bunch of slightly confused but very interested music fans.

Next up is Bakasura, another local act fronted by event co-organizer Rob.

Firstly, I must say, it was great to see an organizer slot his band in modestly rather than stealing himself a slot at the top of the bill, which by all means they well and truly would have crushed. These guys were heavy as fuck with their tight mix of thrash and groove metal. They had the moshpit in action from their first song with their heavy as fuck vocals, shredding guitar riffs, three-finger speed bass picking and a solid as fuck drummer. The drummer impressed me so much that I posted a short vid to Facebook. The dude was apparently only 18yo, what a machine … and that hair, I’ve got to mention that hair. Check it out if you have the band or I on the book of face!

The Outcome takes the stage next and they open up with a killer bouncy riff that instantly grabs my attention. These guys aren’t overly heavy, especially considering the act they just followed, but it’s still just that right amount of heavy to make you bang your head! With an interesting mix of good cleans, solid screams, melodic choruses and great crowd interaction, their front-man Trent drags the crowd in to deliver an absolutely massive crowd response after every song. He even took the time to represent and respect the local Coffs metal scene, whoever knew they even had one.

Much to our delight, there were even some of the fairer gender amongst the sea of black, who were dancing away to the heavy rocking riffs that this band delivered at every moment.

Now that the local bands of Coffs have delivered, and well and truly exceeded our expectations, it’s time for the lads from the Northern Rivers Minds?End to take the stage.

The band opens with their own brand of broken groove before front-man Jens (The German Jesus) loses his shirt and commands his black-shirted lambs of God into a frenzy, in bare feet and boardies, with his brutally heavy vocal attack. The crowd, which has now grown closer to 400 black shirts, goes wild after every song, and the moshpit becomes disjointed trying to keep up with the shifting time signatures and poly-rhythms that the band delivers so flawlessly with Dave’s intensity and concentration keeping those tightly interlocked guitar riffs in sync with the rhythm section of Simon and Mado. They drop two new songs, “The Agenda” and “Cannibals”, which again deliver the goods and keep the crowd wanting more. With “The Agenda” due to be released later this year and a follow-up EP in the works, this band has just cemented itself with a solid fan base in Coffs Haroubrs apparently existent metal scene.

I’d been waiting to see these guys from Sydney for a few months now after a friend of mine gave them rave reviews following their last show in Brisbane. And, holy shit, HOLY SHIT, these guys did not disappoint. Close your eyes and you are listening to a 5 piece band, but low and behold, these guys are a simple two-piece with a drummer and a frontman who plays guitar, sings, and does some tricky thing where his guitar also makes bass noises. Even the drum kit was stripped down to one tom and three cymbals which you would have never guessed after hearing the solid rhythms that were being laid down. The tunes were absolutely rocking and had the crowd in an absolute frenzy and delivering screams of respect after every song. This is a band that commands and deserves respect with their eclectic mix of desert and swamp rock.

Now, we head to the bar to get a quick drink before Byron Bays very own From Crisis To Collapse hit the stage, and much to our horror the venue has run out of JD!

Damn, this is a crisis, and the whole event is about to collapse until we discover a stash of CC & Dry which wets the whistle just enough to keep this train rolling. After a drawn-out suspenseful intro, FCTC hit the stage with brutal fury. Guitarist Chad cannot stand still and bounces around the stage like he has some kind of springs in the bottom of his shoes while contorting in and around his guitar. The moshpit is full, and heads are banging to the flawless delivery of fast-paced shredding and heavy as fuck metal grooves. Front-man Gus demands and commands the respect of the crowd before breaking to thank the traditional custodians of the land for the plentiful environment that we all now share with them. For the next track “Lift The Veil”, Trent from The Outcome joins them on stage to deliver a dual vocal assault. Vocalist Gus continues interacting with the crowd in and between songs, keeping all of them interested and feeling loved, before giving the band a short break while he auctions off a custom FCTC skateboard. The bidding starts at $75, and Gus threatens to bash the crowd, in jest, if they don’t bid, before realizing he’ll probably get bashed by the local crowd and retracting his statement before the board sells for $125. Thankfully no one gets bashed, however, I did hear that the winning auctioneer never claimed or paid for his board, so there may be more to this story.

During the auction I break to the bar for another round of drinks before being shunned off by security telling me that the bar is now closed. This breaks my heart and brings a tear to my eye, but luckily FCTC kick back into it and continue their intense show which keeps me interested even though my whisky palette is now brutally dry. The band shortly announces they are playing one last song and the crowd reacts with a “Seven More Songs” chant, even though the crowd has thinned a little in the “watchers at the back” section, most likely due to the lack of available beverages and a general disdain for venue licensing. Nonetheless, the crowd in the pit is still in full participation and enjoying every last riff and scream with body’s/racks bouncing, hair flying and horns in the air.

FCTC delivered a blistering, almost hour-long set which did not let up from start to finish. If you don’t already know, this is a band to watch out for, so get yourself to a show and experience this fine-tuned metal brutality at its best!

Now the night is over, it’s time to catch an UBER back to the hotel, without even a single whiskey in the last 25-30min. Luckily, despite the shortage of JD, and the early bar closure, this event was a complete success, and the talent both from local and afar were collectively fucking amazing.

Complete with one of the most professional run sheets I’ve ever seen (I wasn’t even sure these things still existed), super tight 15-minute changeovers, and one of the fastest stage pack downs in history, this event has set a new standard for locally run festivals.

But will it stay local, and will it be back? Well, we sure hope it will be back and the event organizers promise that there will be a Vol. 2. and, maybe sometime in the future we may even see this event hit other coastal towns, and showcase some more awesome unknown coastal acts, which aren’t usually seen or respected by the city snobs, I mean mobs …

… to be continued … hopefully! 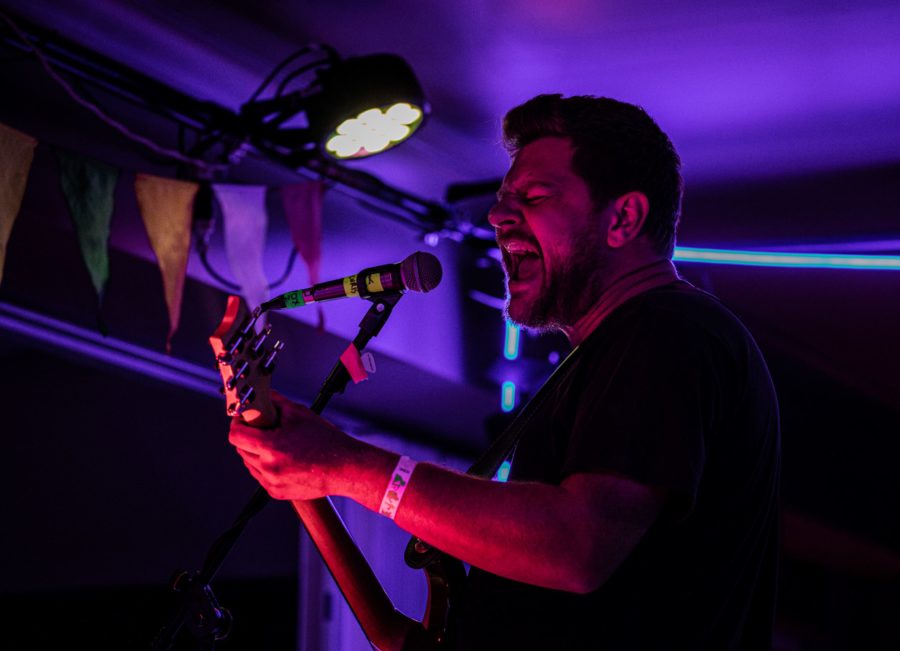 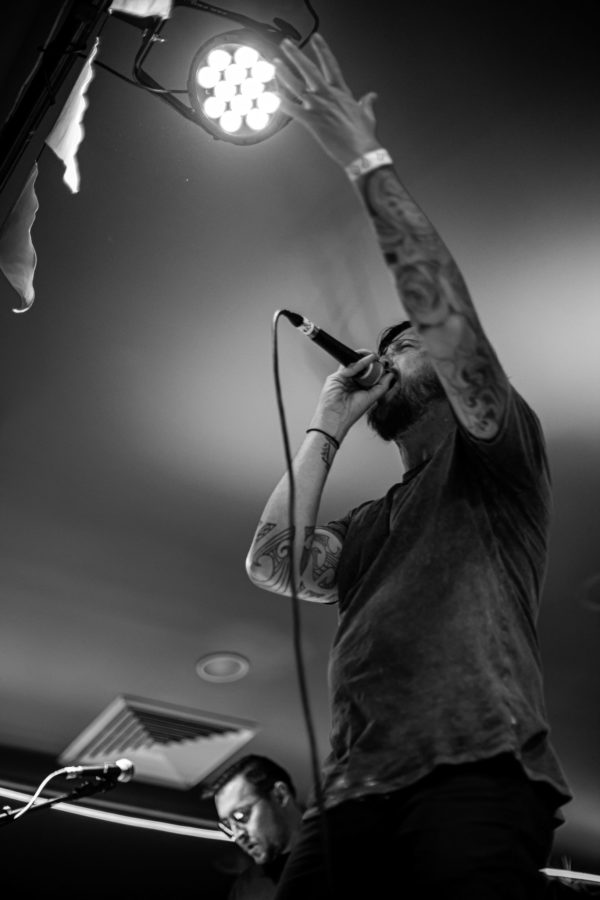 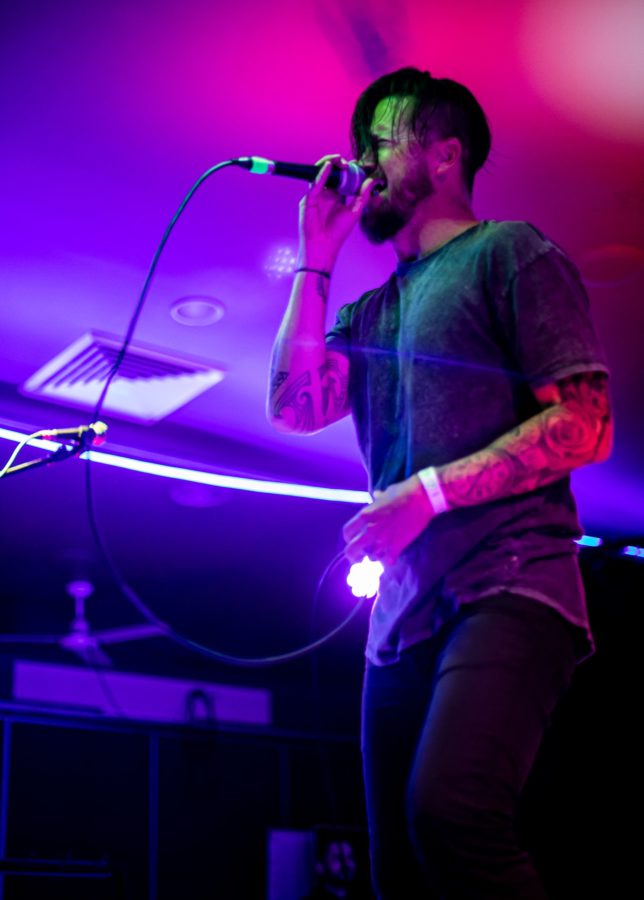 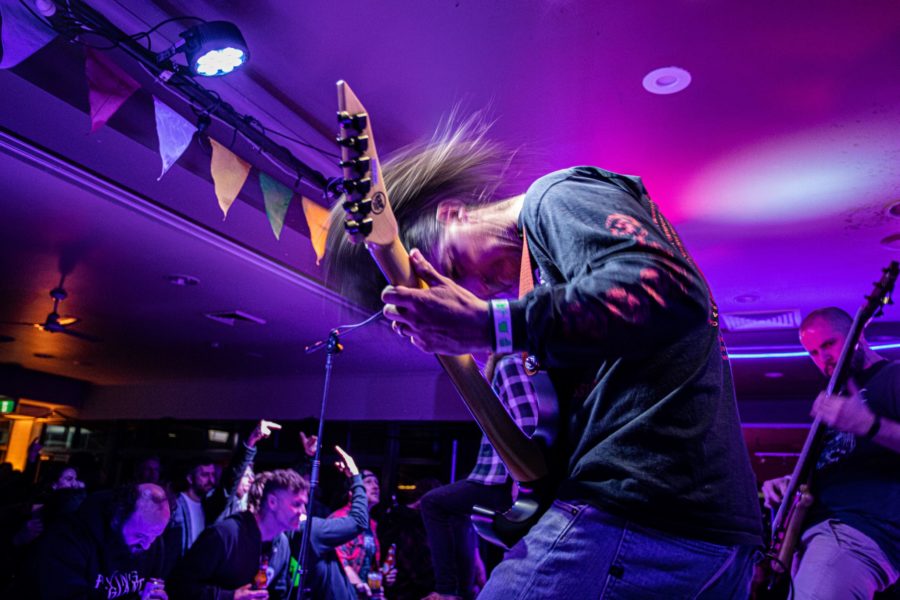 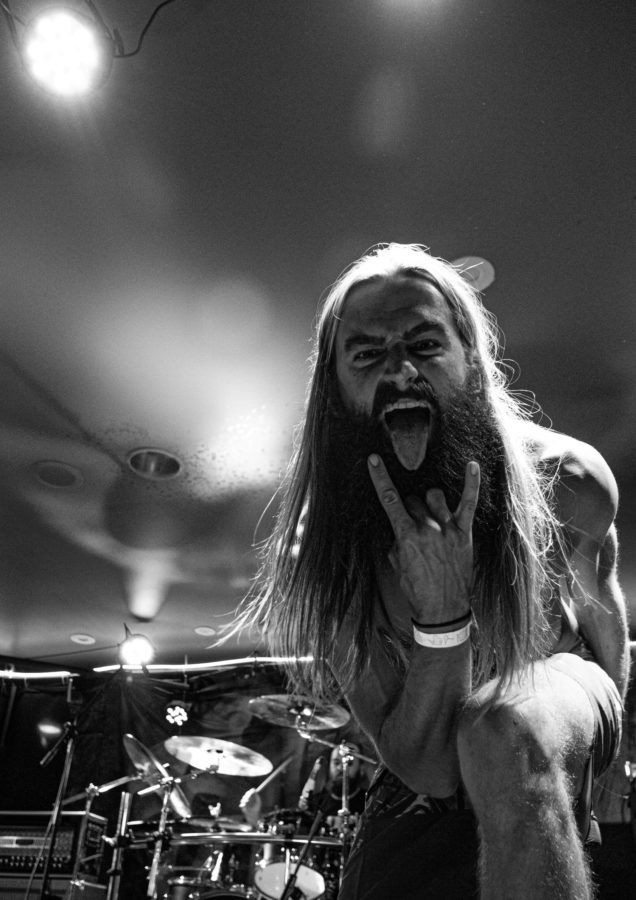 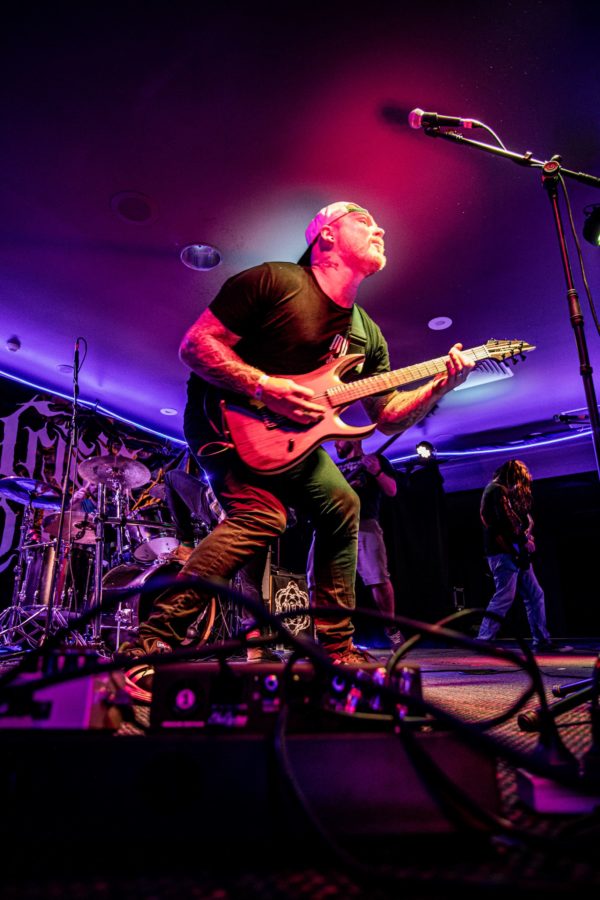 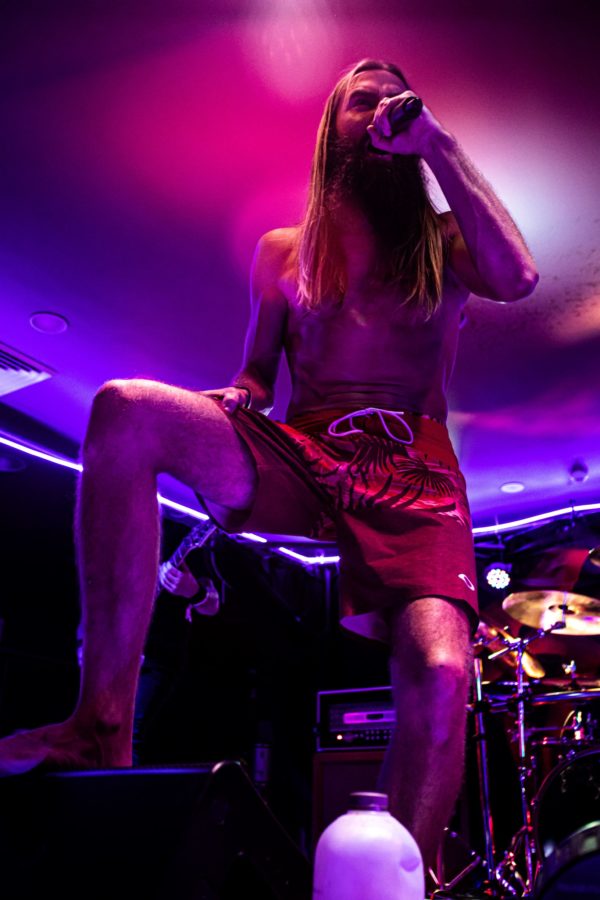 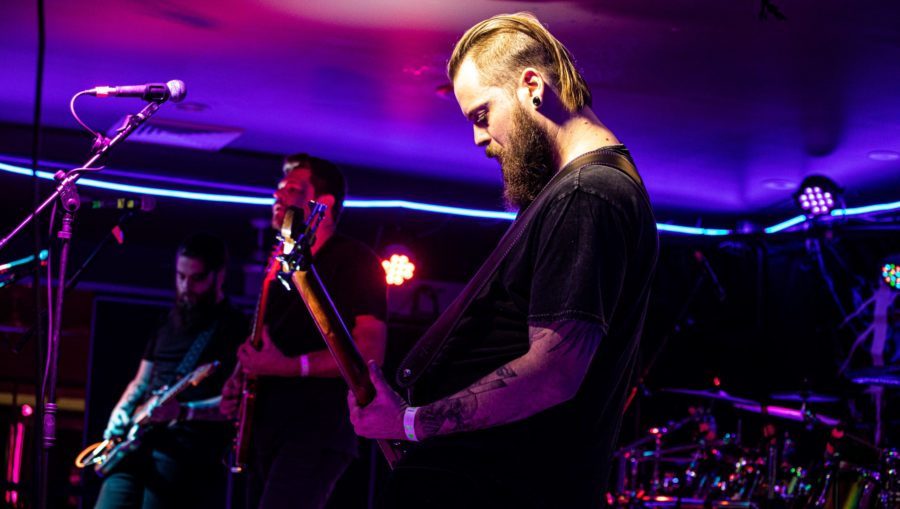 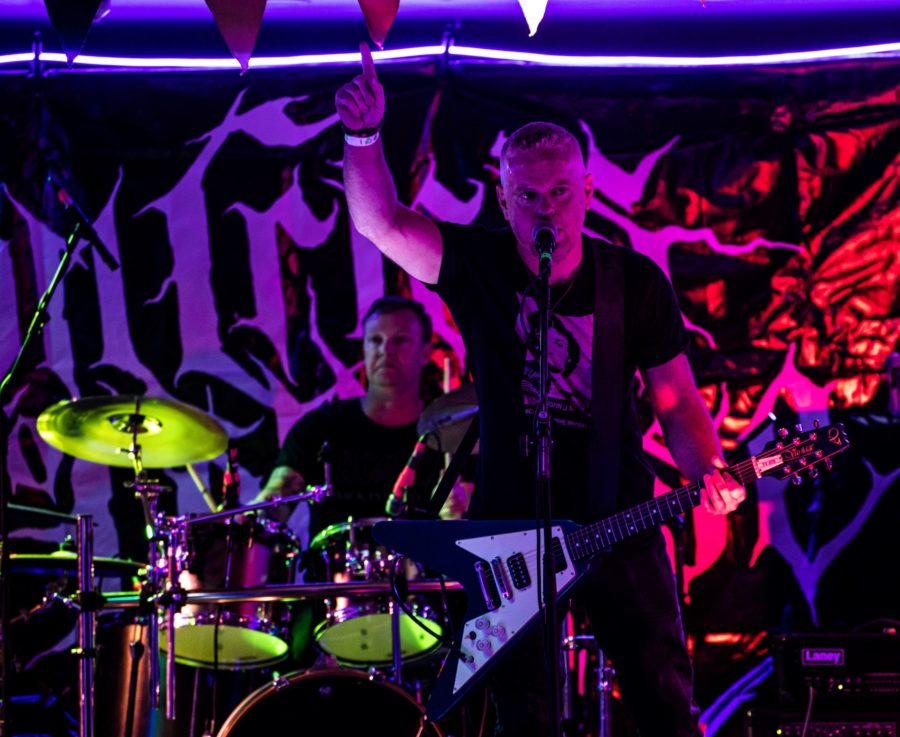 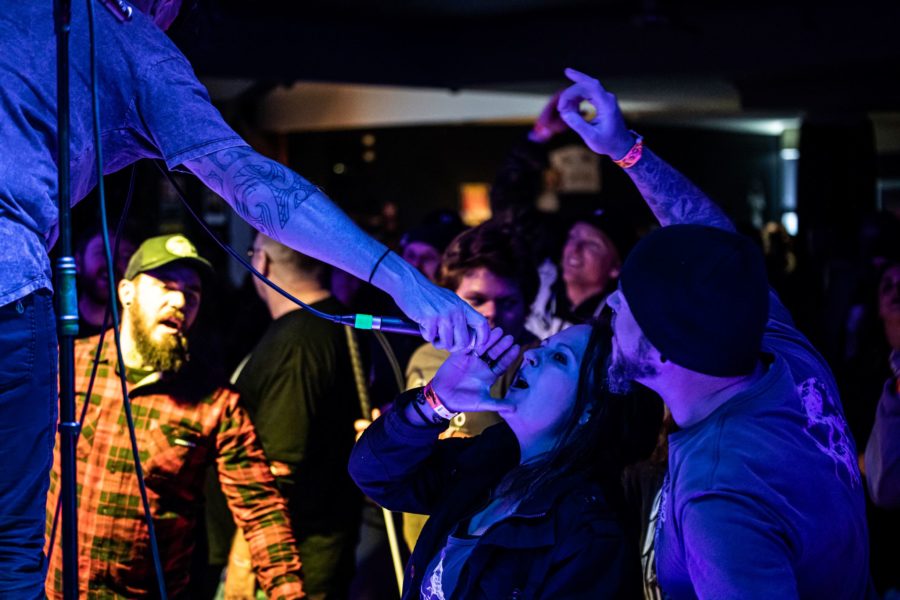