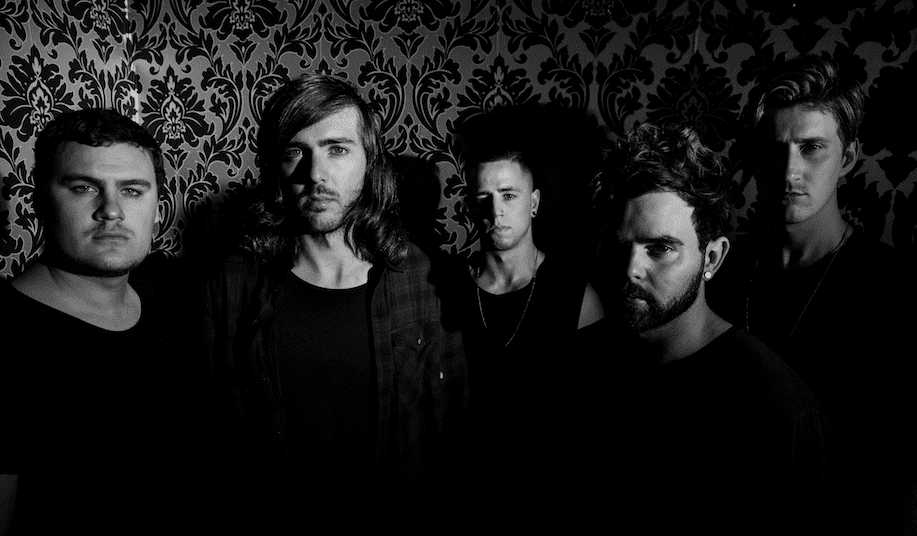 Tonight was a series of firsts for me. My first visit to the boutique venue affectionately known as “The Rattler”, and my first time seeing all but one of the bands on the bill, that being headliners Far Away Stables. Even the crappy Sydney weather couldn’t dampen my spirits as I made my way to the venue.

Opening up was up-and-coming Sydney pop-punk powerhouse Oaks. Apparently, they were a late inclusion on the bill, and despite the relatively small crowd, made the most of their slot, ripping out tracks from recently released EP Space To Grow. Influences such as Neck Deep and Blink-182 shine through in their music, and songs such as “Broken Pieces” and “Reshape” sounded great in the small venue. They even threw in a Neck Deep cover, “Gold Steps”, which had the crowd singing along. They closed with “Better Off Alone”, which was a real highlight. The crowd seemed to get into it, and it wouldn’t surprise if we hear much more about this band in the future.

Next, it was Sydney post-hardcore five-piece Oh/Villain. This is another up-and-coming band that has been making waves, combining traditional post-hardcore riffs and vocals with some pretty cool hooks and melodies. After a minor technical glitch early on, the guys delivered a set with all the power they’ve become renowned for. Vocalist Julian Latouche was firing, and tracks such as “Alive Like Me”, “Find Me”, and set closer “Heartless” were dynamic enough to convince me that the noise coming from this band is more than just hype. They have a new EP, Pilot out on June 30. If you’re into post-hardcore, or just want to check out some new heavy music, check these guys out.

Things mellowed out a bit next, with the indie-pop stylings of Abbey Gardner. Probably a bit of a mismatch when compared to the other bands on the bill, but this is another young artist who has managed to build a big reputation in a short period. While her music isn’t really to my taste, as a live performer, she was very impressive. The two songs she did unaccompanied, “Playground” and “Winter”, with just an acoustic guitar and loop pedal, underscored just how talented she is.

With the release of their new album Between Rage and Serenity, Far Away Stables are being touted by some as the next big thing in Australian music. The album has been getting great reviews, and they backed it up tonight with a set that sounded as big, if not bigger than their highly acclaimed studio sound.

Brendan Sheargold’s vocals have a slightly more aggressive edge in the live setting (aided by his trusty megaphone), and new tracks such as “Caldera” and “Phantasm” emphasise just how far they’ve come since their debut EP, Behind the Bookcase. Drawing on influences such as Muse and Silverchair, as well as the more traditional punk and hardcore elements, the band has developed a distinct sound that you can both sing along to, and bang your head to.

Old fan-favourites “In My Head” and “What Are You Waiting For” had the crowd in full voice, and they closed with the Skrillex/Benny Benassi cover, “Cinema”, which instigated a good old-fashioned hardcore pit, with fists and feet flying in all directions.

Despite the inclement weather, I couldn’t help but leave tonight’s show with a warm feeling inside. Four promising young acts were performing in a not-for-profit venue run by volunteers, so perhaps there is more than a glimmer of hope for live music in this city!