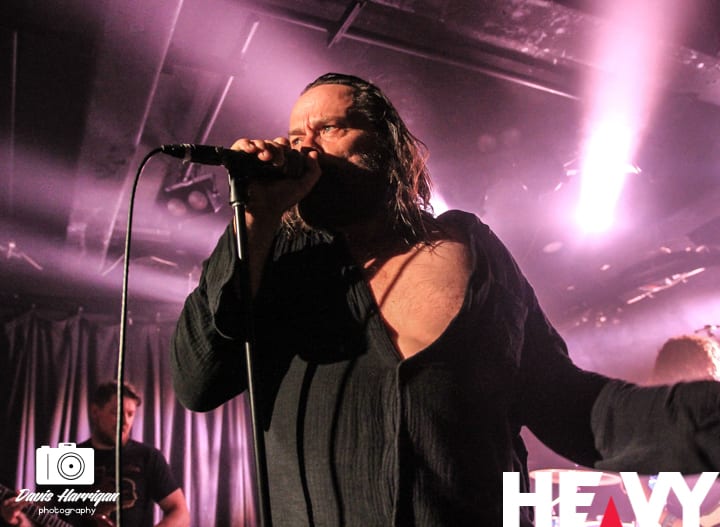 Melbourne’s crème de la crème of rock music brought home what was a breathtaking display of stage presence and pure passion at The Corner Hotel, led by hometown stalwarts, Electric Mary. A packed and loud Corner didn’t miss a beat the entire night, as Tequila Mockingbyrd, blues-rock outfit Dirt River Radio and hair-raisers Dead City Ruins chimed in for a piece of the action.

It was a four-course rock devastation that started with the strong trio that is Tequila Mockingbyrd; Estelle, Josie and Jacinta bring a flare to the stage not many can match. While it will be the last time we see Estelle behind the mic, “Money Tree” got the crowd amped up very, very, quickly. Like the best 80-proof on the shelf, “Shut Me Down”, “Everyone Down” and the appropriately named “Jaegerbomb” was like a whirlwind of beautiful guitar shredding and booming bass lines.

On the drums, Josie is a beast. Not many would hit the kit harder than her, as the band flew into “Never Go Home”. There may be a changing of the guard, but when “I Smell Rock N Roll” boomed through the venue, there was no doubting the impression Tequila Mockingbyrd have made.  It’s a hair-raising tune that leads off Tequila’s debut album from 2016, Fight and Flight.

Dirt River Radio is quirky, and bring a whole new twist to blues-rock. From the moment the Melbourne four-piece jumps on stage with “Methamphetamine Boogie”, they really meant business. They weren’t “slow dancing around the lounge room”, they were amping it up to 11. Off the back of incredible momentum of their latest album, Sun City White, “The Dirties” captured the crowd beautifully.

Dead City Ruins. They’ve toured many countries, they’ve released some ripping, roaring music for 10 years; but nothing can prepare you for the rock n roll onslaught as soon as vocalist Jake Wiffen lets out his signature scream. No bull, it’s balls-to-the-wall as the band unleashes with “Til Death”, a booming, moving riff from their 2014 self-titled album. That’s immediately followed up by the wickedly riffy “Broken Bones” and the crowd is in a frenzy.

“Where You Gonna Run?” from the band’s 2011 debut album, Midnight Killer, is the perfect curtain call on a set that sets off plenty of proverbial fireworks. Jake knows how to engage his audience, and so do the rest of the members. It’s a brilliant example of great rock music.

The night isn’t finished yet, as Electric Mary, the headliners, stay concealed behind the Corner’s signature red curtain until showtime. Launching into their set with “Let Me Out”, the Mary’s announce themselves with the sweet sound of a Pete Robinson and Brett Wood guitar combination. Vocalist Rusty Brown is a commander of the stage and an absolute stalwart of the music industry. Electric Mary doesn’t like to leave anything behind, as they deliver a 1-2-3 volley, including a tribute to the late Chris Cornell. “No One Does It Better Than Me” and “Sweet Mary C”, the last paying homage to the roots of the band’s name, are prime examples of Brown’s huge vocal range.

Electric Mary promised new music for this gig, and they delivered with “My Woman”, a tune straight out of the band’s motto, “rock and roll – the way it used to taste.” Former member “Spyder” has come in on drums after the departure of Davey Porter, and there was zero doubting his strength behind the kit, grin plastered across his face.

Not to be outdone, the night includes a Wood solo on his Gibson in “Already Gone”, from the 2014 EP The Last Great Hope. This sound is exactly the culmination of a group that know what they want to do and it shows. “Gasoline and Guns” is a fast-paced, frenetically charged track from the

“Gasoline and Guns” is a fast-paced, frenetically charged track from the Down To The Bone album, and the Corner crowd turned up the vocals in time with Brown and the band, the equivalent of a large rock choir. Rounding out the set with “One Foot In The Grave”, it is still very evident that the opposite is true: Electric Mary still has both feet firmly planted in the rock music prime of Australia.

The night was much anticipated and it brought it home in spades.