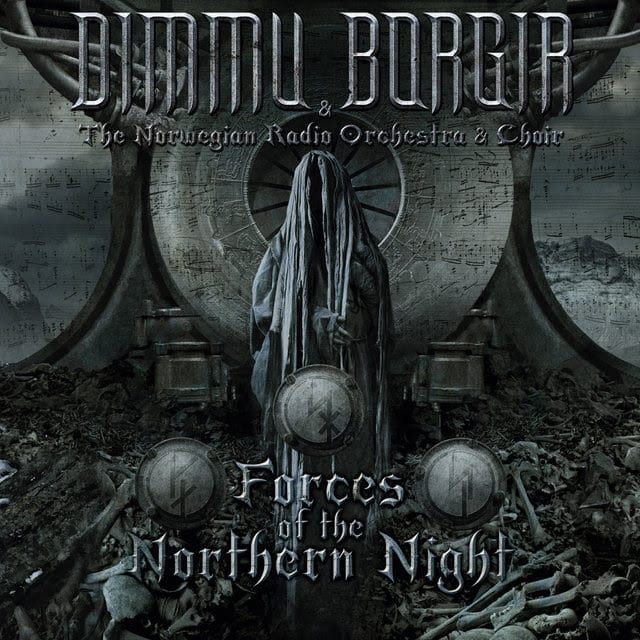 Listening to the opening of Dimmu Borgir’s orchestral opener “Xibir” reminds me of Wagnerian classical meets Starwars “The Imperial March” and Lord Of The Rings in the key of Crowley, after all, it is ABRAHADABRA.

Unlike most live albums this is symphonic black metals finest in a live format. I’ve seen the earlier years through their nuclear blast appearances with “Mourning Palace” from the 1997 Album Enthroned Darkness Triumphant which makes a much-needed appearance. If you’ve seen Metallica’s S & M and Satyricon’s night at the opera you will see that heavy metal and classical is a natural genre for extreme metal to infuse, hone and utilise.

Other tracks such as “Gateways” featuring Djerv front-woman, Agnete Kjølsrud, off the album Abrahadabra and “Progenies Of The Great Apocalypse” which features Abbath from Immortal, with the mood, atmospheric sound scape and lyrical content tailored to suit as a blackened soundtrack to their Death “kvlt” Armageddon.

It is a shame that ICS Vortex wasn’t present on vocals giving it a more blackened Pink Floyd type atmospheric voice presence and bass especially for the eras he was present and recorded on. None-the-less Shagrath, Silenoz & Galder carry the solemn torch of Dimmu Borgir from earlier incarnations but backed by their most recent touring line-up including Geir Bratland (Apoptygma Berxerk, The Kovenant) on keyboards and Terje Andersen from Cyrus; Susperia) on bass.

It would have been awesome to witness live in Oslo, but remember in Europe and Scandinavia this is a national and normal thing to see and go to these days.

One could consider this release a “commercial” effort to the “trve kvlt” black metallers but if you’re into metal, and of the left-hand path persuasion from Norway, I would highly recommend this for a true cultural and metal live experience.