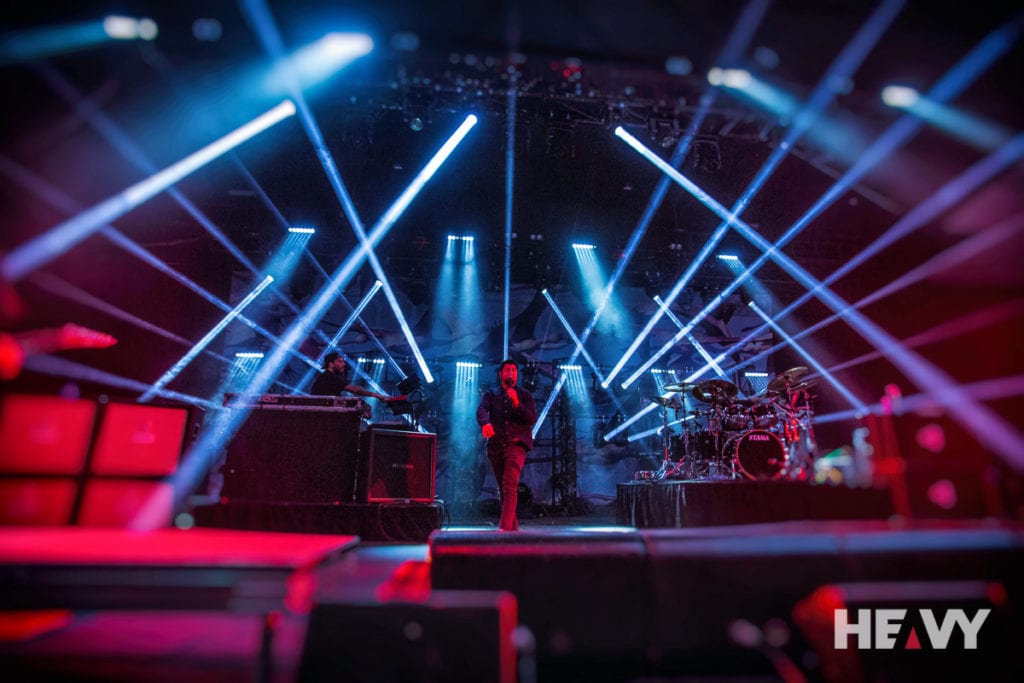 This was one of those once in a lifetime bills that simply must be witnessed if you dig any mainstream heavy guitar-driven music. Deftones, Karnivool and Voyager, together in a big hall. It sounds very diverse on paper, but it made oh-so-much sense if you were there.

Perth melodic metallers, Voyager, are a delight with their big sound which is expansive and crunchy all at once. And, their live show is engaging. Opening with the twin-barrelled punch of two of their more recent tracks Hyperventilating, from their last album “V”, and the excellent standalone (at this point) single released earlier this year Misery is Only Company, the band were here for a good time not a long time. Consequently, they were unable to play their famous covers medley, which is always great value, but their set was shedloads of fun nonetheless; fun is what this band is all about.–within a blistering progressive rock and metal context of course. 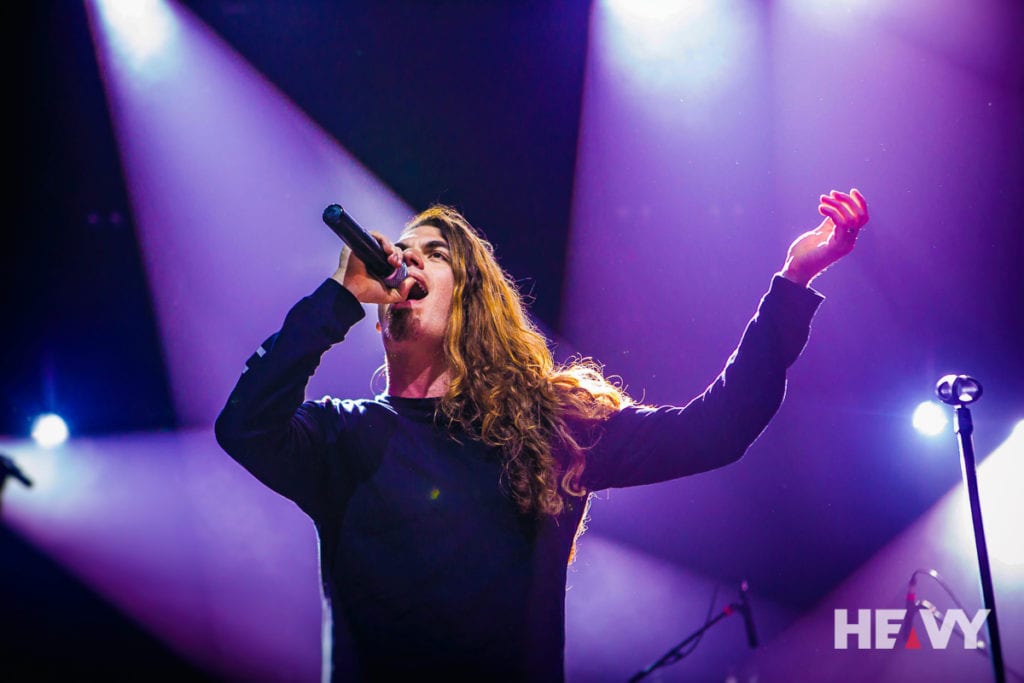 There was more legendary stuff from the “wild” west to come as Karnivool took the stage, firing off a triple-shot from their “Sound Awake” album with Simple Boy, the beastly Goliath and a majestically epic version of Deadman, which took up more than a quarter of their 45 minutes supporting set. A stomping brand new song, All it Takes, was unleashed to the delight of the heaving throng, and the band closed out the ever-emotive New Day.

45 minutes just isn’t enough of this band, especially when you’ve seen them play a plethora of headlining sets over the last ten years. But, super-slick and ultra-passionate at the same time, Karnivool’s show was a joy nonetheless.

Firstly, the Deftones visuals were stunning. I haven’t seen such a complex, kaleidoscopic lighting display in a long long time; it was quite mesmerising. 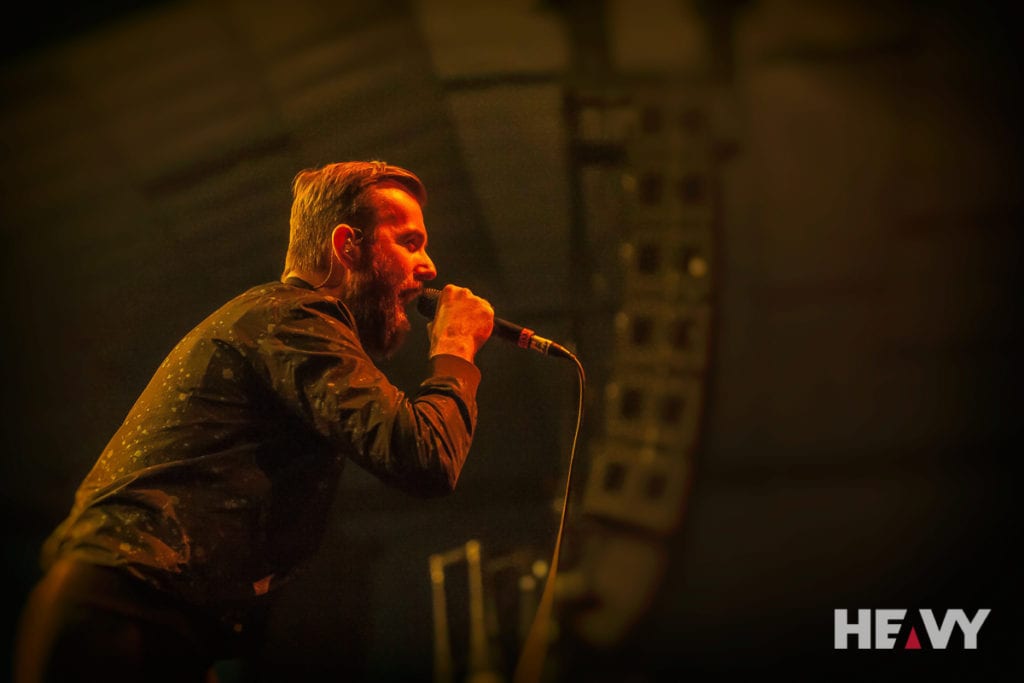 Of course, the best light show on the planet isn’t of much use if the band itself isn’t up to scratch. But hey, this is Deftones we are talking about, true legends of alternative metal. Almost three decades down the road and this band are in the form of its entire career. And that’s saying something.

There is something to be said for bands like this, who are veterans and well beyond the exuberance of youth but are nowhere near old in the tooth yet. They are in absolute control of their craft and their art, musically and performance-wise, and their set was a smorgasbord of delights for any Deftones freak. 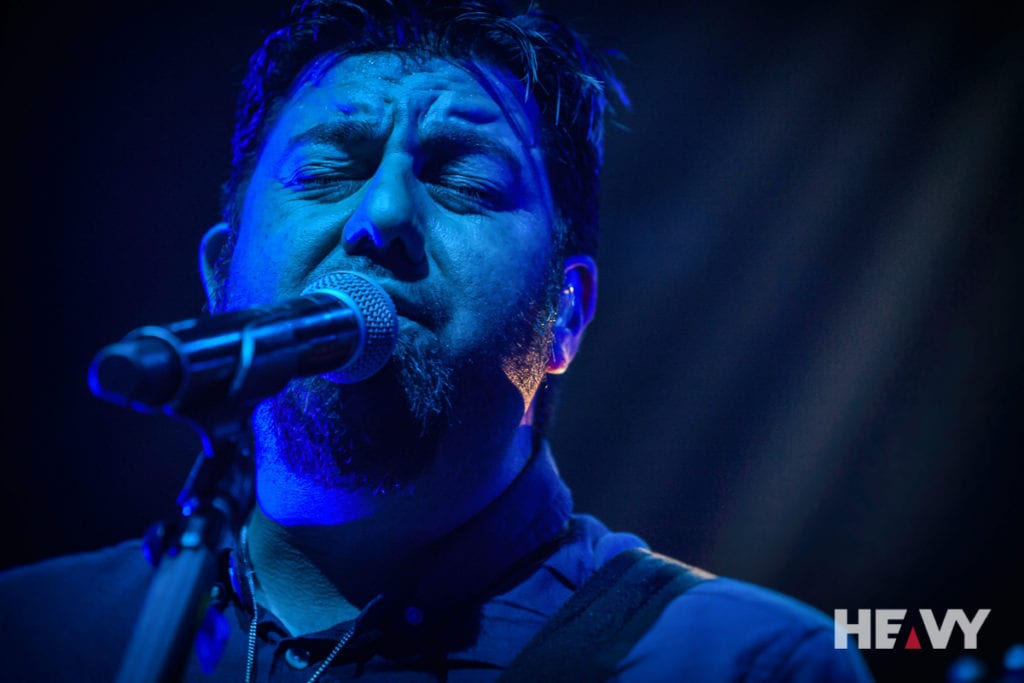 The performance of the great Chino Moreno must be singled out. When he wasn’t in the crowd, connecting one on one with the fans, he was owning the stage like a crazed but highly skilled madman. He is also in ridiculously fine fettle, vocally.

This was one of that ‘ moment in time’ shows that 5000 satisfied punters would remember for a long time.