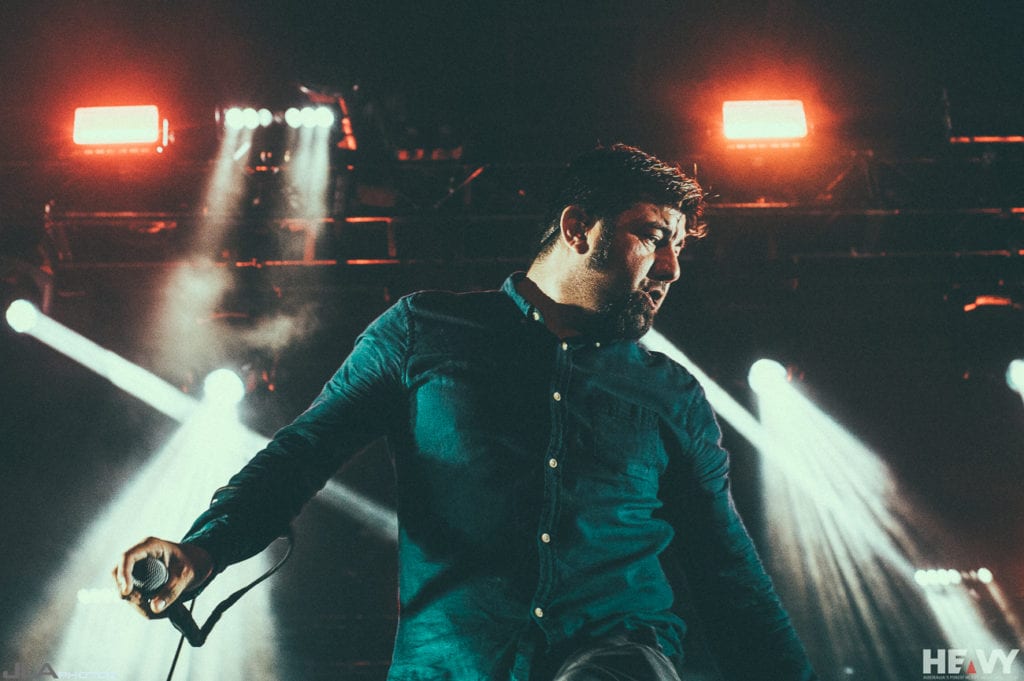 It was a warm Sydney evening as hundreds of eager fans ranging from young to old and from all walks of life approached the iconic Hordern Pavilion for 3 world class bands.

First off Perth veterans Voyager showed the rapidly growing crowd how it’s done with their unique and diverse brand of progressive metal. As a fan who has only seen them on the bill of many metal shows as the support act, part of me wonders why this band isn’t huge and doing their own headlining shows with the amount of talent that they have. Voyager were mesmerising, heavy, atmospheric and they produced a sound that with over fifteen years of experience has come down to a fine art. They left me wanting more and I’m sure these shows have slightly broadened their fanbase, especially with their entertaining and metal infused ode to Darude’s Sandstorm.

But up next was one of Australia’s best progressive rock acts to have ever graced the stage, the mighty Karnivool. The crowd seemed to have turned from small the massive within minutes it seemed, as this successful and respected group of men, also from Perth, displayed a hypnotic performance. It’s not often you see Karnivool on the bill as a support act, but they seemed happy and right at home. Vocalist Ian Kenny was commanding the crowd to move to the music with his captivating dancing, accompanied by thunderous drums and massive sounding guitars. The crowd was also treated to a new song which was very well received, and before you knew it, this home-grown gem of a band was walking off the stage as the crowd was left delighted and ready for the headliners.

Deftones took to the stage with an energy that lifted the entire venue from the front to the back, accompanied by a light show that you would normally get a major festival setting. As the opening song ‘Diamond Eyes’, blared frontman Chino Moreno was jumping around the stage with joy and expelling screams and growls of a freakishly haunting nature. It’s hard to take your eyes off him as he ventured into the crowd on more than a couple of occasions, also climbing up onto the lighting setup. After having an almost thirty-year career, Deftones still carry an intensity that many younger bands could only dream of possessing. With classics such as Be Quiet And Drive (Far Away), Head Up and Engine No.9 getting the crowd moving, it’s easy to see why Deftones are in a league of their own when it comes to being one of the most creative alternative metal bands. Displaying emotion and aggression simultaneously and doing a damn good job of it.