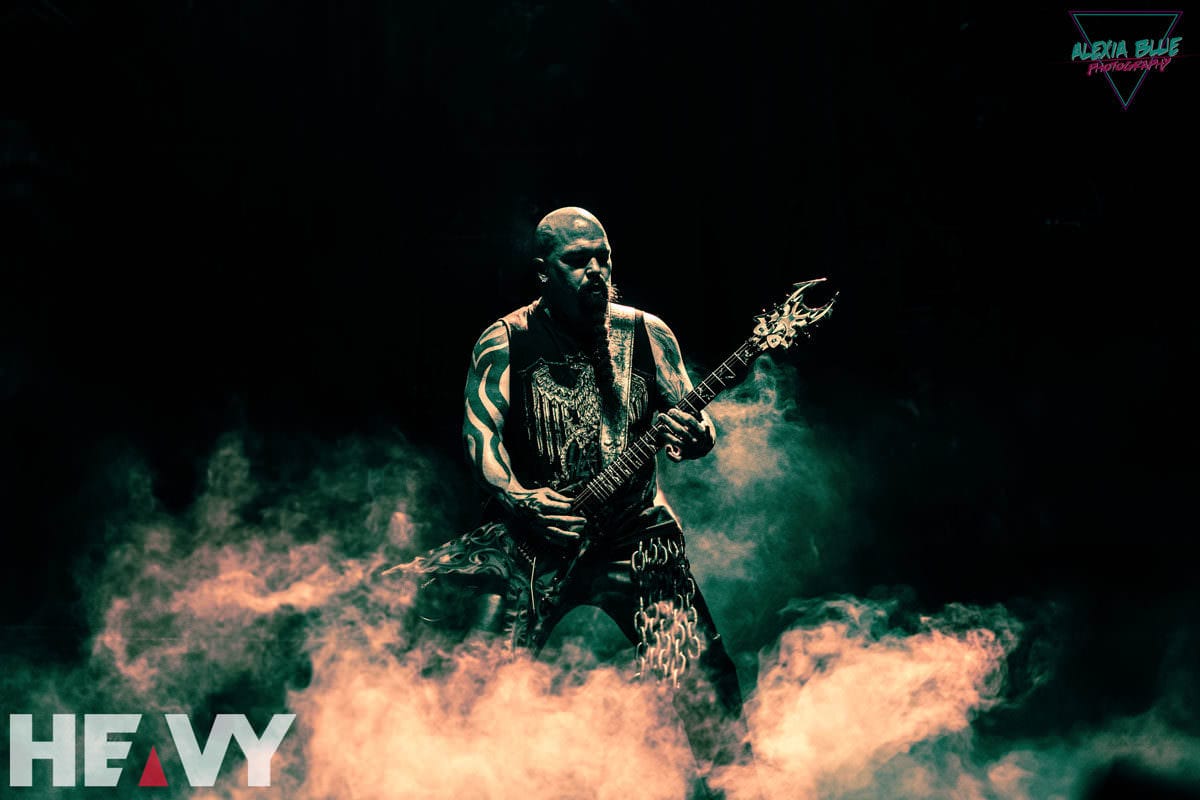 On July 20, 2017, an expected forty-five thousand metalheads were in attendance for the legendary Slayer. Opening the show were Behemoth followed by Lamb of God. This amphitheatre show definitely exceeded my expectations. All three bands put on amazing sets accompanied by a phenomenal crowd connection that reached past the general admission pit. It was immediately clear that these bands had something special.

Opening the night was none other than Polish extreme metal band, Behemoth. With their dark and ghostly appearance, you could tell immediately that you were in for a treat. There was no doubt they knew how to connect with large crowds. Lead singer Adam Darski gave a strong and chilling vocal performance which got the crowd moving quickly and excited for what else the night would bring. Throughout the set, fans were shown a spectacular light show to go along with the theatrical costumes that all the members wore. Not to mention the many smiles from everyone on the stage. It wasn’t just the amazing talent that made this set so memorable though. The blood that was sprayed towards the end of their set delighted the crowd and was very reminiscent of the legendary GWAR.

Up next for the night of metal was one of my favourite bands, and now one of my favourite bands I’ve had the honour to photograph, Lamb Of God. The crowd exploded with energy as each member walked onto the stage as the set began. Frontman Randy Blythe’s intense and energetic stage persona made the stage come alive in no time as they opened the set up with their song “Laid to Rest”. Although, the highlight of the set was their performance of one of my favourite Lamb Of God song’s “Descending.” With incredible guitar shredding and killer drums mixed with the energy from the crowd, it made for a performance you’d not soon forget. During a break between

With incredible guitar shredding and killer drums mixed with the energy from the crowd, it made for a performance you’d not soon forget. During a break between songs, there was one moment when Randy Blythe gave a shout out to the neighboring city of Wilmington, North Carolina, my hometown, and the beautiful beaches that the city holds inside it. As the set came to a close for the evening thousands of fans waited for the one and only Slayer to hit the stage.

The came to a thunderous roar as we all stood and looked ahead at the giant white curtain with upside down crosses and pentagrams flashing on it. The flashes of fire from behind the white sheet added to the anticipation of seeing such an iconic name in metal.  As the curtain fell to the ground the crowd erupted with screams and cheers for Slayer.

They opened the set with their song “Repentless” underneath blood red lights and flashes of fire lacing the stage. At 53, guitarist, Kerry King lived up to his name “The King Of Hell” with his devilish energy and string shredding. Vocalist and bassist, Tom Araya, delivered an incredible vocal performance throughout the night. As they played “Cast the First Stone” the crowd grew even crazier. This gave everyone a second burst of energy to keep going through the night. All in all, every band that played this amazing show put on sets that will not be forgotten. With all three bands having an incredible crowd connection, it is obvious why so many fans are as dedicated and devoted them. Slayer has definitely earned their incredible fan base, as well as the title metal legends. 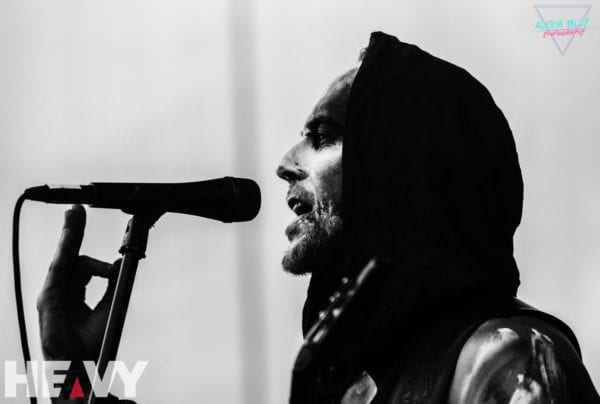 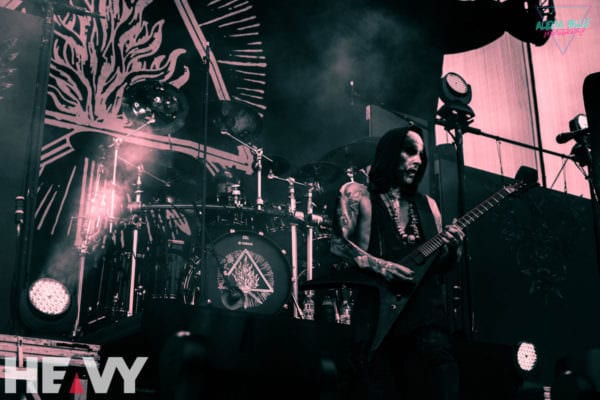 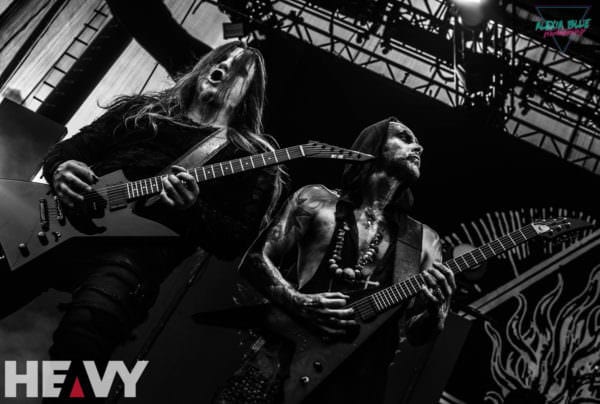 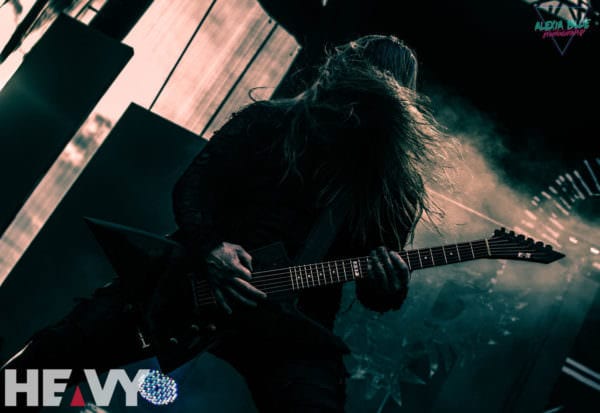 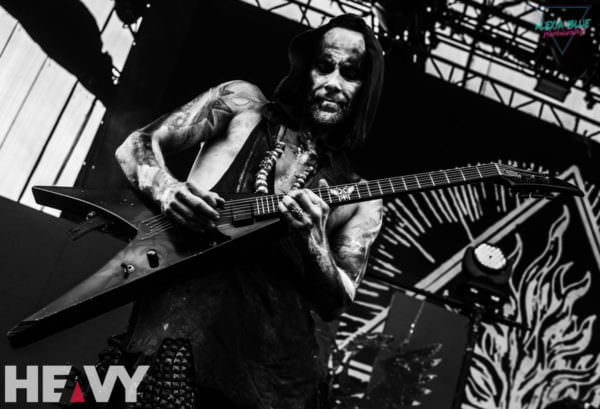 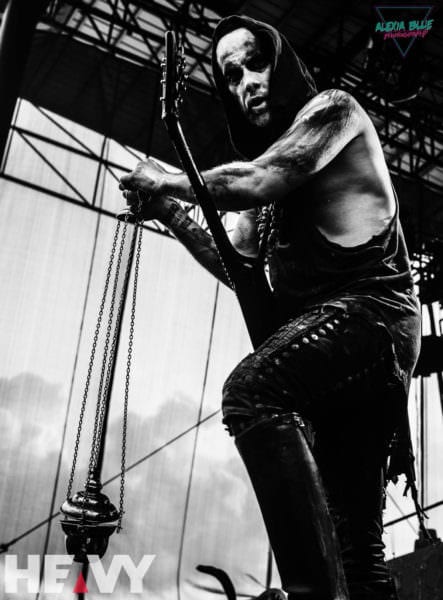 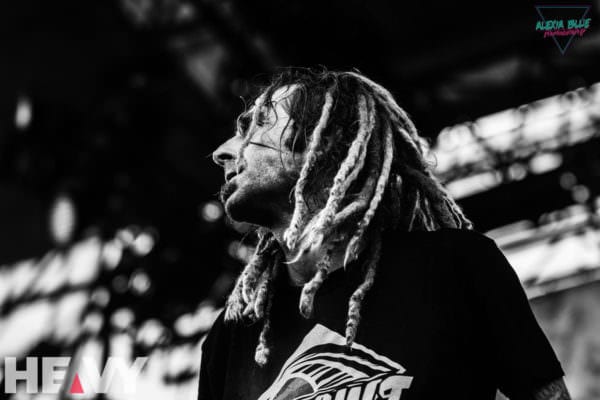 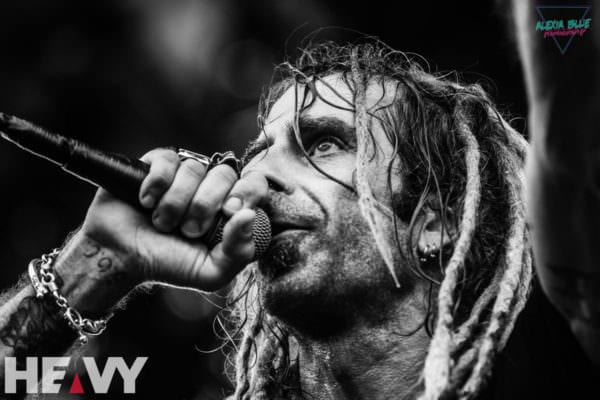 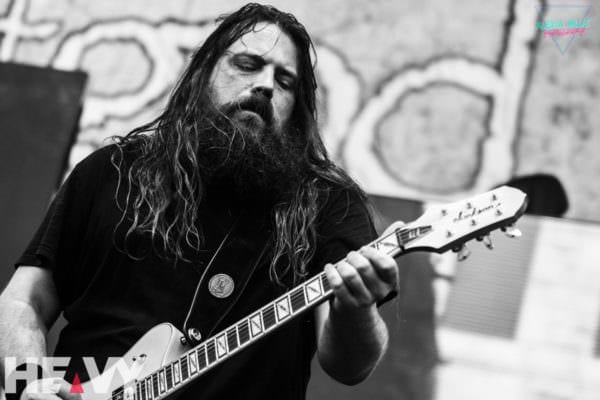 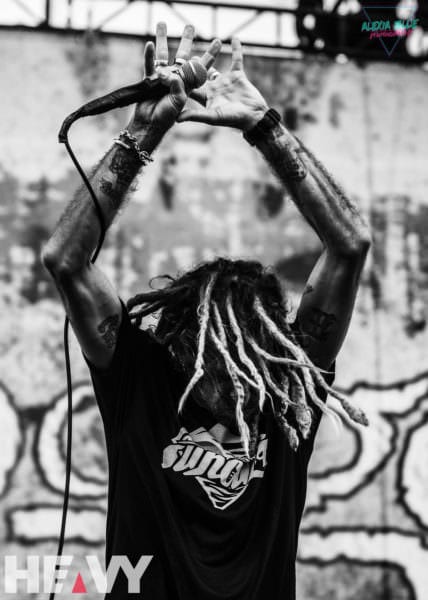 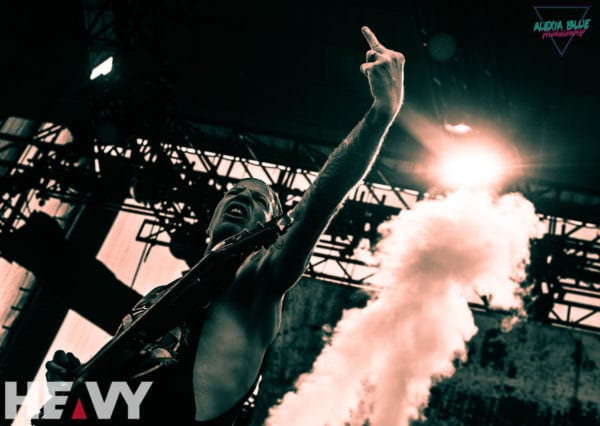 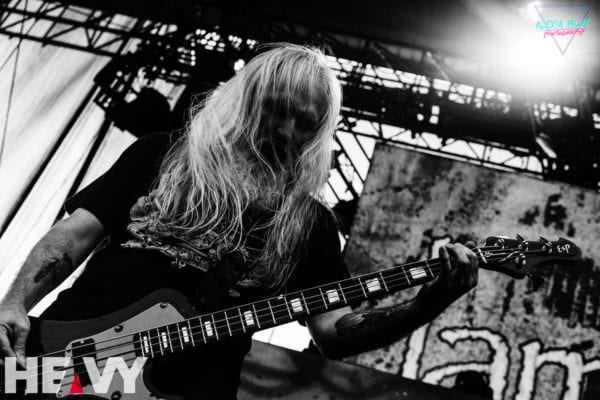 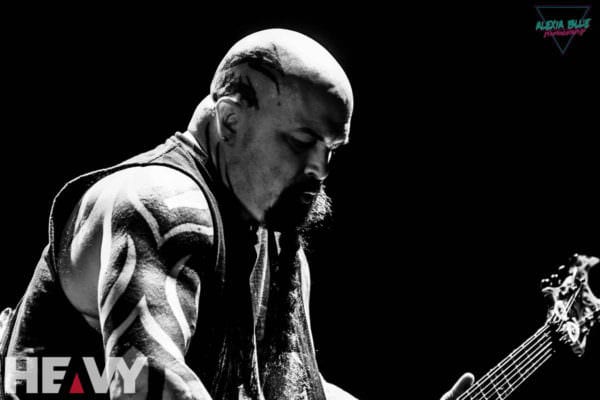 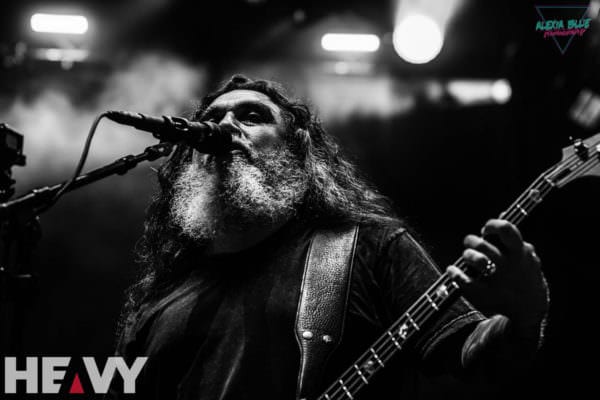 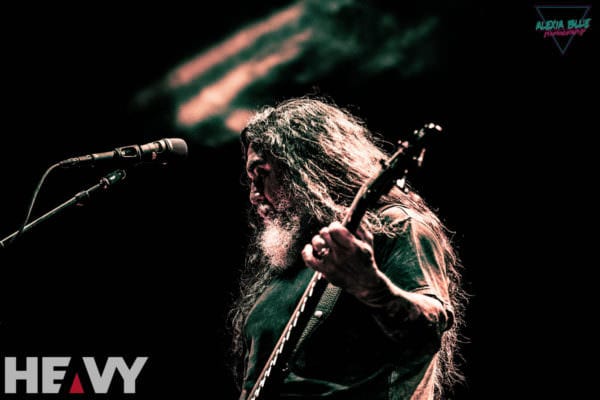 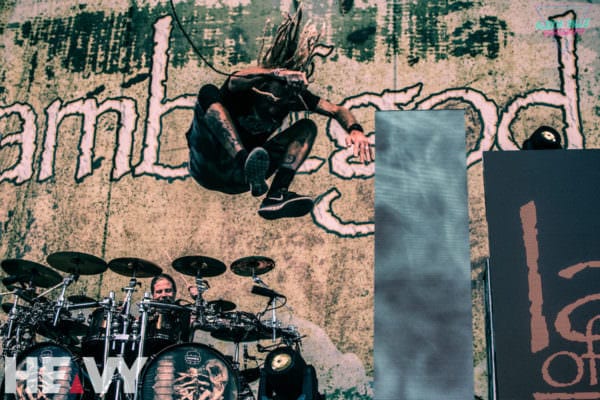 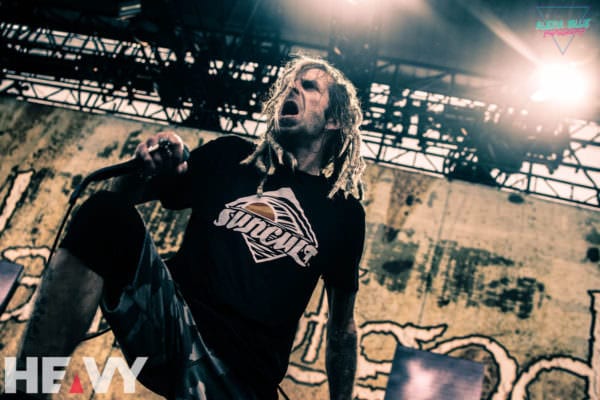 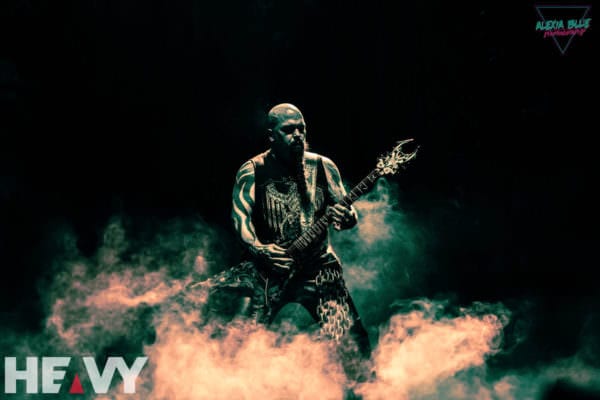 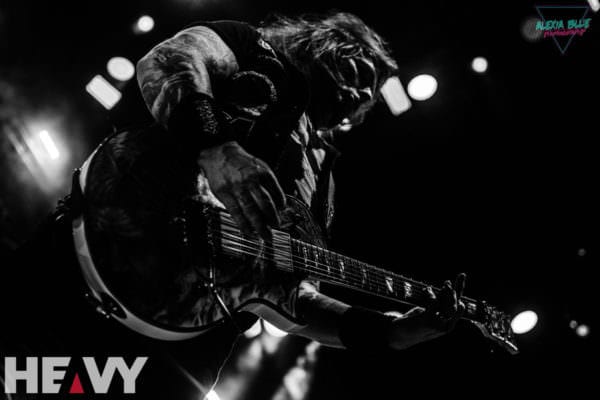 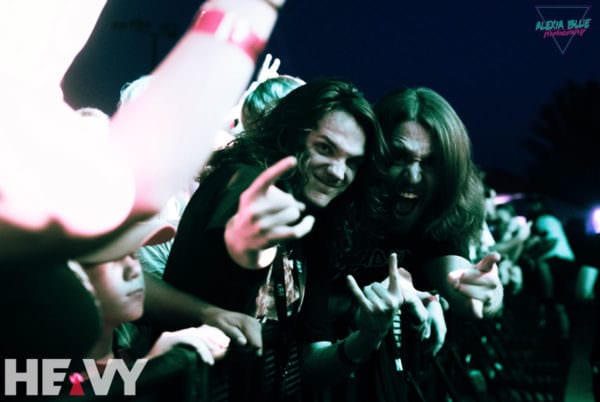 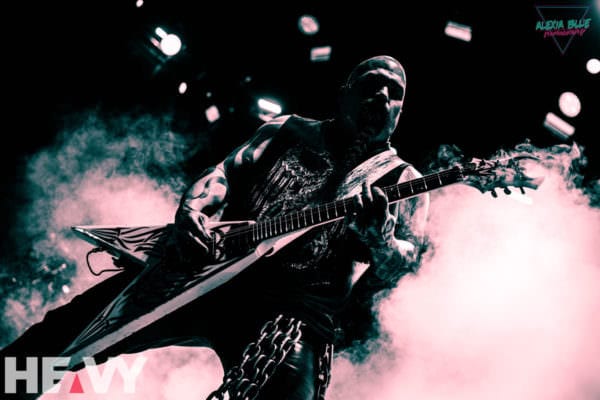 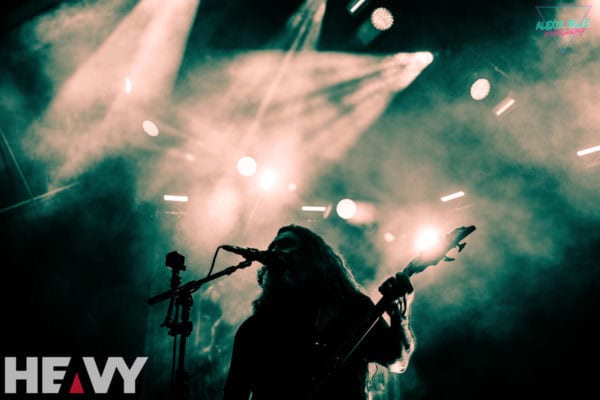