[LIVE REVIEW and PHOTOS] EVERY TIME I DIE, letlive, Bare Bones and Counterparts at 170 Russell, Melbourne 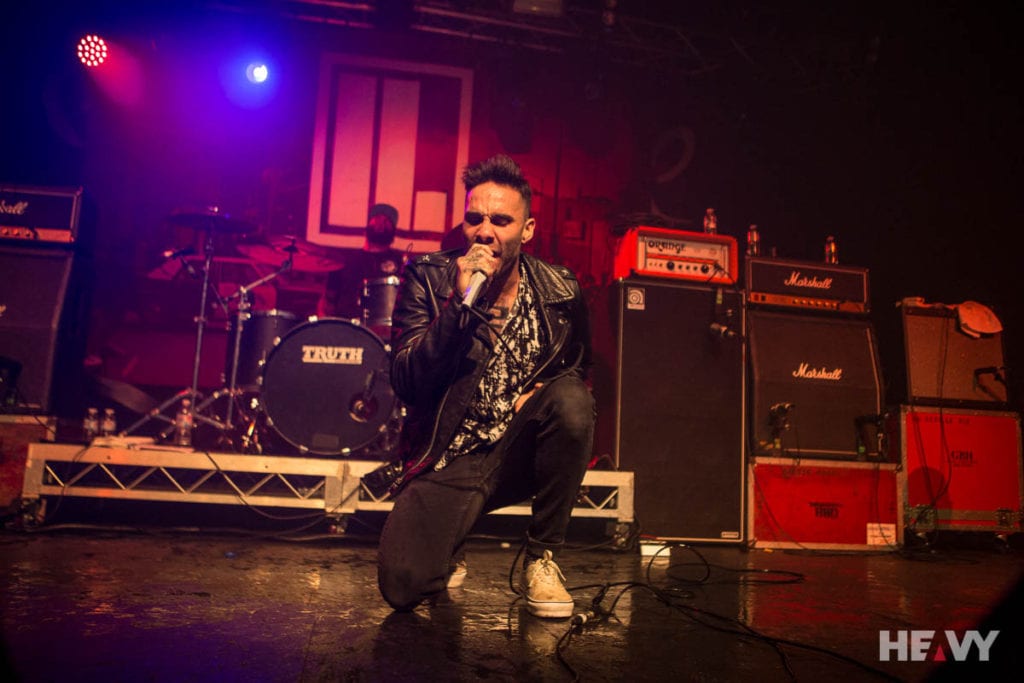 I couldn’t think of a better way to end a stinking hot day than head to The Metro for an evening of explosive and intense live music.

Opening up, Sydney punk rock quintet Bare Bones. It’s always a good sign when there’s a healthy turn out to see the first band on the bill, and the guys didn’t waste any time getting right into it, blasting out their unique blend of punk and hardcore. They opened their set with 2016 single Dead Man Walking, and also played tracks from their two EP’s, including Humble Wasteland from 2014 release Cut Throat Living, and the title track from 2013’s Villains. They laid a solid platform for the rest of the evening and received a good cheer from the crowd.

With the venue starting to fill, Canadian hardcore outfit Counterparts took to the stage and judging by the reaction from a large section of punters up the front; you could be forgiven for thinking these guys were the main act! Front man Brendan Murphy soon had the crowd under his command as the band charged through a furious set consisting of songs from all three of their releases, with the highlights being Solace and set-closer Burn from 2015 album Tragedy Will Find Us. There was also a copious amount of crowd participation, with huge circle pits and crowd singing featuring heavily throughout the entire set. Luckily, we had a little time to recover before…..

Co-headliners Letlive hit the Metro stage like a hurricane, and the now-packed venue burst to life once more. Opening with Renegade 86’ from the Fake History album, vocalist Jason Aalon Alexander Butler went crazy on stage….and the audience followed suit, with A Weak Ago, Younger and 27 Club all instigating big mosh pits. Butler kept the intensity going, jumping into the crowd during Le Prologue, and climbing the speaker stack during That Fear Fever. He also wowed the crowd with his vocal prowess, ripping out melodic tracks Foreign Cab Rides and Muther (which also featured a guest vocalist from the front row). They closed the set with Good Mourning, America, which got a huge cheer and had they been the last band on the bill, I’m sure the fans would have been screaming for encores….but there was one more band to come.

With three blistering sets by their predecessors, Every Time I Die had a lot to live up to, and luckily, the boys from Buffalo were up for the challenge, for if it’s one thing, they’re renowned for, it’s highly energetic live shows. Their set featured plenty of tracks from 2016 album Low Teens, such as set opener Glitch, as well as Petal, It Remembers and C++ (Love Will Get You Killed). While all of these has the punters moshing and screaming, the back catalogue had them rocking too, with old favourites like Apocalypse Now and Then, Underwater Bimbos from Outer Space, Decayin’ With the Boys and Floater all getting near-riotous reactions from the pumped up punters. There was no let up from the band either, with guitarist Jordan Buckley jumping off speakers and crowd-surfing, drummer Daniel Davison pounding his kit like it owed him money, and other members Keith, Andy and Stephen never, ever standing still. They saved the best for last, though, with Map Change, and then the double encore of Fear and Trembling and Awful Lot being the highlights. After a twenty song set, the boys were done, and yes, they did live up to that reputation of theirs.