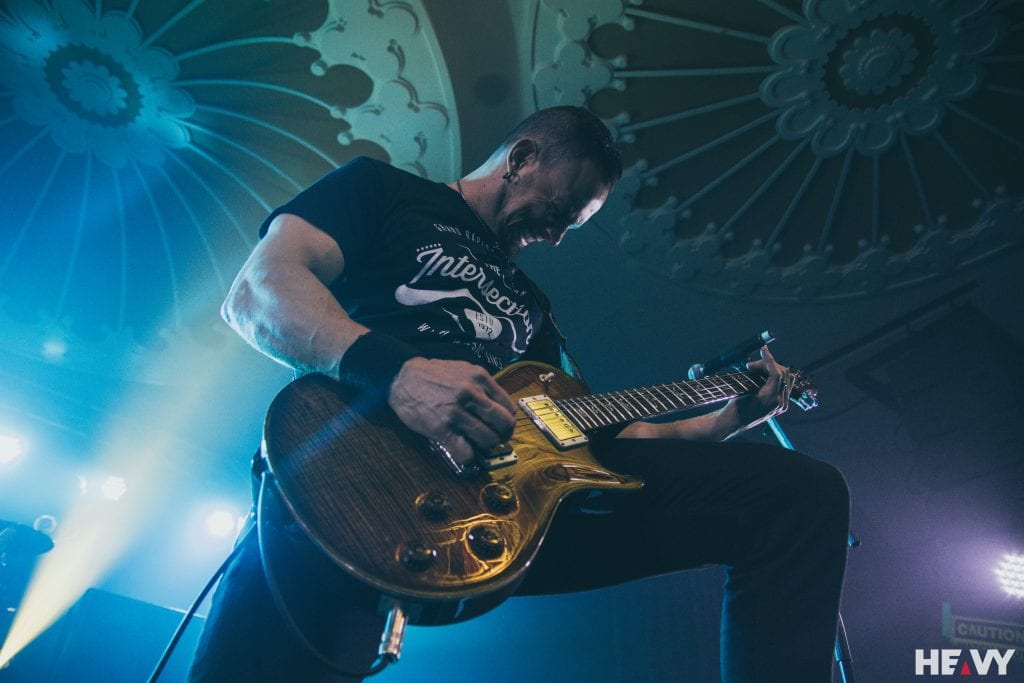 Appearing live on Australian shores for the first time, New Zealand’s Like a Storm were not only supporting Alter Bridge at Eaton’s Hill, they were also representing their country in the metal stakes and put in a great showing for their debut performance.

Like a Storm are supporting favourites for the boys from Alter Bridge, having supported them on a number of occasions previously and based on last night’s performance you can see just why.

This four piece rock/metal act featuring three members from the same family – Chris Brooks on vocals and rhythm guitar, Matt Brooks on lead and vocals and Kent Brooks on bass and rounded out by Zack Wood on drums – are quickly building a name for themselves with a take no prisoners attitude towards music and an infectious energy on stage that drags you into the live arena with them.

Peeling through songs from their back catalogue, including ‘Never Surrender’, ‘Wish You Hell’ and ‘Become the Enemy’, Like a Storm swept through their brief set with anthemic, crowd pleasing metal gems that resonated long after they finished.

‘Pure Evil’ was the standout of the set, but the biggest cheer went to their heavy as nails version of ‘T.N.T’ by AC/DC which not only endeared them to the crowd but also showed the versatility in the music of the iconic Aussie legends.

Opening with ‘The Writing on the Wall’, Myles Kennedy and Alter Bridge set about dominating the crowd from the outset.

Kennedy seemed to be enjoying fronting his own band and getting out of the ominously large shadow cast by Slash in his other band, and proved he is more than a one trick pony, playing an alternate of rhythm guitar and lead with Mark Tremonti who is perhaps one of the most underrated guitarists of this generation.

His solos were well timed and blistering, with Tremonti even managing to wrap his vocal chords around ‘Waters Rising’ which proved the depth of talent within the band.

‘Farther From the Sun’ and ‘Addicted to Pain’ were early standouts, and by the time the band got to ‘Ghost of Days Gone By’ the audience participation had reached the handclap stage and from there Kennedy held centre stage, willing the audience to participate in everything from clapping to waving their arms and singing with gusto.

Kennedy kept stage banter to a minimum, preferring to let the music dictate terms, and it wasn’t until close on the hour mark that he even broke stride to welcome their fans.

Brian Marshall on bass alternated between entertaining himself in the background and venturing out front to acknowledge the crowd, while Scott Phillips led the charge from the drumkit with an astonishing array of precision drumming that set the standard high for the rest of the band.

The members of Alter Bridge are awesome as individuals musically, but as a sum of all their parts they are a well oiled and tight knit unit that are as mesmerizing as they are talented.

Playing songs from each of their albums, The Last Hero and Blackbird got the most attention with five songs from each, but it was the acoustic rendition of ‘Watch Over You’ with Kennedy alone on stage that drew the biggest sing along and applause.

‘My Champion’,  ‘Isolation’ and ‘Blackbird’ were standouts, with set closer ‘Metalingus’ rounding off a perfect set by a band at the peak of their career.

Closing with ‘Show me a Leader’ and ‘Rise Today’, Kennedy apologized for the jetlag without offering it as an excuse –not that they needed it. Tonight Alter Bridge were tight, polished, and sensational and above all else entertaining. A rare display of a band who are only getting better.