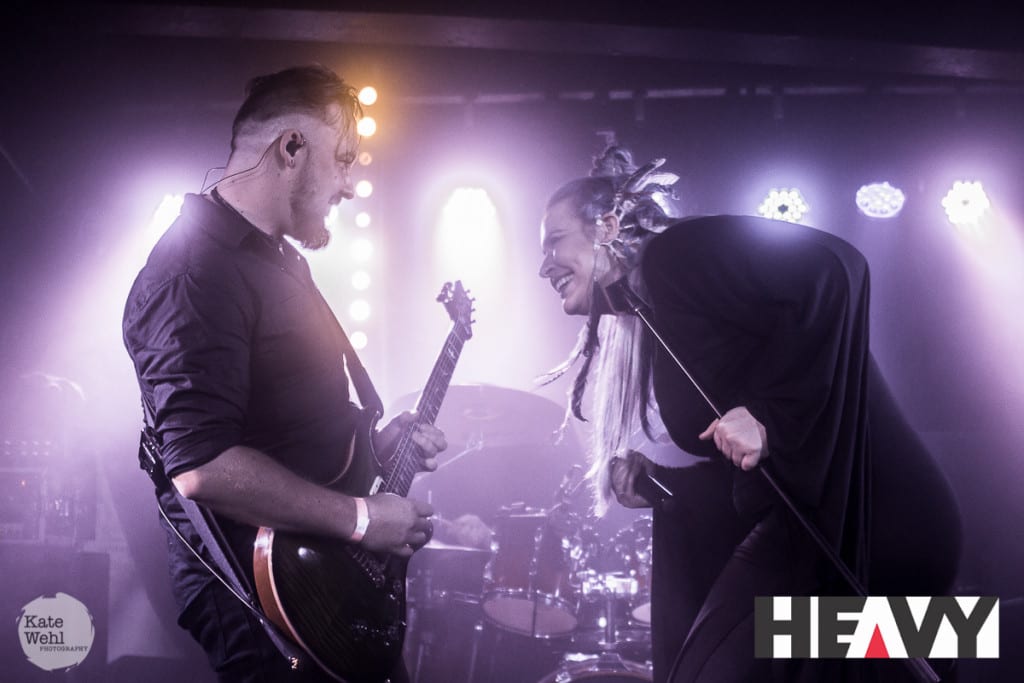 I love Melbourne dearly, and I’m eternally stoked to be living in such an amazing city. But it gets kinda bleak by August every year. This evening was damn cold, although clear, and despite this, a very substantial throng rolled up to The Evelyn Hotel to witness the album launch for new alt/progressive hard rockers Acolyte and the superb undercard the put together for the night.

Haven’t heard a great deal out of the Lung camp recently, but they came out, launched into a blistering set of their slamming alt-rock tunes, and reminded us that they have still got it. These guys reside at the heavier end of the alt-rock spectrum. Their music hits hard, especially in a live setting, frontman Liam Burke has a seriously ballsy bellow on him, but they know when to bring the melody too. Burke morphs from rabid rock howler to stand up comedian in between songs, getting the crowd laughing with his tongue in cheek, expletive-laden one-liners (this evening he thanked the hardy crowd for coming out on a cold night to watch some live rock instead of sitting on their arses at home, watching The Bachelor or Master Chef). Their songs are strong and powerful, and their live set is one hell of an entertaining package.

Headtorch is a pretty new band, made up of some luminaries of the Melbourne alt-rock scene. They sit very comfortably on a live bill with Lung, although while Lung’s live show is a frontal assault on the senses, Headtorch takes a slightly more cerebral and syncopated approach to the style, with some off-beat grooves and some subtle but effective use of synthy atmospherics. They utilise a single guitar attack, although with massive bass rumble, and this gives everything else a little more breathing space. I’d like to see singer Nathan Russo come out of himself a touch more as a frontman to enliven he and the band’s performance, but overall this band has some major potential.

Ten Thousand have a massive sound, driven by a kick drum that rattles the ribcage, and a live show to match. Their music walks a fine and skilful line between the alt and straight-up hard rock worlds, and they kinda provide the best of both. They put on a massive and highly extroverted live show, and their music is more exciting than the everyday four on the floor hard rock that has been doing the rounds since dinosaurs roamed the earth, as evidenced by, for example, the Jimmy Page style experimental guitar histrionics that featured in the second last tune. In fact, both their last two songs were absolute show-stoppers that rounded out their set beautifully.

What a surprise Acolyte are. This was their album launch, and they pulled out all stops to give the healthy crowd of punters a big rock show. They brought in some stunning extra lighting, and they played the album end to end in track order, which worked an absolute treat.

The band have an enormous sound, single guitar, but with the full-time keyboardist providing great depth, atmosphere and a subtle symphonic feel, which is very much to my personal tastes. And in Morgan-Leigh Brown they have a luminous presence and an ethereal but powerful voice. In fact, the entire band possesses a fabulous stage presence, all five of them appear to be having a great time, and the interaction and interplay between them were a joy to behold.

Like Ten Thousand before them, their final song was enormous, lengthy, progressive, dynamic, a real journey.

This was a superb night of live, loud and local rock.