How to live with your ghosts… 10 Years 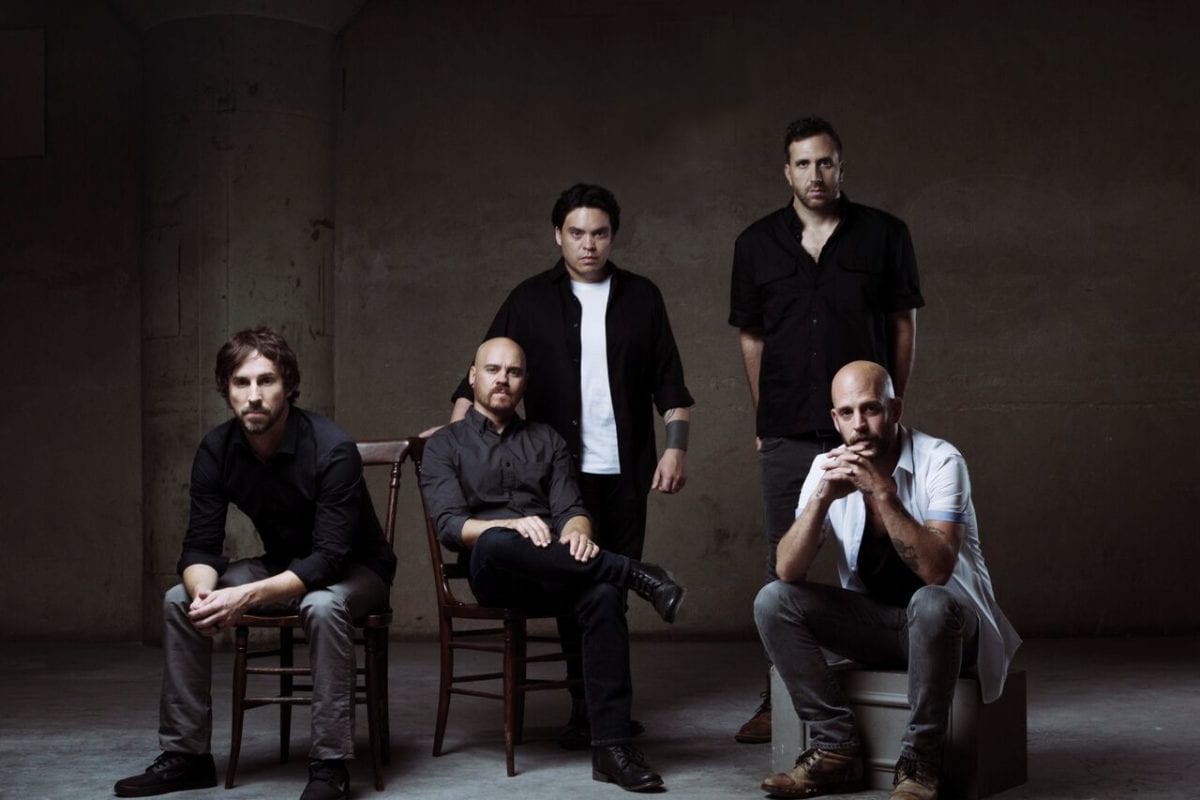 “You wish you could predict the future,” joked Brian Vodinh, guitarist and drummer for Knoxville’s 10 Years talking about the period spent waiting for the bands’ eighth album – including their first two independent releases – (How to Live) As Ghosts is released, “because when you’re just sitting on the record… you just don’t know how it is going to do. You’ve got your fingers crossed, and everyone around you is saying it’s a great record and should do really well, but you never know how the fans are gonna receive it. So we just hope that people enjoy it as much as we do. Really our goal for this album cycle is to get out and tour the world more than ever before. We wanna make sure that we get to Australia and to Europe and Asia and a lot of the international markets that we haven’t hit as much as we should have.”

Unlike 10 Years’ previous few records, on this one, the band have elected to enlist the help of a qualified producer rather than go down the self-produced route that many bands are travelling.

“The last couple of records I produced and they were quirky and have weird moments and we did those records for us,” Vodinh revealed. “They are kind of like our selfish treats because we didn’t have an outside producer. We just basically did whatever we wanted, and I think the goal with this record was to do something that brought us back a little closer to the earlier days; just more straight ahead, straight forward rock. And the guy we worked with this time, Nick Raskulinecz, his vision for the record before we even recorded a single note was he wanted to make sure that we made an album that was a little more stripped down and a little more vulnerable with less over the top orchestration and production. This album is pretty stripped down for us, it probably has the least amount of vocal tracks of any album we’ve ever done and a lot of that is on purpose. Nick wanted to make sure that it was all a little bit more deliberate.”

To the average listener, all this talk about producers and self-producing verses bringing in a producer is of little relevance, but Vodinh puts it into focus.

“The biggest difference is that when I’m producing it in my studio, I tend to easily lose perspective,” he explained. “And also… we were just experimenting with a lot of different sounds and soundscapes and we tended to overthink things and the biggest thing that Nick helped us with was that he didn’t allow us to overthink because if we started to explore an idea that he thought sucked he would say so and encourage us to keep going. It’s great to have that outside perspective, especially from a guy who has produced multiple Foo Fighters and Deftones and Alice In Chains records. The way that we looked at it was if all these bands that we look up to and respect if they trust him with their music, then we should trust him with ours as well. Listening to him – at times when it was something that we didn’t really agree with – was different and we might have had a little fighting or negotiating (laughs), but ultimately, at the end of the day it went really well.”

Another improvement Vodinh feels 10 Years made on this record is a much more collaborative approach to writing the material, with past efforts being completed primarily by himself and vocalist Jesse Hasek.

“I started the band when I was about fifteen years old, and historically, I have written the majority of the music the whole time with a little bit of help with the vocals so really it’s just been myself and Jesse that have been the writers, but with this album we really did wanna make sure that it was a group effort and we made the whole thing in a room together. Basically, maybe only a couple of the songs I did on my own, but the majority of the record was jamming in a room and sharing ideas with one another and next thing you know a song is there.”

After having almost complete control over the songwriting process for eighteen years, Vodinh admits it was a little difficult but also rewarding giving up that control.

“It can be, but I think because with the last two albums not only did I write but I played all the instruments, and I produced and mixed that presents a lot more pressure too,” he mused, “but this time around making this record was honestly like a vacation for me (laughs). It was nice not to have to worry about all of these other elements – it was awesome. I think it was okay for me to give up some of the creative control because I was enjoying the benefits of not having to worry about everything.”

(How to Live) As Ghosts also marks the full-time return to the band of Vodinh, as well as the timely reinstatement of Matt Wantland who has been away from the band for eight years.

“I didn’t tour on the last album, but I still made and wrote the record, so there wasn’t any lapse in the writing process for me, just on the touring, but Matt’s been gone since 2009, so it was awesome to have him back because I tend to… I write some leads and melody guitar stuff but I’m really big into the heavy rhythm section type stuff, and he’s not. Matt is much more of a… I don’t necessarily wanna say a lead player but he likes to do a lot of the textural guitar stuff, so it was nice having him back this time. Because I could just play a riff and let him go, he would always come up with a complimentary melody over the top that would work with what I was doing and also with whatever the vocal was that Jesse was doing. He just adds a certain element and a certain texture to the band that is really cool.”

Jesse has been quoted as saying that this album is ‘a rebirth for the band’, a statement which Vodinh agrees with.

“Absolutely,” he reiterated. “The last album was called From Birth to Burial because we thought the band was gonna be over but what we didn’t know at the time was the elephant in the room was really one of our old guitar players that we just let go before I came back. Things just weren’t working out and it was a toxic environment so the two scenarios that Jesse was facing at the time – because at that time I wasn’t with the guys – he had to either make the change and move on without that particular person or just call it quits totally with the band and just walk away. And then big opportunities were presented through our new label Mascot, which is a European based label. They approached the band and really wanted to help us break out all over the world, and in markets that we hadn’t really had much exposure, so we thought that was a great opportunity. So I decided to come back, and Matt decided to be in it again full time as well and all that kind of new rebirth and resurgence for us. It was tough to let go of the other guy, but I think to hear where we’re at now it wouldn’t have happened if we didn’t make that change, so yeah, that’s why the album is called: (How to Live) As Ghosts. It’s a play on From Birth to Burial because we feel like it was the band dying in the last chapter and now we’re fresh, and we are ghosts of the past trying to move on.”