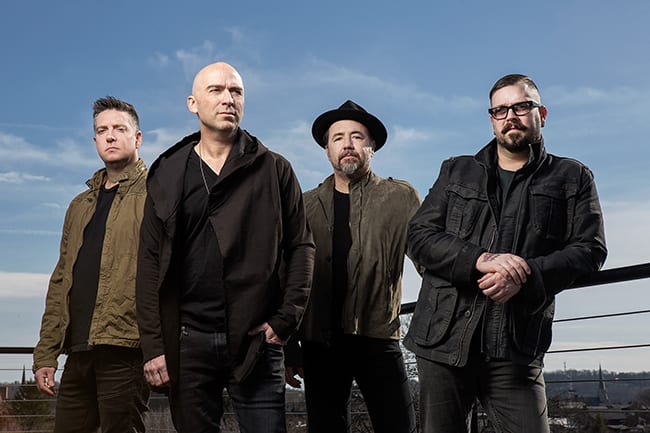 After a triumphant return to Australia for near-capacity outdoor shows in Brisbane, Melbourne and the Hunter Valley in November, one of the world’s biggest reunited rock acts +LIVE+ are returning this March with new shows announced for Sydney, Perth and Adelaide.

The reunited original line-up of +LIVE+ – Ed Kowalczyk (vocals, guitar), Chad Taylor(guitar, backing vocals), Patrick Dahlheimer (bass) and Chad Gracey (drums, percussion) received rave reviews for their recent run of shows, proving that they are back in force as they delighted fans with all their hits including Lightning Crashes’, ‘Selling the Drama’, ‘I Alone’, ‘Lakini’s Juice’, ‘All Over You’, The Dolphin’s Cry’, ‘Heaven’, ‘Run to the Water’, ‘Turn My Head’ and many more.

“Our recent shows in Australia were some of the best of our career and while we had a blast, we missed our fans in Sydney, Perth and Adelaide, so it was really important to us to get back and give them the opportunity to see the show,” said Ed Kowalczyk. “We can’t wait to see you all in March.”

With their seminal album ‘Throwing Copper’, +LIVE+ cemented themselves as one of the most popular bands of all time in Australia. Ticking over eight times platinum with that album, holding down five triple j Hottest 100 places and hitting gold, platinum and multi-platinum on every one of their seven Kowakczyk-fronted releases, +LIVE+ were the band that led a generation of teens from grunge back to rock with hits which continue to be staples across rock radio globally.

The Sydney and Perth shows will also welcome seminal 90s rockers The Tea Party to the bill, creating a night of alternative rock not to be missed.