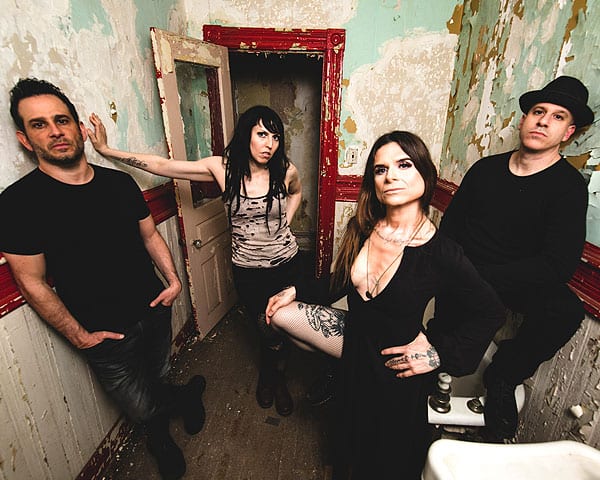 Hard rock and crossover metal veterans, Life Of Agony have finally released their critically acclaimed new album, The Sound of Scars, courtesy of Napalm Records. Following the hit singles, Scars, and the recently premiered Lay Down, the NYC-based icons have just unleashed a brutal as hell track “Black Heart” which represents the heaviest and blistering side of LOA‘s new album, but also showcases the band’s wide range of their unique and distinctive sound, which has influenced entire generations. See Life Of Agonys brand new video “Black Heart” below:

The Sound of Scars is Life Of Agony’s sixth studio album and continues the story of their legendary debut, River Runs Red. The albums’ release dates are almost exactly 26 years apart, and follows the events in real time after the troubled teenager attempted to take his own life on River Runs Red. “The Sound of Scars feels like such a monumental moment in Life Of Agony‘s story.“ Bassist Alan Robert said earlier. “On one hand, we’ve come full circle, continuing the concept of our 1993 debut River Runs Red, and on the other hand, we’ve reached new heights with the raw power of the sound and songwriting. We really cannot wait for fans to sink their teeth into this beast and take this emotional journey with us. This record is a monster.”

Produced by Sylvia Massy (Tool, System of a Down), whose work has received multiple Grammy Awards and nominations, along wih LOA’s Joey Z (with mixing duties helmed by Massy), have tapped esteemed engineer Howie Weinberg (Nirvana, Soundgarden) to master the band’s so catchy, personal and heavy record.

Secure your copy of The Sound Of Scars here

Life Of Agony Tour Australia for the first time in 2020. Tour dates below: 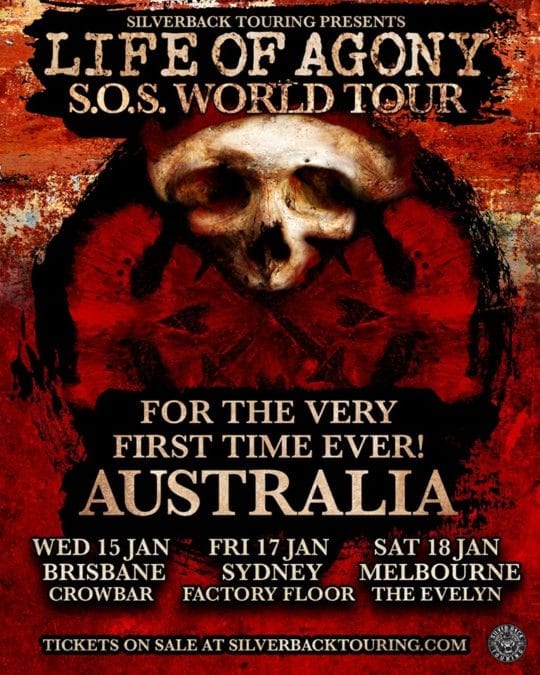 Tickets On Sale Now via: https://silverbacktouring.com.au/life-of-agony-2020/