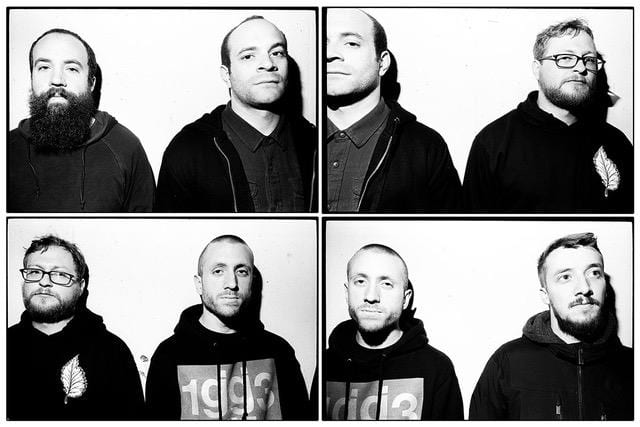 In today’s world, there is an undeniable, ever-growing sea of noise. Like an ocean, it swirls together the sounds of humanity into a churning vat of anonymity, and we are drowning.

It is from this abyss that LESSER GLOW was born. A necessary change from the common kind, this Boston five-piece brings an undeniable heaviness, with lyrics and music coexisting in the same beautiful, dynamic and volatile space. Heavy but not excessive. Massive yet not gratuitous. Meticulous. Focused. Direct. Necessary.

The idea of LESSER GLOW grew as a response to the unrealistic progression of heavy music in recent years… generally feeling over-technical, over-produced and sometimes entirely fake.

“I was caught in a major 90s binge, listening to a bunch of stuff like Unsane and Failure, and feeling like that raw, palpable energy and songwriting was slipping away from modern heavy records”, comments main songwriter and multi-instrumentalist Andrew Nault, who is not only the guitarist in LESSER GLOW, but also session drummer for electro-post-hiphop outfit ARMS AND SLEEPERS. “I was tired of genre-choked bands, and missed hearing songs instead of riff parades.”

The lineup of the band came together organically, “though now the combination of individuals feels incredibly fortunate”, comments Nault. The fact that all members are experienced professionals – engineers & session musicians – has certainly helped LESSER GLOW to accomplish the simplicity that makes this record what it is: heavy.

“I tried to keep that simplicity in mind during the recording process, don’t over play or worry about shredding to fill space”, comments bass player Scott Conza. “Just as important as choosing when to play, is choosing when not to play.”

With their upcoming debut release “Ruined”, Lesser Glow rips open a massively wide and confident blend of traditional doom meets melodic metal, paired with the likes of hardcore, post hardcore, noise rock, post rock and beyond. Molding all these into one cohesive mix, LESSER GLOW stand out as a refreshing and unapologetically brutal take on heavy music. 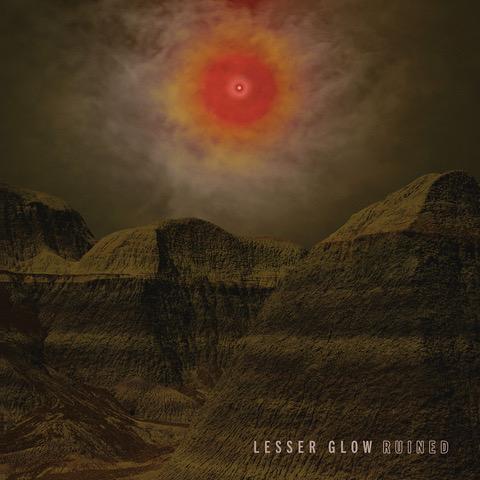