Laying Down The Law With PUNISH 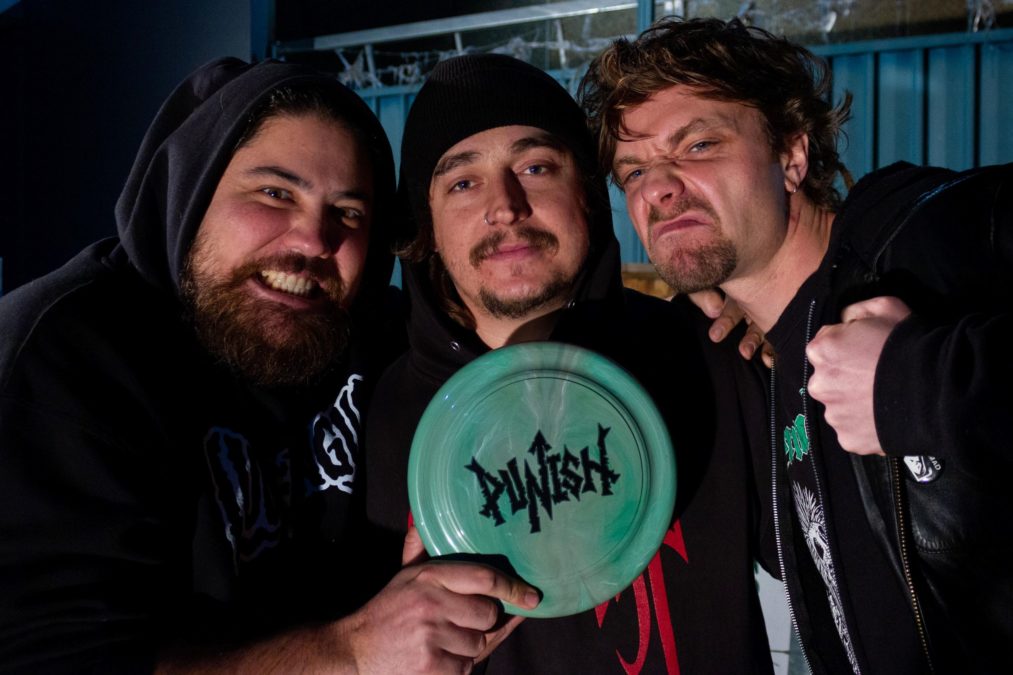 There’s a new Punisher in town – in Sydney to be more specific – but this time the punishment is more sonic than straight out violent.

While it would be easy to picture the moshpit at a Punish show featuring moments of metal/punk infused violent tendencies, it also promises to be a land of musical escapism that starts with a firmly lit fuse and only gets more intense from there.

With their debut album out now and two singles to their name, Punish are coming at you relentlessly and without remorse.

And who would have it any other way?

HEAVY caught up with the trio’s vocalist Tome earlier this week to chat about new single Grief and more.

One of the topics of discussion was the song title and what stages of grief inspired the track.

“For me…,” he measured, “being a part of the punk scene since I was a teenager, a lot of us have led pretty reckless lives. I’ve lost a lot of friends to suicide and overdoses and all that kind of stuff, and I guess the song for me is about sitting with those feelings, but at the same time trying not to let them destroy you. A couple of times I’ve lost people really close to me, and it’s put me in a real downward spiral, and I’ve struggled to get out of that at times. Substance abuse issues start to come into it, and you’re trying to put band-aid solutions over a serious wound. For me, it’s kind of like my liberation a bit. Music has always been my liberations. It’s how I process things; it’s how I vent things, and it’s how I connect to other people as well.”

In the full interview Tome talks about Grief in greater detail, the debut album and what to expect, the other two members of Punish who you may know from a little duo called Astrodeath, the film clip to Grief and the light-hearted approach to the subject matter, future plans for the band and more.