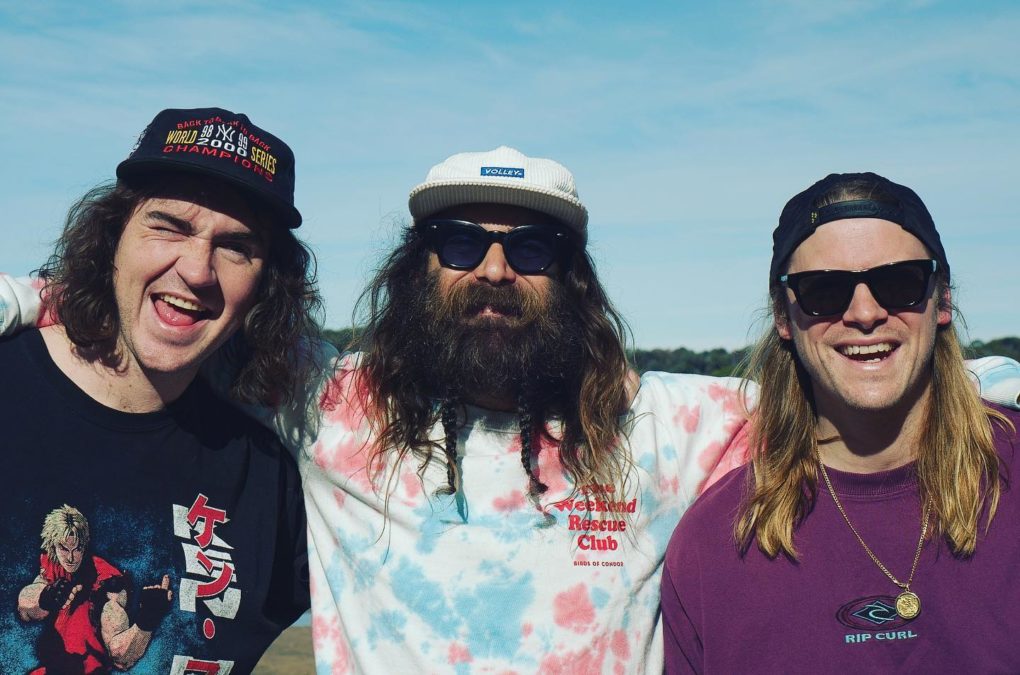 Sometimes, just sometimes, the planets align and one of the good guys has a victory.

In music, as in life, it is generally the people who tow some form of company line that see themselves attaining the highs for which they truly deserve, but occasionally one of the kids from the wrong side of the tracks manage to break into that illustrious club, in the process giving hope to a multitude of like-minded people around the world that change is possible.

Musically, that outsider for the current generation is Brisbane punk/rock outfit Dune Rats. Comprised of a group of mates that just want to have fun and create music that they enjoy, Dune Rats have made somewhat of a mockery of the acceptable career trajectory afforded musicians.

They refuse to conform, bow down or compromise, and for some reason people just love them!

So much so that the band has had numerous number 1’s in this country and gathered prestigious awards, in the process becoming that rebellious influence that shows fans it’s alright not to be alright.

They are a band who places their own agenda first and foremost and continues to churn out music your grandmother would choke to without fear of reprisal.

On the eve of the release of Dune Rat’s fourth and almost impossible to pronounce album Real Rare Whale (think I’m wrong, just try saying it out loud) HEAVY sat down with guitarist/vocalist Danny Beus for a fun chat about a bit of everything, starting with the tongue twister title.

“It’s either a genius marketing ploy or a dumb one,” Beus laughed. “We were coming up with a few names for the last album cycle, like Having A Bat which was gonna have a cricketer on the front cover, and then Real Rare Whale and our mate said that is the dumbest title for an album, don’t name the album that, and we thought for this album because it’s a pretty funny, fun, dumb album we thought it suits, and we thought radio announcers like yourself would have difficulty pronouncing it, so it would be pretty funny to hear.”

We all know how much fun Dune Rats are in neatly packaged song doses, but the question is how well will it translate to the new album?

“The best thing about this album is we didn’t get suckered in to one of those things that producers like to do,” Beus quickly replied, “where they say ‘where’s the dip and the flow and the arc’? Every producer tries to get you to write your Green Day Time Of Your Life song for the album and bring it down, and we were kinda like, nah, we just wanna have an album that can pass the test of the party where you put it on at a party, and it doesn’t make the party fizzle. We wanted to make it an album you put on at a party, and then it finishes and everyone says fuck, that was a good half an hour! We had that intention, but then having said that we wanted something that lyrically was deep enough that you could put on in your bedroom and listen to it yourself and hear that there’s a bit of substance behind it. Sonically, it’s a super fun album, which means live it’s gonna go off.”

In the whole chat, Danny talks about the importance of keeping things fresh and fun, the songs on the album and what they were going for, living up to expectations, the ability to be sophisticated while still staying fun, this weekend’s album launch parties, the re-emergence of Young Henry’s Dunnie Lager and more.

The band have out done themselves with Real Rare Whale album bundles. Fluro pink and green vinyl, skate decks, tees, hats and even a special Real Rare Whale bong are on offer, so fans can immerse themselves into the 10 glorious punk rock tunes when they arrive on July 29. Check out the range here.