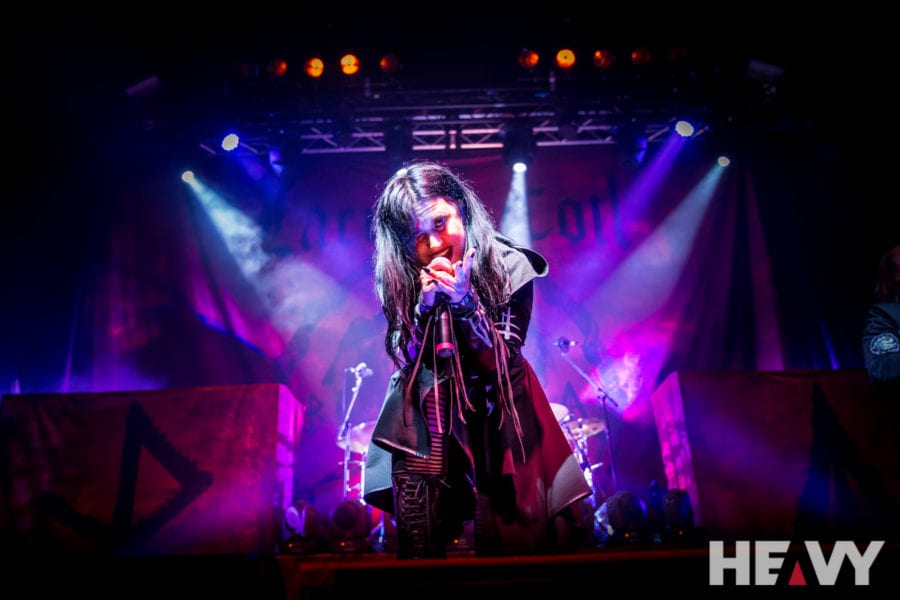 A capacity crowd are packed into the Manchester Ritz for a night of dark entertainment, for the start of Lacuna Coil’s sold-out UK Tour.

First up we have Infected Rain. Hailing from Moldova, frontwoman Elena “Lena Scissorhands” Cataraga explains how nervous they are to be performing in the UK for the first time. Due to “personal reasons”, they are a band member down – with Lacuna Coil’s Diego Cavallotti filling in to save the day.

There was certainly nothing missing from their performance – their set is a little too brief, but from opener Mold, we get to witness Lena’s impressive vocal range. Most bands (including the two that will follow tonight) that mix melodic vocals with heavy ones will use two singers, but Lena does them all herself and does them both very well. Orphan Soul receives the biggest reaction, before they refuse to start set-closer Sweet, Sweet Lies unless the crowd forms a circle pit – this isn’t a problem, as there is plenty of willing participants – although one member of the crowd perhaps regretted his decision to join in as he picked up the shattered remains of his glasses off the floor (been there, done that!).

Out of all the various genres of Rock and Metal I listen to, Folk Metal isn’t one I had really come across until tonight’s Special Guests Eluveitie took to the stage. The 9 pieces from Switzerland delivers us an hour of their Celtic infused Death/Melodic metal to mixed results.

At first, I was really impressed – the sound is something totally unique to me, as its not often you see members of a metal band playing instruments such as a violin, a hurdy-gurdy, a tin whistle or a harp. The harp is played by Fabienne Erni, who provides the clean half of the vocals against the growling brutality of Chrigel Glanzmann. They are often the perfect foil for each other, with The Call of the Mountains an early highlight.

Much of the setlist is made up from their latest offering Ategnatos, with tracks like Deathwalker, Ambiramus, Breathe and Rebirth taking up the latter half of the set. They are very popular on the night – and in other countries on this tour, they have been the headline act – but for me personally, whilst I had a lot of appreciation for the various talents of each band member, it was just too niche and out of my comfort zone to enjoy their full set.

So on to tonight’s headliners Lacuna Coil. 20 years since their first studio album release, the Italian Gothic Metallers are here to showcase their recently released 9th album Black Anima, as well as other fan favourites.

Blood, Tears, Dust sets the tone for the evening. They’ve got progressively heavier over the years, Christina Scabbia’s voice is still as haunting as ever, whilst Andrea Ferro’s vocals these days are ferociously heavy.

Christina talks to us about living in the moment before Layers of Time – happy that people aren’t watching the show through their mobile phones, and are taking the opportunity to forget about whatever may be troubling them in their lives. That was the first of only 4 tracks we got from Black Anima – from the almost operatic opening of Veneficium, the catchy chorus of Reckless and Sword of Anger – they are all very well received. The rest of the setlist was made up of tracks from their previous release Delirium, with the fan base clearly on board with the bands heavier turn.

We are asked to sing along as loud as we can, “ironically, for a song called Enjoy the Silence” with the crowd going wild for their excellent cover of the Depeche Mode classic.

They briefly depart the stage, before returning for an encore that started with Naughty Christmas. I think early November is a bit too soon for Christmas songs but they just about got away with it!

Heaven’s a Lie and Swamped – from their breakthrough album Comalies – delights the old school fans, before Nothing Stands in Our Way brings the night to a close.

A great performance from a band who despite their relatively long career, sound as relevant as ever. 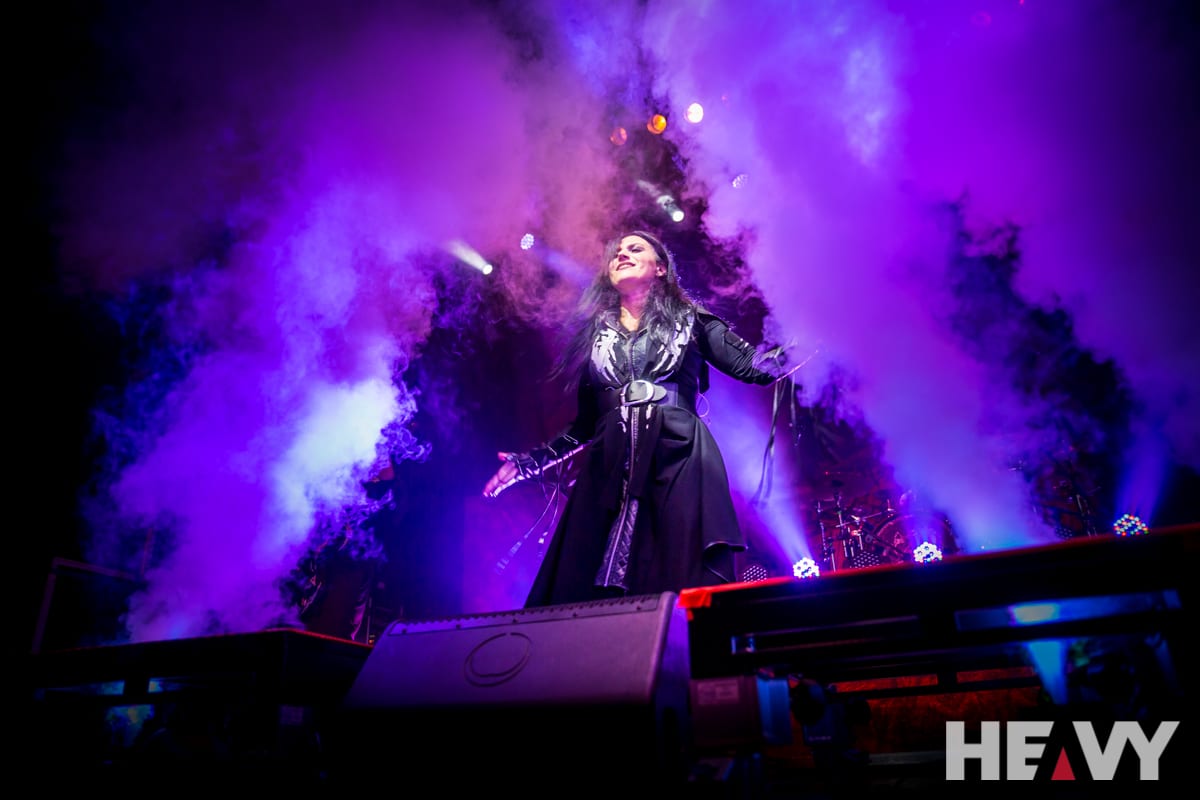 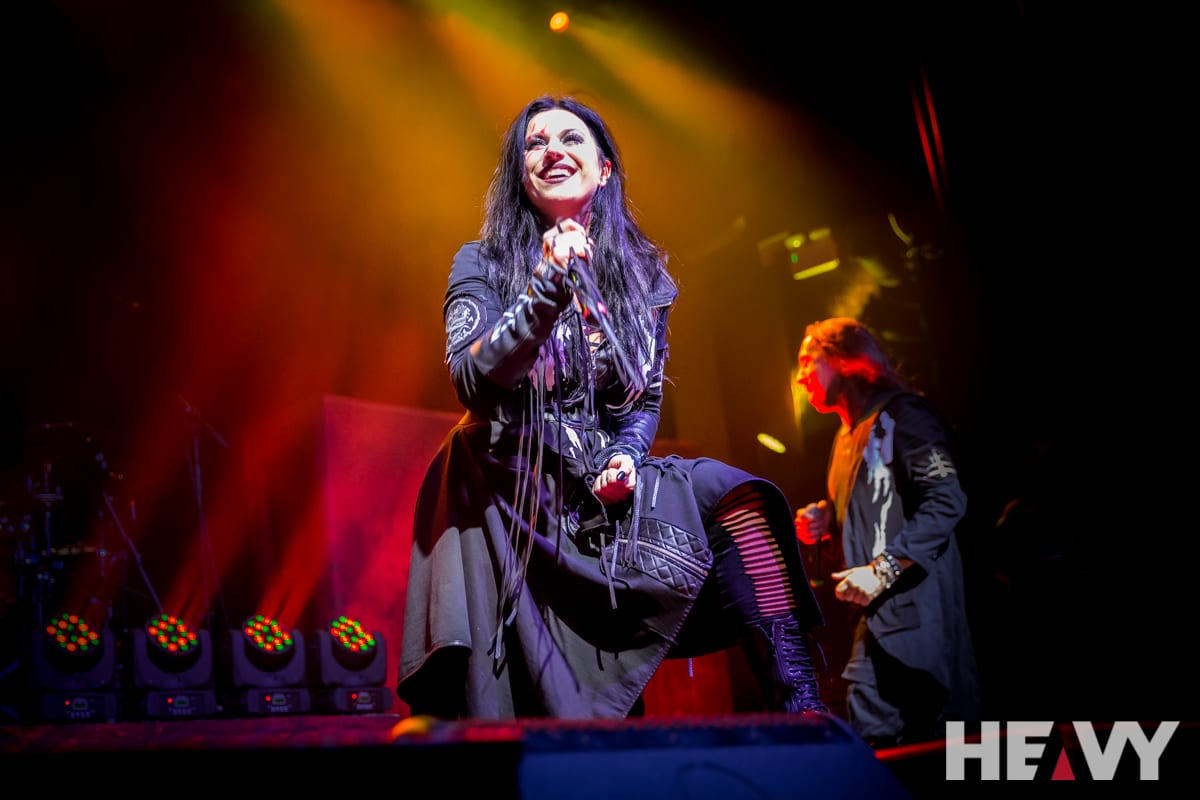 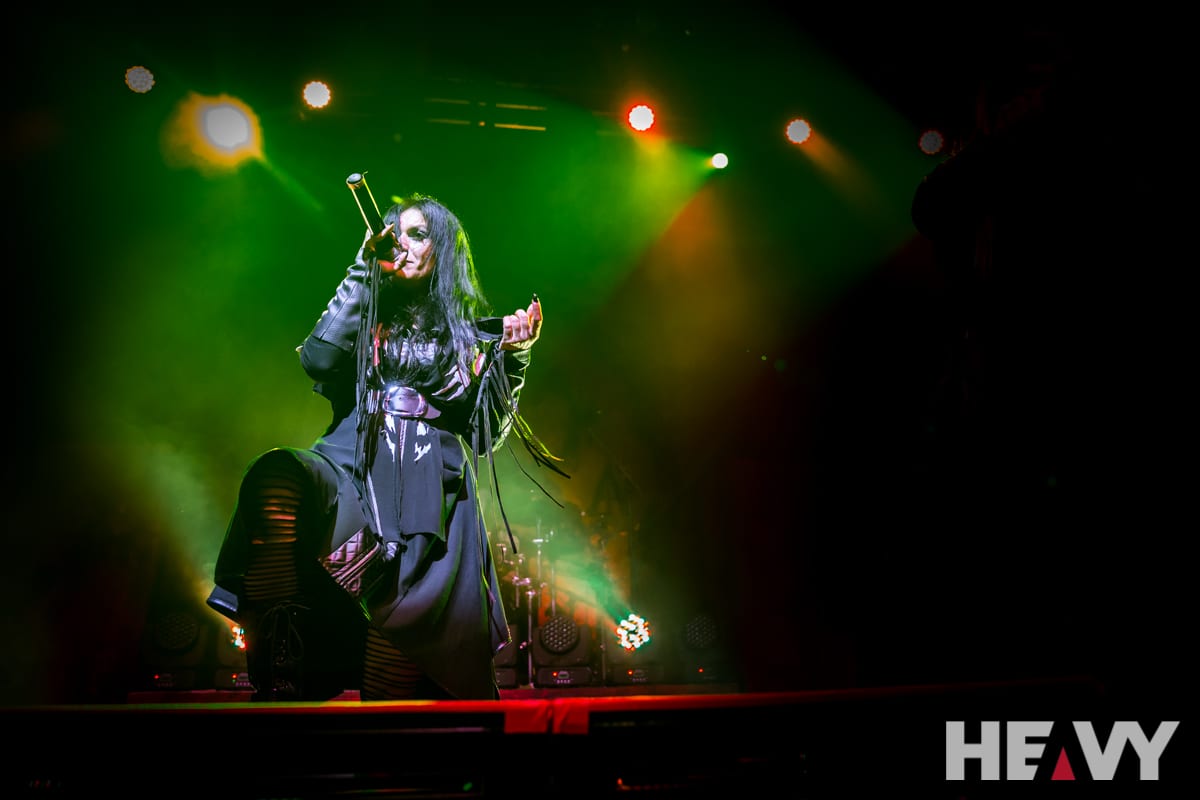 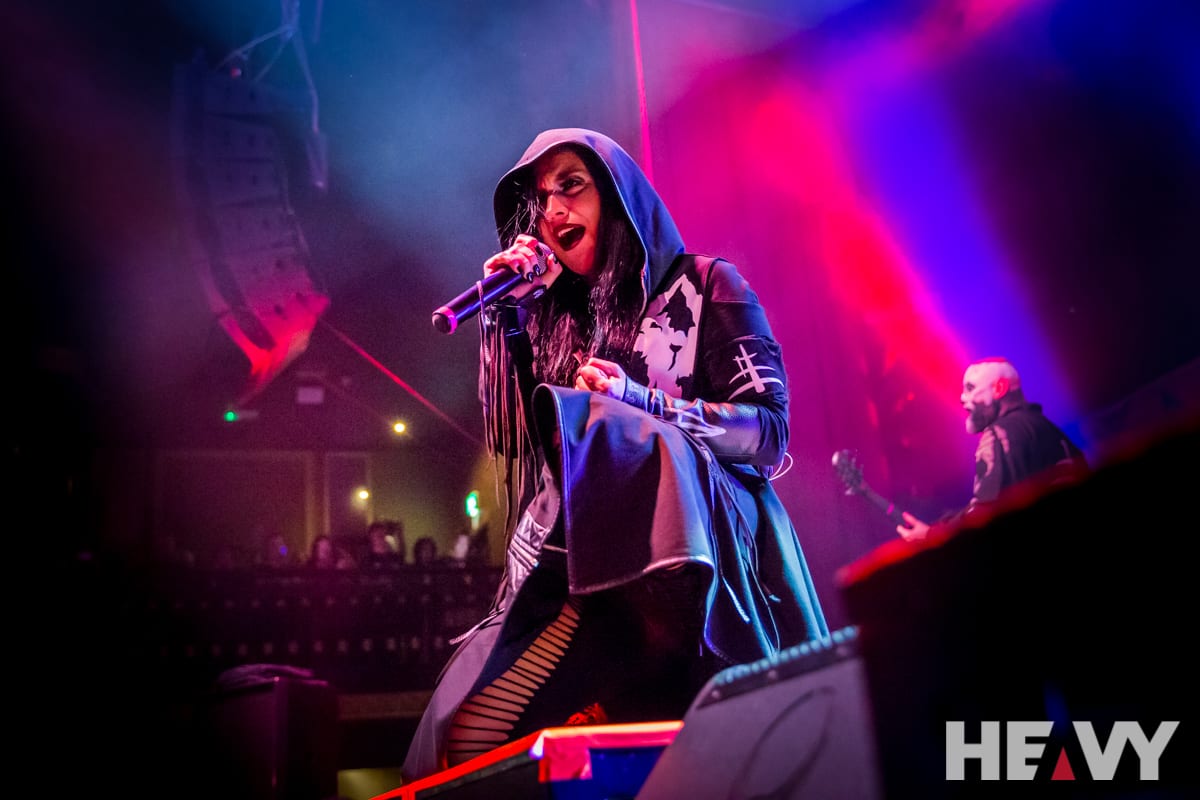 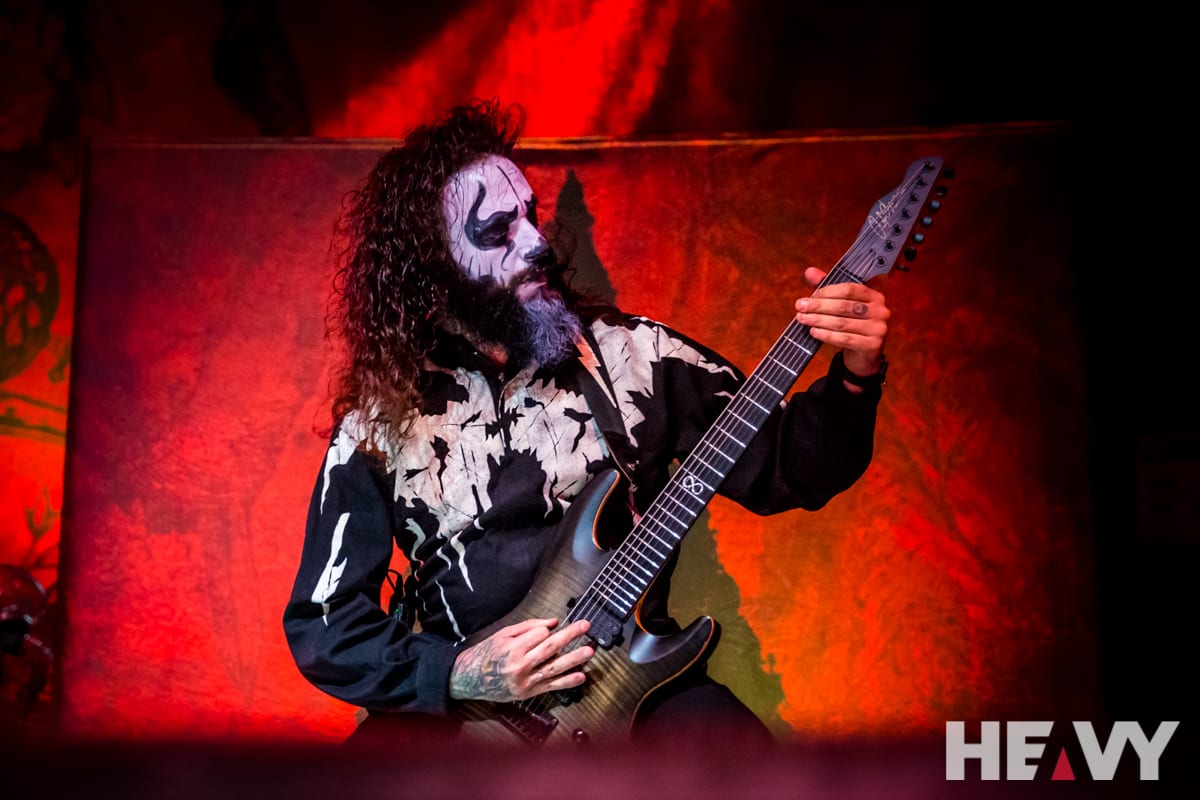 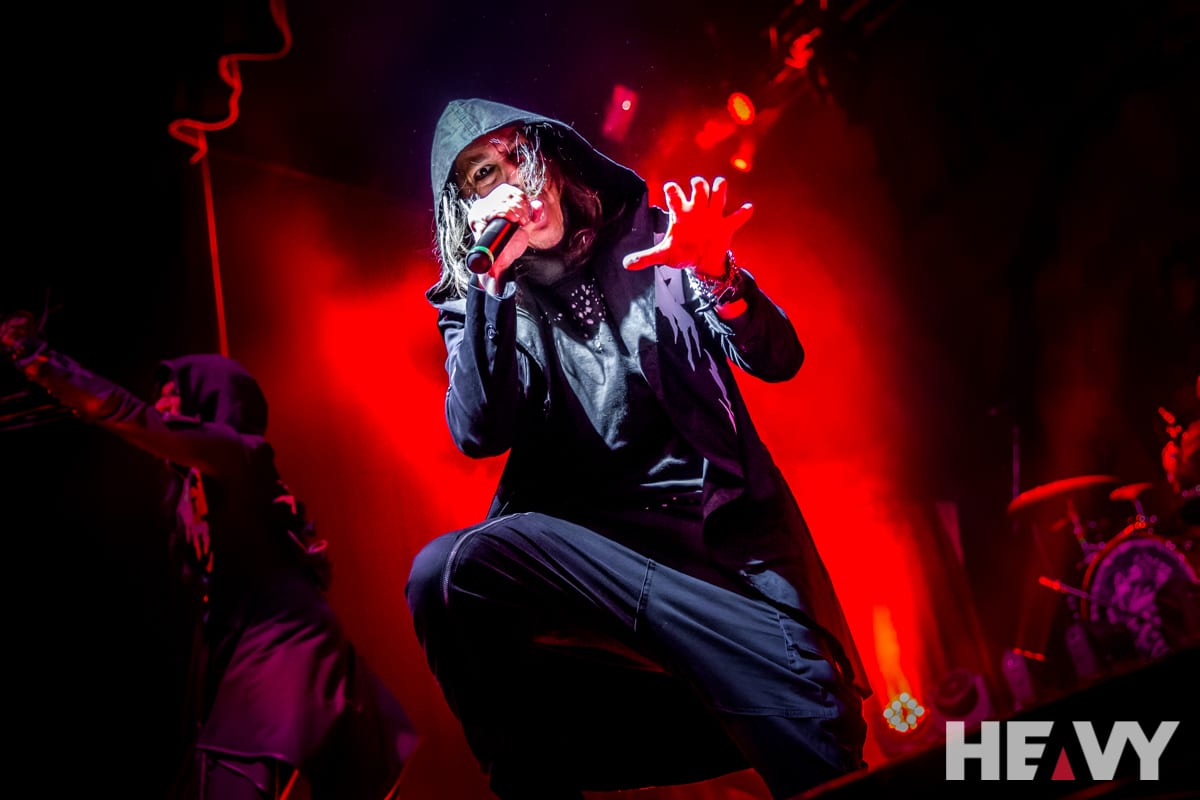 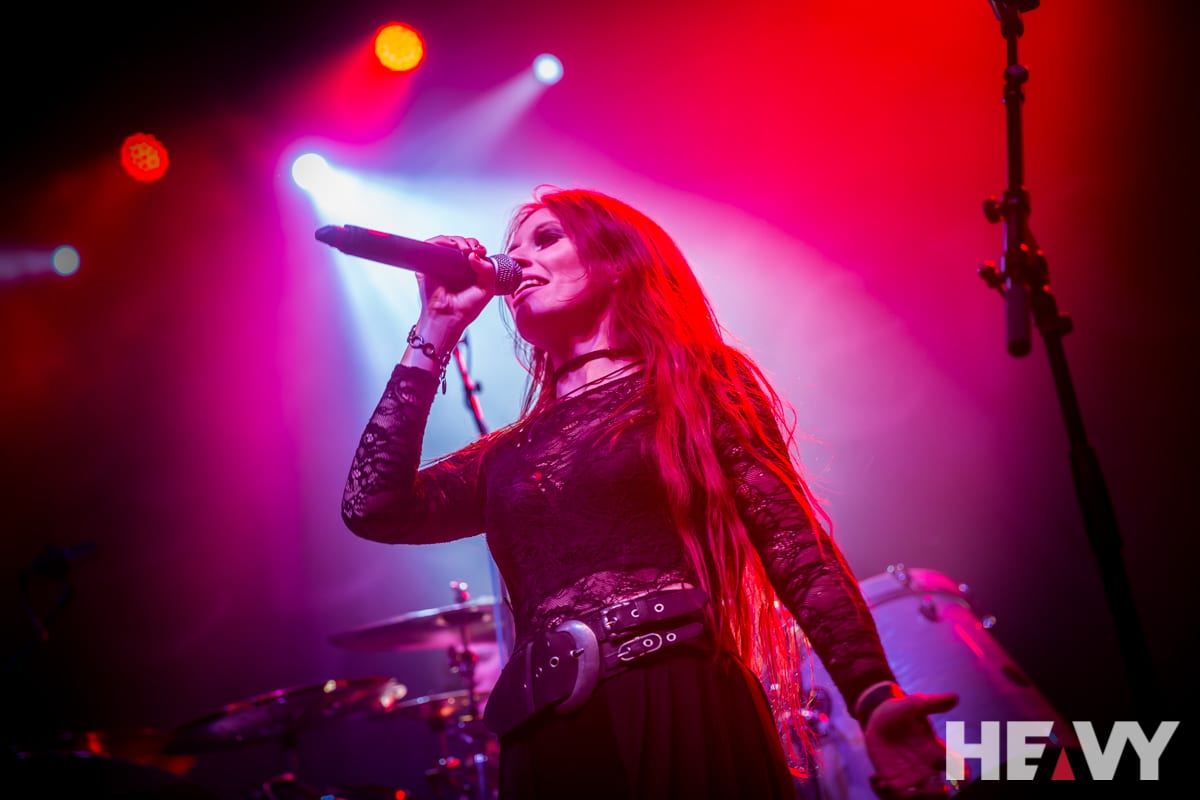 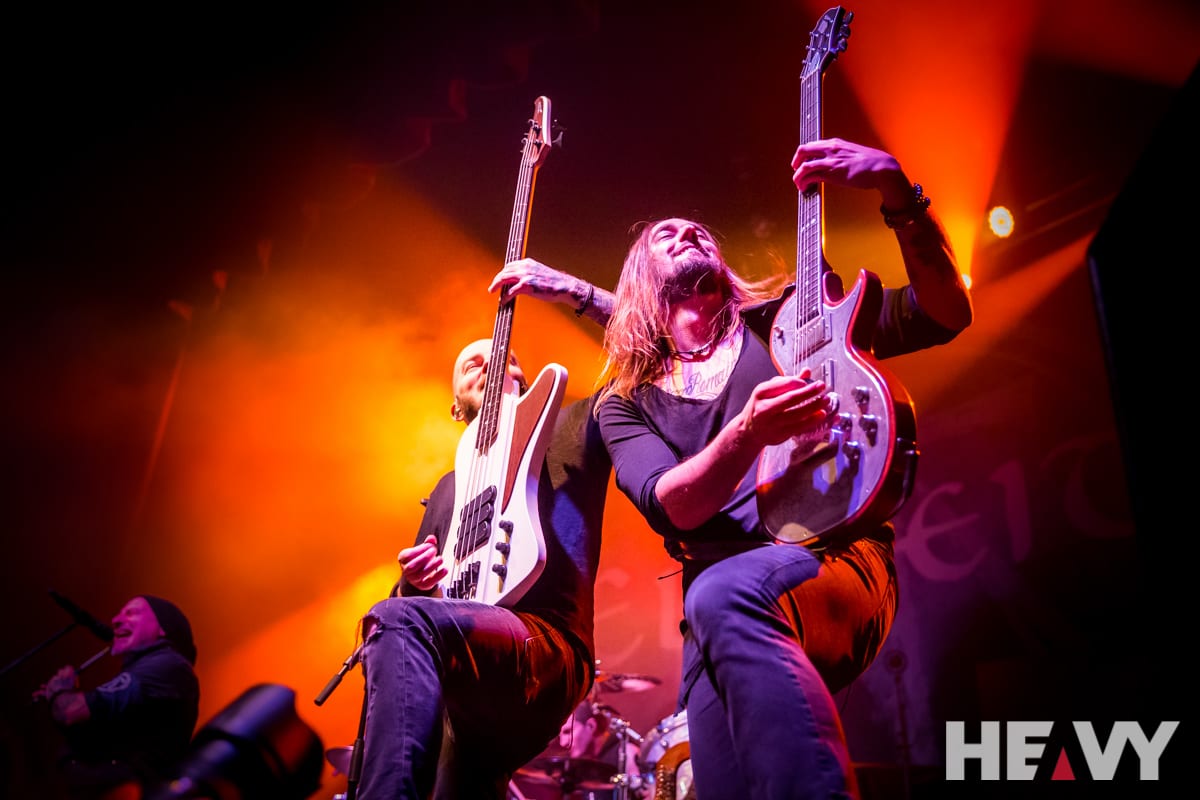 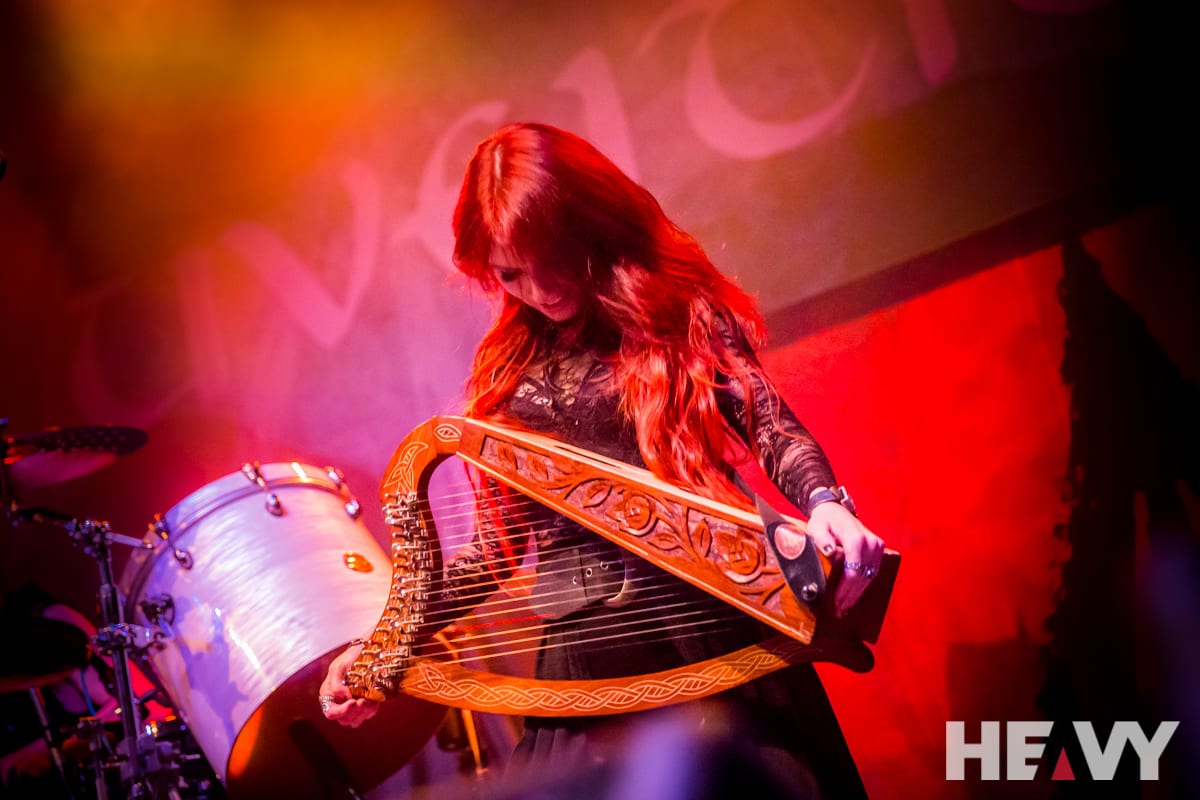 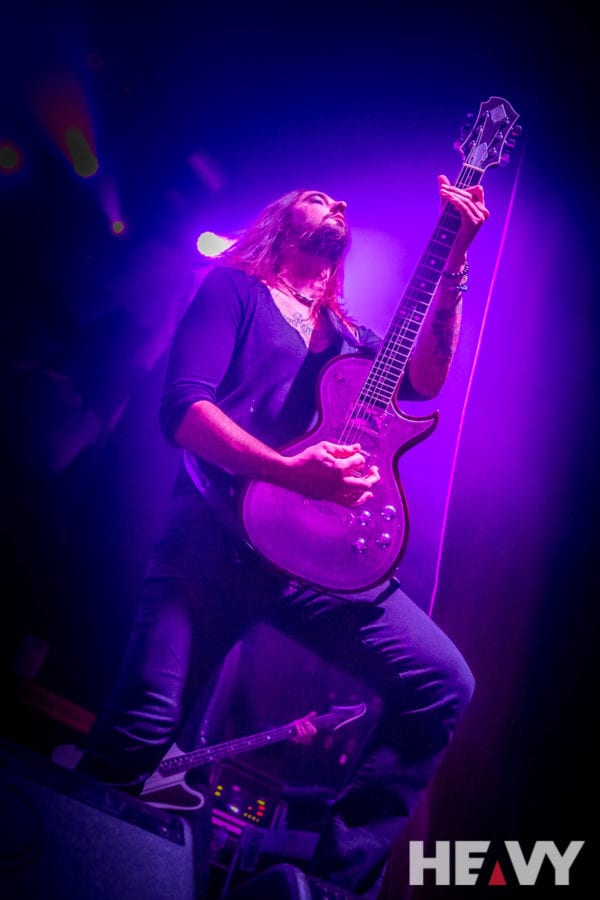 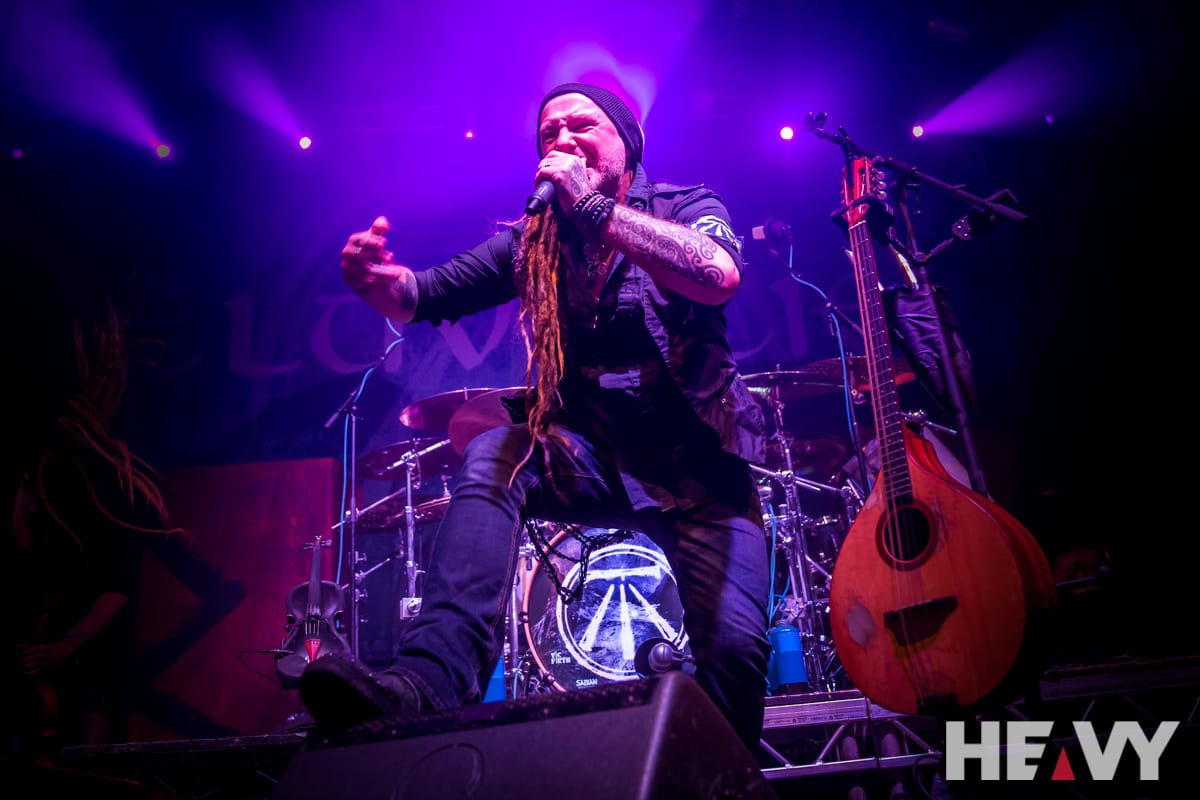 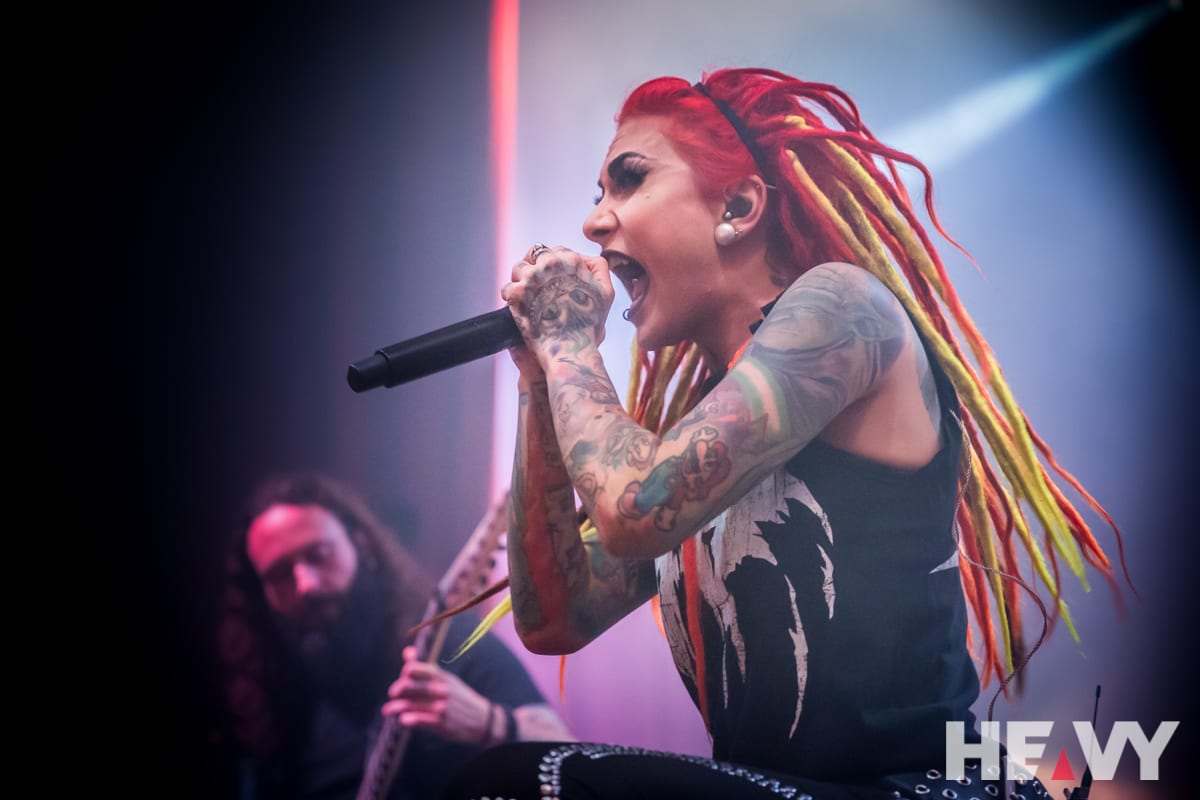 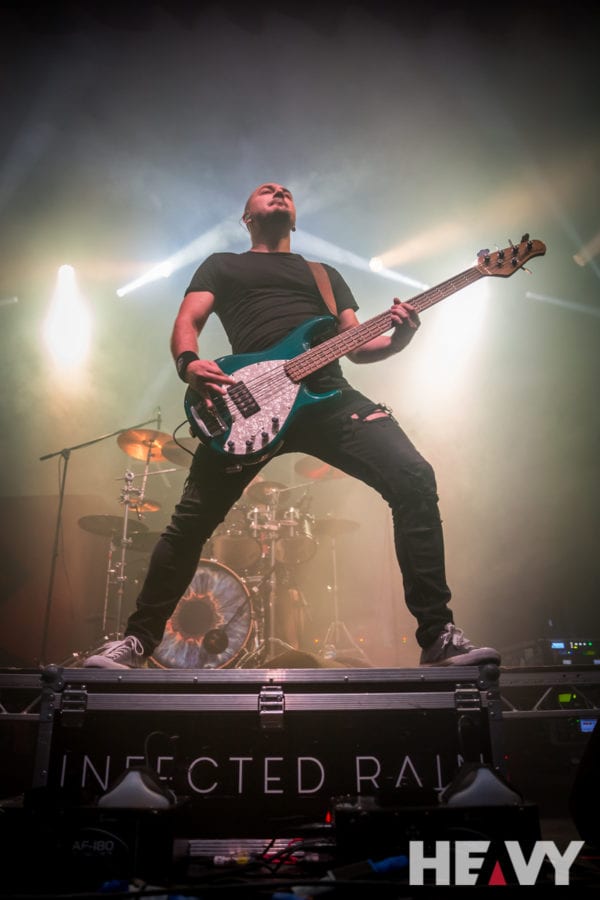 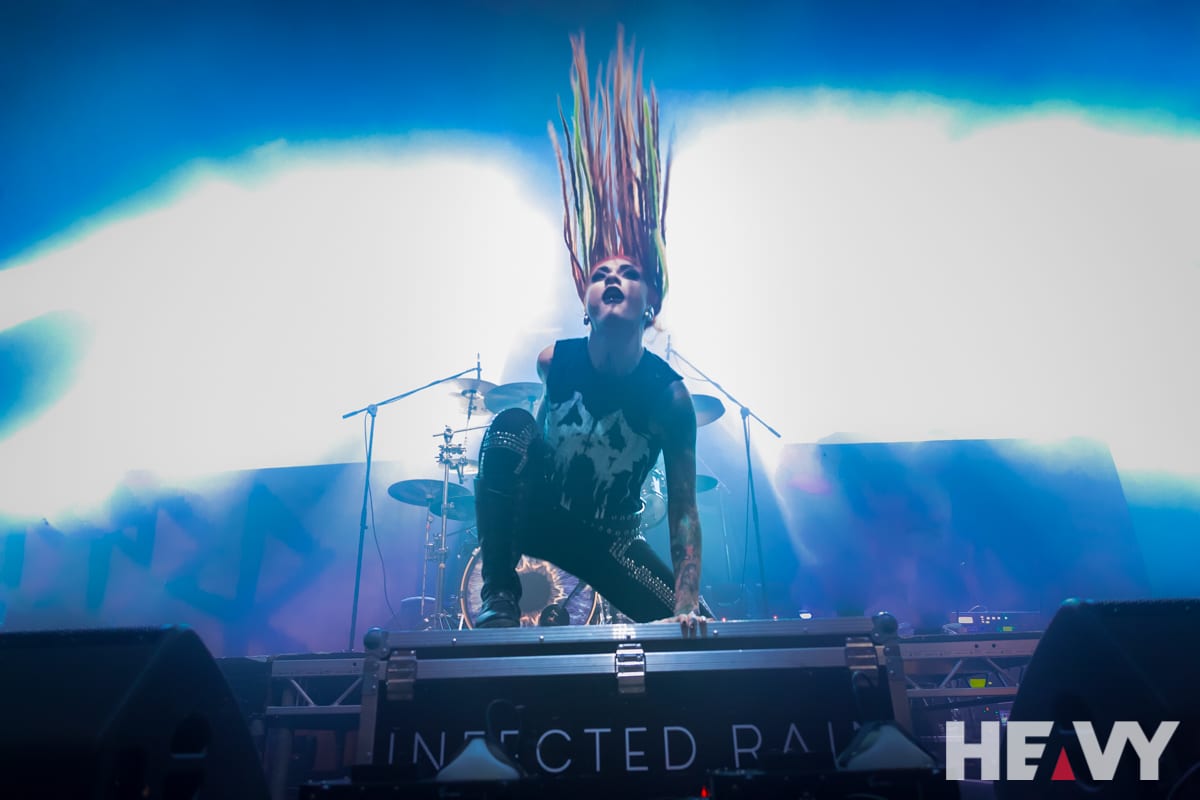 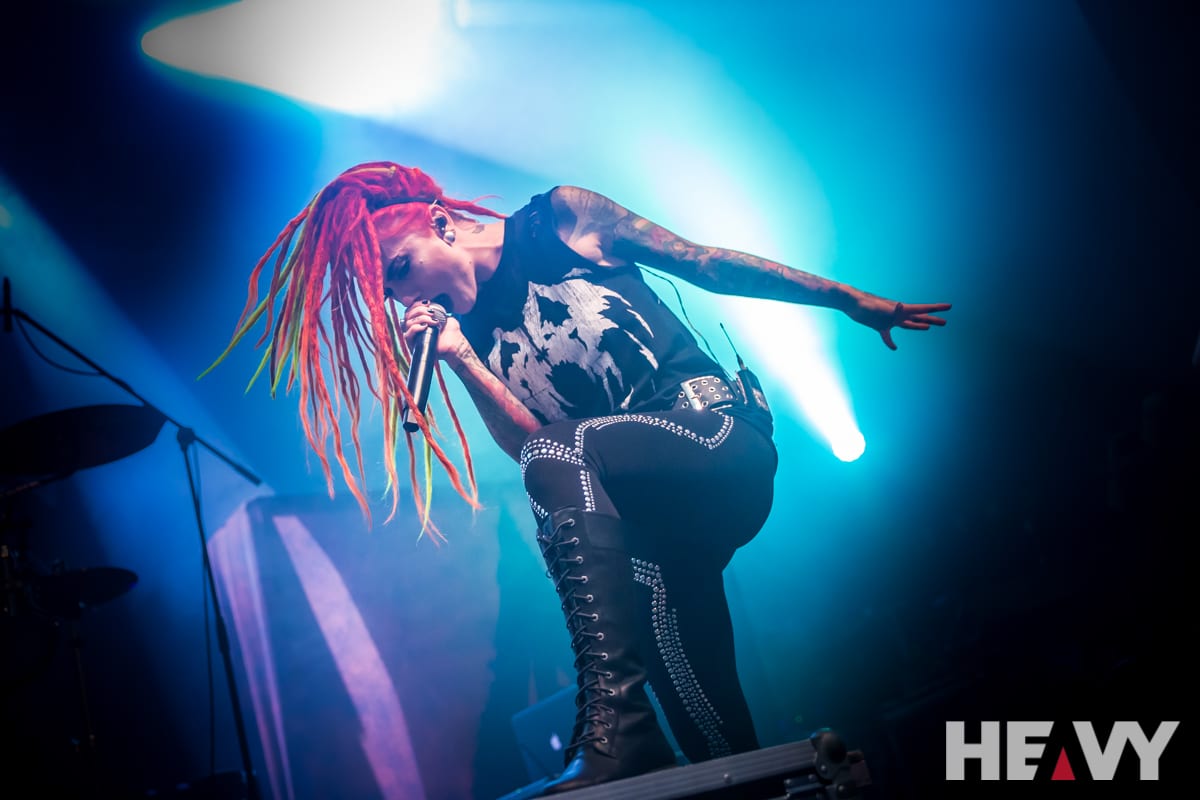