KRIS BARRAS BAND 'Light It Up' 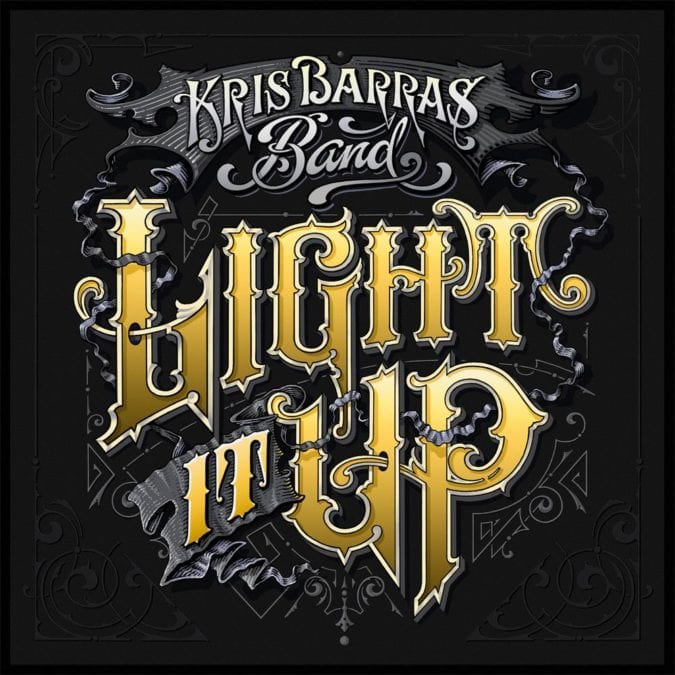 There’s no denying that Kris Barras has been a part of his own music fairytale. From performing ZZ Top covers in claustrophobic venues to a handful of spectators to playing with ZZ Top’s legendary Billy F. Gibbons at venues such as London’s Shepherd’s Bush Empire in Supersonic Blues Machine within the space of two years, Barras continues to shimmy up the beanstalk towards his own golden goose. Back with Kris Barras Band on new album Light It Up 18 months after their preceding album The Divine and Dirty (2018), how much further has Barras ascended towards the summit?

Light It Up opens with stomping percussion in “What You Get”, employing muscular southern guitar and gravel-tinged soulful vocals that work together like a matchstick against strike paper. Light It Up is a string of warm, sass-infused blues workings that shine with the sheen of keyboard from Josiah J Manning, who also produced Light It Up, and luxuriously textured vocal lines that are bolstered by gospel-style harmonies from Phoebe Jane, Alex Hart and Joanna Cooke. Throughout, it’s the choruses that bring animated vibrance to each track, with particular thanks to the punctuation brought by this vocal backing. In tracks such as “Ignite (Light It Up)” and “Wound Up”, the organic southernality of KBB’s sound in all its infectiously rhythmic glory brings joy and jive to the listener. It would appear KBB are holding on to the successful formula of 2018’s single “Hail Mary”, painting this album with the same rustic golden shade of thick southern musical gumbo.

In stark contrast to this observation is Barras’ statement that he “forced himself to write songs a different way” for this album – the album reads like a How To… guide of jivin’ southern-country-blues and feels almost formulaic. It feels more one-dimensional in character compared to The Divine and Dirty, and lacks the distinctive je ne sais quoi of contemporaries such as The Cadillac Three and label mates Black Stone Cherry that turns heads in a music landscape that is becoming increasingly saturated with southern blues artists. The emotion is polished, the guitar solos feel obligated and the lyricism flirts with banality (the refrain “I will be your roof in the rain” could cause confusion in a lyrical quiz against the likes of works by Stevie Wonder, Whiskey Myers, Bob Dylan, Kenny Rogers…) The songs are well-crafted and Barras’ talent as a suave blues-weaver is more than evident in tracks such as “Let The River Run Through You”, but the album leaves an (albeit, greedy) yearning for something showstopping.

Fussy yearnings aside, blues fans will yield plenty of joy from Light It Up – it’d be hard not to enjoy the organic Skynyrd-ish melodies of “Broken Teeth” and the nippy rhythm of “Counterfeit People”. “Pride Is Forever”, a steady jam with road trip tinges, spins gorgeous melodies and softly melts the album out with keyboard sheen and gospel glow. Whilst Barras has not exceeded his previous demonstrations of musical creation, he has created an album of largely uplifting sensations that will appeal to fans frolicking in the contemporary rock landscape.