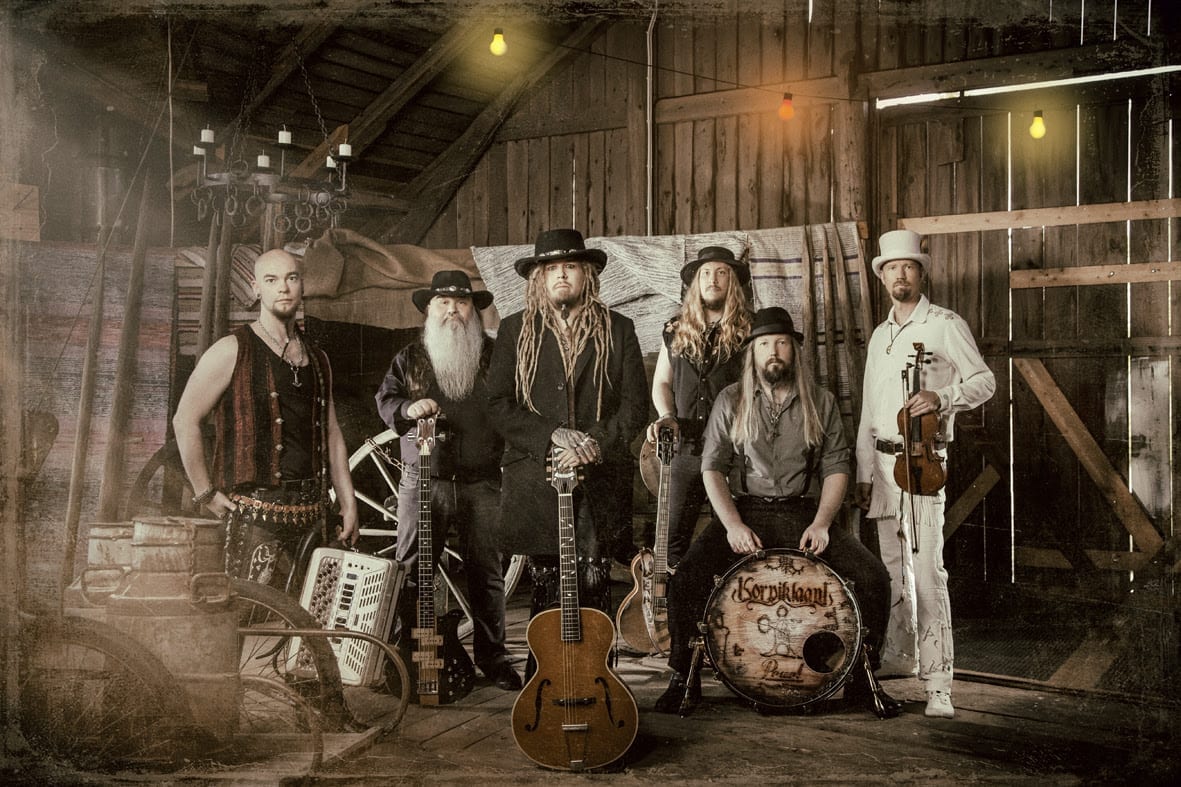 “I think our in our audience there’s been more of a shift”, measured Tuomas Rounakari, fiddler for Finnish folk metal superstars Korpiklaani when asked on what has changed with the band since their last visit to Australia five years ago. “We get more girls at the shows – we are coming close to 50% – which is unusual for a metal band. I would say our path is getting bigger and better”.

For the first time in their history, Korpiklaani have also had an extended run of the same members, with Tuomas admitting the momentum generated by having the same group of musicians is invaluable.

“This is kind of like praising myself”, he laughed, “But that is what has changed, while the line-up has remained the same. The ‘folk’ in folk-metal has changed entirely. Myself on the fiddle – and I joined in 2012 – and a year later Sami (Perttula) came to the accordion and by now this has really changed the sound so that the way we do the folk together is actually folkier than it was before. You can definitely feel that difference on our albums. I think Noita was our first album where the balance between folk and metal was really good where both genres were constantly present and it affected the overall album. Now with the Kulkija album, we’ve gone even a bit further. The folk instruments are played in a more folkier style than before and I think it has made us better musicians. We listen to each other better, we react better and I think we are truly developed as a band”.

In the full interview Tuomas discusses the Australian tour and what Korpiklaani has in store for fans, touring schedules and how travel and jetlag can affect you, the reception to last years Kulkija album, how they integrate songs from that album into the setlist, how song lengths and amount of songs influence an albums direction, being labelled folk metal superstars and more.