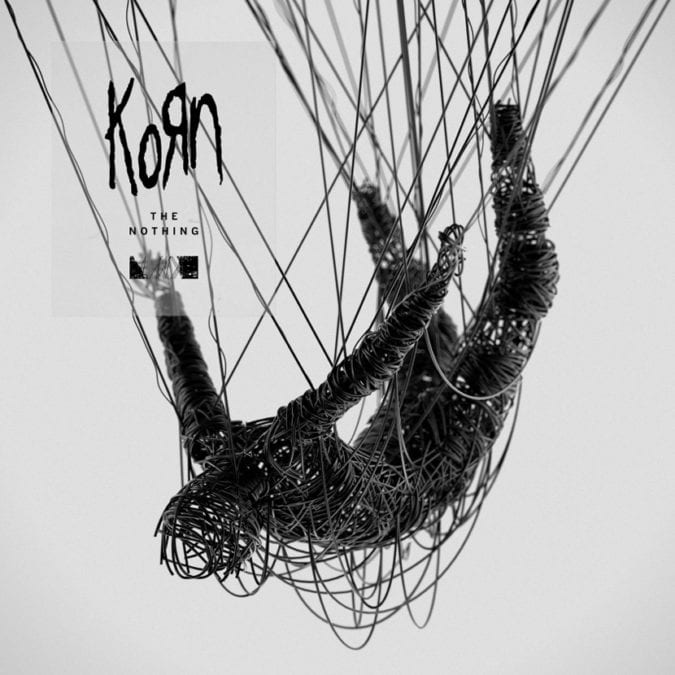 13; lucky for some. More than luck in this case, for hard-working Bakersfield misfits KoЯn, with their 13th effort, The Nothing. More of a continuation of their last work, The Serenity of Suffering (2016), what the album previous lacked this makes up for.

As the last record provided us with the signature Davis scat and use of C-minus scratching away on the turntables like it was 1999, the return of Bagpipes makes its welcome return in the intro, “The End Begins”, leading to the tormented cries of Jonathan Davis, which all began on the infamous debut with “Daddy” 25 years ago.

After the passing of Davis wife, showing his pain through art in the form of music, this release has to be the darkest contender in the dense catalogue. The pounding drums of Ray Luzier make way for album opener, “Cold”, with the distinct bass groove of Reginald “Fieldy” Arvizu lurking like a crazed stalker among the bushes.

This is the sound of a band who has evolved, not afraid to throw in a catchy chorus, keeping with the times, while remaining true with the growls, reminiscent to that of former treats familiar to “Break some off”, from the underrated, Take a Look in the Mirror (2003), which was the last to feature Brian “Head” Welch until his return in 2013.

The distinct guitar duo of Munky and Head stand out on next track, “You’ll Never Find Me”, with the verse and accompanying guitar licks, made famous on Follow the Leader (1998) and the follow-up Issues (1999). The bridge where Davis screams he is lost adds a feeling of agony and increases the tone of the album up a few notches.

“The Darkness Is Revealing” is an interesting track which seems to wind up and down in its moods like a schizophrenic Jekyll and Hyde. Where Davis shouts, “Take a look around”, in the bridge one can’t help but be reminded of the wackiness of System of a Down.

“Idiosyncrasy” is a highlight; starting with a pulverising riff, mixing in clean vocals and groans, something that has been a constant for the Bakersfield outfit. After the bellowing bass of Fieldy, which rattles like a bottle of pills, Davis tortured singing style kicks in, with the old sound as present as a Peeping Tom in the red light district.

Two songs that take a few listens to get your head around, that being, “Finally Free”; with its almost Hip-Hop verse and “Can You Hear Me”; delving into a futuristic electronic atmosphere, crossing between sounds of The Paradigm Shift (2013) and Jonathan Davis solo record Black Labyrinth (2018).

“The Ringmaster” is full of stomping riffs that lead to bass slaps and blasts of hip-hop-infused madness. The distinct bass playing of Fieldy stands out on next track, “Gravity of Discomfort” with experimental sounds present, adding to the atmosphere, leading up to bouncy riffs galore.

Instead of winding down, the album does the opposite, with the last two tracks, making them instant highlights. “[email protected]” and “This Loss”, which both stand apart as both different and the same. Instead of every album sounding the same, elements of all albums have meshed into one. Some of Davis best vocal work can be found on this album. It’s dark but not gothic, heavy in parts, shows elements of dance and hip-hop while remaining true to the KoЯn sound.

Remove the Nu-Metal tag, because KoЯn has evolved into an art, others can only imitate.

The Nothing will be released September 13 via Roadrunner Records/Elektra