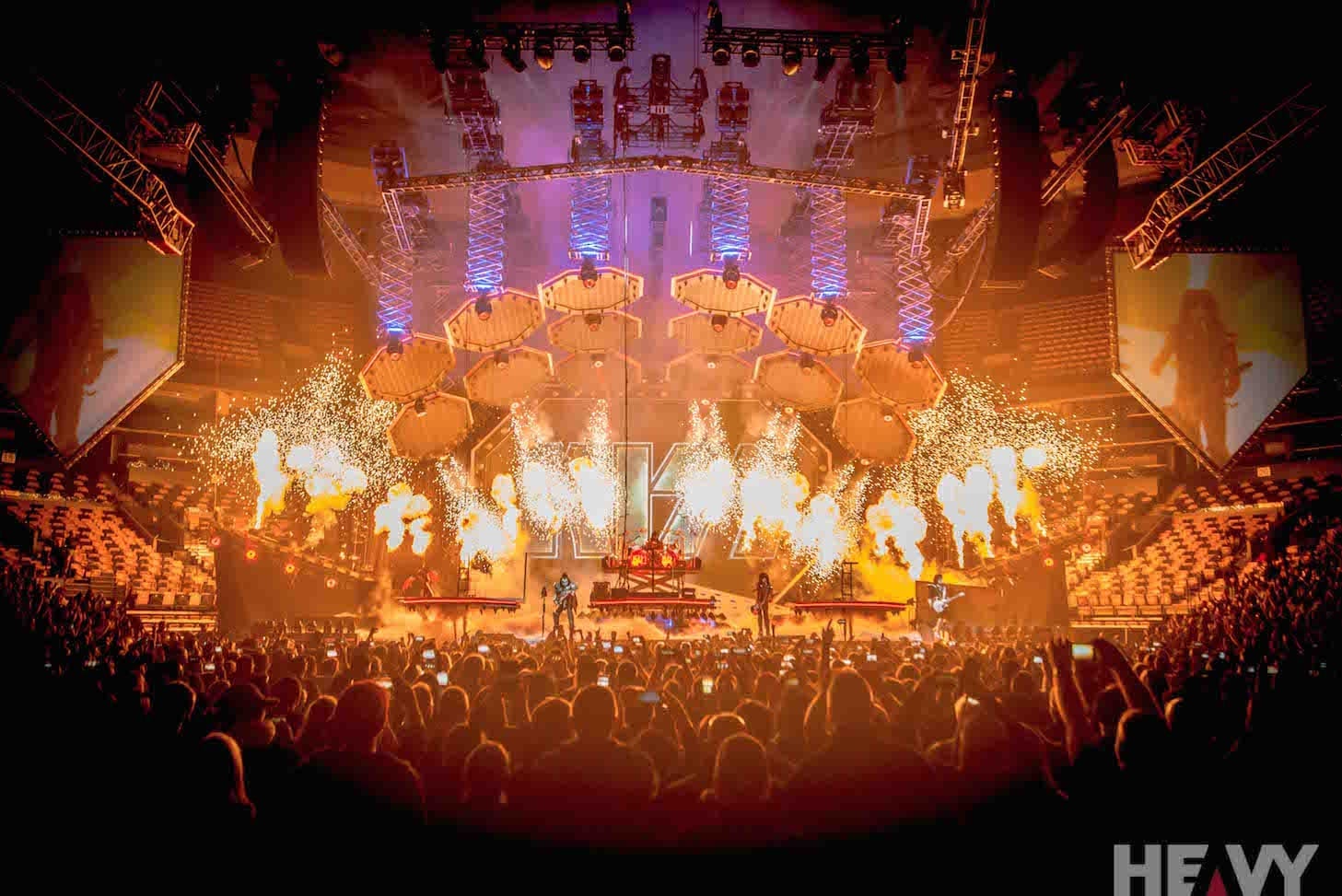 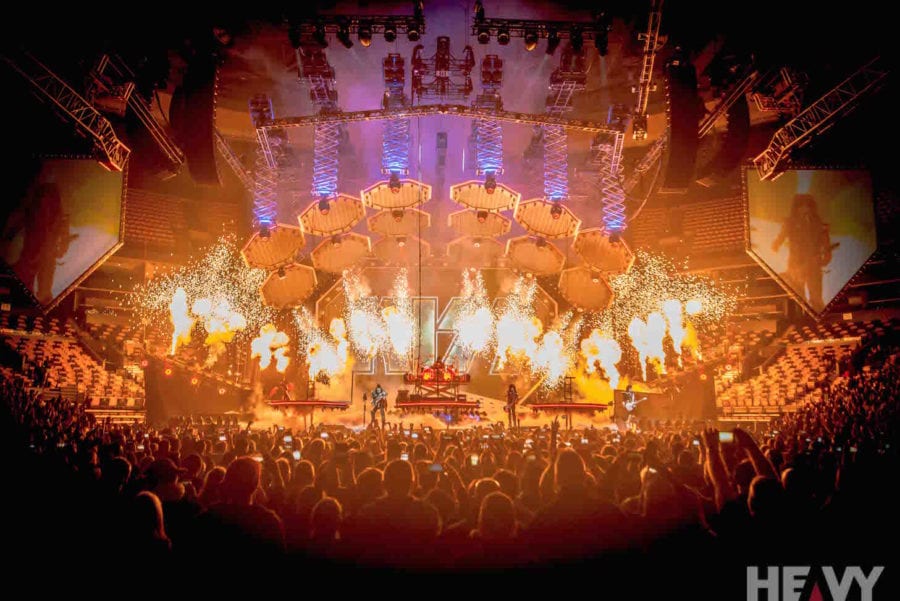 It’s almost hard not to muster a chuckle or two while contemplating whether or not Kiss’s current End of the Road World Tour will undoubtedly be the rock icon’s swan song in terms of live performance.

This skepticism is rooted primarily in the fact that Kiss started their inaugural so called “farewell tour” back in the early 2000’s. Yet here we are nearly twenty years later and the band is still in the midst of their ever long goodbye.

Then there’s this to ponder as well. Like most humans, Kiss loves money. However, unlike most residents of planet Earth, Kiss can at any moment, generate millions in revenue by simply firing up the tour buses and hitting the road for a handful of dates. 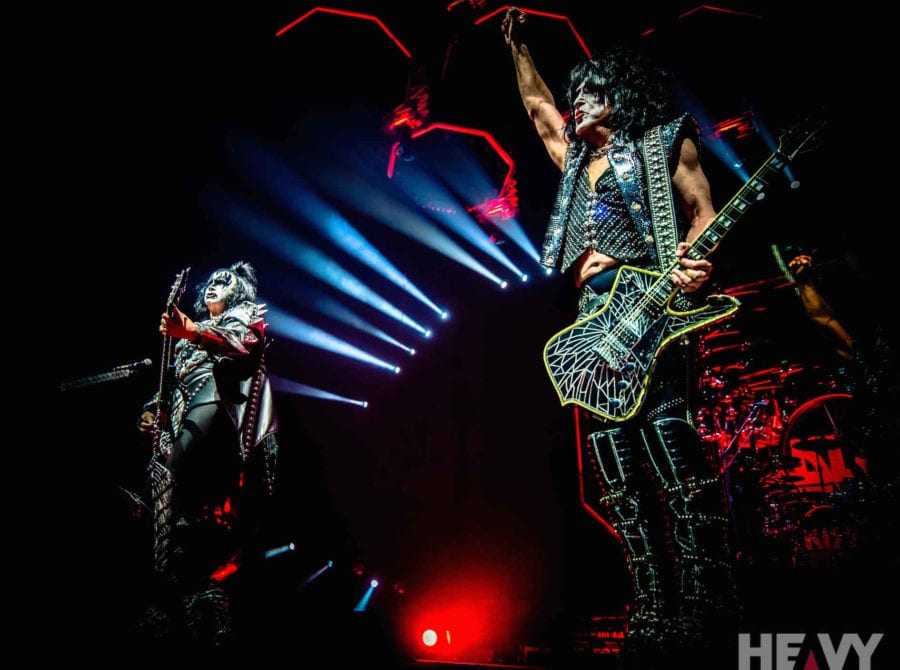 Considering the fact that they’re still selling out stadium sized venues wherever and whenever they play it’s hard to imagine that Gene Simmons alone would ever agree to stop ringing the proverbial cash register until the demon actually breathes in his final breath.

However, should this actually end up being the last time the Kiss Army is able to unite in unison to celebrate all things Kiss, now is probably a better time than any to pay homage to a band that changed the music industry in ways that go far beyond any music they ever recorded.

Initially chastised by critics for being a novelty act that relied far too heavily on Halloween makeup, side show gimmicks and the sexually charged rock and roll dreams of teenage boys to create buzz as they rose from the seedy underbelly of New York City in the 1970’s, Kiss as it turns out, were actually visionaries. 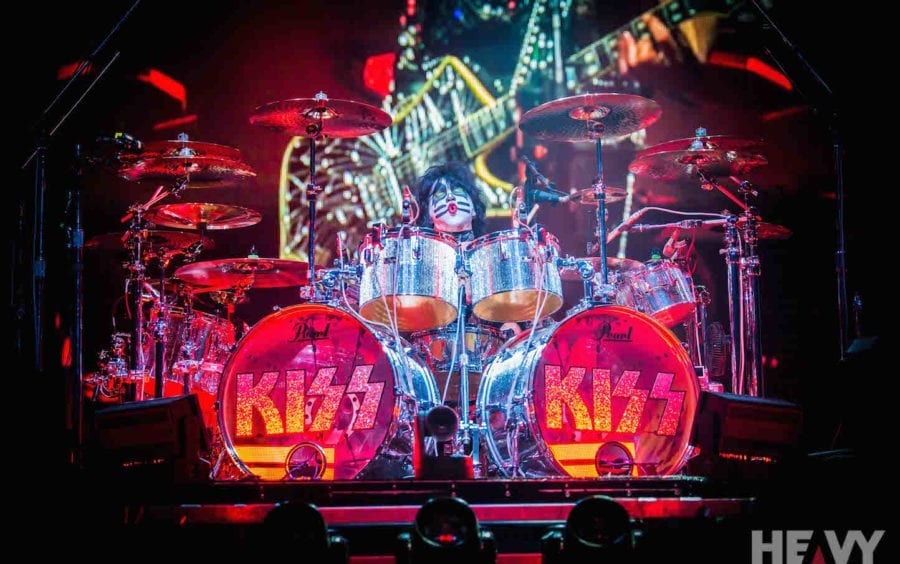 The band masterfully branded and marketed itself by employing the same types of methodologies Fortune 500 companies have used to great success and even greater profits.

In doing so Kiss was able to transform themselves from simply being just another successful American rock and roll band into a global phenomenon that has few, if any, equals.

Now as for the show itself held the TD Garden in Boston, Massachusetts, this past Tuesday, Kiss brought along every production accoutrement that any of their fans, or critics for that matter, would expect and then some.

Simmons spitting up blood and reigning fire from the stage while menacingly wagging his legendary tongue, exploding guitars, the seemingly non stop cannonade of fireballs emanating from the stage, as well as more than an ample amount of rehearsed rock star choreography and hamming it up for the venue cameras and the Boston audience to soak up. 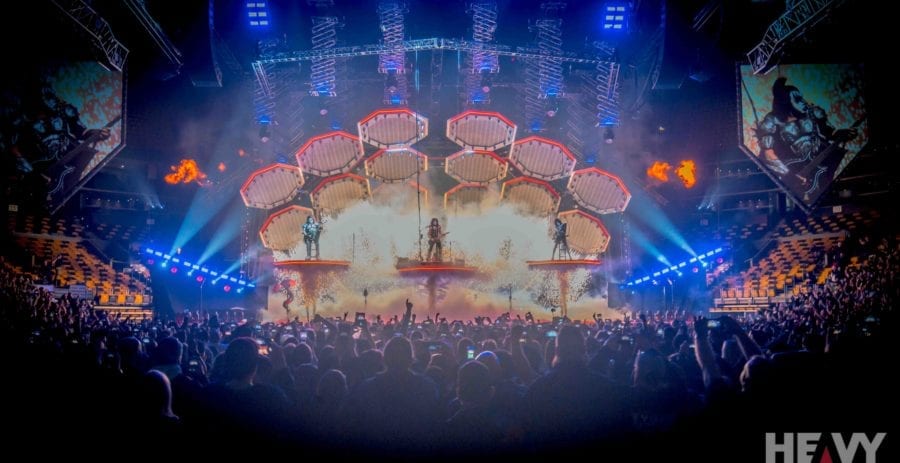 There were also some bells and whistles that even long time Kiss fans had to be taken a back by.  These included stunts such as Paul Stanley zip-lining from a top the venue’s rafters to make his way to the band’s smaller second stage, as well as gargantuan cranes that hoisted and swung Simmons and lead guitarist Tommy Thayer high above the TD Garden’s stage and audience.

For all the bombast, however, when it came to the music that was played Kiss actually kept it quite simple and lean.  Despite this being their supposed final tour, instead of a career spanning retrospective, the set list leaned heavily on the music that made Kiss a household name from the early 1970’s through the mid 1980’s. 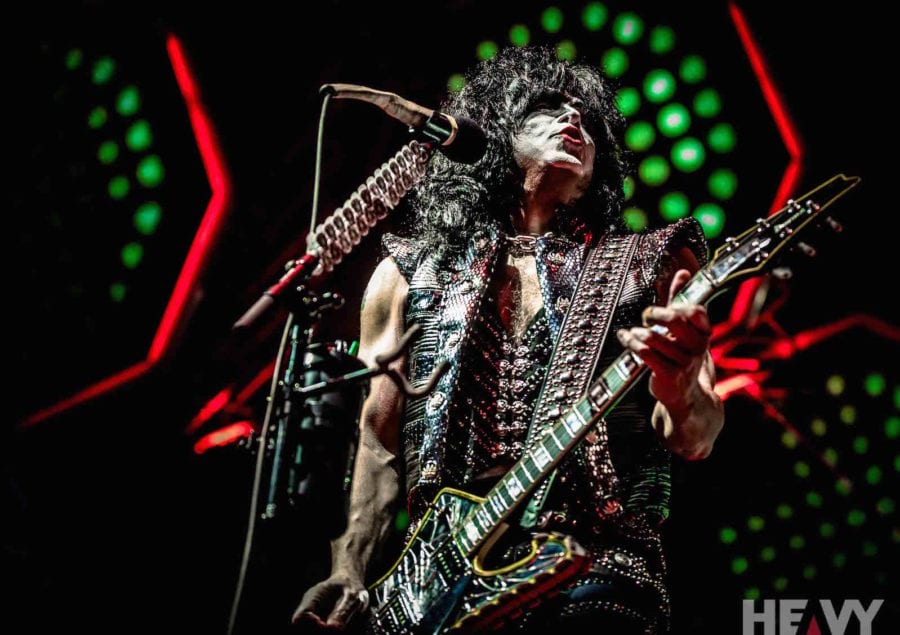 Highlights on the evening included the dual guitar attack of Thayer and Stanley on show closer “Black Diamond,” an ever so campy and glammed up rendition of “I Was Made for Loving You,” which Stanley performed from the mini stage within the heart of the crowd, the Simmons lead tracks of “God of Thunder” and “Calling Dr. Love” and of course the forever fan favorite “Detroit Rock City,” which initially kicked the show off with the band descending upon the audience from high above the TD Garden floor via levitating platforms that were literally awash in flames.

Kiss’s legacy was written in stone over two decades ago, thus it’s rather inconsequential as to whether or not the band continues to record music or tour for five, ten or even another fifteen years.

What is sure to live on forever is the impact and influence Kiss had on the business side of the music industry as well as upon the millions of souls they’ve allowed to live out their own personal rock and roll fantasies alongside the star child, the demon, the spaceman and the cat. 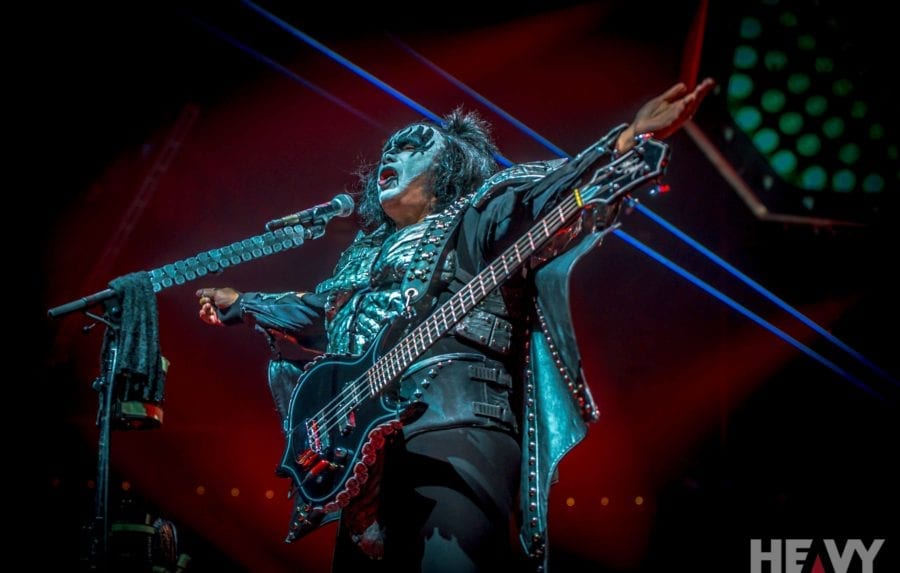 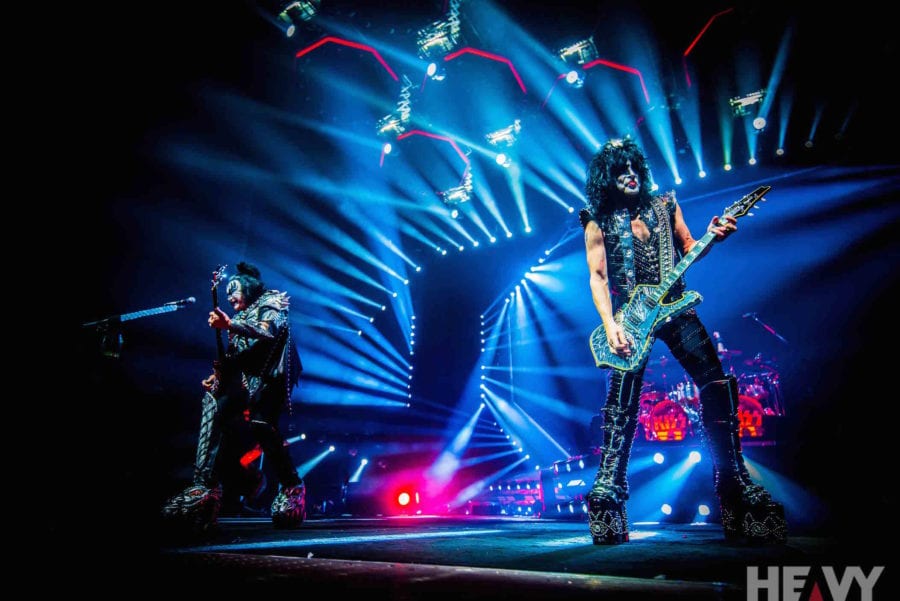 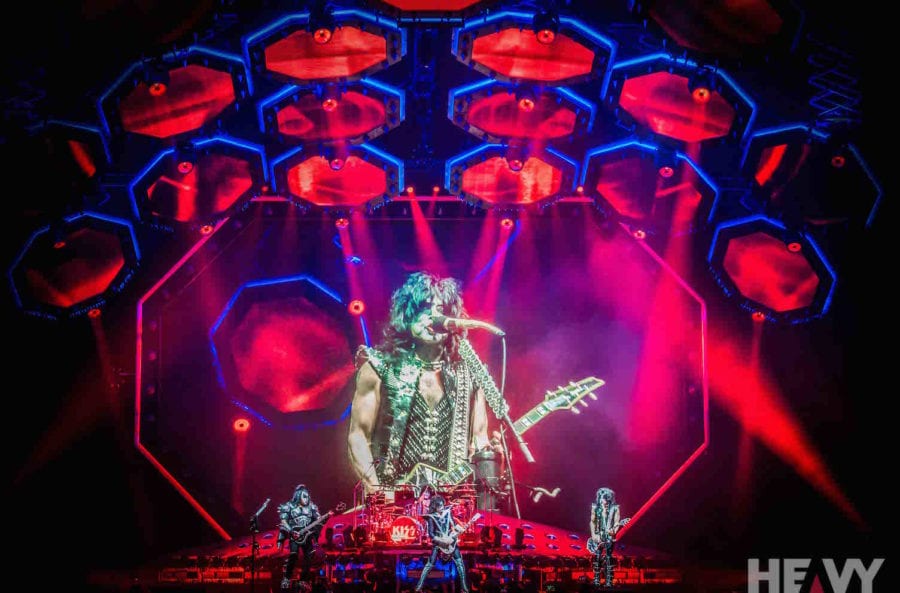 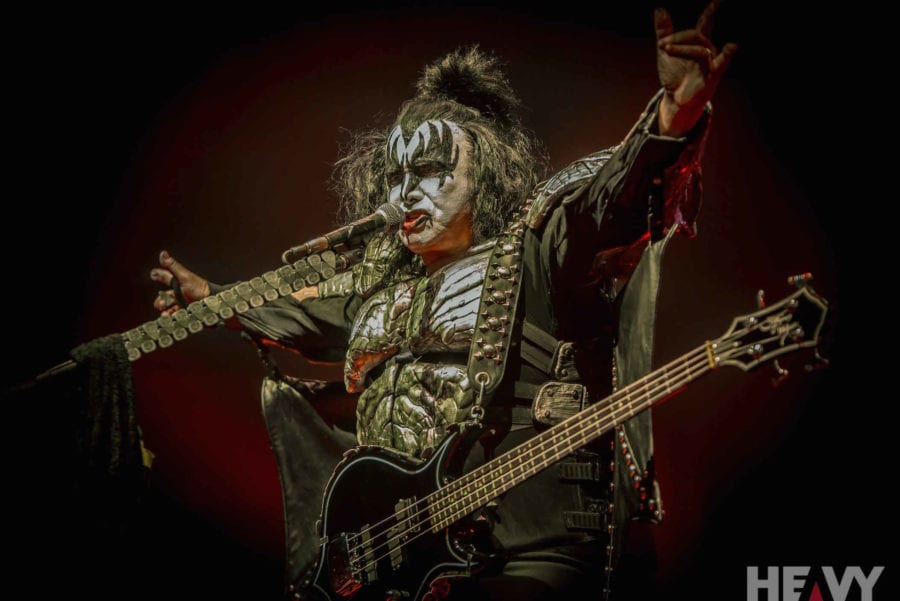 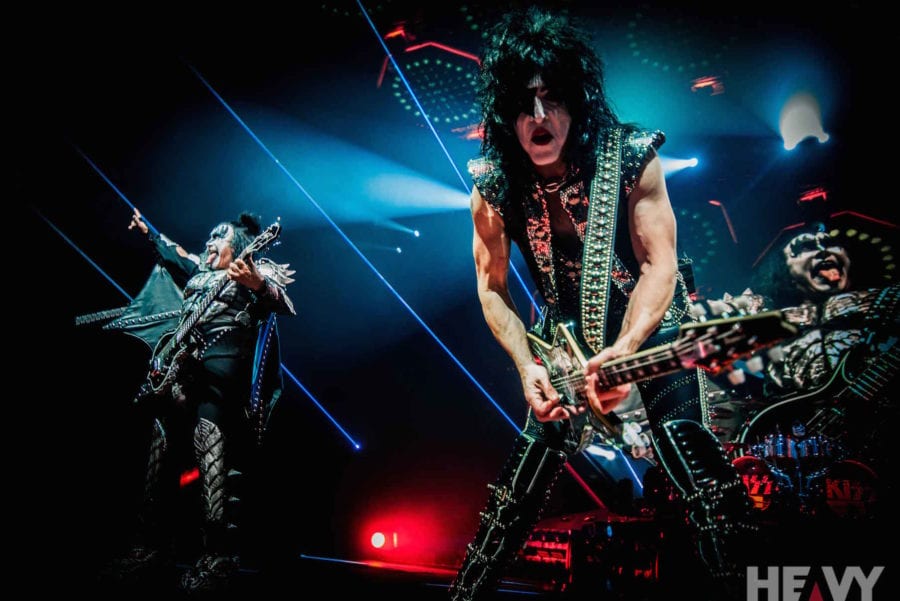 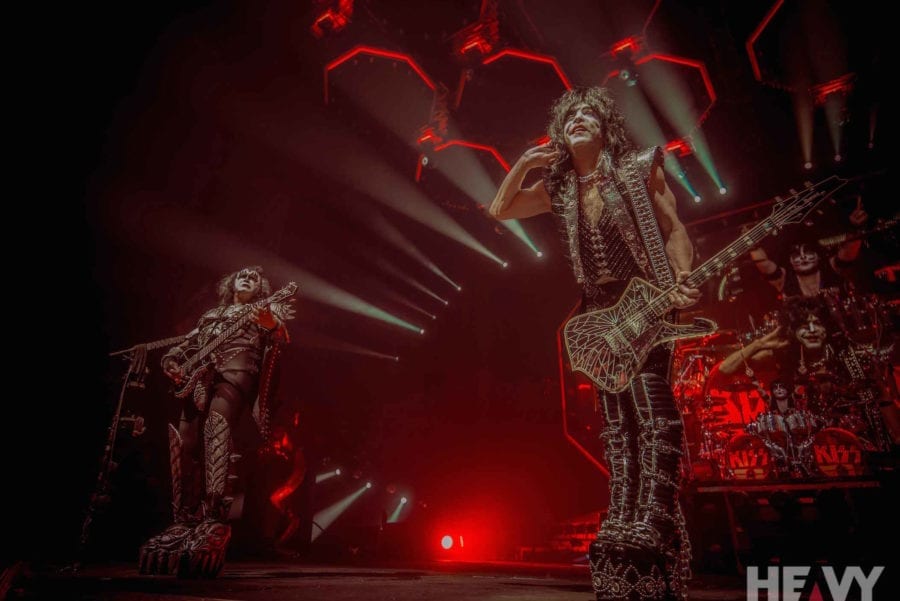