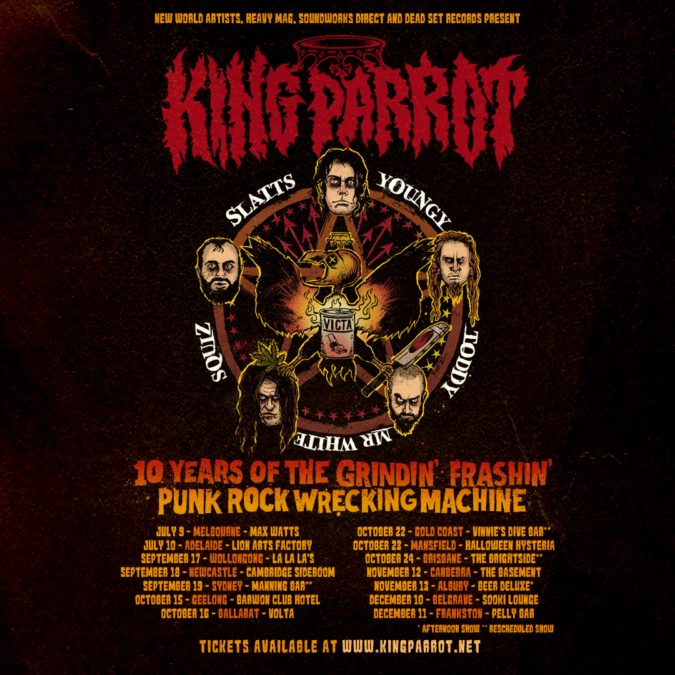 With recent government lockdowns continuing to make life for touring bands a complete headf#ck, King Parrot continues on to bring us their 10 Years Of The Grindin’ Frashin’ Punk Rock Wrecking Machine anniversary tour.

Having had to reschedule their shows that were booked for this month’s heavy rituals in Sydney, Brisbane and the Gold Coast, King Parrot are not backing down and already have new dates locked in as they move as best they can with the continually changing climate.

All tickets purchased for the original dates are valid for the new ones, and of course, if you can not make the new dates, and you have a ticket it can be easily refunded from the purchase point. With the first round of KP’s 10-year anniversary tour down with Adelaide and Melbourne receiving a proper rawkus event in true King Parrot style the guys have made it their mission to bring this hell-raising heavy 10-year celebration to as many of their fans as possible.