Jeff Martin needs no introduction to music fans. The front man of The Tea Party has been wowing audiences with spectacular concerts right around the world, while impressing the ear with some of the most poetic lyrics you are ever likely to hear.

What most people may not know about Martin though is the fact that he fell in love with the music of the legendary R.E.M. at a very early age, and now alongside other legends such as The Church’s Steve Kilbey Martin will have the opportunity to share his love of the band with audiences right around Australia as they take The Ones We Love on the road.

HEAVY Mag recently caught up with Martin who was only too happy to chat about his love for REM and what audiences can look forward to at these very special shows. “The concept is very similar to what I did with the Led Zeppelin celebration tributes tour across Australia in 2010… it was something like that. What I found was pleasurable about that was that there was so many great artists involved in the concerts, including the backing musicians. There was also the ability to intemperate the songs, re-intemperate them, you get to give them a fresh steer more or less, so when Paul McDnald the music director of the R.E.M. shows got in touch with me almost a year ago I couldn’t do the shows then because of the scheduling with The Tea Party and my solo tour but then we finally got the dates right and it was on. But the reason that I wanted to do it was again the re-interpretation of these songs and I could pick and chose what songs I wanted to do and I had artistic license to do what I wanted to the songs. It was a challenge but an honour to be part of this ensemble”

Martin also admits that it might be a surprise for fans of The Tea Party that he would want to pay tribute to R.E.M. “From my stance, from The Tea Party and my solo career, it is probably something that they wouldn’t expect for me to do. I mean the Led Zeppelin thing well that made sense, with The Tea Party and the whole pedigree and history of the band, but with R.E.M. people don’t understand that, especially early R.E.M. stuff, but Jeff Burrows the drummer in The Tea Party is a year older than me, so when we went to High School he was a big influence on what I listened to and he was the one that got me onto early R.E.M. and what really caught my ear was the guitar playing. A lot of the New Wave stuff at the time was just melodies and REM was something different, wth that twelve-string electric sound was something that really caught my ear, and later when The Tea Party was formed so many Tea Party songs use electric twelve-strings so yeah it was a big moment.”

You can catch Jeff Martin and the rest of the talented ensemble on the dates below. Tickets are available from  https://metropolistouring.com/celebrating-rem/ 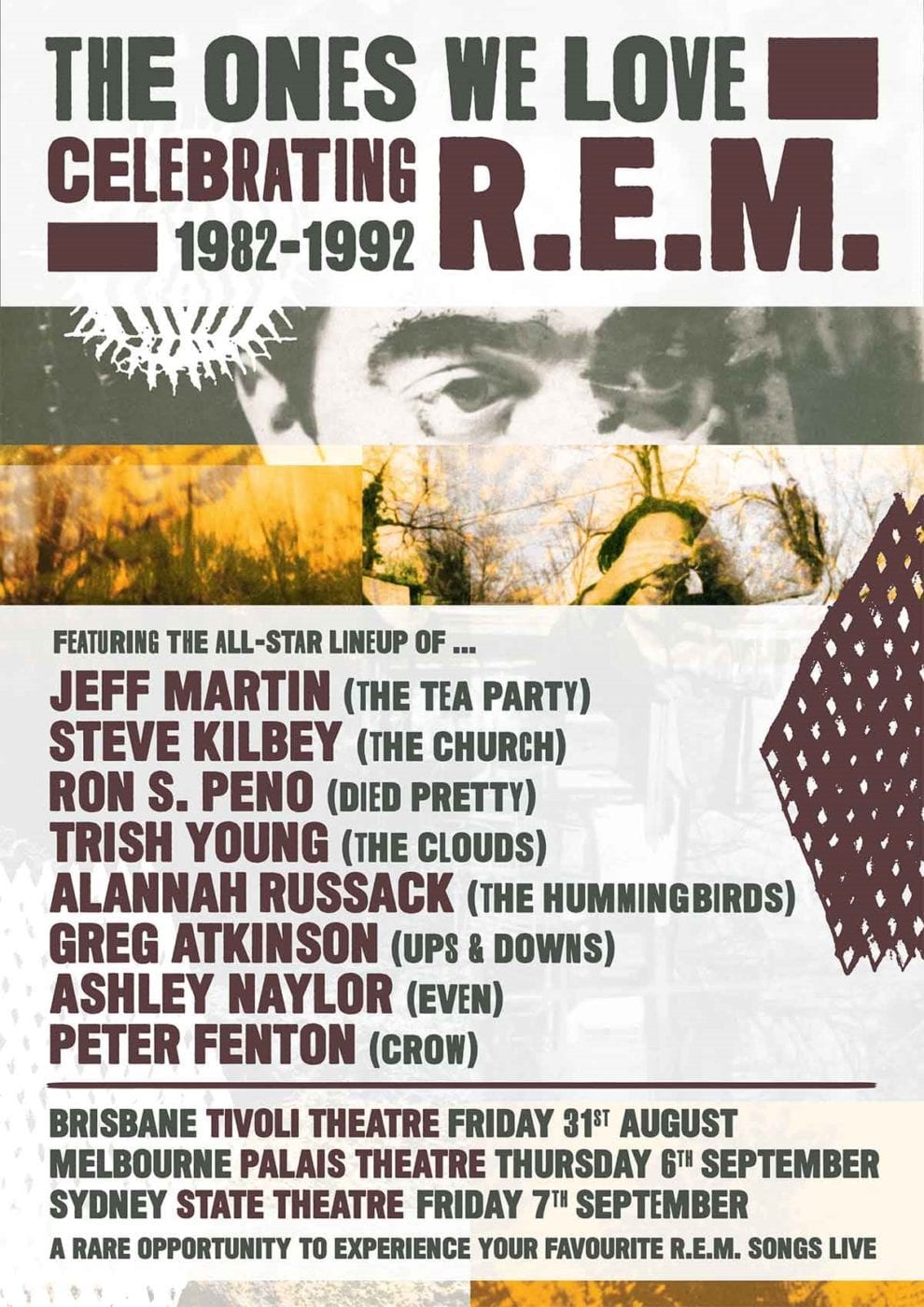