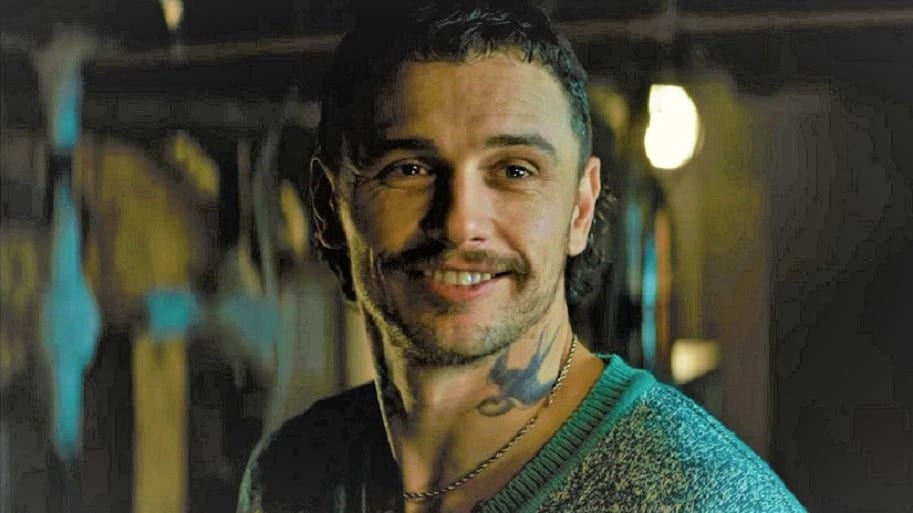 JAMES FRANCO And JACK REYNOR: Next of KIN

One is an Oscar-nominated actor, who should have been nominated for The Disaster Artist this year as well and the other is up and coming actor whose gritty performances in Sing Street, Macbeth and Free Fire are starting to make him a household name. I am talking about James Franco and Jack Reynor, who happen to represent the ‘good’ and ‘evil’ sides in the new crime, thriller, sci-fi Kin.

Like the film itself, their roles are anything but conventional. Reynor plays newly-released crim Jimmy Solinksi who only a few moments into the film commits a crime that should have the audience hating him (but they don’t) while Franco plays Taylor Balik a blood-thirsty gangster with no redeeming qualities. They happen to face off in one of the best movies of the year, and they both couldn’t be more excited about it.

For Reynor his excitement was about working with the talented cast including the young and talented Myles Truitt who plays his brother in the film. “Myles Truitt? Some kid, some kid. I have to say,” he says wearing a broad grin. “I met him first in Boston when he came to do his final read on the film and what struck me the most about him was that he is a young kid, but he is right on that point where he is on the cusp of adolescence. It’s just an incredible thing because I speak to him a lot about the things he likes in his own life and I’m watching him transform as we shoot the film… I mean he even grew a couple of inches. He is just an amazing kid, he has this amazing amount of substance behind his eyes, and you look at him, and he is like a movie star… the kid is like a movie star, man.”

His other highlight was getting to work with the legendary Dennis Quaid. “Dennis Quaid, man, Dennis Quaid, what a legend,” he exclaims his grin returning. “I mean his reputation precedes him in the best way. I just loved working with him; I thought he was the coolest guy. You know you meet people in the industry, and sometimes you meet people are you expect for them to be amazing but they let you down, but Dennis is not one of those people in any way, shape or form. Like I met him, and I was just blown away by him straight away. He is such a generous actor who is just really giving, and he was incredibly fun to work with.”

Reynor also says that Kin might be a low budget film, but it certainly doesn’t feel like one. “I think it has some of the tone and sensibility of a larger budgeted studio film, but at the same time, it maintains a lot of the refinement that we see in independent films. It is a grounded sci-fi film it is not taking place in a fantastical universe where you know, aliens are invading our planet, or everybody is part of this emergency. This is a small isolated incident that happens within families and there just happens to be a sci-fi element attached to it, and that does land us in action, and there are thriller elements, but ultimately it is a film about brothers and family.”

For James Franco though he was won over by Kin when he first read it. “It was a really interesting script,” he says thinking about it. “I was sent the short film that the whole project was based on and it was directed by and conceived by the brothers. I thought that was just interesting and you got this glimpse into a world that you thought was one thing and it turned out to be something completely different and then when I got the script I saw that they had just expanded it well. On the surface it was a movie about families, about revenge, it was a chase film but then underneath there was this whole different level.”

He laughs when asked about it was like working with directors who are twins. “Well the bond has to be strong,” he says smiling. “They are twins. They almost seemed like the same person, I mean they think the same, they finish each other’s sentences, and if I ask either one for directions they will give me the same answer, so I think the bond they have is well woven into the fabric of the movie.”

Kin is out in cinemas now. 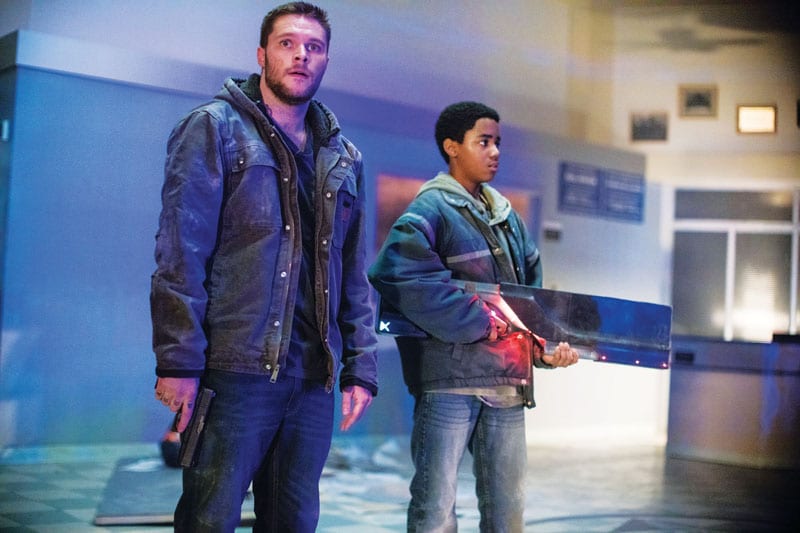 PrevPrevious.BRUCE DICKINSON – How to Make A Stadium As Big As Your Thumb
Next.Footy And Racism: DAMIAN CALLINAN Talks THE MERGERNext