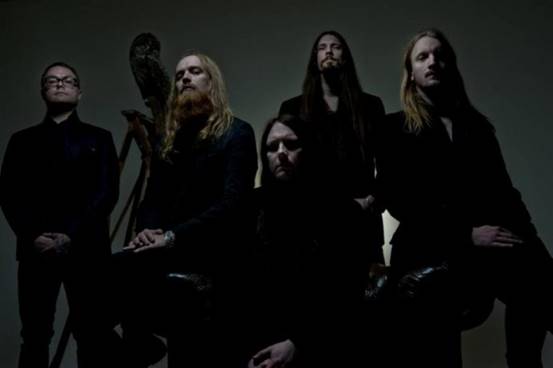 “I think the more the band got attention, and the fan base grew we felt the urge to go out and play our songs live,” explained vocalist/guitarist for Sweden’s Katatonia, Jonas Renkse, on their decision to turn the band from a studio project to a touring act early in their career.

“I think it’s easier to say when you first start a band that you’re going to just be a studio band or you are just going to record music but once you realize that the music you are creating actually means something to a lot of people and these people might want to see you live then it’s time to reconsider and that’s what we did. Looking back I think that decision was a good one.”

After releasing two albums of death/doom metal, Dance of December Souls (1993) and Brave Murder Day (1996), the changing musical landscape and in particular problems with Renkse’s voice forced Katatonia to rethink their approach to music and begin the process of eradicating much of the screamier style which was becoming their trademark.

Despite toying with the idea of enlisting another vocalist to share the duties – Mikael Akerfeldt from Opeth appeared on Brave Murder Day – Renkse admits that in the end, the decision to go more towards the progressive rock sound was something that was inevitable.

“I think maybe back then we toyed around with the idea of getting another vocalist in but once I started doing the clean vocals I think everyone in the band felt this was the way to go,” he said. “I felt that as well so we never really wanted to go back to the death metal style once we tried the clean vocals and today I’m really happy that we made that change because it has made us a more eclectic band. We can fit into different kinds of bills, and we can pretty much play to any audience which is nice. If you wanna have a band full time I think it is a good idea to broaden your sound a bit – not like selling out and trying to be the next Billboard thing – but just trying to see where you can take your music.”

Change can be a scary thing, especially when the initial path shows no sign of cracking, but sometimes things happen for a reason, and sometimes things just happen, but rather than be guided by necessity Renske believes fate and the music itself follow their uninhibited direction. To embrace this journey and allow it creative freedom is the cornerstone of Katatonia’s success.

“We never really sat down and said we need to change our sound,” he stressed. “It’s something that usually comes naturally. We’ve never been a band that makes a new album every year. It’s always two or three years between, maybe more, so in that type of timeframe you have time to reflect and try new things, and you become a better musician when you tour, stuff like that and that will probably inspire you subconsciously, and that’s why the music keeps changing. We’ve never planned it; it’s just a natural process of always looking for a better song, the next song. It’s about being curious and creative.”

Katatonia are currently touring on the back of their latest release, The Fall of Hearts, with Renkse gushing that even six months after its release the band are still delighted with the album.

“We very much love it still,” he enthused. “I mean, some of the songs we played for the first time midway through our last European tour because we hadn’t had the time to rehearse them completely. Going through these songs live it’s rewarding to see that they hold up and you like them still so I think for me the album is still perfect. I still love it as much as I did when it was mixed. I think it’s a great addition to the discography and it represents our sound perfectly for now.”

Despite having toured Australia several times before, Katatonia has only ever played support slots, so this current headlining tour is new and exciting territory for the band as well as their fans.

“I’m not sure,” Renkse answered when asked why this is their first headlining excursion. “I think we needed to go on a couple of support runs to be able to get our focus and see if there’s enough interest for us. It’s hard to say being completely on the other side of the world. Maybe Australia isn’t the first place you go and hope for the best (laughs) but it’s nice to finally come for a headlining performance.”

After twenty-five years in the industry, Katatonia have built a reputation based on their refusal to follow others and create and recreate genres within genres, which according to Renkse has been a major factor in their continued success.

“I think if I gave advice to someone starting a band today I would say that finding the identity of the band is probably the most important thing when you are starting out,” he offered. “I know when you start out as a musician and when you form a band the natural thing is to try and copy whatever you are listening to from your favourite bands which is fine; it‘s a good way of learning how to approach music, but I think it’s important after that to look more into yourself and try to find what you want to express with your music and your lyrics and give your music that personal stamp. I think that’s what people look for when they are looking for new music. They want to find music that speaks to them. The personal touch is very important.”
While having this as a starting point can help launch your career, staying relevant is another thing entirely and something that Renkse admits Katatonia are working on constantly.

“We’ve been around for twenty-five years now,” he explained, “which is a very long time. I think we’re maybe… it’s a little bit of what we talked about earlier in that personal expression in your music is vital. I think people expect that from us and that’s why we stay relevant with people. They know what to expect from us. They know when we do music it’s going to be from the heart, not some record label telling us what to do.”

Over the years Katatonia had had an unusually large number of musicians pass through the ranks, especially in the early years when they toured with session musicians, but Renkse and guitarist Anders Nystrom have been there since the beginning, a remarkable feat over a quarter of a century. While paying respect to the other current members, Renkse believes that this constant pairing has been of major importance to the band’s longevity.

“I wouldn’t want to continue the band if Anders left,” he said bluntly, “and I think it’s probably the same for him. It’s not saying that any other member is less important but it’s been mine and Anders creation and for us, it’s been impossible to leave it. Of course, we’ve had times when the band has not been as important as it used to be or we’ve had a bad day and said I don’t wanna do it anymore but we’ve always kept it going. Me and Anders have given our lives to Katatonia. It’s something we started as fifteen-year-old boys, and now twenty-five years later we’re sort of dependant on the band, so that’s what makes it special for the two of us. Other members have come and gone, and everyone has contributed in their unique way, so we are also grateful for that, but me and Anders are the engine of the band I guess.” 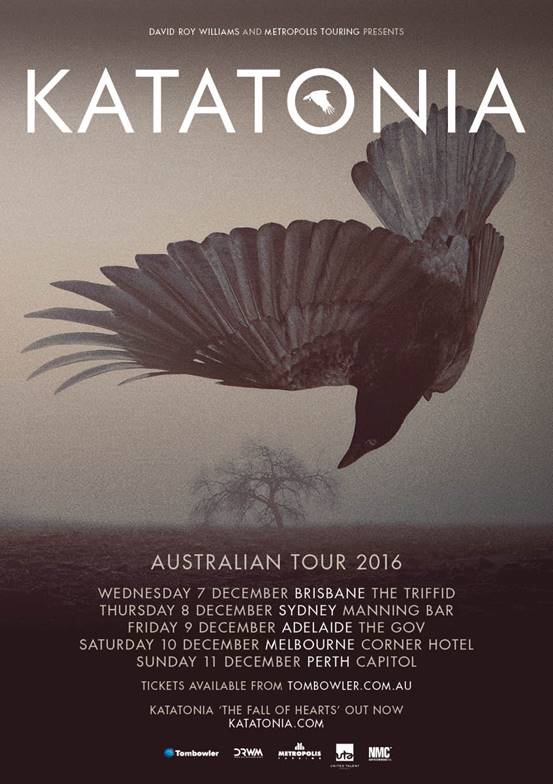 PrevPrevious.[PREMIERE] NUCLEUST Announce Final Shows For 2016 and New Film Clip
Next.[FEATURE] THE HEAVY LIST: Have Yourself a HEAVY Little XmasNext