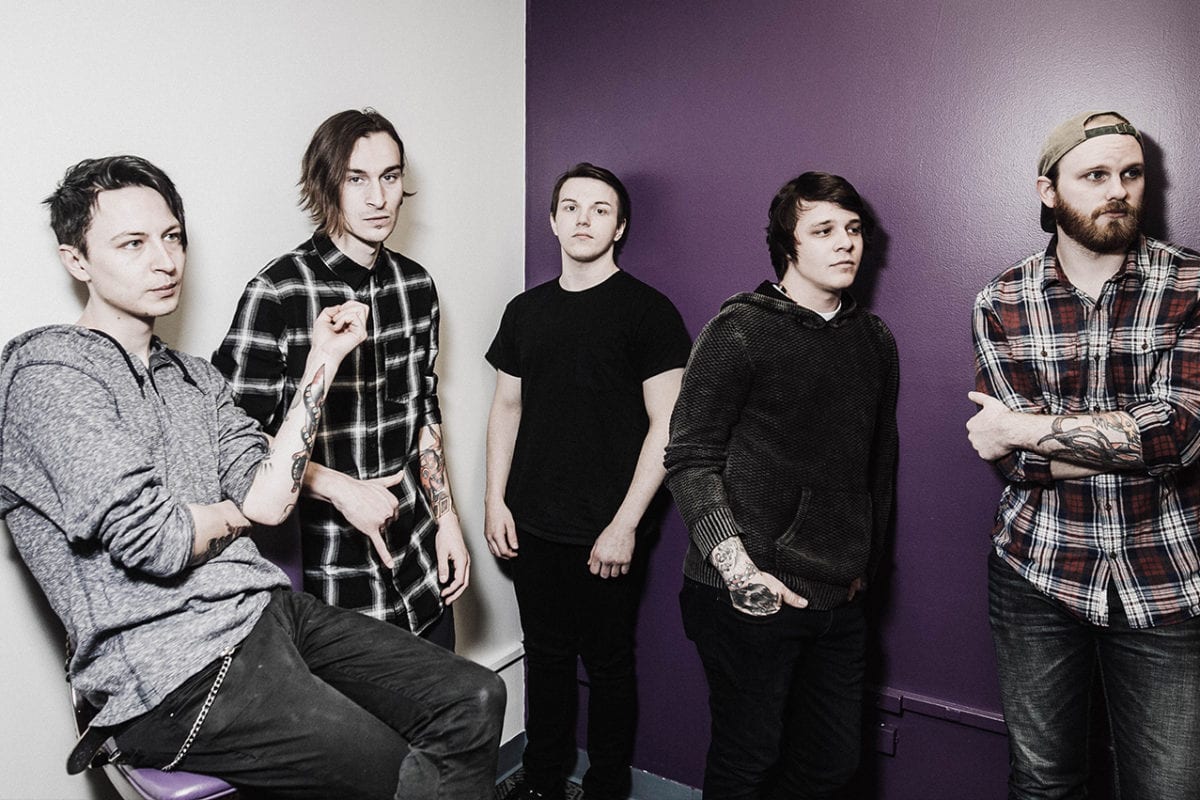 One of the bands on everybody lips at the moment is World War Me. The pop-punk band’s new self-titled album has everybody calling them the next ‘big thing.’ And while it may seem to the rest of the world that the band just came out of nowhere, they actually have been one of Chicago’s hardest working bands over the past few years. Heavy Mag caught up with World War Me vocalist Stephen Krypel to get all the dirt on the band.

When we start talking about this hot new album Stephen says “The recording process for this album was a long one. It was pretty much four-and-a-half-years of demoing non-stop. And then there was all the writing of the record with my producer Nick Matthews. The process was tough, I mean there were times when I didn’t sleep for four or five days straight. I would be up non-stop, I would be broke and I would have no food. I would be constantly working, but it was pretty much completed before the final recording process began. The real recording process for the album was just polishing it and making sure that everything was perfect. Lyrically I have been writing these songs since 2013, so it is a very good representation of all the things that have happened in my life throughout those years. I mean all the writing came from things that happened in my life, some were things that were terrible. I mean if there is something that is bugging me in my life I will sit down and lock myself in a room and write a song about it. I’ve always found the human psyche very interesting  – why we do things and why we react to certain things we do, what brought on those things that we react to, was it our fault? You know, stuff like that. And then there is how we can move on from that. So yeah it’s really exploring my own intricate personality, with no sleep and a bit of liquor, a lot of cigarettes and a lot of me being in a room alone for a long time.. just exploring that side of me. It has always been a form of therapy for me. I mean writing is hope so for me without i don’t know where I would be, probably in a real shitty place to be honest. I live and die by it. Music means everything to me. ”

I ask Stephen what was it like on the days when he had to go with no sleep and he says, “It was the worst, man. I remember that I would be awake in the studio and listening to my vocals being played back un-edited over and over again. And then I’d be listening to the same guitar riff over and over again and I’d feel like I was losing my mind a little bit. So yeah, dude, it was pretty crazy but it was also fun. It was an experience that I will never forget because it was the first full album that I have recorded and it was with friends, I mean Nick Matthews the producer is like my best friend. HE got to produce and to be able to work with someone that has been one of your best friends over the past five years is just so amazing.”

That leads me to ask Stephen what he feels that Nick brought to the album. “He really brought the band together,” explains Stephen. “He started the band and the whole project with me four-and-a-half years ago. He helped bring the first member in, who then brought the rest of the members in. He wrote with me most of the music, so a lot of what the album is there is a lot of Nick Matthews in it and there is a lot of his influence in it.”

When we start talking about the buzz that was surrounding World War Me in Chicago over the past few years Stephen tells me how the band actually came into being. “Nick called his buddy Johnny. Johnny had tattooed him at Warped Tour a year earlier and he played the guitar and was looking for a band. So Nick sent him a demo that we were working on and Johnny loved it so he was super excited to be a part of it and as soon as I met him for the first time I knew that I wanted him to be part of it because he was the most rock ‘n’ roll dude that you will ever meet. He is just so in-your-face rock ‘n’ roll and then he brought in our lead guitarist, our bassist and our drummer and we started playing. Then we started rehearsing four days a week for three hours for about a month, it was a lot of work but it was well worth it. The group of guys that we have together I couldn’t be happier with.”

So what is the Chicago scene really like? “It’s been hard,” he says. “The local scene in Chicago is very hard to get into because right now there is a lot of hardcore music being played in Chicago. So for bands like us it is pretty hard to break into that scene… not THAT scene but any scene. There were a lot of people who thought we were selling out and said that we were playing pop music, they just didn’t care they would be like ‘oh that stuff is just so lame, they are a bunch of pussies and blah blah blah. They are just lucky that they know somebody and got signed.’ But then after we played a few local shows we ended up getting the respect slowly but surely from the bands around us and the people in the scene. But yeah it is a hard scene to get into and a hard scene to get respect in but one you do it is very rewarding.”

As we talk more about the buzz that was surrounding World War Me I ask Stephen whether the band felt that the buzz added pressure to them to come up with something great for their first album. “Yeah definitely,” he says without a moment’s hesitation. “I mean I never want to release something that I don’t feel is completely perfect, anyway so that pressure has always been on me ever since I was 13. I’ve been writing songs ever since I was 13 and I have never wanted to write a song, put out a song or play a song that I felt wasn’t where I needed it to be so I gave myself that pressure from the get-go and I think the rest of the guys in the band grew up with that pressure that they gave themselves so I mean it is something that we are used to because we learnt to adapt to it at a young age.”

I mention to Stephen that since the album has surfaced people have been comparing World War Me to bands like Blink 182 and My Chemical Romance and he laughs.  “My Chemical Romance was my band when I was growing up,” he says. “They were my guys. I loved every song that they put out and I loved everything about them. I listened to a lot of Sum 41 – they were huge for me as a kid. I loved their in-your-face vocals and it was all just very ‘f**k you this is what it is, it’s in your face and that’s that’. I loved that and I listened to Blink 182 and then in other genres I listened to a lot of rap so Eminem was big for me, this freestyle rapper Cassidy who is one of the best lyricists I have ever heard in my life was big for me – 2Pac was huge for me as a kid. Any form of poetry that I really respect I always want to follow.”

Despite his love for rap though Stephen says there was never a chance that World War Me would have sounded like an early Linkin Park “If I ever got that bug to do rap I would do it on a totally different project,” he says. “I like to flirt with a lot of different genres so I would never sacrifice World War Me for one of my own little passions. I would do it on my own as a whole another thing. And I am not counting that out, I would love to do that and I have thought about doing it in general.”

World War Me is out now.