Are THE CONTORTIONIST Clairvoyant? 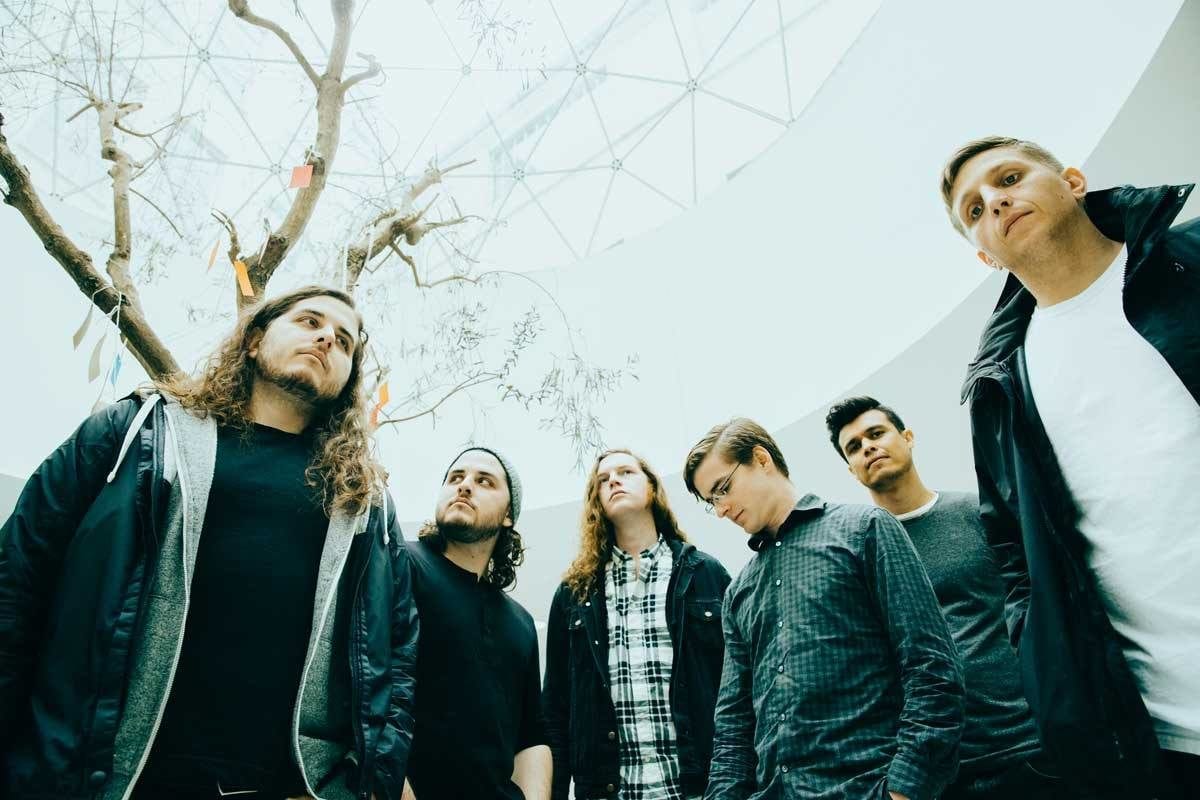 “We experimented with a whole list of different arrangements for that track mainly,” explained Eric Guenther, vocalist for The Contortionist about the decision to have an instrumental as the opening track on their upcoming album, The Clairvoyant, which is released on September 15. “It started as a collection of different ideas, and we weren’t sure how we were going to finish the song. Then we tried splitting it into two songs; I guess the reason that we started the album with it is that texturally or dynamically it is very odd and strange in comparison to the rest of the record. I thought it was a cool way to check if people were paying attention in a way (laughs). Because it is kind of an odd part but sort of fits in with some of the ideas in the concept.”

That’s not to say that The Clairvoyant is necessarily conceptually based.”It’s nothing as specific as a storyline,” Guenther retracted. “With a certain amount of interpretation, you could glean or pull a story from it. However, I guess it’s not entirely devoid of the concept either but because there’s a lot of musical things that sneak their way in there once in a while and some of the lyrical themes as well apply to a longer story, but it is still pretty ambiguous. I don’t think that anyone wanted to have a distinctly classic style concept album. We like leaving things a little more loose than that.”

“It’s nothing as specific as a storyline,” Guenther retracted. “With a certain amount of interpretation, you could glean or pull a story from it. However, I guess it’s not entirely devoid of the concept either, but because there’s a lot of musical things that sneak their way in there once in a while, and some of the lyrical themes as well apply to a longer story, it is still pretty ambiguous. I don’t think that anyone wanted to have a distinctly classic style concept album. We like leaving things a little more loose than that.”Guenther says the band are excited about the imminent release of the album and even admits to still having a love for the music after being subject to repeat listening through the process.

Guenther says the band are excited about the imminent release of the album and even admits to still having a love for the music after being subject to repeat listening through the process.

“I feel great about it!” he enthused. “I have been trying to listen to it as little as possible over the last few months just to get a fresh outlook on it but every time I go back to it lately I’m not ready to throw it in and that’s a good sign. I guess with our albums collectively as a band we always make it a goal to grow a little bit and try some new things and experiment. Whether that be song structure or tones or dynamics and things like that, so I guess that’s what we wanted to accomplish. We got into some weird sounds with the idea being that we hopefully get better at writing to our strengths as players and writing towards what we all can bring to the table. I think we got all of that covered this time so I’m pretty happy with the result.”

In what is becoming a feature of the artwork with albums from The Contortionist, The Clairvoyant again features circular shaped objects, this time in the form of sticks and foliage.

“It is a constructed photograph that our artist arranged from trees and leaves,” Guenther answered. “We wanted something… if you look at our three album covers, there’s always some circular theme to it. Whether it is Exoplanet or on Language, they both had like a circular, celestial body. We are gonna stick with that for whatever reason and try to find something more organic and with a little less Science Fiction. Also, I would say that the mood of this record shows some different things that we haven’t normally touched on in the past. It is a little more varied sometimes with some of the moods and tones that are going on with the album, so I think the black and white kind of suits it more.”

After Jonathan Carpenter left the band in 2013, Mike Lessard stepped in on vocals, and with Language under his belt, Guenther says Lessard has more than coming into his own with his second outing as the singer.

“He’s doing good, man,” Guenther maintained. “Mike’s a great singer, and like I was saying earlier with writing to our strengths we’ve kind of – at least over the last couple of years of doing shows over the whole Language cycle – we’ve learnt a lot about each other and how best to write for each other and how to best combine all our strengths. Mike has fit in nicely, man. He’s part of the band. He has a much more dynamic approach and can sing. It’s almost like we already had the technical metal style. We already had that in our toolbag but the band is excited to make that progress and try new things, and Mike is part of that because he’s the lead singer.”

Transitioning in a new vocalist after fans have already become accustomed to the original singer can be difficult. Most members of a band can be seamlessly changed, but the front man is always the most difficult to introduce to an established fanbase.

“That situation was very lucky for us,” Guenther offered, “because Mike has been touring and toured with us with his old band so he fit in straight away and it went from there. I would say the band was lucky in that sense that we had a friend who was capable and able to jump right in. Because of that, we didn’t suffer too much with the changeover.”

Aside from the change of singer, Guenther says that as a band The Contortionist have made steady inroads with their sound over the course of their career.

“We have changed quite a bit,” he assessed. “There wasn’t a lot of actual singing on Exoplanet, there were a couple of parts, but on the new album, there is almost a whole record without any of the screaming. I think there some were going the background but not much, so that’s the most noticeable change. Other than that we’ve been more; I don’t wanna say classic prog rock, but it has a bit more texture and tonal and technical components. Even though it stays pretty technical if you get stuck in we do the same thrashy stuff with chops that we were doing in 2010.”

In a world becoming increasingly difficult to stay at the forefront of your craft, Guenther says The Contortionist give themselves every possible opportunity by keeping up with the marketplace and trying to come up with fresh and new ideas from that.

“We all like a lot of music,” he professed. “A lot of times we’ll be sending new music back and forth the entire time that we’re off tour and saying do you hear how this band does this? And we store the ideas for the future. I think as a musician and artist so much of your decision-making process becomes arbitrary. You’re saying it should be this way, and that’s the way it sounds to me so let’s go with it, and I think keeping up to date with new music; not necessarily music but constantly digesting fresh music is a good way to keep us ahead of the game and showing ideas collectively for next time we make music. We listen to all kinds of weird stuff like R&B and stuff like that. There’s a lot of great classic R & B radio stations in Atlanta that I’m lucky to have. It’s not relevant to our genre, but it’s interesting to us because it is something different. There are one or two things we can learn from it.”