Before they’ve even finished their current run of Australian shows, including a headline slot at last weekend’s Splendour In The Grass Festival, British rockers Royal Blood announced they’ll be back next year for an even bigger tour that will include New Zealand. No doubt that’s down to them duo being so popular with Australian listeners and for drummer Ben Thatcher, their popularity has him sitting humbly.

“You guys are just such a lucky people I think, to be able to have us so much,” he teases. “Nah, we’re really looking forward to it – we love this country and we love the support we’ve got from you guys so I think it’s gonna be a fun little run.” 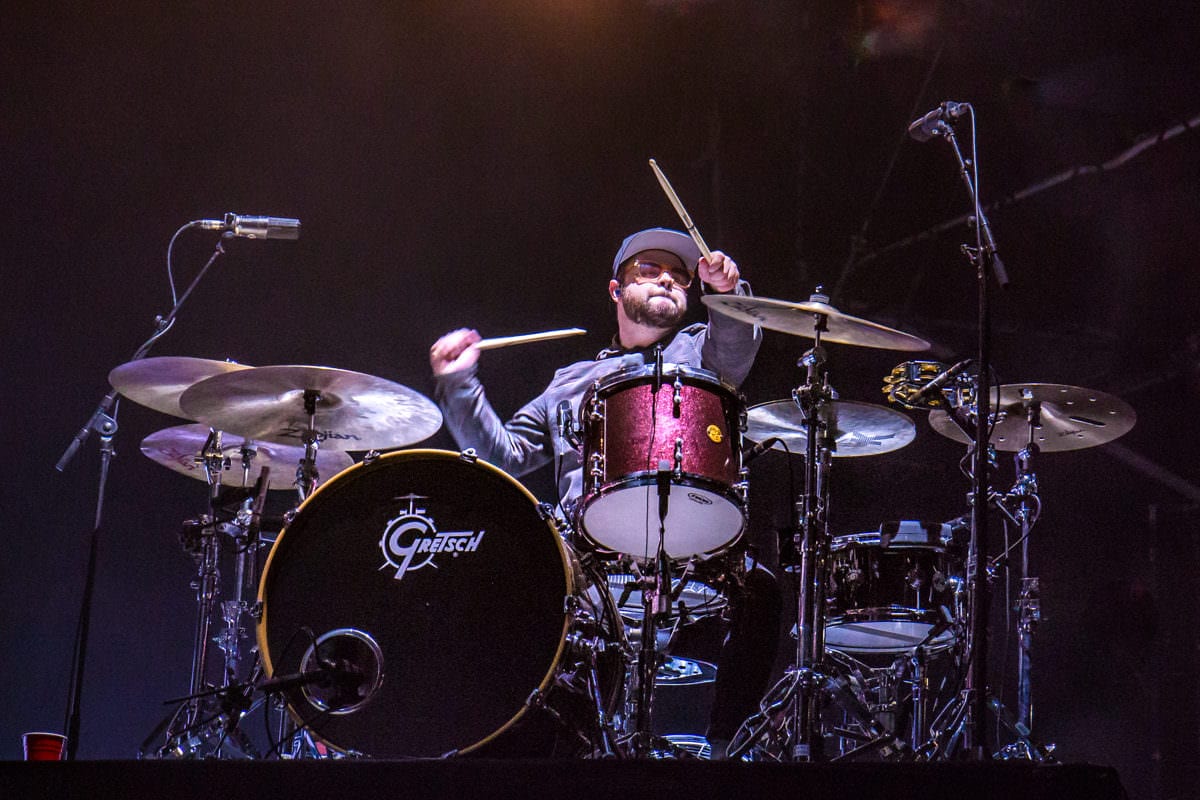 Next year’s huge arena tour will be Royal Blood’s third visit here in as many years. “We get treated really well over here,” says Thatcher, “We get great support from the fans and a lovely demand which is why we’ll be back in April and early May, do some more shows.”

Royal Blood have released two albums since their formation in 2013, their self-titled debut and this year’s How Did We Get So Dark? and have consistently sold out shows all over the world – but when Thatcher and bandmate Mike Kerr first came together, they never anticipated this level of popularity and being in the position they are now. “We didn’t ever think we’d get the money back from our first demos so to come this far and to have these experiences is like nothing we could have ever thought.”

Fame, it seems, hasn’t gotten to Thatcher’s head and any grandeurs of rock stardom are still a surreal, and somewhat comical, idea. “I never feel like a rock star,” he says, nonchalant, “I know myself really well – I know I went to bed at nine o’clock last night and, you know, had an orange juice in the morning. I think a rock star would drink champagne all the time, and beer, and Jack Daniel’s, which I don’t do.” Of course, Thatcher says all this with a beer in his hand, only further accentuating the playful side of his character.

All teasing aside, it is great to hear that Royal Blood remains all about the music – Thatcher has been recorded as having said that the studio albums are merely placeholders for the band’s live shows. Indeed, he and Kerr have an impeccable chemistry and are incredibly locked into each other when they perform. “I think being in the studio you have the time and thought to create something and listen back to it and improve on it,” Thatcher says, “With a live show, you go out and it’s a performance and that moment’s gone – you never hear that mistake or that change of sound ever again. So every show is very different, where the album is consistent and something we’re really proud of. 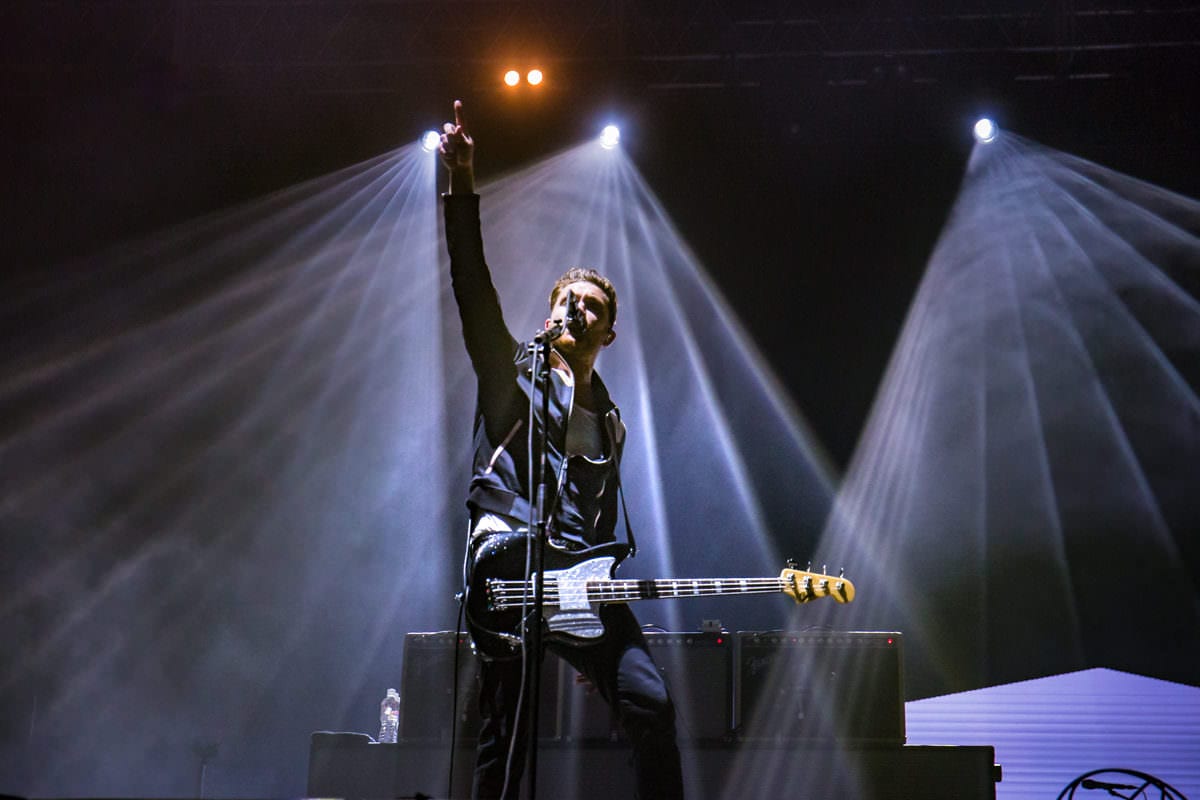 “But there’s no such thing as being perfect – the album has a thing we obviously love in it and has captured a time and moment, but I dunno, playing live is something we thrive on and has a whole new energy to it. Songs go faster, they go slower, they’re unpredictable and you never know what each other’s going to do. It’s just the chemistry between Mike and me that makes that happen. It’s telepathic.”

That imperfect translation of sound from studio to live stage is all built around Kerr’s manipulation of his bass guitar to sound like an entire band – despite it being a really well-received concept the duo have never found they have to anticipate performance issues differently those that a five-piece band might encounter. “Once we established that sound,” begins Thatcher, “It was the same in the studio as it is live. It’s also what we base the band on, based on writing music together and having fun. It’s only that that has got us this far.”

It’s also what we base the band on, based on writing music together and having fun. It’s only that that has got us this far.”

The beauty of a live performance from Royal Blood, the power and energy that a studio recording doesn’t capture, is undoubtedly an electric versatility they don’t have to adhere to in the studio. “Every show is different for us and some of the mistakes become part of the show,” says Thatcher, “It’s an involving thing.” 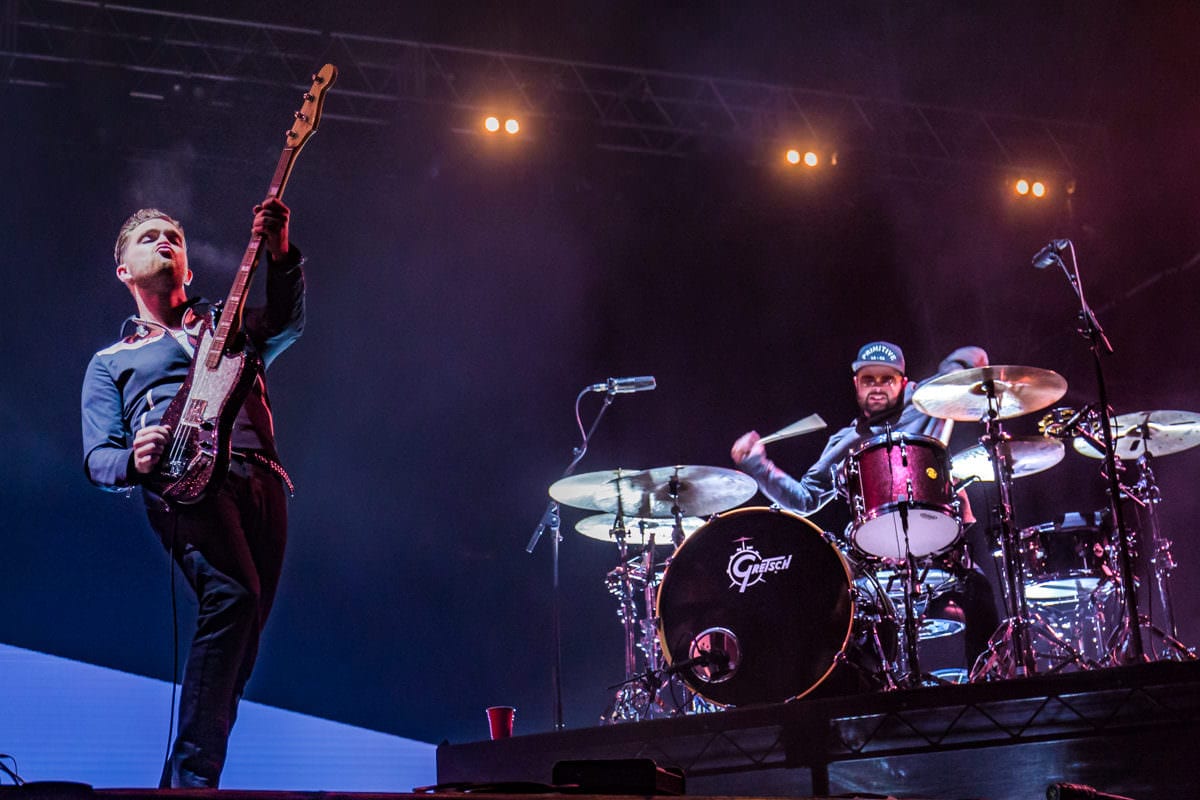 “Things happen every day that we’re reminded of. I think we’ve got such a great team around us and we’re solidly touring together that this has become a family – things happen in your family and thing go wrong, but I can say it’s just so much fun being with everybody – people think we’re crazy because of the in-jokes going on.”

Evidently, tour life suits Royal Blood – but despite the fun and antics along the journey, Thatcher is careful to count his blessings and reaffirms his passion for his music outweighs any negative shortcomings. “I think you have to be careful with what you complain about because we’re living this dream job! We get to tour the world and play our music to a lot of people and so for the bits we don’t like so much we’re like, ‘how can we complain about that?’

“For instance, we were travelling for 40 hours to get here, which is not the most exciting journey ever, but why am I complaining about that? I get to be here in Australia and play to people and meet new, great people – you can’t complain about it! But on that 40-hour journey, you go crazy. You hallucinate.”

Moving at such a rapid pace and so admired by their peers and fans, one can only wonder what’s next for Royal Blood. “We really enjoy what we do so it’s easy for us – we love touring and can’t wait to be on tour with Queens Of The Stone Age, then after that, we have our own arena tour where we get to watch At The Drive In play with us… and then it’s Christmas,” Thatcher says with a boyish grin, “I love Christmas!

“And then, back to Australia after that!” There’s plans all over for Royal Blood – though the album has just come out, they just don’t quit. “It is constant,” Thatcher says, “I don’t fully know myself where I’ll be at the beginning of next year but [after Christmas] it’ll be back to work, playing the game.”