A Chat with RIVER OAKS 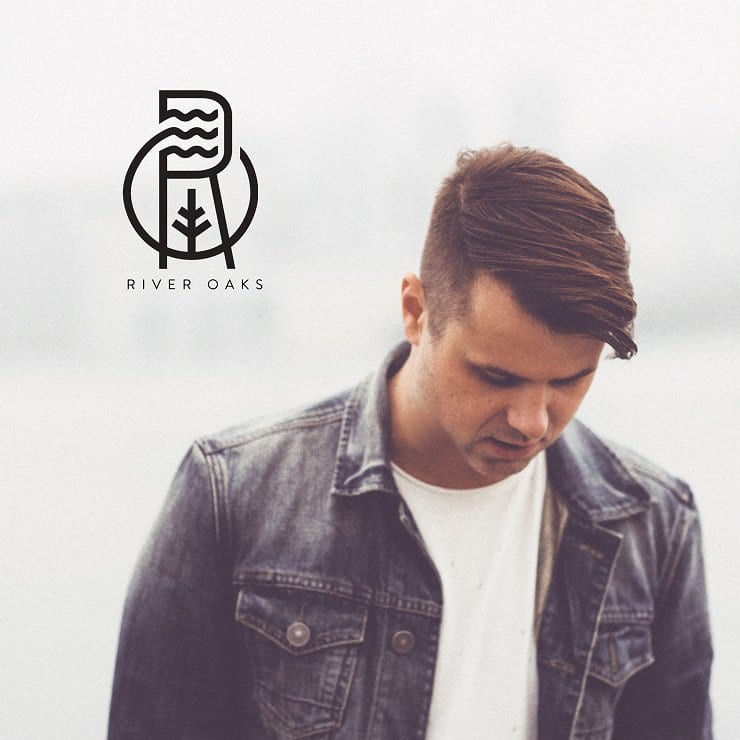 It is always great when you are doing an interview with a musician, and you can hear the passion in their voice. That is certainly the case when I catch up with Shane Told – the frontman of Canadian outfit, Silverstein. However, it’s not the band that Shane is here to talk to me about. No, around twelve months ago, Shane released an EP under the moniker of River Oaks and now he is about to bring that River Oaks show to Australia in support of Hawthorne Heights on their tour.

“Most people know me as a singer,” says Shane when I ask him how River Oaks started. “The guy who runs around the stage, singing and screaming his guts out with Silverstein, but as a musician, that is not how I started at all. I started as a guitar player, that was my first love. I picked up a guitar when I was about ten or eleven years old, and you know, that was my passion. Over the years, I transitioned into being a singer because none of my friends could do it – none of them could hold a tune. So here I was becoming a singer, and before I knew it, I had been in Silverstein for a decade and I was starting to get to the point where I was missing playing guitar, so I decided to do something on my own, write some songs and see if I could do it, and I ended up doing a three track EP. You know it is a scary thing doing music on your own. I did everything myself – I wrote the music, I sang, I played all the instruments. People really latched onto it and really enjoyed it and here I am.”

That leads me to ask what kind of music was a ten-year-old Shane Told playing. “Oh, it was Metallica,” he says with a laugh. “My sister is seven years older than me, and she was always in her room listening to this cool, heavy music, and I wasn’t allowed in there. So when she would go out with her friends, I would sneak in there and play songs on her stereo, and it was the Metallica Black album: that was the album that really spoke to me the most. I heard those riffs, and I was like, ‘I need to do those. I need to be able to do this. I need to be able to play this music.’ From there, I learnt how a guitar worked, and I learnt the different chords and stuff, and then I opened up my mind to different kinds of music, not just metal. Then I got into the grunge era, Nirvana, and bands like that and then I discovered punk rock when I was twelve or thirteen and then when I heard punk rock that was it for me.”

So was there one moment that Shane decided to step back from Silverstein for a moment and do River Oaks or was it something that had been building up for a while? “It had been building up for awhile I think,” he says. “I remember being, and I haven’t really talked about this before, but I remember being a kid in my bedroom just playing guitar and singing songs and having a fantasy of doing that in front of people. Whether that be that I was going to play at my school or if I was going to play at a coffee house, I kind of had this fantasy of doing that, and I would pretend that I was playing to people when I was just in my room as a kid and I never did it. I never did it, I joined bands, and I did shows with bands, but every time I was on stage, it was in a band, singing. So, after awhile I just decided that this is something that I have always wanted to do as far as I can remember, so why aren’t I doing it? It wasn’t about stepping away from Silverstein, shit, I just got off working seven weeks with the guys, so it doesn’t impact Silverstein we are still working as hard as we ever have but it is something in addition to Silverstein that I do enjoy doing and it is a nice break from running around and screaming at people, jumping in the f**king air, and moshing and all that stuff. It’s kind of the other side of my personality – the calm side – the mellow side.”

As we talk about the differences between River Oaks and Silverstein, Shane tells me the name River Oaks came from. “It was the community that I grew up in,” he explains. “I’m actually there right now – Oakfield, Ontario. There’s no sign for it when you enter, it’s a subdivision, and it’s kind of where I grew up. All aspects of my upbringing are here. From being a little kid, the back ravine that I am looking out over right now, I’m at my parent’s house, is where I used to build tree forts with my friends and is where I kissed a girl for the first time and then when I got into punk rock I started going to shows up the street at the River Oaks Rec Centre. It was kind of the one defining thing of my childhood that I could think of, it spoke to me, so I thought it was a good name, for something that was personal because I wanted it to be something that meant a lot to me and I thought that was a great thing because it kind of explained where it all started and where I turned from being a boy into a man. I think when I sit down in my apartment and start strumming my guitar to write I think a lot of it does pull back or stem from my upbringing and all of those things that I mentioned. I think it is inspiring and you know I think that is who I am. They always say: ‘don’t forget where you come from’, and I think you achieve a certain level and people move to New York or L.A. or Sydney or wherever. I moved to Toronto, but this to me is about not forgetting my roots and not forgetting why I am here or who I am and that is important because that is what makes me me.”

When it comes down to why Shane is touring with Hawthorne Heights, he says it comes down to them being friends. “It’s pretty well documented that I have been friends with the Hawthorne Heights guys for a very long time,” he says. “Silverstein took them on their first ever tour before their first album even came out, and we’ve been friends ever since. I’ve done some solo stuff with River Oaks in America, and J.T. was opening up for me, he was playing solo, and I was playing solo, and this opportunity came up and he said, ‘I really like what you do, and we’d love to have that as part of the Hawthorne Heights tour in Australia’, and I said: ‘F** yeah, I’d like to do that, let’s book some flights’ so here we are. I’m coming over and with what people can expect from the show I think people will hear a lot of the Silverstein classics that they know, they’ll hear some rare Silverstein songs that Silverstein doesn’t really get to play live and of course there will be some of my solo stuff from River Oaks and maybe a cover or two. I’ll be up there busting it out and pouring my heart into the show, and I think a lot of people really like the acoustic side of Silverstein, so I think it is a great opportunity for people to come along and check that out. I think when it is just me up there with a guitar I can do a lot more improvising. When you are up there with a full band – five guys – you have a set list ready, and you pretty much know how it is going to shake out. You can’t really change much on the fly because the other guys might not be ready or they might not know what you are going to do, but when it is just you, it’s like who knows what I’m going to do. If somebody yells out a song and I know it then okay I’ll spend the next three minutes playing that or I’ll give them an excerpt of that song or whatever. I can do that when it’s just me but not with a full band. I mean, I remember when I was in San Diego on my last tour somebody threw up Metallica, and I ended up doing a five-minute acoustic Metallica medley, completely off the cuff. That is the kind of shit that people can expect when they see me, and I think that keeps it exciting and I think that gives people a reason to go because they never really know what they are going to see. I’m not saying Silverstein don’t put on a great show because we do, but this is a different kind of show. With Silverstein, it’s calculated and rehearsed, but with me, I can get up there and do anything and you never really know what I’m going to play. For me that it is really exciting.”

River Oaks is touring alongside Hawthorne Heights in August/September.