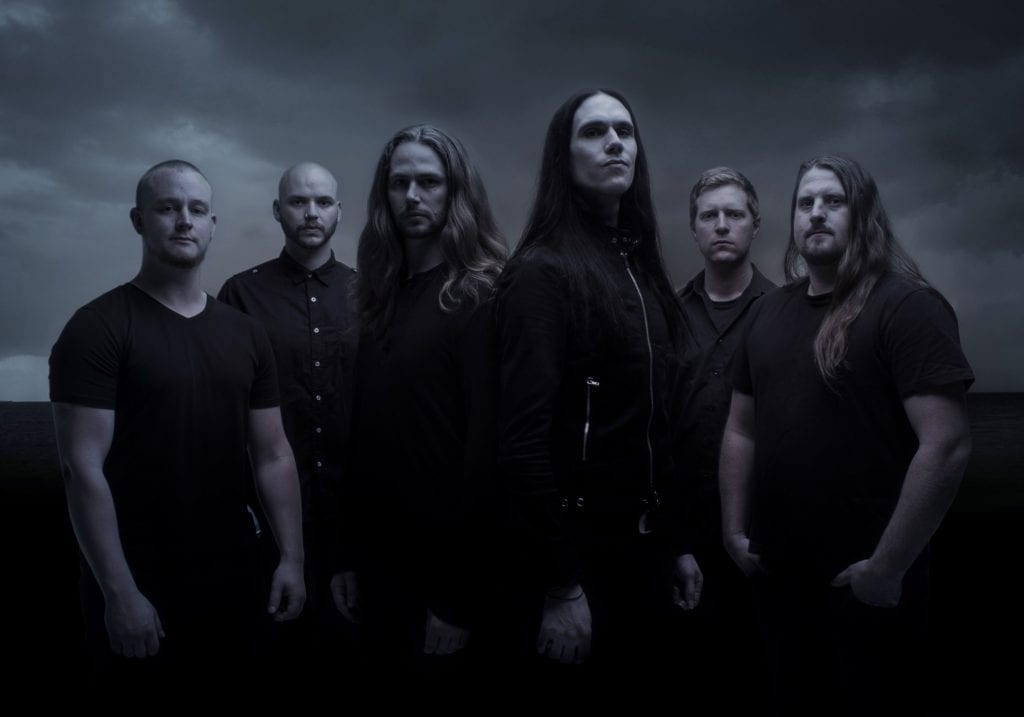 Australian metal act Ne Obliviscaris are trailblazers in every sense of the word. Not only in terms of their neo-classical violin-enhanced extreme metal, but with how they run their band. The band work their arses off and their songwriting, musicianship and presentation are all truly world class. They certainly deserve to be constantly writing, recording and touring and making their living from their art.

However, being from one of the most isolated nations on the planet makes it extremely difficult to get to that point. Where a band may be generating enough income to sustain itself and pay six members a wage, touring expenses will cost tens of thousands of dollars with each trip to Europe, America and beyond. So instead of playing the starving artist and whining, they decided to bite the bullet and do something unorthodox.

While many bands are utilising crowdfunding campaigns to fund recordings, tours, videos and other endeavours, NeObliviscaris decided to take that concept and push it several steps further. They set up a ‘Patreon’ campaign, where their supportive fans would act as ‘patrons’ and fund their activities on an ongoing basis. According to violinist and clean vocalist Tim Charles, speaking from their tour in Rome, it has been a very steep learning curve.

“We’re basically trying to learn and adjust it all as we go,” he explains. “We don’t really have any bands to copy, because no one else is really doing this. It has definitely been a challenge, but it has really transformed the finances of the band, where we’ve gone from. For the first 12 years in this band, nobody got paid for playing and performing in this band.”

“But in the last seven months, we all get a part-time wage now. We all have that dream of being able to do this full-time, and we have our fans to thank for that.”

The band has been touring internationally almost constantly since their last album Citadel from two years ago. This would not have been possible without the support of the Patreon campaign. “Everything’s been a huge success on our end,” he announces. “It’s been basically instrumental in our ability to do these tours. The only reason we had the money to go back and do our North American headline tour was because of the Patreon. Otherwise, we wouldn’t have been able to do both that and this current European tour.”

“Plus, we originally had the offer for a month with Enslaved, and then we also had the offer for the Euroblast Festival which was a couple of weeks earlier, and then our agent wanted us to try and do some headline shows, and the only reason we could extend it to the seven week tour, once again, is because of the amazing support we’re getting from our fans through Patreon.”

In spending so much time overseas, it’s always good to touch base with fans at home. This is exactly what the band is doing in late November and into December on their aptly titled The World Their Canvas tour. The tour has an added bonus in that it also features Germany’s mighty post/prog metal legends The Ocean, and Charles cannot wait for it to start.

“We’re really excited about the Australian tour,” he enthuses. “We don’t get a chance to play back home very often any more, it’s really usually only about once a year. So it’s definitely not something that happens all the time. But we’re excited for this one for a few reasons.”

“One, we haven’t been home in about a year to do any shows. I’m really excited that we have The Ocean coming all the way from Germany to join us, because they’re a band that I absolutely love. It’s really fantastic that we’re getting a chance to do some shows with them.”

There is another very exciting reason why Charles is so hyped about this tour. “It’s also going to be a chance for us to debut some new material that we’ve been working on lately. We thought we’d give our home country fans the first chance in the world to hear some of the stuff that will be on our third album.”

Speaking of which, the band’s rabid fanbase worldwide does not have too much longer to wait before their third opus his the shelves, the radio airwaves and cyberspace.

“It should be out some time next year,” he reveals. “I think, in a perfect world, it’ll be out some time in the third quarter of 2017. We’re aiming to record in the first few months of 2017. It just depends on how it all goes, we’ve got heaps of ideas, four or five songs in the works and a heap of stuff has already been done.

“But we’re making good progress and we’re definitely on track to have it out next year.”