Playing in three consecutive bands in one night is a Herculean feat in itself, but when you attempt it at age fifty in bands as brutally heavy as LockUp, Brujeria and Napalm Death, it is almost musical suicide. Such is the task facing bass player Shane Embury who is attempting to do just that on the November Campaign for Musical Destruction tour, also featuring Australia’s own Black Rheno. 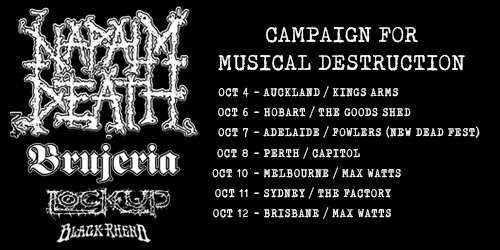 “I dunno,” Embury laughed when asked why he would put himself through it. “Is it a midlife crisis? It’s just one of things where at festivals over the years, I have kind of done it before. A couple of times on the same night, but I dunno why (laughs). I keep busy a lot and it just really happened that way. In Europe, we did it with Brujeria and Napalm, and then LockUp’s new album came out, and I talked to Barney (Mark Greenway, Napalm Death’s singer) to ask if it would be cool if they come on tour and it was just a case of necessity in some respects. Sometimes you just have to go for it and make it work. Especially when you do other projects or whatever, if you aren’t prepared to play live, it’s a bit demoralizing for the record company or people that are into you, so I think, ‘Why not really?’ I managed to get through three weeks of it, so seven days should be okay.” 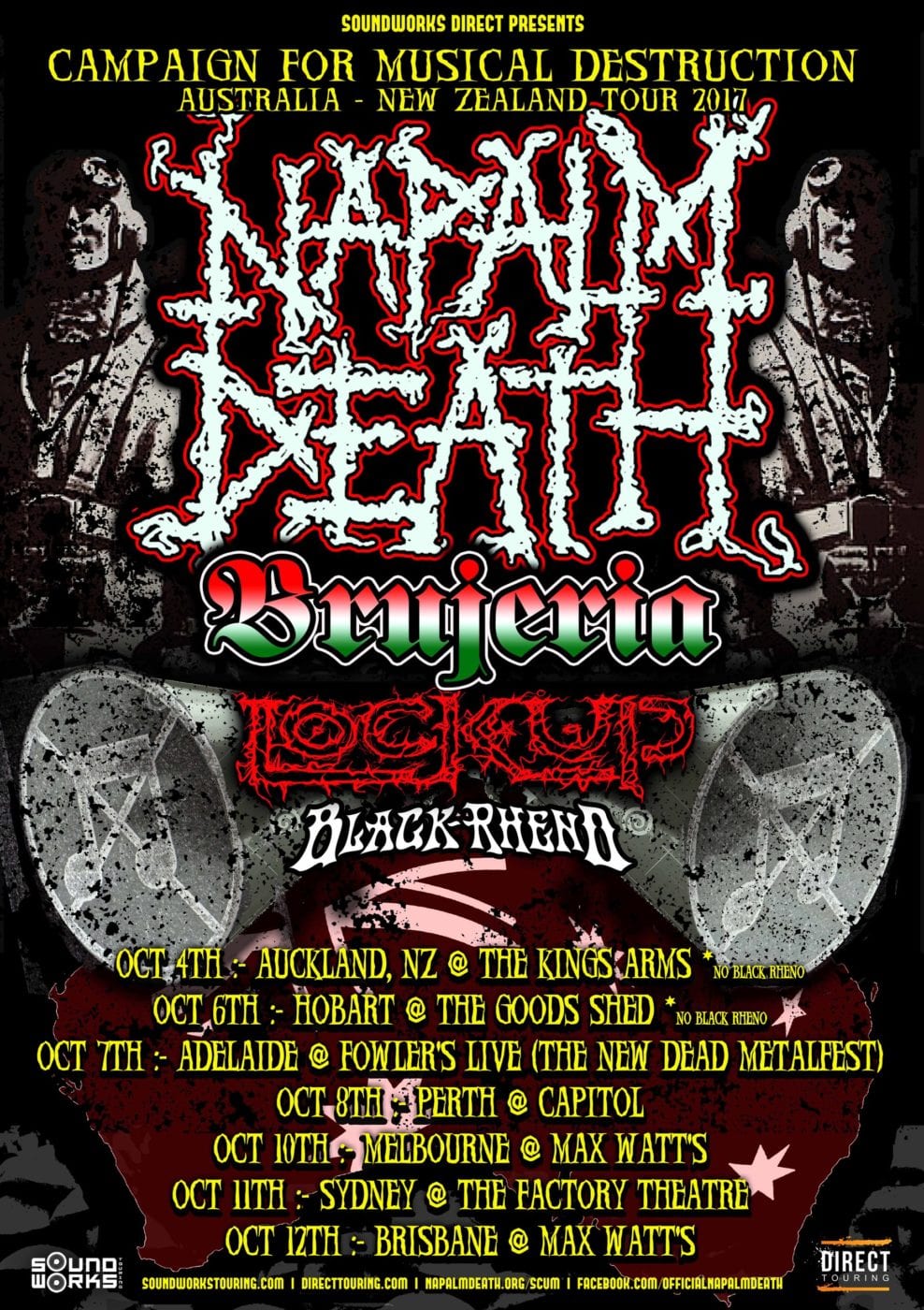