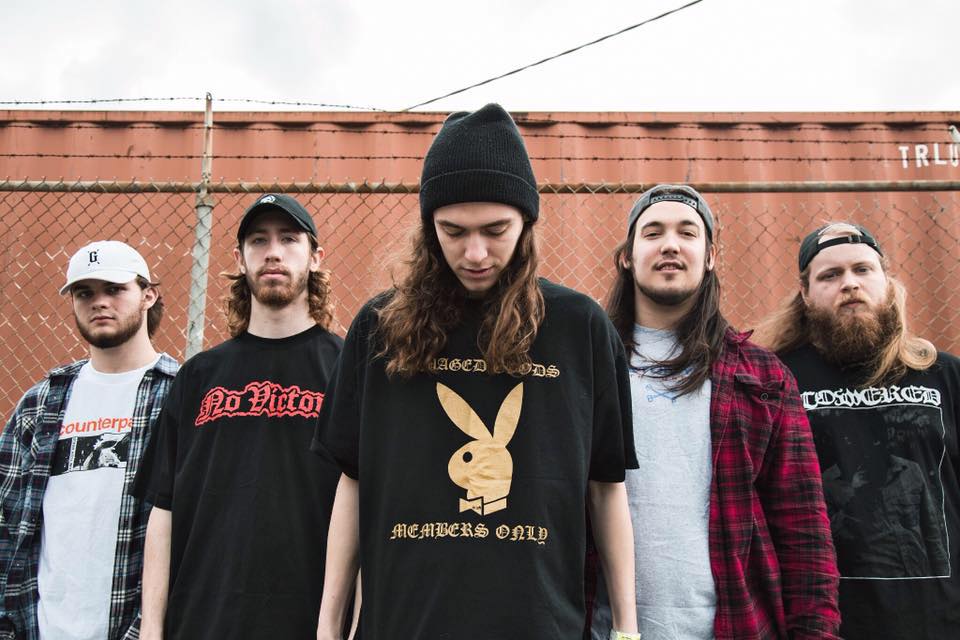 For an American band of only three years, Knocked Loose have remarkably already established an enormous presence here in Australia. The release of their debut album Laugh Tracks in September has launched the band into a string of tours not only across the US, but also across Europe and Australia for the first time. We spoke to frontman Bryan Garris ahead of their eagerly anticipated first venture over here in January.

“I never thought that going to Australia was something that was an option for us to do,” remarked Garris. “It’s insane. That’s the best way to describe it. It’s crazy to tell our friends we don’t have another US tour until next year, because our next two tours are abroad. It’s something I never thought would happen.”

Currently wrapping up their US tour with Stick To Your Guns, as well as Stray From The Path and Expire, both of which Knocked Loose knew prior, Garris was full of praise for each band.

“Right off the bat, they were super cool, they were super fun to hang out with. The tour had an amazing vibe.” When asked about the shows themselves, Garris commented that “they were the biggest shows we had ever played.” It’s obvious that things for the band are accelerating at an unprecedented pace.

Moving on, we spoke of the personal significance of Knocked Loose for Garris and his ethos for writing music.

“I’m a person that believes in constantly doing something that you want to be better at.” – Bryan Garris

“I try to take advantage of this opportunity to get things off my chest that I wouldn’t normally be able to discuss. I try to write all my lyrics very time-and-place.”

“Pop Culture was written in a very detrimental time period of my life, I was fresh out of high school, I was going through all the changes a person thinks that they go through when they leave high school: losing friends, feeling like you’re in the real world and like you have to make big moves or else you’re gonna be screwed for the rest of your life.”

“Laugh Tracks was very much a growth in my writing to where I was able to find words to speak on subjects that I wasn’t able to speak on with Pop Culture.”

“I’m a person that believes in constantly doing something that you want to be better at. I’m always writing, whether I keep it or use it or not, I’m always trying to write to keep my brain going. I’ve started to jot down things that maybe I’ll expand on with the next record, whenever that time comes. I try to just let things come to me; I don’t like to plan them when it comes to writing. I have no idea where I’m going to go with it, but I’m excited to see where it ends up.”

The band’s formation was another point of interest. Forming in 2013 in Kentucky, three years has proved to be plenty of time for Knocked Loose to establish themselves in the global hardcore community, and I learned that multiple early line-up changes, experimentation with different musical styles, and opportunities for early tours shaped the band’s early days.

“Our bass player, Kevin, I’ve known basically my whole life. I was in an older band that broke up, so Kevin wanted to start something with me. He knew Isaac, our guitarist, who’s a lot younger than us and was 13 when we started playing with him. We had a different drummer at the time.”

“We got our first tour offer before we ever had an EP out, but we really wanted to take this tour so [after another change in drummers] we wrote Pop Culture in a very short amount of time and just made it crazy heavy. That was really the only goal, to be as heavy as it can be without it being corny or cheesy. Then Pop Culture got way bigger than it was ever supposed to.”

In terms of the future for Knocked Loose, Garris is optimistic.

“We’re a band that always stays busy, and we’re trying to figure out what makes the most sense in terms of allowing ourselves to be as busy as we can be without over-saturating. We’ve started talking about writing again, still very early in that process, we just know that it’s coming, so we’ll probably start writing again. Until then we’re just going to be doing the same things we normally do, touring and trying to get our name out there.”

Do yourself a favour: grab tix to see Knocked Loose, Relentless and Reactions supporting Stick To Your Guns this January here!