Being successful as a solo artist in Australia’s musical climate in an astounding feat, yet one that DIY artist Rohan Stevenson, otherwise known as I Built The Sky, has pulled off precisely. Even more impressive is that his instrumental prog project has gained global attention, especially riding on the heels of his last studio album, The Sky Is Not The Limit.

When asked what is the limit if it’s not the sky, Stevenson responds as his typical optimist self. “Your own imagination is the limit”, he explains. “If you wanna write a heavy song you can do it…you just gotta believe in yourself”.

Believing in yourself is one thing, but the feedback that Stevenson has been getting from adoring fans and colleagues alike has also driven him forward. He describes himself as “overwhelmed with the response from people and from the wider music community”. “I’ve had some incredible doors open up to me”, he adds, “and even been offered record deals, which has always been one of those moments you think would never happen”.

Interestingly, Stevenson has been content with independent control despite widespread interest in what he’s doing. It’s not like the question of adding other band members hasn’t come up, but there is something beautiful about the fact that he’s made it all on his own.

“Right now I enjoy doing everything myself for a few reasons”, he notes. “I really like the challenge of trying to make something that I can feel satisfied with, knowing that it has all come together totally DIY is a great buzz”. While he admits working with others can be “incredible”, he adds that it can also be draining. “The challenge of creating something that you’re proud of, enough to share with other people is just the most rewarding feeling I can think of”.

Having said that, it isn’t that he discredits the experience of being in a band. “My DIY mentality has developed because I have had my fair share of the ‘democratic band experience’”, he argues, but claims that it’s how he “learned and developed a musician”. And then there’s logistics.

“The other reason is that it’s just easier and more convenient that way. I feel like I can make steady progress in making music because there’s no one else to rely on during the process. If something doesn’t get done, it’s ‘cause of me…that really motivates me”.

Despite the fanbase that he’s garnered, Stevenson also spent a long period of time not playing shows as consistently as you would expect. That’s a benefit of what he’s doing now which he isn’t taking for granted.

“Being able to play live on a consistent basis has been a refreshing endeavour for me personally. I’ve been cooped up in a studio writing and recording for a few years now only playing a handful of shows which are usually one-offs, so I’m definitely feeling like the live lineup and myself are really started to hone in on our show and have more fun performing than stressing out trying to get it together”.

Obviously, when artists like Stevenson are appreciated, it shows that the Australian scene is doing something right. That’s an opinion that he agrees with, and it’s nice to hear an artist taking some notice of the great work being done around them.

“When I hear about my friends doing great things in their bands”, Stevenson states, is one of the major things that he gets excited about. “Like Twelve Foot Ninja, for example. I’ve seen them grow and grow to ridiculous heights and when I’m driving home and a TFN song comes on the radio, I crank it up and just sing along to it”. He’s also psyched about that Grinspoon revival.

With the attention paid to Stevenson becoming a gateway to future opportunities, it’s only natural to ask about what he has planned. It will be interesting to see whether there are a signing on the horizon, as well as what changes once he fires up album number three.

“My goal for the next 12 months is to bring my show overseas”, he defines, claiming that while Australia is the best place on the planet, “the market for the type of instrumental metal music” he makes is “very small”. “Most of my followers are from overseas, particularly America”, he clarifies. “so I think it has a lot of potentials to be a great success to perform there”.

Oh, and there’s one more thing he’s excited about. “They have this place called Rossco’s”, he adds. “They serve Waffles with Maple Syrup and Deep Fried Chicken ON THE SAME PLATE”!

ORDER Order “The Sky Is Not The Limit” HERE 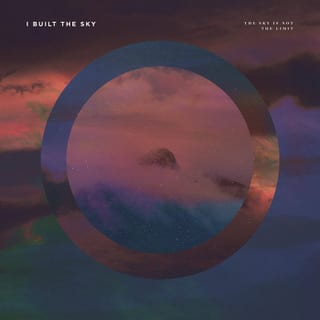 Read more interviews in the HEAVY Digi-Mag! Out Monthly

Get instant access to all previous issues of the HEAVY Digi-Magazine and 12 more issues!