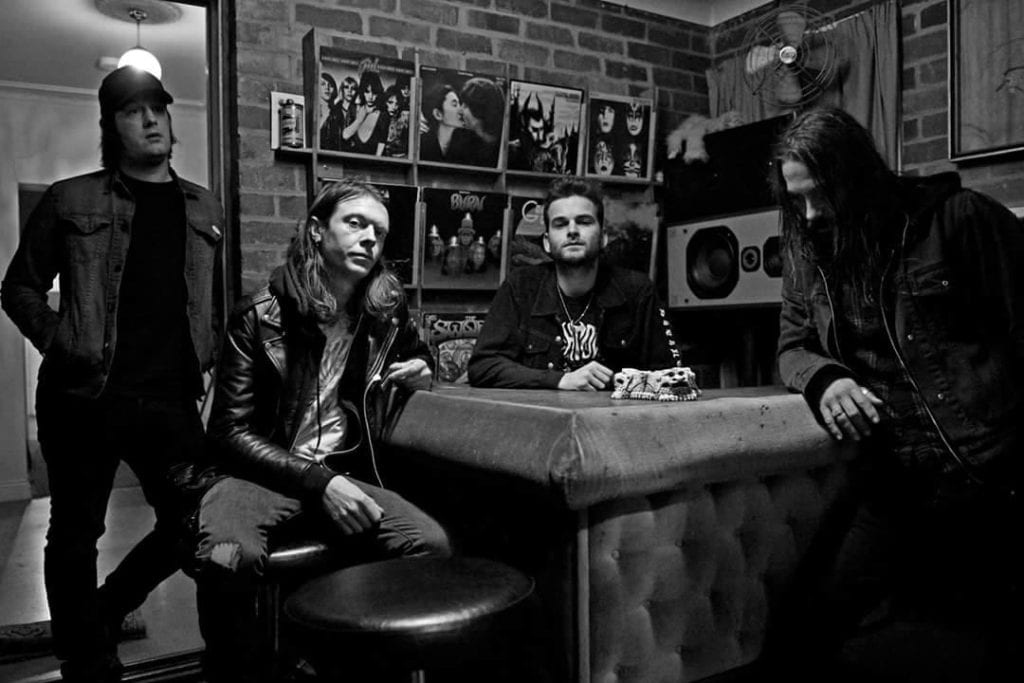 [vc_row][vc_column][vc_column_text]The concept of “skate-rock” has been around for many years and some would categorise Melbourne band, Holy Serpent, in that genre quite easily. While the band members are just casual skateboarders themselves, one might be tempted to think that skating has subtly influenced the band’s sound. Not only in the elements of 70s hard rock crossed with punk values and energy.
But, the music itself is like riding a skateboard: slow grooving passages can shift on a dime into fast thrill-ride riffs. There’s an exhilarating freedom of movement and unpredictability to the sound.

We sent Holy Serpent a quick little Q&A to discover more about them as a band. Listen to their “Temples” EP as you read or skate…

How did Holy Serpent start and was the name inspired by anything?

It started with Scott, Nick, Weed & Riffs. The name came from snake worship. Snakes serving as the symbol for Satan. It was going to be called Holy Satan but there was already another band from Wagga Wagga called Holy Satan so they went with Holy Serpent…

Who are the band’s main musical influences?

Is there any new music the band listen to that they would recommend?

YLVA is a making some music I would highly recommend. Watchtower & Hobo Magic are all round favourites too.

Does the outside world have any influence in any of the lyrics?

I would say you nailed it; snakes, aliens and Satan haha. We do tend to go other places when we are building songs if you know what I mean.

The band are referred to as a stoner/skate rock band. Could you describe the meaning of skate rock for someone who has never heard of it before?

We have been described as stoner/doom/psych in the past. Skate rock makes me think of that Bovril Lavigne chick.

I used to have a trick called the Big Bartos! I don’t know about the other guys, I think they go OK on a board. I don’t know what skate rock sounds like either and would be unable to describe it I’m afraid.

How was the crowd response to the recent Temples album release tour?

Great response so far at the shows.The songs are fun to play and we have a good energy on stage.

Having supported big-name artists such as The Sword and Truckfighters in January earlier this year, are there any other international acts the band would like to tour with?

Melvins or Bovril Lavigne would be nice.

Are there any up and coming Aussie acts worth checking out?

Are there any words of wisdom the band would like to leave with their fans?

Train yourself to let go of everything you fear to lose.

Check out our review of Temples here:

SOILWORK With New Song And EP