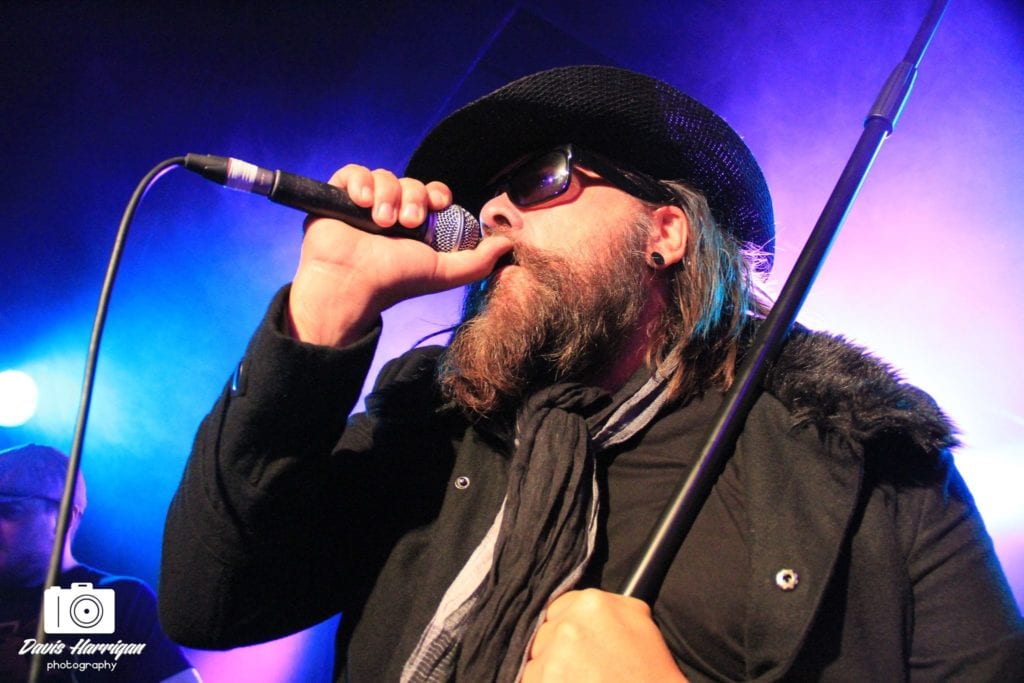 The sound of pure, loud, amplified guitars is a beautiful thing.

It’s precisely the sound that filled The Corner Hotel in Melbourne last night on Friday, June 2nd. Ripping Australian rock ‘n’ roll, and Electric Mary was there to lead the pack. Joining them for the ride, Dead City Ruins, Tequila Mockingbyrd, and Dirt River Radio. Just the names are enough to make you salivate.

Since 2004, Electric Mary has been creating waves around Melbourne, Australia and many other parts of the globe, in little corners to the big stages at international festivals. It began with their roots of a chance meeting in New York with Mary Campbell, which was the catalyst for the band’s name, and then to major tours and hunkering down in the studio and producing incredible rock and roll. For Rusty Brown, Electric Mary’s blazing frontman and amazing vocalist, is (at the time this interview was taken) not only passionate for their hometown show but also very eager to bring some fresh, new music to the band’s hometown crowd.

“This year, we decided we would stay in Australia and pay back the fans who have been with us from the start,” Brown said.

It’s the band’s second Melbourne show for the year, having played at The Sooki Lounge in Belgrave in April.

If you sifted back through the archives, Electric Mary’s music catalogue – from “Sail On”, “Let Me Out” and the growling “Nicotine” is vast and packs a gritty, powerful punch – and Brown is adamant there’s something for everyone.

“We’ve got new tunes, we’ve pulled out one we haven’t done for a long time, and we have some homage to pay to one of the greatest.”

The huge momentum built off the back of Alive From Hell Dorado, the band’s first live album, has resonated tremendously with the Australian fanbase and those in Europe, where a whirlwind month-long tour in October 2016 saw the band play across the continent.

“It [the tour] was so good… From day one, everything ran like clockwork,” Brown enthused.

“Alive in Hell Dorado was a complete buzz for the folk from the Basque Country, and the record helped build the shows the further we got into the tour.”

Alex Raunjak, Electric Mary’s bassist and also the vocalist for Dirt River Radio, is so key to the band, as a musician and person, Brown said.

“He’s the Rock to Pete’s (Robinson) Roll. He has this thing that’s unexplainable, an old school mentality, play it tough, play it loud, play it for real. I love that, and I need that.

“We’ve also been able to keep the band together when losing so many members.”

There’s a change behind the sticks after the departure of drummer Davey Porter, but not the sound and approach of the Marys, and Brown is always looking towards the horizon.

“We looked around for a few months, but it wasn’t until an old friend [Spyder] put his hand up that we found the missing link,” he said.
“It’s onwards and upwards from here nothing changes; we are a rock band paying homage to the past, and moving into the future.”

Electric Mary was a recent headline act at the Man Club Benefit show at the Memo Music Hall in St. Kilda, a night not just for live music, but for the community as well.

“Alex was the man working with Jackie Favours to create an environment where men could openly talk, without feeling that they are weak and not a man. Everyone should feel like they can talk to anyone at any time,” Brown said.

The music story? It’s been told for decades now – and Electric Mary brings it one way; the way it used to taste.

“We didn’t invent the wheel; rock ‘n’ roll has been done so well for such a long time, we just put on a new set of tyres and are taking it for a spin.”