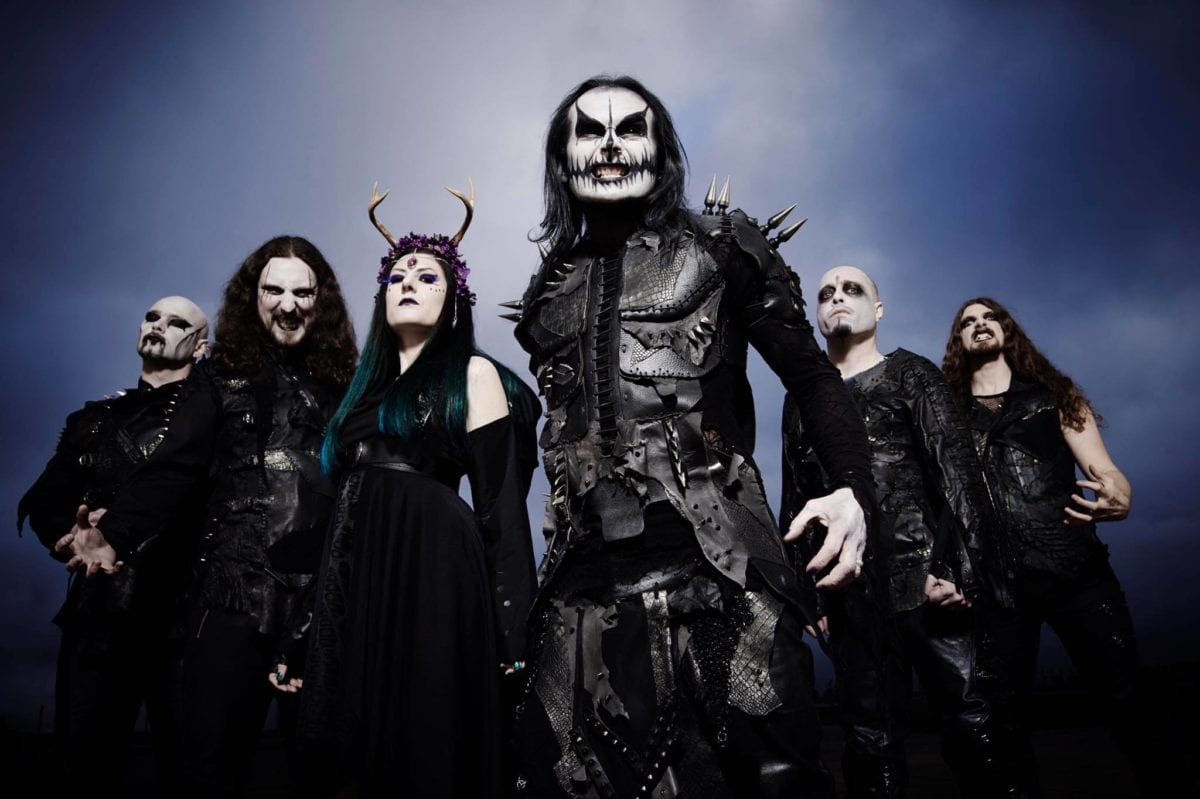 Sometimes the planets just align themselves perfectly when you are doing an interview. As Heavy Mag is talking to the legendary Cradle Of Filth frontman, Dani Filth about the Gothic history of Europe, suddenly all hell breaks out at Dani’s end, and he exclaims loudly: “F**K. What the f**k was that?” With perfect timing, the heavens have opened outside complete with thunder and lightning… now, you can’t get more Gothic than that.

Dani doesn’t let fright put him off though, and we manage to have a great chat about Cradle’s magnificent new album, Cryptoriana – The Seductiveness Of Decay. Dani begins our chat by confirming that the album was heavily influenced by early-Victorian Gothic culture. “We started the writing process singularly,” explains Dani. “We made the conscious decision, because we were doing a festival in Slovakia, to go out to the Czech Republic to Brno – the Czech’s second biggest city, home to Marthus and Ashok (the drummer and the guitarist from Cradle Of Filth) – and do a little bit of team building and to collate all these ideas that everybody had been coming up with, and it was really successful. I mean, it was a bit of a holiday as well and allowed the band to be very casual and have a laugh, but it culminated in a festival appearance, but it was a very prolific songwriting session, everybody had done a lot of work, and they brought a lot to the table. Then at the end of August, we realised that we had the bulk of an album rather than two, three, four songs and some random ideas, so I was put in this predicament that I had a lot more work on my plate then I thought that I would have. I was little bit panicky and then when I was trying to find something to hang the album around – a theme – it dawned on me that I am reading a lot of Victorian. Not only horror stories and ghost stories but adventure stories – things like the work of Haggard that did King Solomon’s Mines. So when I sat down and thought about it, it just seemed natural to set the album in macabre Victoria, about being songs inspired by Victorian Gothic horror or its place in Victoriana, or inspired by the stories that the Victorians liked as well – and their mythology. It is just inspired by the stories that the Victorians liked – that classic mythology – but I also wanted to capture all the trappings of spiritualism, mesmerism and séances.”

So did that mean that Dani had to do a lot more research? “Not really because I already knew a lot about it,” he admits. “In fact, I don’t know why we haven’t done more before. I mean, we have done a lot of things that have been inspired by Victoriana in the past but not a fully-fledged album that is hinged around it. So I knew a fair about it and the Victorians not only did they like these penny dreadful – which were like these little pamphlets that would surface once a week and you would pay a penny for, hence the title – and there would be these illustrated running stories that went into hundreds of chapters about vampires and pirates, aristocratic female poisoners. There was something quite macabre about it, but there was also the undercurrent of death prevailing in that era, whether that be keeping the British empire afloat by making more abroad or just cholera and disease running rife amongst the lower classes. The middle classes were very much into this new science, as it were, which was spiritualism, finding the ability to try and contact the dead. If you look back at some of the literary figures and some of the concepts that came out – like Jack The Ripper, Sweeney Todd, Jekyll and Hyde and Dorian Grey. It is pretty rife with the macabre – they were very fascinated with the ideology of death and even Egyptology. They did things like sitting around and talk to the dead, even get photographed with them, even things are done to like having a bell pulley system in coffins because people had this fear about getting buried alive and then there were grave-diggers would dig up bodies to sell to scientists. So yeah, the Victorian era did exist under the melancholic pathos.”

The talk of Gothic Europe leads me to ask Dani whether he explored the Gothic culture of the Czech Republic while he was there. “Yes, there is Chamber Of Bones there,” he says. “There are literally thousands of bones arranged into patterns and skulls, which was cool. I went to a Cathedral and to a castle, the town we were in itself is magnificent, and actually, it is a city. Because it is the second largest city in the Czech Republic, it is big, but it didn’t seem that big. The people are very friendly, and it is very medieval, it’s got a lot of great bars which is helpful. We had a very good time there… it was inspirational.”

As talk turns to Cryptoriana – The Seductiveness Of Decay, we talk about the fact that while the album has the classic Cradle Of Filth feel to it, there is also a freshness to the album. “Yeah, I think that’s because we’ve used the same producer again,” agrees Dani. “We’ve also used the same studio again but at the same time because it is a new album we’ve tried to flavour the album. There were some things that we endeavoured to change. There was no big, bombastic intro or outro. Instead, we tried to put them into the confines of the song. We utilised the live choir – we recorded that in the Czech Republic at the beginning of this year. That was overseen by Marthus, our drummer, with the emphasis on the lead soprano, so we had that eerie, ghostly, female sound. There are a lot more guitar solos on the record and a lot more emphasis on twin-guitar harmonies and big, bombastic drop downs – so you got this sound like a huge Gothic landscape… more like our earlier work.”

The interview takes a turn towards sadness when I learn that in the days leading up to the interview, Dani discovered that Cryptoriana – The Seductiveness Of Decay had been leaked online. “I spoke to Nuclear Blast yesterday and discovered that they have had several albums leaked including the Paradise Lost album, but luckily they have managed to shut it down quite quickly,” he says with a disappointed tone in his voice. “It does annoy me because a lot of work has gone into this record – and any record, in fact – and there is all of that build-up and work from the record company to put it into perspective and into form and give it a presence in the market place, etc., etc. Like when a movie comes out, and you see trailers, it’s all been built up, from the very genesis of the record, through to the studio and the extra players. [There’s] management looking after to it, and then you have some silly little twat who decides to put it out online, and I don’t see the purpose of doing it. I think it is just a vicious thing. But it explains the current status of music, doesn’t it? A lot of people think it’s their right to download music illegally and then you’ve got these platforms like Spotify where you just pay a very minimal fee, which most people don’t, to get as many albums as possible. I don’t know where this divine right comes from that people think they have, but I mean you wouldn’t just walk into a grocery store and help yourself to food. I feel so strongly about the whole pirating thing because I just think it so f**king selfish.”

As a huge Cradle Of Filth fan, I couldn’t help but ask whether the band would be touring Australia soon as part of their world tour. “We are very excited to be doing these tracks live,” he says. “Yes, we are coming to Australia. I believe it might be the end of April and the beginning of May. We have a very prolific eight week tour of Europe in mid-January, then we go to Central America and the States, then it is Japan, Australia, Indonesia, the Philippines, and then we are back here… but that is enough for now, we’ve got some plans after that, but they aren’t set in stone. Our manager is rebooting the band, and he is very tight on synergy and wanting things to be announced in their rightful time, so all those dates will be announced very soon. But we will definitely be coming back to Australia.”

Cryptoriana – The Seductiveness Of Decay will be released on 22nd September.