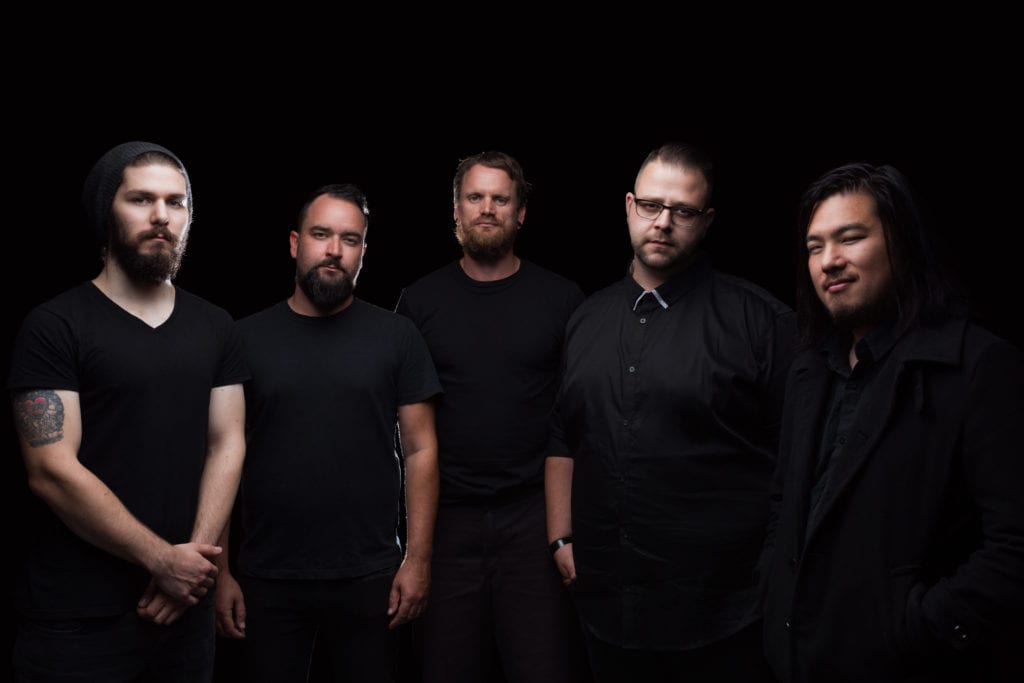 “On that first listen, we kind of want people to second guess, is this Circles or not?’

Melbourne progressive five piece Circles have their sophomore album coming close to completion, and many of their existing fans may be a little surprised by what they have come up with. Drummer Dave Hunter tells us that they made a conscious decision in the early stages of the writing process to take quite a large step out into left field, to not do what their audience expected, to have a fairly major ‘change of direction’, if you must.

However, the idea is more to ‘challenge’ that audience rather than to actually alienate the fans that have made them one of the more high profile heavy bands to break out of Australia in recent times.

“It’s not drifting too far away from what we do,” he qualifies, “but that’s the way it’s coming out.”

When an established band changes midstream in this manner, it begs the question as to what inspired them to undertake such a stylistic shift. In Circles’s case, there are several reasons, the adventures they have had touring overseas in recent years being a major one.

“I think, doing the touring that we did with bands like Dillinger and the Monuments guys and stuff, just some different bands that were on those tours, we just came back with a different vibe,” he reveals, “we definitely want to still keep a strong element of Circles in there, but put it this way it’s not going to be like (debut album of 2013) Infinitas.”

Hunter is happy to give HEAVY readers a teasing glimpse into what the new stuff is sounding like. “I feel that Infinitas was what it was, it was a progression from (their earlier EP) The Compass, so it’s going be that again, just in a slightly different direction. A slightly more accessible direction, I’m feeling. Accessible but a bit darker as well.

“That’s the general vibe we’re feeling about it at the moment. We think it’s pretty cool!” He laughs.

He tells us that it wasn’t any specific song, show, or even conversation that he and the other members of Circles had with those bands, it was more about generally absorbing and basking in their overall vibes.

“It was more how they presented themselves live, and just their music in general,” he recalls, “a band like Dillinger, they’re definitely not a ‘djenty’ sort of thing. It was just the general energy and vibe that we got from those bands. We came back and we didn’t want to write what we’d been writing any more.”

The idea was to break free of some the constraints that were placed on them playing their original style. “We just wanted to delve into something a little more…not that the new stuff is really chaos, I can’t really compare it to Dillinger or anything, but it’s just taking that different approach. And kinda not being so bound to your instrument when you’re playing live. Just being a bit more free with it.

“I’m not a fan of overly technical music anyway. When you’re playing that type of stuff you’re kinda constantly thinking and focusing on it, you’re bound in that live sense to want everything to be note for note perfect, when at the end of the day we just want to play a fuckin’ fun rock show!” He laughs again.

“It just doesn’t have to be so clean and nice.”

In the meantime, while we wait for their new stuff and their new direction to be uncovered, the band are heading off around the country, where they will give us another brief, teasing glimpse of what’s to come.

“We’re going to play a couple of new tunes,” he says, “if you count (lone single they released a few months back) Sand and Wind as new, I think that’s still pretty fresh as far as playing it live goes. But yeah, we’re going to sneak another new one in there as well, a song called Winter. That will make an appearance across all the shows.”

Hungry punters are going to have to wait just a little longer for new Circles material however, as the new release is unlikely to be out this year.

“At this stage the plan is to release in early 2017,” Hunter says, “that’s kind of our deadline, that’s what we want to stick to. We want to be into some heavy touring by June-July-August next year, whether that be here or overseas or all of the above. So to meet that requirement, it’s got to be out by early ’17.

Longer term, they have set themselves to dual goals of getting overseas more frequently, and doing so with a stronger focus on festival shows, and also doing more runs around their home country. This may include getting more off the beaten track as well.

“A big band goal, or even just a personal bucket list this, is for us to do a run of festivals,” he says, moreso that club shows, next time.

“But really our long term goals are to just get back into that overseas touring cycle. And more extensive Oz shows as well, potentially hitting not just the major cities. Giving the regional areas a bit of a go as well. Just getting the word out there by touring more, rather than just on a Facebook page!”