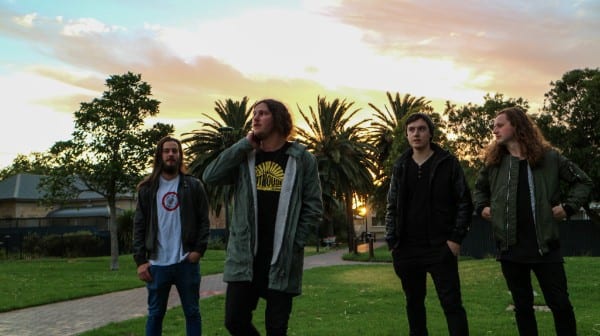 South Australian rockers Indiago have returned with their new single Gusto; a warm blend of ambient guitars and huge sound to deliver a breath of fresh, rocking air.

Off the back of their independent release Loose Change last year, their new trackGusto is a testament to the complexity and diversity of the young band’s songwriting.

After heading back to their Adelaide Hills-based studio, managed by new addition to the band, Matt Cooper, the four young lads have emerged with one of their most uplifting and soulful songs to date.

“We’ve been through a lot of changes over the past twelve months,” says frontman Will Solomon.

“I think this is a perfect example of where we’re at musically, and the song stands as adedication to those who’ve stuck with us.”

The smooth, warm tones of Solomon’s hollow-body guitar open up the song beforediving into a driving bass and drums section by Matt Cooper and Shane Cox. Soulful, delicate vocals cut across the mix, helping to mould the first verse.

After a catchy, pre-chorus vocal lick, the song returns to the opening guitar riff before bounding into a fast-paced second verse and, finally, opening out into a huge, anthemic chorus.

You can discern elements of early Kings Of Leon, alongside the massive sound of Gang Of Youths and Foo Fighters, which comes as no surprise as they’re among some of theband’s biggest influences.

“There’s this idea of someone sticking by your side, regardless of the outcome, free of selfishness, and full of encouragement,” says frontman Solomon.

The song stands as a tribute to the band’s longtime supporters and a testament to what these boys are capable of.

Gusto hits all the right notes as a rocking tune with a heartfelt message that all listeners can relate to.